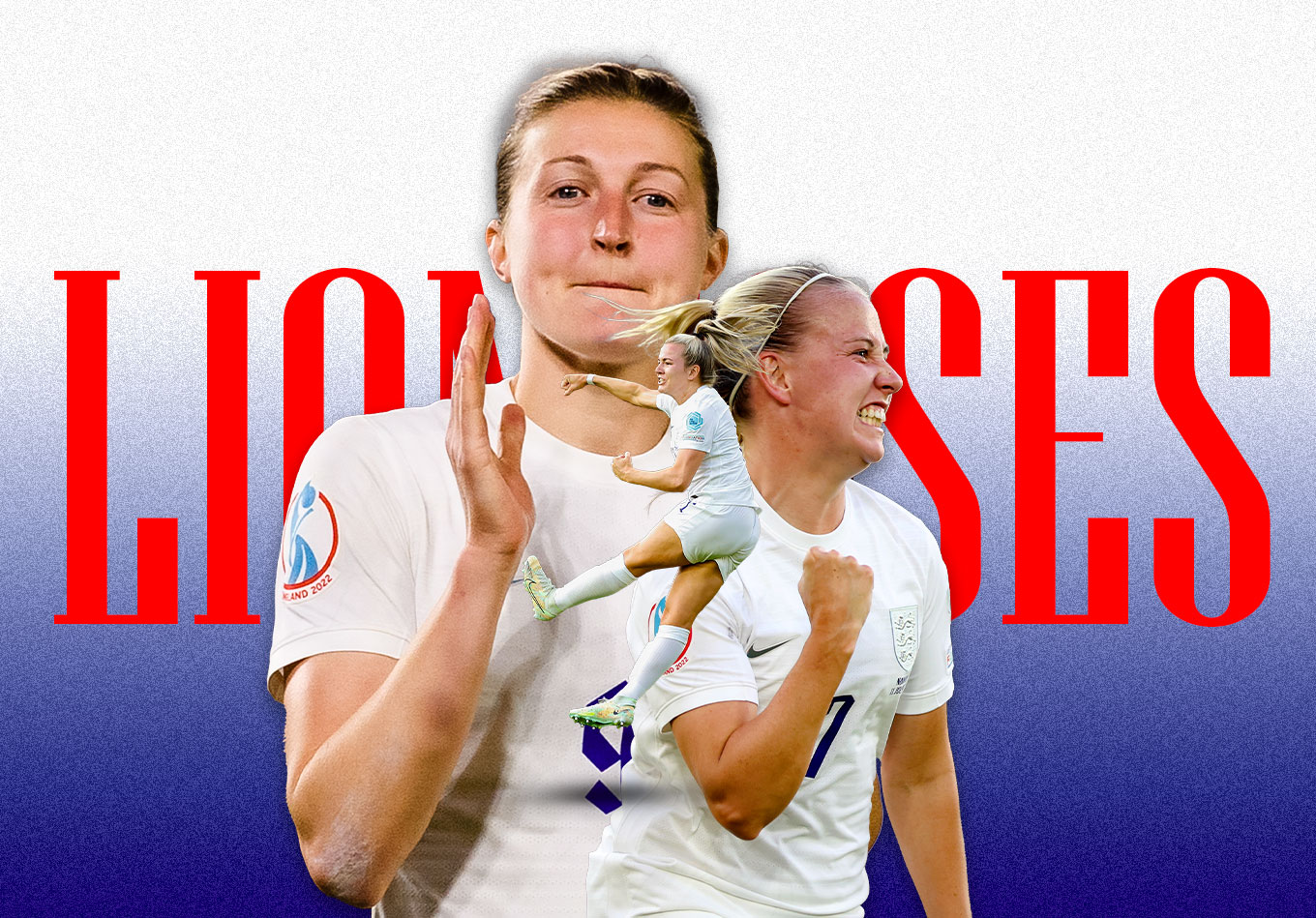 England made it out of their Euro 2022 group with even more ease than anyone expected. Our supercomputer gave them a 56.9% chance of topping it but a 1-0 win over Austria followed by a record-breaking 8-0 win over Norway ensured they topped the group with a game to spare. They finished it up with a 5-0 win over Northern Ireland, meaning they have had 100% records at back-to-back European Championships group stages, having also won all their games in 2017.

They’ve coasted through the group stage, breaking heaps of records along the way. But are they legitimate contenders to lift the trophy at the end of the month? We assess their title credentials.

England have scored an incredible 14 goals in the group stage, the most ever by a team in one single group stage of the tournament. Their 8-0 win over Norway also broke their own record for the biggest win at a Women’s European Championship. And by following it up with a 5-0 win over Northern Ireland, they became the first team to score 5+ goals in consecutive matches at the Women’s Euros.

Key to England’s goalscoring exploits has been Beth Mead, who we picked out in our Group Previews as a player to keep an eye on. She is currently the tournament’s top scorer having scored five goals from chances worth 2.6 expected goals. Only Ellen White has a higher xG from the tournament than the Arsenal player.

Remarkably, Mead has scored from every shot on target she has had, and her five goals have entered her into a special group of players:

Part of what has made England so deadly is the difference in styles of play between their two wide players, Lauren Hemp and Mead. Whilst Hemp is more likely to take on a player one vs. one, Mead excels from her off-the-ball runs to receive passes. A case in point was her movement for her goal against Austria where Fran Kirby was able to flick the ball over the top of Austria’s defence for Mead to latch onto. Manager Sarah Wiegman has been happy to switch Hemp and Mead around as games have gone on to probe defences and see which full-back might provide the most joy for each of their styles of play.

Kirby’s role in this side has also been important. Who Wiegman picked as her number 10 was one of the main selection question marks that England still had heading into the tournament. Given Kirby’s lack of game-time in the run up to Euro 2022 as a result of a fatigue issue, it was not entirely clear whether she would be ready to start. But Wiegman has put her trust in her and Kirby has come good, registering three assists so far in the tournament, more than any other player. She also scored the opener against Northern Ireland, breaking the deadlock against a stubborn defence, with a wonderful first-time shot from the edge of the area.

England have also relied on Lucy Bronze for their attacks with the right-back returning to a level of performance not seen since her Lyon days. Bronze has rampaged up and down the right flank for England and has been involved in 26 shot-ending sequences of play – the joint highest in the tournament alongside Mead. Five of those have been goal-ending.

Bronze has also created eight chances from open-play, a tally which only two players bettered in the group stages (Fran Kirby and Sara Däbritz – both nine).

Whilst it’s clearly England’s goalscoring that has caught the eye, the Lionesses have also been incredibly defensively solid, keeping clean sheets in all three games. They have conceded an expected goals against total of only 1.2 across their three matches, the lowest in the tournament so far despite already playing three matches, and only five shots on target.

Mary Earps has also been extremely dependable in goal. She currently has the best goals prevented figure of any keeper at the tournament, having faced 2.7 expected goals on target and conceding none.

Having played Leah Williamson in midfield for almost the entirety of her tenure as England manager, Wiegman has since pushed her back into defence alongside Millie Bright, with Georgia Stanway instead paired alongside Keira Walsh. Williamson offers an extra passing option when she is sat behind Walsh, rather than alongside her, and has given Walsh the freedom to really express herself.

Meanwhile, Georgia Stanway has reined in her exuberance in midfield, which was a concern for a number of England fans. She has currently conceded only one foul at the tournament.

Millie Bright has also lived up to her reputation as being a brick wall and has won seven of her eight aerial duels faced.

England’s stylistic stats have perhaps been slightly skewed by the opposition they have played against. Their utter dominance in all three of their group games have not necessarily given us the best idea of how they might play in a knock-out fixture. Tellingly, England have pressed relatively little, recording a PPDA of 11.1, placing them firmly mid-table in relation to other teams at the tournament.

Particularly noticeable is England’s variety in attack. They currently come second in terms of build-up sequences (51) behind Spain (59), with 15 of their open-play sequences containing 10+ passes and ending in a shot or touch in the box – again, behind only Spain (17). But they also come top in terms of direct attacks – open-play sequences that begin in their own half and have at least 50% of movement directly towards the opponent’s goal. Of the other teams in the top five for direct attacks, England are the only side to have more than nine build-up sequences. That varied style of player makes them a dangerous and flexible opponent, which is particularly useful in knockout football.

Can they go all the way? Our tournament simulator certainly thinks they’re in with a great shout, giving them a 20.9% chance of lifting the crown. That’s fractionally ahead of Germany at 20.6%, and France out in third at 19.9%.  Whisper it quietly: it *might* be coming home.