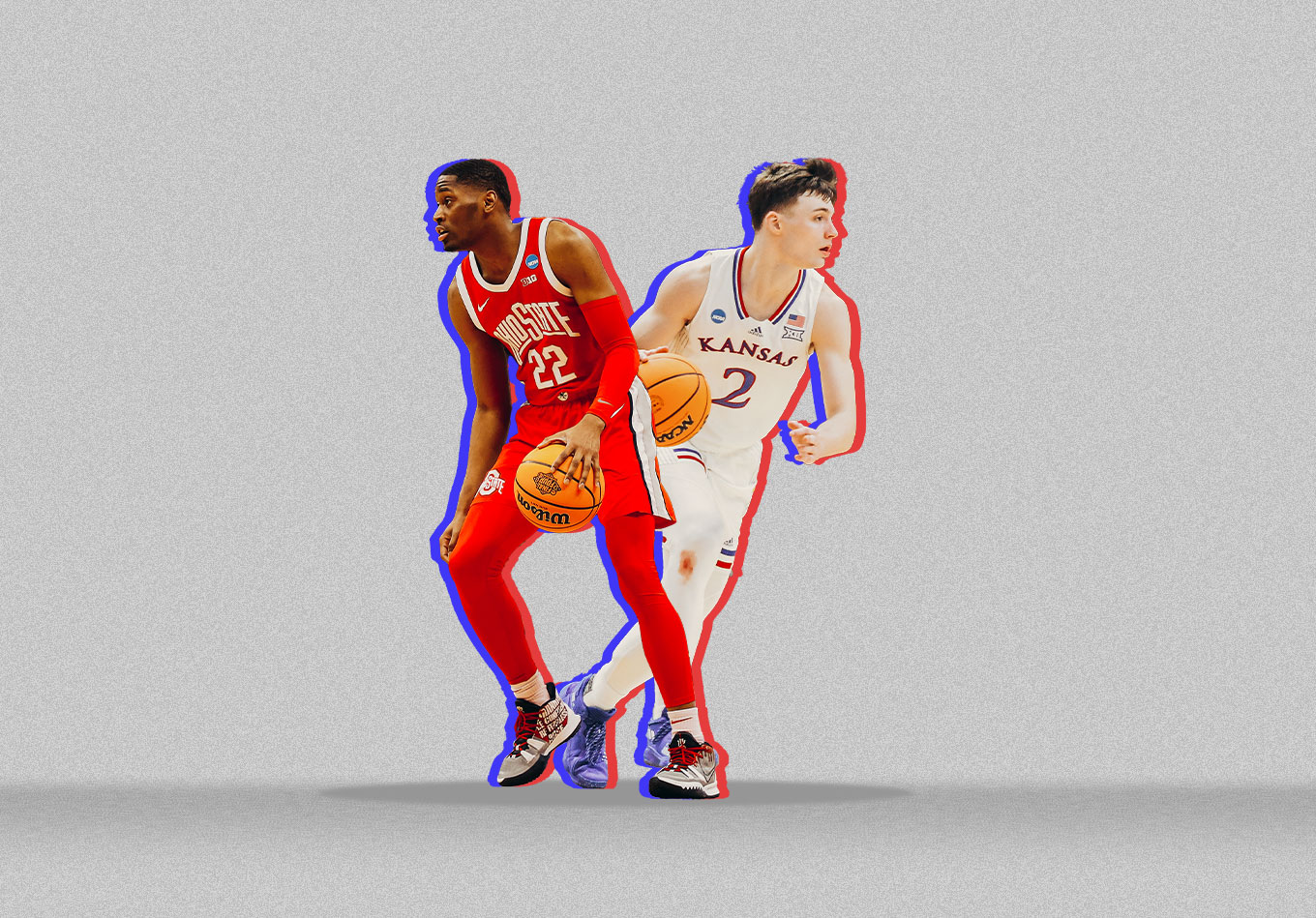 The Golden State Warriors are the NBA champions.

Stephen Curry, a seventh overall draft pick, was the Finals MVP. The other half of the Splash Brothers, Klay Thompson, was drafted 11th. Draymond Green was the 35th pick. Jordan Poole was the 28th pick. Kevon Looney was the 30th pick.

Five of Golden State’s six minutes per game leaders during the 2022 NBA Finals were drafted and developed by the organization. That’s what is at stake for teams on Thursday night, with the Orlando Magic on the clock ahead of the 2022 NBA Draft.

And if finding a two-way wing is the goal of a franchise on Thursday, our new and improved NBA Draft model and its sliders can be adjusted to find the best potential fits and NBA player comparisons at the time they were leaving college.

What about other iterations? Let’s examine two sets of weights, through the hypothetical eyes of two general mangers: A and B.

General Manager A (GM A) is looking for a player with an All-Star type of upside, but mostly a player who has few weaknesses and will act as an elite glue guy. As such, GM A has emphasized shooting and team performance, with on-ball defense slightly behind.

Not unlike the exercise linked above to find a two-way wing, GM A is valuing similar components. However, GM A does not care about the position of the prospect, leaving the bio section at its original weight of 1.0.

On the other end of the spectrum, GM A does not particularly care about how prospects fared in post-up situations and is only slightly more interested in a player’s box scores and screening metrics, likely owing to the fact that the college and international game is vastly different than the NBA.

The results of arranging the sliders in this fashion immediately provide a couple surprises. Dyson Daniels, a G-League Ignite player last season, vaults inside the top five, moving ahead of Chet Holmgren from Gonzaga and Iowa product Keegan Murray.

However, maybe that isn’t the biggest surprise given that Daniels is considered a strong team defender and his 73.7 free-throw percentage should provide optimism that his jumper will translate at the next level. Some of his closest comps include Taurean Prince and Chris Duarte.

The most eye-popping jump, however, belongs to Malaki Branham out of Ohio State. Currently sitting in the late teens in the consensus boards, Branham jumps to ninth on the strength of a strong offensive projection. While his closest comp, Kevin Huerter, doesn’t inspire the most glowing of imaginations, his second-closest comp is reigning NBA Sixth Man of the Year Tyler Herro.

General Manager B (GM B) is going offensive star hunting, highlighting shooting and attacking as the two key elements, with passing also among the top four key factors.

Meanwhile, there are quite a few factors that do not matter at all to GM B and most revolve around the dirty areas of the game.

Rebounding, post-ups, and screen offense and defense all received as little weight as possible as GM B has concluded those are not among the most important factors in attempting to determine potential NBA success in a draft prospect.

The results are mostly the same at the top, as both GMs receive a top three of Paolo Banchero, Jabari Smith and Jaden Ivey.

However, GM B also has a disruption in the consensus top four, as Shaedon Sharpe of Kentucky and his tantalizing skill set falls into the fourth slot.

One final note on the model is the weight of the “Pre-Draft Rankings.” Sliding that all the way down and not caring about the consensus big boards create opportunities for less-heralded players to make some massive leaps.

For GM A, one such player is Christian Braun, a 6-foot-6 wing from Kansas. In the original results (with the pre-draft rankings weighted), Braun comes in at No. 30 with close player comps such as Josh Hart and Desmond Bane – two players who were both taken with the 30th pick in their respective drafts. If the constraints of looking for players with similar pre-draft rankings are removed, Braun comes in at No. 7 and Caris LeVert enters the fray as an extremely close player comp.

For GM B, one notable example is Nikola Jovic, who moves all the way up to second in the rankings after checking in at 16th initially. A 6-foot-9 wing who plays like a guard, his rise makes sense as a mostly offensive player who struggles on the defensive end. Kevin Porter is a frequent comp for Jovic.

However, one player who is not among Jovic’s top-eight comps in the original results but rises quite highly in the updated results is Jayson Tatum. Why? Well, excluding pre-draft rankings allows the pool of similar players to Jovic to expand, and Tatum, who was a consensus top-five player coming out of Duke, has some of the same characteristics as a 6-foot-8 wing who can handle and shoot.