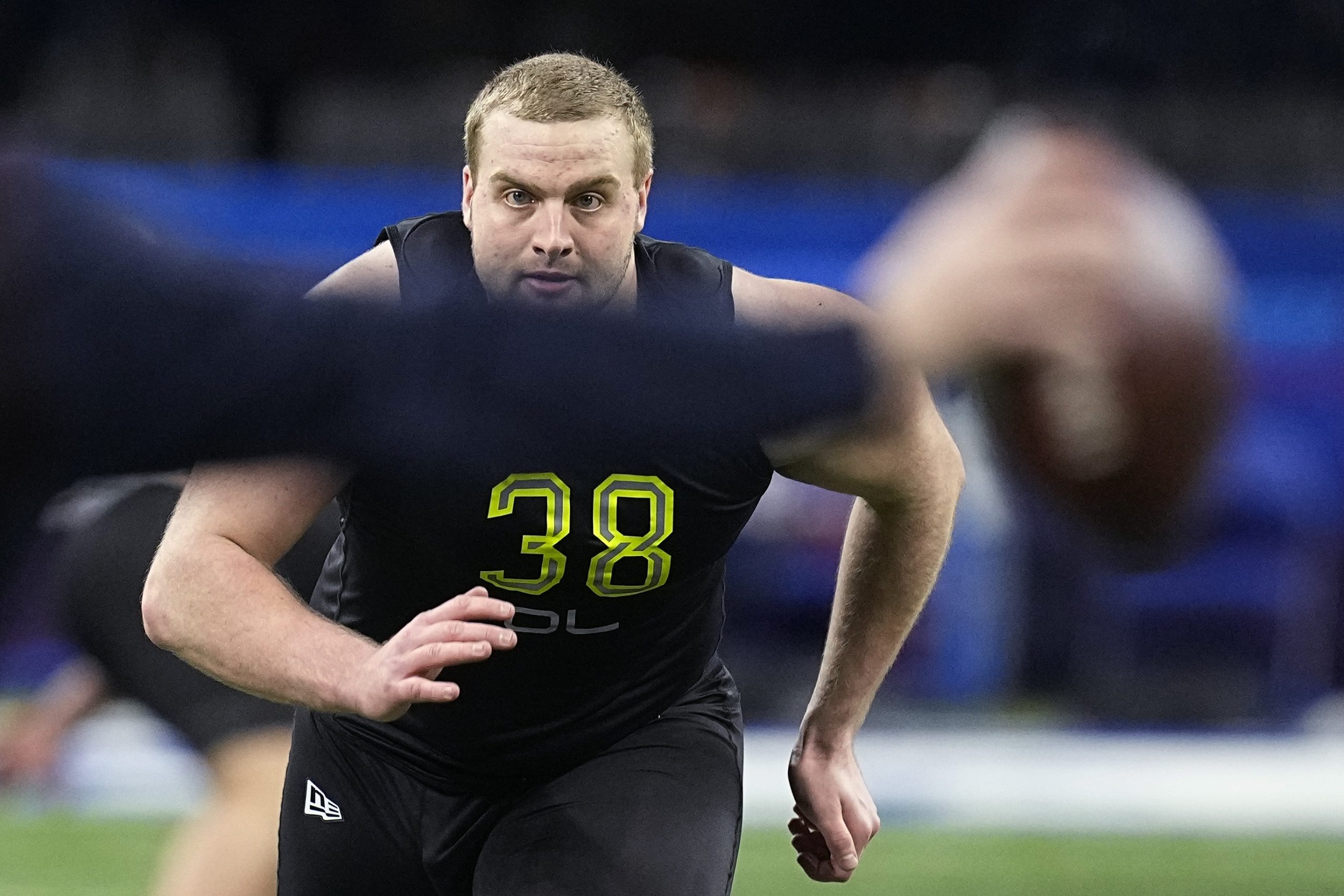 The offensive line is usually a go-to position when NFL team evaluate FCS players for the annual draft.

This year, Northern Iowa offensive tackle Trevor Penning is generally projected to go in the first round of the April 28-30 draft, and he will be followed off the board by other FCS O-linemen.

(Former FCS players drafted in the first round)

Can you break down UNI offensive tackle Trevor Penning’s skills and make an NFL comparison to him? While we’re at it, given the strong group of FCS offensive linemen, who do you consider to be second-best on the list?

“Penning is someone who has the right temperament to play at the NFL level. Yes, he’s brash, cocky or whatever you want to call it, but the kid can flat-out play. He’s got both the size and length you look for, and will be someone that could step in and play as a rookie, and play rather well to be completely honest. He actually favors last year’s UNI draft pick in Spencer Brown, who is now with the Buffalo Bills. I guess Northern Iowa knows how to both recruit and develop O-linemen, huh?

“Braxton Jones out of Southern Utah would be the next in line coming from the FCS ranks. You go back and watch his game against San Jose State and you see him dominate all throughout that game. I always tell folks that there isn’t much difference from the top-tier FCS conferences and the G5 FBS conferences. The only difference is the number of scholarships, because if we’re keeping it all the way 100, the talent is about the same.”

“Penning has had a bit of an interesting journey. He’s the typical undersized offensive tackle that originally started his career in football primarily as a tight end before transitioning to offensive tackle. At 6-7, 320, he has prototypical size for the position. His athleticism combined with his physicality are the two traits that sit at the top of the positive column on his scouting report. He’s a nasty and mean blocker that plays the game with bad intentions. There’s a possibility that Penning could be selected by the Carolina Panthers or Seattle Seahawks, who own the No. 6 and No. 9 overall picks.

“After Penning, one prospect that I like a lot is Chattanooga interior blocker Cole Strange. After playing guard during his career there, he primarily played center during the pre-draft process. Listed as one of my biggest standouts from the Senior Bowl, at 6-5, 307, he has a strong anchor in pass protection combined with being an athletic mover as a run blocker. Likely to become a third- or fourth-round pick, he has the traits to become an early starter at center or guard for teams that incorporate zone blocking-scheme principles.”

“The Northern Iowa mauler is the NFL version of Dennis Rodman – you hate to play against him, but you love him if he’s on your team. What endears Penning to NFL teams is that he plays through the whistle, almost to a fault. He will need to reel in some of his penalties as he transitions to the NFL, which can be somewhat correctable. However, his immense talent level outweighs some of the funny business that transpires after the play.

“Penning possesses great size, strength, toughness and has been praised by the Panthers coaching staff for his strong work ethic. A late bloomer, Penning arrived to Northern Iowa with little fanfare before bulking up 75-100 pounds during his collegiate career and developing into their starting left tackle. He is a throwback in the mold of former Philadelphia Eagles ‘tough guy’ Jon Runyan, who was one of the more dominant right tackles in recent NFL memory.

“The race for the second offensive lineman chosen will likely come down to Southern tackle Ja’Tyre Carter and Chattanooga guard Cole Strange.”