The Need for Speed: Does Jameson Williams Fit the Profile of Today's NFL Receiver? | The Analyst 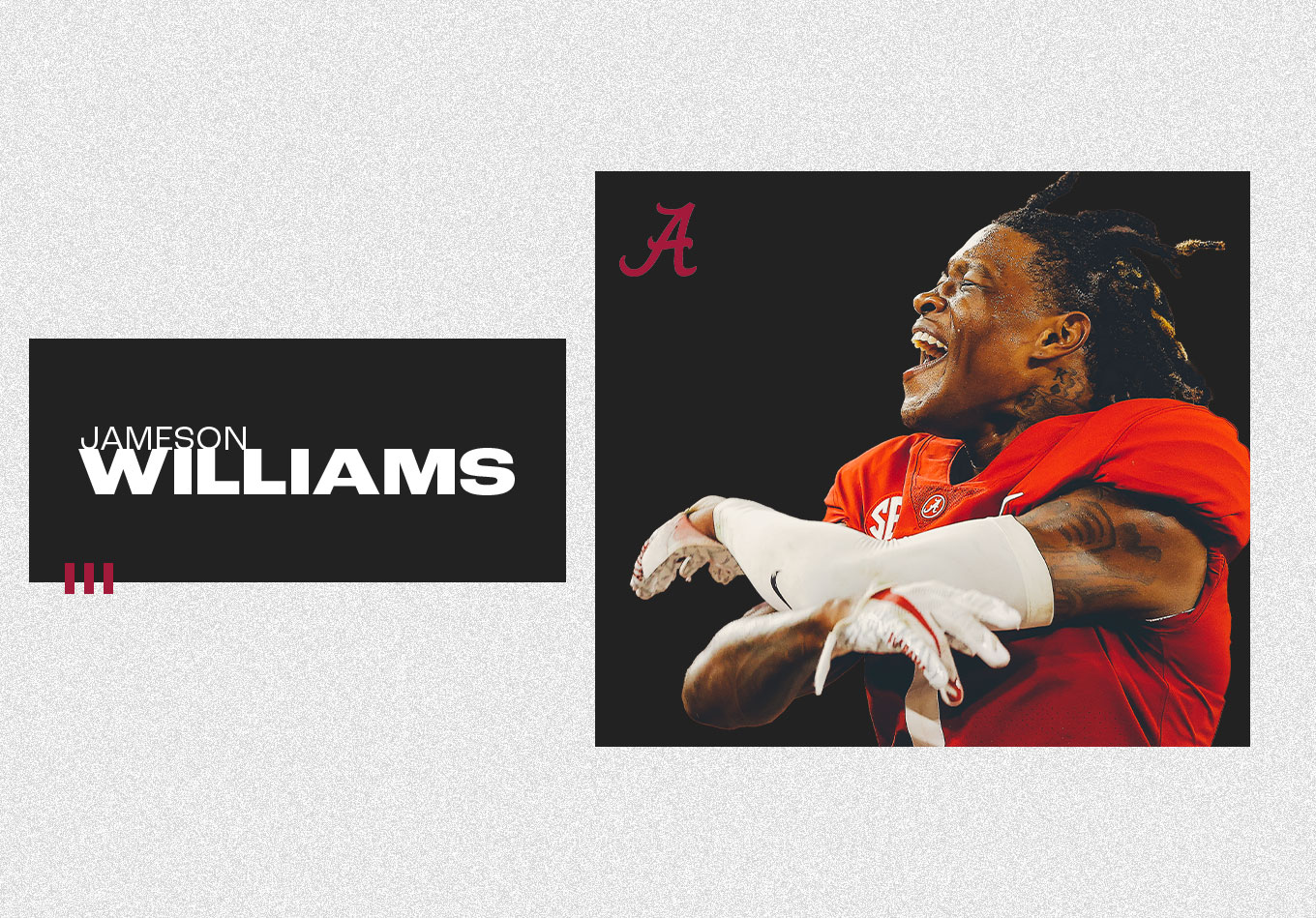 The Need for Speed: Does Jameson Williams Fit the Profile of Today’s NFL Receiver?

Speed is a highly valued asset in the NFL and if you needed any reminder of the premium the league places on wide receivers who can create separation with raw acceleration, it arrived during perhaps the wildest offseason in history.

A frenzy of blockbuster trades was capped off last month by the Miami Dolphins parting with first- and second-round picks in this year’s draft, two fourth-round selections and a 2023 sixth-rounder to acquire Tyreek Hill from the Kansas City Chiefs.

Miami subsequently made Hill the highest-paid wide receiver in the NFL by signing him to a four-year, $120 million contract extension, including $72.2 million guaranteed.

The price teams are prepared to pay for speed receivers of Hill’s caliber is an extremely promising harbinger for wideouts in this month’s draft who share his ability to take the top off of a defense.

Among another uber-talented class of players at the receiver position, one man stands above the rest in possessing that specific trait: Alabama’s Jameson Williams.

Williams’ hopes of going in the first round took a huge hit when he tore his anterior cruciate ligament in the national championship game in January, ending a sparkling sole season with the Crimson Tide after he transferred from Ohio State.

Yet between the significant advancements in ACL recovery – giving Williams a chance of making an impact in his rookie year – and how desperate NFL teams are for big-play receivers who can flip the field in an instant, it still appears likely he will hear his name called on the first night in Las Vegas.

A first-round draft status would be the least Williams deserves, with the advanced metrics and his Alabama tape combining to paint a picture of a receiver who isn’t only the top deep threat in the draft, but also has an extremely compelling argument for being considered the best all-round receiver in this deep class.

Williams’ injury meant he was unable to take part in any pre-draft athletic testing, but while teams have not had the chance to put a 40-yard dash time next to his name, the impact of his speed was obvious during a brief but ultra-productive stay with Alabama.

Having made only 15 catches in two seasons at Ohio State, where he played behind two receivers expected to go in the first round in Garrett Wilson and Chris Olave, Williams took full advantage of his opportunity to shine down in Tuscaloosa.

Williams racked up 79 catches for a team-high 1,572 yards, while his 15 touchdown catches tied for third in the FBS.

Nine of Williams’ 15 touchdown catches were for 40 or more yards and no player in the FBS produced more than his nine receptions of at least 50 yards. That was four more than Jaxon Smith-Njigba, who stepped into his third receiver role at Ohio State.

Landing with college football’s modern-day juggernaut undoubtedly helped his cause, but the 2021 season was one in which Williams’ established himself as the premier downfield weapon in the FBS by separating more consistently and more dramatically than any of his peers near the top of this year’s receiver draft board.

Blending elite speed with lower-body flexibility that enables him to be a substantial threat on double moves, Williams thrived running post-corner and corner-post routes downfield during his time with Alabama. And his proficiency in creating substantial separation while going deep was reflected by his burn rate.

He comfortably led the way in burn yards per target (19.3) – nearly five full yards better than that of his nearest challenger, Cincinnati’s Alec Pierce (14.7) – and was also the cream of the crop in burn yards per route (4.9).

In other words, none of the other receivers anticipated to be in the first-round conversation came close to generating as much separation as Williams, who was the class of this field when it came to defeating his defender’s coverage.

Yet in the endless quest for mismatches that is the NFL in 2022, it’s not just Williams’ success in separating that makes him such an intriguing prospect. It is the varied nature of a skill set ideally suited to where modern passing games are going.

Hill coalesced perfectly with Patrick Mahomes during their time together in Kansas City and as quarterbacks blessed with Mahomes’ extraordinary arm talent become the archetype in the league, there figures to be an increasing demand for receivers who can get behind the secondary along with wideouts with the size and catch radius to mitigate inaccurate throws.

Williams may not have an intimidating frame at 6-foot-2 and 189 pounds, but he does possess outstanding ball tracking ability and the body control to turn off-target throws into completions.

Elite receivers of all molds – from route-running aficionados Cooper Kupp and Davante Adams to yards after catch monsters like Deebo Samuel and the Tampa Bay Buccaneers’ physically imposing duo of Mike Evans and Chris Godwin – are spending an increasing amount of time playing, and thriving, from the slot.

Winning inside and out is a prerequisite for top-tier wideouts at the NFL level and that’s a box Williams checks emphatically.

Able to win with patient and intelligent footwork at the start of his route and through varying his route speeds, Williams’ physical gifts have seen him develop into a substantial threat to pick up yardage after the catch on underneath routes that can be run from the slot, with his advanced metrics when lined up inside nothing short of astonishing.

Those numbers dwarf his still impressive statistics as an outside receiver – 15.5 burn yards per target, 3.6 burn yards per route and a big play rate of 41.7% – though that disparity is largely a product of Williams running a lot of his deeper routes from the slot.

Indeed, Williams’ average depth of target from the slot was 19.3 yards, compared to 11.5 yards from the outside.

Such a gulf is unlikely to exist in the pros. In a league so heavily influenced by Kyle Shanahan and Sean McVay, and their offensive system, Williams should expect to see his speed utilized to stretch the field horizontally as much as vertically at the next level. The Dolphins’ aggressiveness in trading for Hill despite Tua Tagovailoa’s arm paling in comparison to that of Mahomes perhaps foreshadowed that teams whose quarterbacks cannot so easily access downfield throws may still be interested in pursuing a burner of Williams’ talents.

But, with the Packers – who traded Adams to the Las Vegas Raiders and lost deep threat Marquez Valdes-Scantling to Kansas City – and the Chiefs both possessing two picks in the second half of the first round, Williams could yet find himself catching passes from either Aaron Rodgers or Mahomes, and executing the best-laid game plans of Matt LaFleur or Andy Reid.

The college football world only got a fleeting glimpse of what Williams could do when given a featured role for a dominant program. More prolonged pain for NFL defenses will come if he ends up landing with a team that can claim to have one of the NFL’s best arms and a sharp offensive mind in its employ.