How Rams Would Adjust if Bengals Limit Cooper Kupp | The Analyst 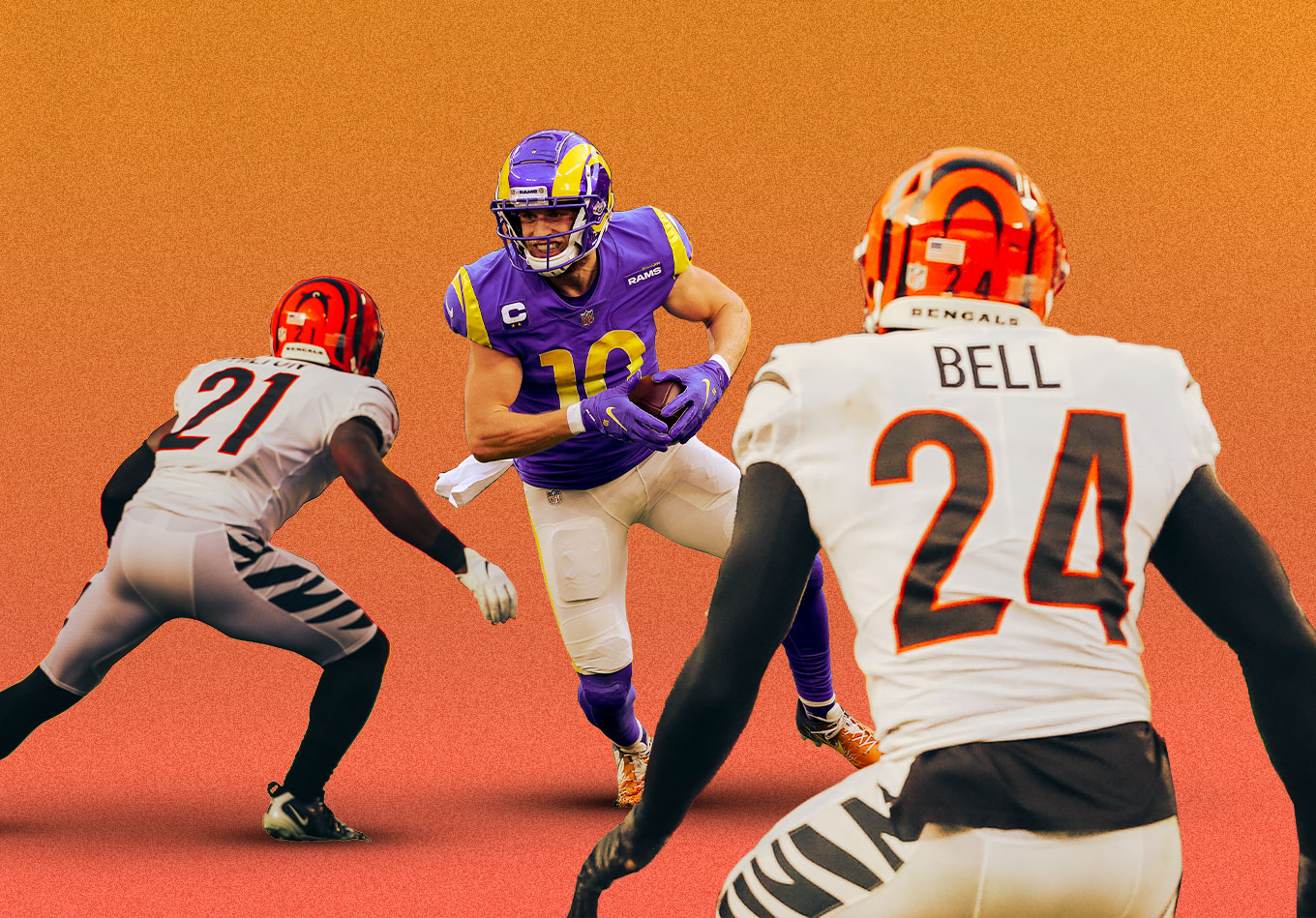 The Cincinnati Bengals surely will be content to contain Los Angeles Rams wide receiver Cooper Kupp’s usual production in Super Bowl 56, but imagine if they do the seemingly impossible and shut him down.

Nobody would be more surprised than the NFC champion Rams. They would be tasked with adjusting their game plan at the worst possible time.

The premise seems unlikely, of course, considering Kupp’s historically great season, but the Bengals wouldn’t be representing the AFC if they weren’t capable of greatness. Plus, who’s more overdo for a subpar performance than Kupp?

In the postseason, he’s somehow built on securing just the NFL’s fourth receiving Triple Crown – the most receptions, receiving yards and touchdown catches – since 1970.

Following is what Kupp does to stand out time and again, how the Bengals could change that scenario, and what the Rams would have to do if everything turns wacky for them on Sunday:

Generally a slot receiver, Kupp basically hauls in anything and everything that comes his way from quarterback Matthew Stafford.

He was the league’s most targeted receiver in the regular season (191 times, 22 more than any other player), and it’s continued in the postseason (32). Along the way, he’s compiled a mind-blowing 170 receptions, 2,333 receiving yards and 20 touchdown catches over 20 combined games.

Kupp’s dominance emanates from what’s often regarded across the league as near-perfect route running. While creating enough separation from a defending cornerback, Kupp will turn out toward a sideline opening or find a hole in the middle of the second and third levels of a defense. He’s produced the league’s most yards after catch (1,021) and a record 27 catches of 25 or more yards (his 23 in the regular season were even a record), and he ranks No. 1 in burn yards per route (4.1), a metric that analyzes the receiver-defender relationship by removing quarterback play as much as possible.

The strength of a defense hasn’t mattered much. Kupp has recorded 100+ receiving yards in five of his seven games matched against a top-seven pass unit (one game versus the Chicago Bears and three times each versus the Arizona Cardinals and San Francisco 49ers).

So, yes, there is incentive for the Bengals to focus on limiting Kupp’s production.

How Bengals Can Slow Kupp

Make no mistake, Kupp has faced stronger pass defenses than the Bengals, who ranked 15th in defensive EVE against the pass, 20th in our pass coverage matchup win percentage and 26th in passing yards allowed (4,222) during the regular season. But they play a lot of Cover-2 and Cover-3 zone, which reflected better in them tying for 13th in fewest TD passes allowed with 26.

Actually, the Bengals have had a fair amount of success in defending top receivers. They’ve faced a top-25 receiver 15 times (11 players, but four of them two times each) and allowed only 75+ receiving yards five times with just seven TD catches. The target success rate of those receivers is 69.9.

Considering the Bengals have to account for Rams wide receivers Odell Beckham Jr. and Van Jefferson – the deep threats – and tight end Tyler Higbee (if healthy) in addition to Kupp, nickel back Mike Hilton would likely be assigned the most inside against the NFL’s leading receiver. Strong safety Vonn Bell would drop in on crossing routes to clog open space.

Doing so would put pressure on cornerbacks Eli Apple and Chidobe Awuzie and free safety Jessie Bates III to defend Stafford on deep throws, but the Bengals are surging at the right time against the pass. Out of 14 playoff teams, only the Rams have allowed a lower completion percentage than the Bengals (59.8). Also, Cincinnati has more interceptions (a playoff-high six in three games after having just 13 in 17 regular-season games) than TD passes allowed (five).

Kupp often “wins” his route – getting open specifically by beating a defender, regardless of whether he’s targeted and/or makes a catch – and it’s a difference the Bengals will seek to take away. He led the NFL this season in matchup win percentage when facing man coverage (58.9%), and was sixth overall (46.3%) against both man and zone looks (minimum 90 matchups).

On plays when Kupp wins his route, the Rams average over 13.1 yards. When he doesn’t win, their average is 5.1 – an eight-yard difference that is second-highest with any NFL receiver.

The Bengals utilize a four-man front, but while guarding against the pass this postseason, they have even implemented three-man rushes with stunning effectiveness. Defensive ends Sam Hubbard and Trey Hendrickson have totaled the No. 1 and 3 sack yards in the playoffs at 29 and 26.5, respectively. Hendrickson was fifth in the NFL in sacks (14) during the regular season.

How the Rams Could Counter

Let’s say the Bengals catch (OK, pun intended) Kupp on an off day. The Rams, specifically Stafford on checkdowns, would probably take longer in making adjustments than with the time afforded to most NFL receivers.

In all 20 games, Kupp has been either first or second on the Rams in targets and receiving yards. In fact, he’s been targeted 10+ times in 16 games, and one of the exceptions was a game with nine.

When on the rare occasion Kupp hasn’t received as much attention from Stafford, the Rams have relied especially on a mix of Beckham and Higbee as well as wide receiver Robert Woods before he suffered a season-ending injury at midseason. In the six games when Kupp hasn’t caught a touchdown, Stafford has passed for only nine scores, but he’s spread it out well to six different players.

Also, OBJ, who signed with the Rams in November, has 15 receptions in their last two playoff games – the most he’s gained in consecutive outings since the first half of the 2018 season with Cleveland.

Going heavy with the run is the other way the Rams could make an adjustment away from their No. 1 offensive weapon. Coming off a preseason Achilles injury, running back Cam Akers didn’t make his 2021 debut until the final regular-season game, but he’s been full go since then with his 54 carries and 59 overall offensive touches in the playoffs more than double Kupp’s totals (25 catches, one carry).

In addition, running back Sony Michel led the team with 229 offensive touches in the regular season and has one more than Kupp in the playoffs. 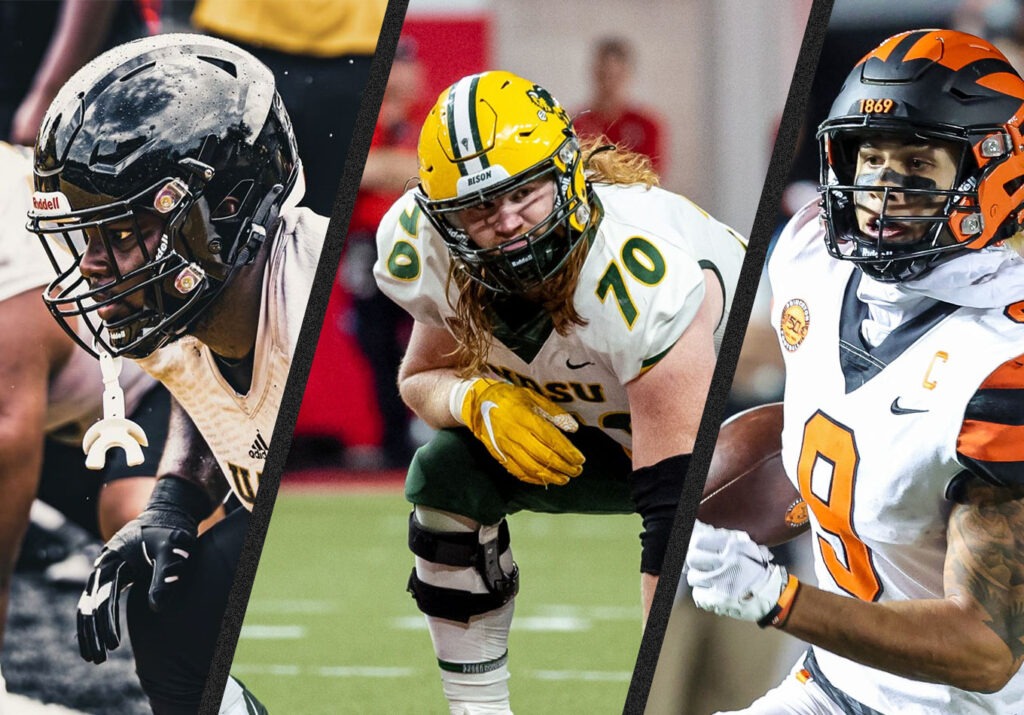 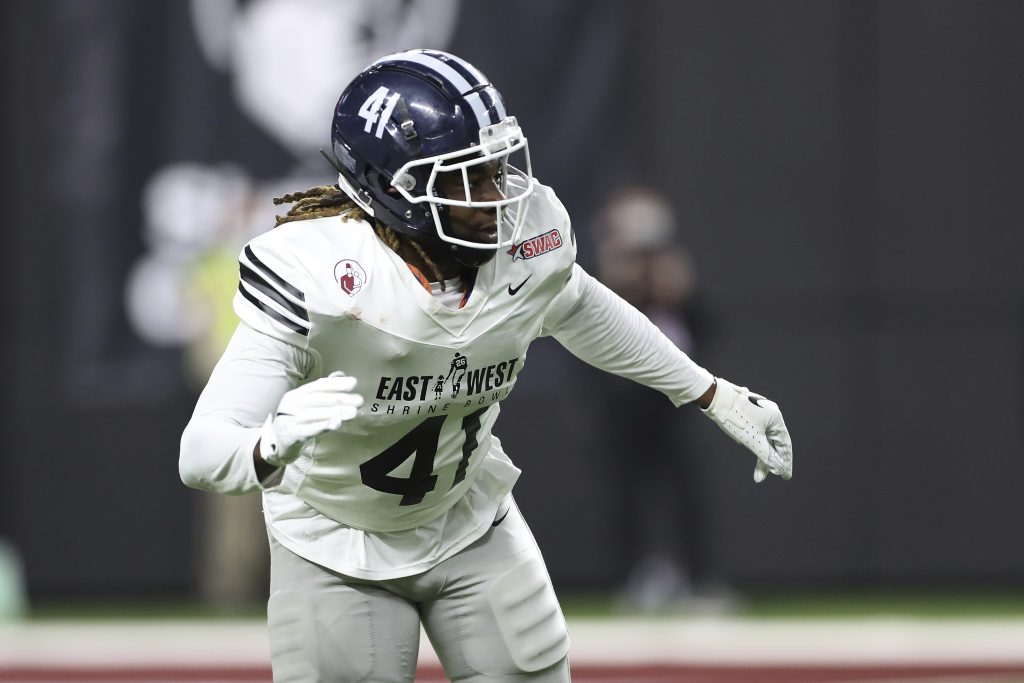