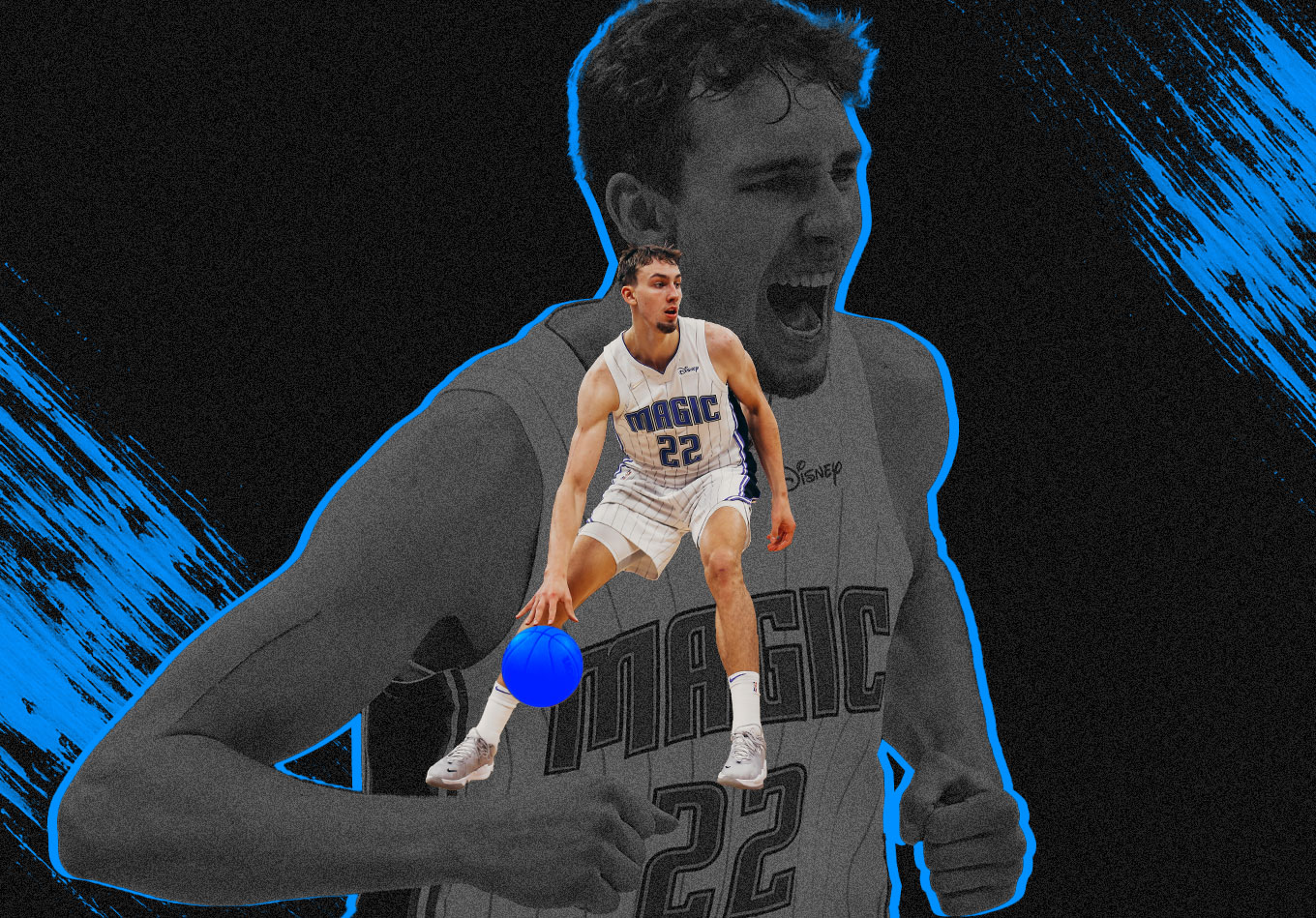 If we were assigning mock awards to the best players of the 2021 Draft class, the selections would probably go as follows.

Cade Cunningham is the best offensive engine. Evan Mobley plays the part of the most venerable defensive anchor. Scottie Barnes is the chameleon of the bunch. And Josh Giddey is the passing prodigy.

Franz Wagner would likely be the most portable rookie of them all.

But what does that mean?

Well, a quick Google search indicates that “portability” is defined as the “ability to be easily carried or moved.” In basketball vernacular, the term is often used to describe a player whose game is well-suited to fit in a wide range of different contexts.

So, when I call Wagner the most portable player among the upper echelon of this rookie class, I’m essentially saying that his game is the most plug-and-play.

What makes that the case? Well, that’s what the next 800-plus words are for, silly.

Some of variables we can use to measure portability include shooting and passing. Wagner has that down pat.

Of the five aforementioned rookies, he boasts the highest true shooting percentage (55.6%). Among all rookies, he owns the second-highest offensive DRIP (0.3), which projects a player’s contribution to a team’s plus-minus per 100 possessions on offense.

And while he might not be at Giddey’s level, he’s more than capable of spraying gorgeous dimes like this beauty:

But what really separates him from the pack is his propensity as a cutter. He’s in the 94th percentile in this play type, which is a solid margin ahead of the second-best cutter of the quintet.

This skill is especially useful when flanking ball-dominant guards like Cole Anthony and Jalen Suggs.

For teams that lack on-ball creation, Wagner has shown flashes of being able to foster some of the load offensively. For instance, during a five-game stretch in late December and early January, Wagner averaged 21.4 points on 50.0% shooting from the floor, with Anthony and Suggs both sidelined by injuries.

Most of his on-ball scoring capital comes from his relentless pursuit of the paint. While he’s shooting a sub-par 53.8% at the rim so far, he’s driving more times per game (9.2) than any rookie other than Cunningham, Giddey and Suggs.

The resident biomechanics expert on NBA Twitter @Polarfall noted in an interview that Wagner has an “awkward sense of moving and timing.” When you watch him, many of his successful finishes can be attributed to this idiosyncrasy in his game.

Along with his notable contributions in the more structured, half-court venue, Wagner also thrives in a more chaotic, fast-paced environment.

Of all the rookies with at least two transition possessions per game, only Chris Duarte and Zaire Williams average more points per possession (PPP) than him (1.16).

Unlike most transition savants, who rely primarily on jump-out-the-gym athleticism or nylon-shredding shooting, Wagner leans on his instincts to continuously make the right decision in those spots.

When someone else is barrelling towards the basket on the break, Wagner also has the awareness to change course to avoid a head-on collision, whether that be by stopping in his tracks or relocating to the 3-point line.

Wagner’s defense is best summarized by the adjectives versatile and fundamental.

Versatile in the sense that he’s akin to a pair of Adidas Stan Smiths – a stylish option that’s appropriate for multiple settings. For the Magic, he’s been tasked with the outfit of point-of-attack stopper, roaming free safety, and weakside rim protector at different points in the season. When he has been guarding on the ball, his matchups have ranged from speedsters like Trae Young to skyscrapers like Kevin Durant to barroom brawlers like Luka Doncic.

To help him navigate through these various situations, Wagner calls upon his advanced knowledge of the fundamentals. On the ball, when he’s left alone on island with his man, he has a knack for guiding the offensive player towards the help:

Against stronger opponents in the paint, he’s able to stand his ground by using great chest-up technique coupled with strong leg drive.

Here the reigning dunk contest champ has no chance of even attempting to poster Wagner.

Off the ball, it’s become commonplace around the league to station weakside defenders near the paint so they can help on drives if need be. Doing so enables teams to better protect the most sacred part of the court, but the major drawback with that philosophy is that you leave yourself susceptible to open corner 3-pointers.

This isn’t so much the case with Wagner, who, when deployed in these situations, stays ready to spring out the perimeter by maintaining an active stance constantly on the balls of his feet. This feature, coupled with his high IQ, great length and cyclist-level endurance (17th in the league in miles run per game), allows him to rapidly cover ground in order to close out on those shooters.

Orlando owns an overall net rating difference of plus-6.1 with Wagner on the court compared to when he’s on the bench. And despite his vertical limitations (a measly 1.3 block percentage), Wagner remains in good standing as a weakside rim protector.

He does so by swiping down at the ball while it’s still at the offensive player’s waist – a move reserved for the savviest of non-traditionally athletic defenders.

Again, since Wagner is already hovering around the paint in these situations, he doesn’t need to hustle for good position. He only needs to locate the basketball and dislodge it from the opponents’ suffocating vice grip. And with Wagner’s raw strength, doing so is no issue.

Overall, Wagner’s game is of the variety that slots well in a multitude of roster constructions.

Thanks to his ability to scale his offensive usage according to team needs, play fast or slow, and operate as a disciplined swiss-army knife on defense.

And in a class filled with potential future stars, this portability helps him stand out as one of the brightest of them all.