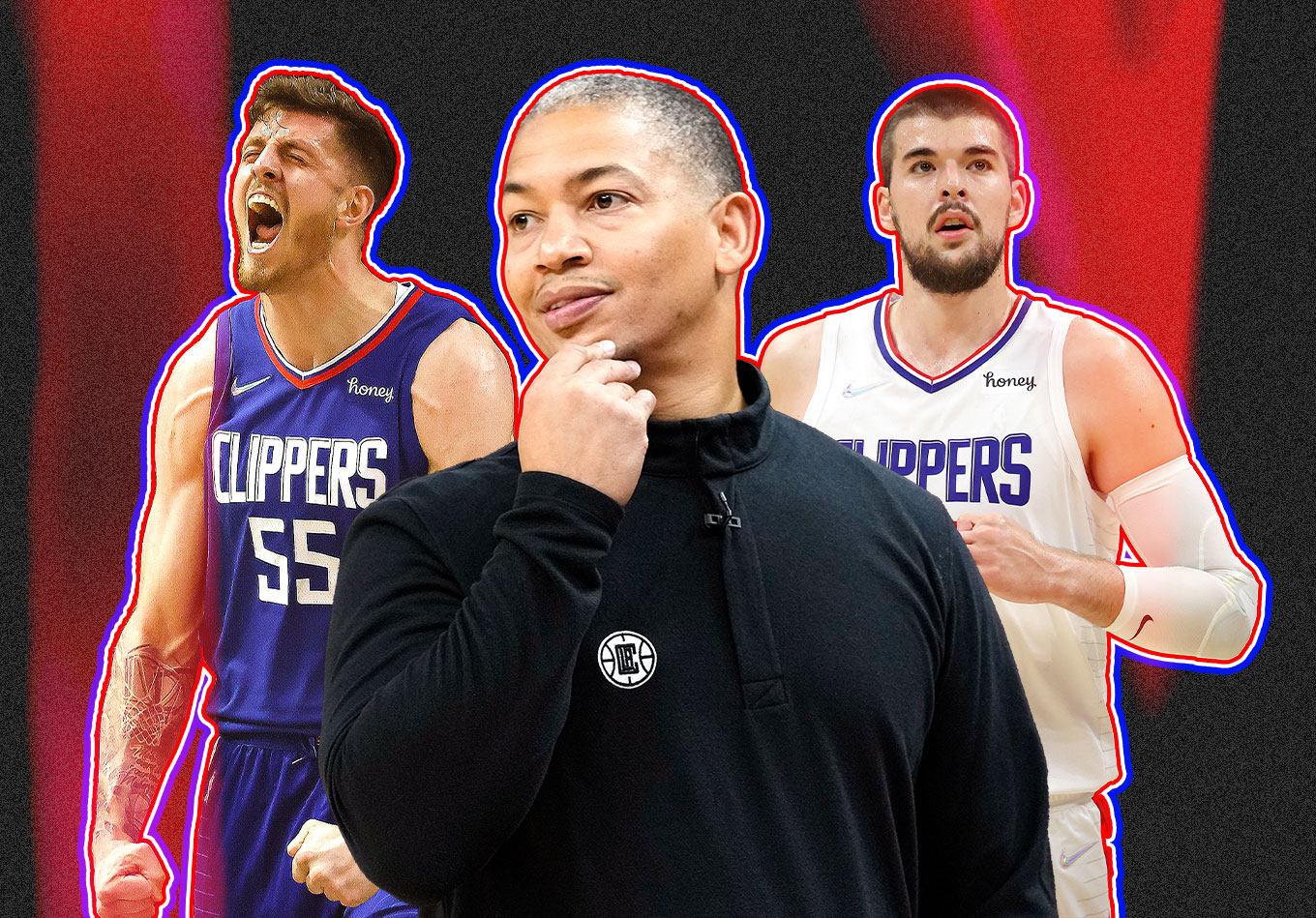 More Than a Figurehead: How Tyronn Lue Has the Battered Clippers in the Playoff Hunt

Los Angeles has played half its games without both of its superstars, while its top player – Kawhi Leonard – hasn’t played all season. Remarkably, the Clips sit at 26-26 and seventh place in the Western Conference. How are they doing it? On the defensive end.

Offense is all about individual players, and defense is about five guys moving together on a string. Right?

But what if that isn’t necessarily true? What if defense isn’t so much about the pieces attached to the string as it is about the puppet master orchestrating them?

I’d argue that’s the case with the other team in Los Angeles, where despite losing a combined total of 92 games from their three former All-NBA defenders (Kawhi Leonard, Paul George and Serge Ibaka), Tyronn Lue currently has the Clippers sixth in defensive rating (105.2).

And that’s not the only time he’s engineered a unit of fortification of this magnitude. During his 11 seasons on NBA benches (as both an assistant and a head coach), he has had a hand in seven top-10 defensive operations.

So what gives? Well, to understand how Lue has consistently been a part of high-level defenses and the integral role coaches have on success on that end of the floor, we’re taking an in-depth look at his work with the 2021-22 Clippers.

In a survey of general managers conducted by NBA.com, Lue was voted the best at in-game adjustments among all current NBA coaches, receiving 37% of the vote.

His propensity for mid-game improvisation explains his great success in the playoffs – the portion of the season when the most significant adjustments take place. Lue has never won less than 10 playoff games in his four postseason appearances as a head coach, posting a 51-29 record overall.

But his Belichick-esque knack for adopting through the course of a game isn’t limited to the second season. The reason the teams he coaches get that far in the first place is because of the adjustments he implements on a night-to-night basis.

Most recently, the Clippers pulled off the second-largest comeback in NBA history (here’s a look back at the largest), in part because of Lue’s changes to his second-half lineup.

Knowing that his team was on the first leg of a back-to-back – and realizing his current lineup clearly wasn’t working (you’re usually not down more than 30 points because you played great) – Lue decided to shuffle out three of his starters.

Most notably, he swapped out Ivica Zubac for Isaiah Hartenstein. This realignment mattered because, in the first half, the slow-footed, ground-based Zubac was getting eviscerated by the hyper-athletic Daniel Gafford and drop-terminating Bradley Beal.

In the second half, the nimbler Hartenstein proved more adept at stymying the Washington Wizards’ ball-screen actions:

Hartenstein’s defensive contributions played a massive role in the game’s final result, posting the second-highest plus-minus score of the game. But this instance is only one granular sound wave in an album of great second-half calls for Lue.

This season, the Clippers are holding opponents to the fourth-lowest second-half field goal percentage and the lowest second-half 3-point percentage in the league – a testament to Lue’s ability to fine-tune his defensive strategy after gaining more information on his opponent.

An abstract concept in most walks of life, discipline on defense can be condensed into one simple question: What types of shots is your team preventing?

Also, as the graphic below illustrates, they have one of the lowest shooting fouls to contested shots ratios in the entire league – hovering right near the prolific twin rim guardians in Cleveland.

They do this by religiously following three central tenets.

Los Angeles’ current roster doesn’t really lend itself to offensive rebounding, so Lue made the decision to forgo searching for second-chance points in favor of hustling back on defense. This not only helps clip the wings of transition sequences (T-5th best transition defense in the league), but it also aids them in setting up their half court formation.

Once the Clippers’ defense has settled in, Lue empowers his off-ball defenders to sag off their assignments on the outside and lurk near the paint. Doing so puts them in better position to help out on drives at the rim and decreases the need for fouls to prevent easy looks. And as you saw in the above clips, when a penetrating player kicks it out to the perimeter, L.A.’s guards and wings can cover ground quickly and close the distance.

By prioritizing the protection of the most efficient spots on the floor, a team deficient in defensive talent can still field an elite unit, and that’s exactly what the Clippers are doing under the guidance of Lue.

As you’re reading through this, two alternative explanations to Lue’s defensive success have probably manifested within your mind:

As we mentioned earlier, this team has been decimated by injuries, but even with these unfortunate circumstances taking place, they still have some pretty good defenders on the roster.

Zubac, George, Nicholas Batum, and Hartenstein all rank in the top 50 in our D-DRIP statistic (a one-number metric that projects a player’s contributions to the team’s plus/minus per 100 possessions), among those who have played at least 600 minutes. However, the Clippers have zero players in the top 20.

The only other top-10 defense in the league that you can say that about is the surprisingly stingy Dallas Mavericks. This means that while the Clippers have a handful of good defenders (particularly George, when he’s healthy), they don’t have an elite force that you can credit with single-handedly anchoring their defense.

As for shooting variability, the Clippers do benefit from a little bit of luck on open 3s. Opposing teams are only shooting 35.6% on those shots against them (sixth lowest in the league). But the saving grace here is that they are allowing the second-fewest open 3-point attempts. So while they may be putting their hand in the fire, they aren’t keeping it in there long enough to get burned.

This is not some referendum against defensive players and the importance of their synergy on the court. Even on this Clippers team, Lue still needs athletic defenders who can cover a ton of ground quickly for closeouts and big men who can contest shots effectively without fouling for his scheme to work.

Think of this as a statement – no scratch that, a declaration – intended to highlight the massive impact a coach can have on the less glamorous end of the floor. Great coaches create effective schemes, make adjustments when need be, and empower their players throughout the process.

Lue is a great coach. He is not the figurehead he was made out to be in Cleveland. He’s a master tactician, the king of in-game adjustments, and quite possibly, the most important ingredient on an elite NBA defense.