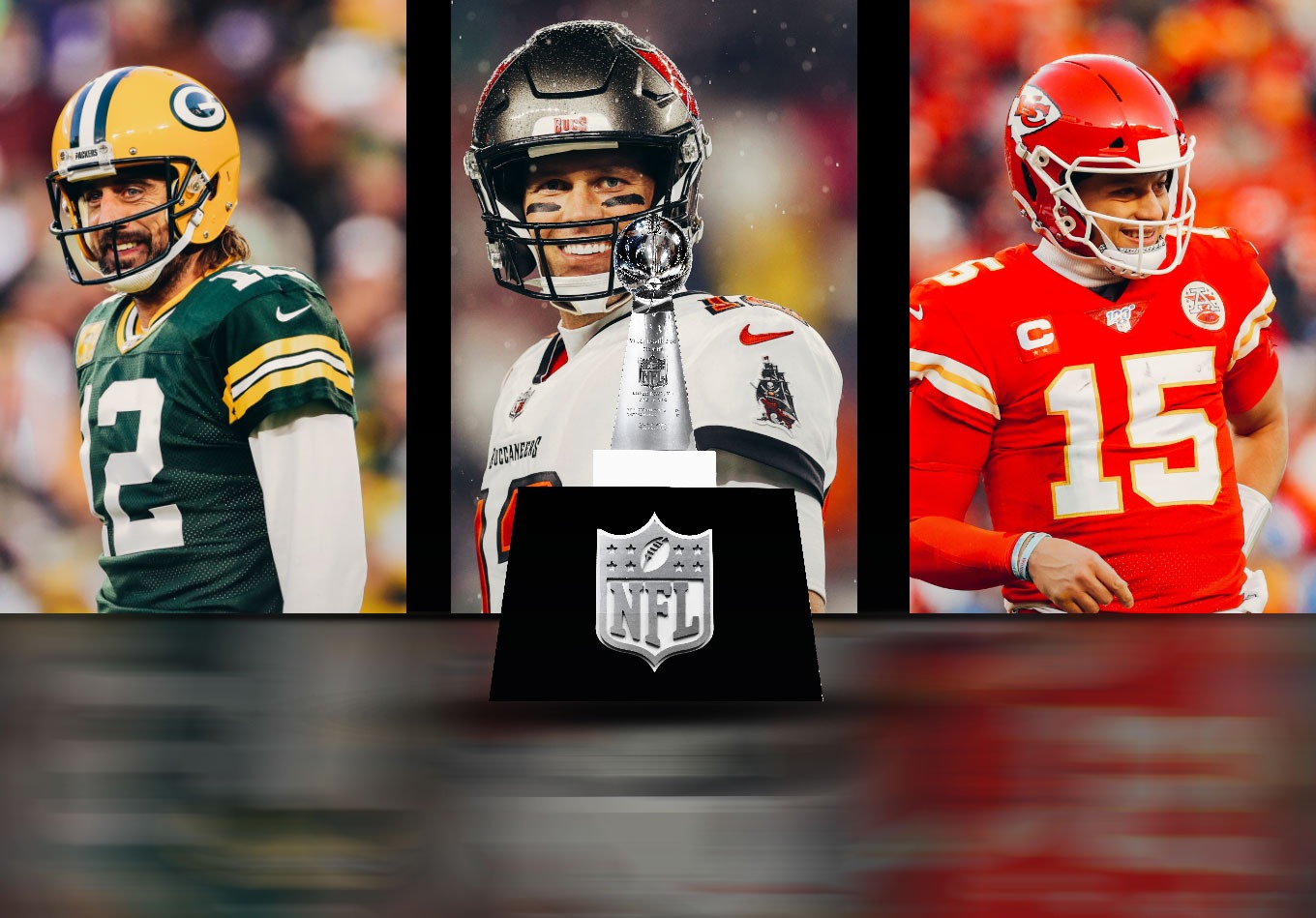 You don’t have to wait too long into the NFL season for playoff picture graphics to appear on TV stations everywhere, yet it is not until the final month of the campaign that the breakdown of division leaders, wild-card teams and contenders who are ‘in the hunt’ means something.

But, with parity reigning supreme and the picture ever-changing in 2021, that meaning is diminished. In a year that has proved near impossible to predict, a projection of how the final playoff lineup will shake out is far more valuable than a look at the current standings.

The projected win percentages are then aggregated to produce the forecasted standings. And the projection after Week 14’s results reveals some fascinating potential matchups in the NFL playoffs:

The New England Patriots are the No. 1 seed as it stands but the projection does not expect that to last, with the now surging projected AFC West champion Kansas City Chiefs again seen as favorites to claim a bye and home-field advantage throughout the playoffs.

Even with a schedule that features road games against the Los Angeles Chargers, Cincinnati Bengals and Denver Broncos, the 9-4 Chiefs are forecast to finish with a 12-5 record.

With the Chiefs’ offense seemingly getting back on track with Patrick Mahomes delivering a well-thrown ball on 90.9% of passes in last week’s rout of the Las Vegas Raiders and their defense creating the sixth-most turnovers (23) in the NFL, the prospect of the journey to the Super Bowl going through Arrowhead is daunting for the rest of the AFC.

The projected AFC East champion Patriots are the most likely team to dethrone the Chiefs as conference champions, but the projection has them settling for a 2-2 finish and an 11-6 record that would see them host a Denver Broncos defense well-equipped to stop their offense. Denver is tipped to finish third in the West, but with their 9-8 record good enough for the seventh seed.

A recent slump for the Buffalo Bills is not expected to prevent them from reaching the postseason, though their 10-7 record sets up a potential rematch with Derrick Henry – who ran for 143 yards and three touchdowns against them in the regular season – and the projected AFC South champion Tennessee Titans.

Meanwhile, a hopefully healthy Lamar Jackson and the Baltimore Ravens’ reward for being the sole survivor from the AFC North at 10-7 would be a meeting with Justin Herbert and the Chargers. Herbert against a pass defense that has given up a league-high 56 pass plays of 20 yards or more is a matchup from hell for Baltimore.

Who comes the closest without making the AFC playoffs in this week’s projections? The Cleveland Browns (9.0 projected wins), Indianapolis Colts (8.8) and Bengals (8.3) are behind the seventh-seeded Broncos (9.1).

A Tom Brady-led team with the best record in the NFL? Might have happened before.

The Tampa Bay Buccaneers’ dramatic overtime win over the Bills has them in great shape in the race for the top seed. And the Bucs are not anticipated to slip up during a stretch run that sees them face three teams with losing records.

A slightly tougher road for Aaron Rodgers and the projected NFC North champion Green Bay Packers, who right now own the one seed because of the Arizona Cardinals’ defeat to the Los Angeles Rams, means they are projected to finish with a 13-4 record. That would book a meeting with the diverse run game of the Philadelphia Eagles, forecast to emerge from a crowded battle for the seventh seed with a 9-8 record.

The Rams and Cardinals are each predicted to finish 12-5, but with Los Angeles claiming the NFC West and the third seed. That scenario would involve the Rams beating the San Francisco 49ers and the Cardinals losing to the Seattle Seahawks in Week 18 to give them the critical division tiebreaker.

Los Angeles would soon be renewing acquaintances with the Niners, according to the projection, in a wild-card round game between two teams who entered Week 14 in the top 10 in EVE (efficiency vs. expected). The Niners, predicted to finish 10-7, have beaten the Rams in the last five regular-season meetings.

Perhaps the pick of Wild Card Weekend would be the clash between the Cardinals and Dallas Cowboys. Arizona visits the projected NFC East champs in Week 17, and another road game against an offense ranked second in yards per game (409.1) and a defense second in takeaways (27) would be tough for the Cards to accept having been in the box seat for the one seed all year.

Which teams are projected to come the closest without making it in the NFC? The Minnesota Vikings (8.0 projected wins), New Orleans Saints (7.9) and Atlanta Falcons (7.3) are behind the seventh-seeded Eagles (8.8).