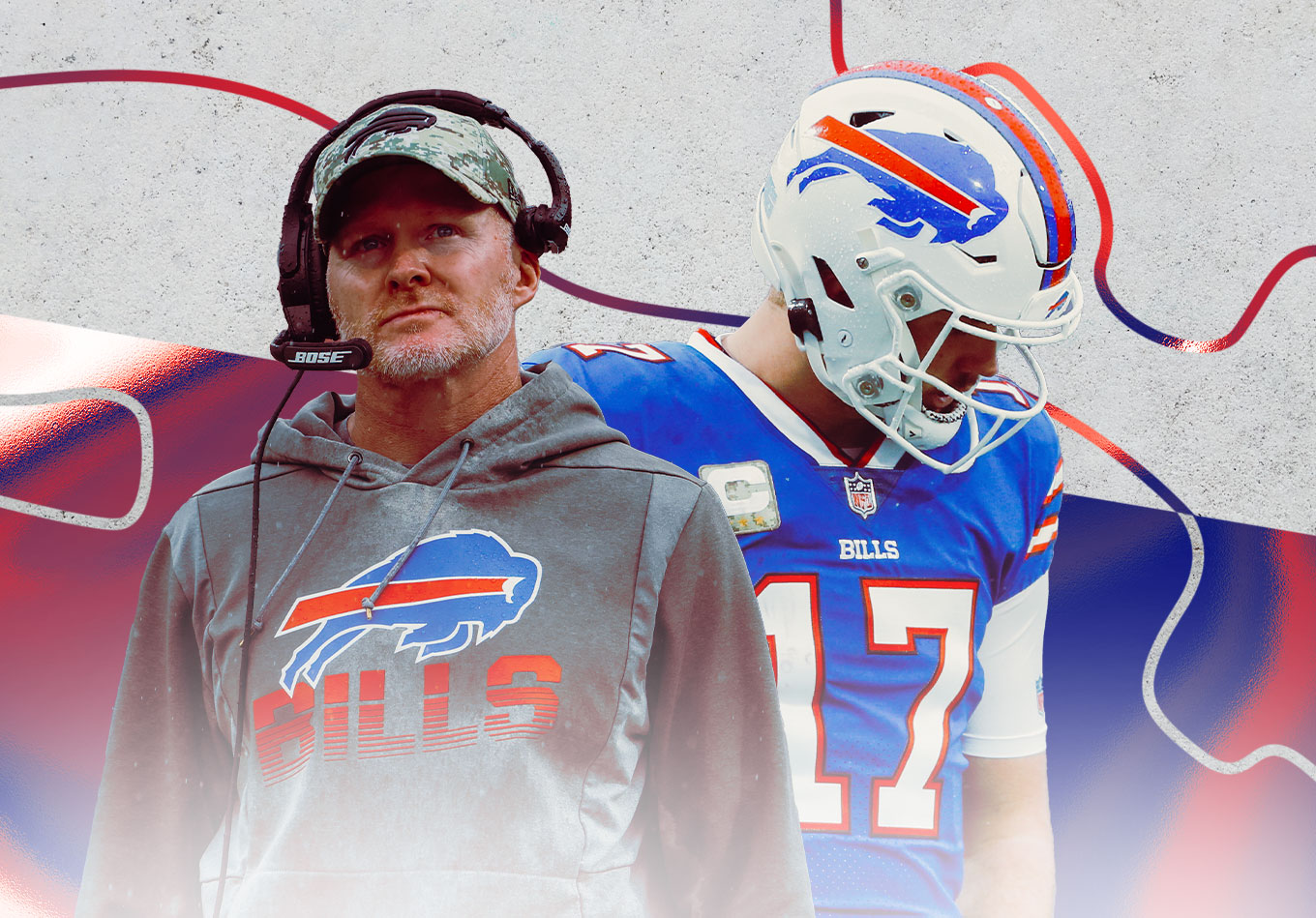 Just over a month ago, no team appeared better placed to represent the AFC in Super Bowl LVI than the Buffalo Bills.

Buffalo laid its AFC championship game demons to rest with a blowout win over the Kansas City Chiefs at Arrowhead Stadium, its offseason focus on stacking talent on the defensive line paying dividends in a 38-20 win that saw Patrick Mahomes and the Chiefs’ offense held in check while Josh Allen produced a performance that seemed to solidify him as an MVP frontrunner.

Yet the winds of change blow swiftly across the NFL, especially in a season where parity reigns supreme, and six weeks after Buffalo’s blowout win in Kansas City, the Bills look a long way from Super Bowl contenders.

Indeed, while the Chiefs – though still far from consistent on offense – look to have got their house in order and are firmly in contention for the top seed in the AFC, the Bills no longer own top spot in their division after being run over in their own building by Jonathan Taylor and the Indianapolis Colts.

The Colts marched to a 41-15 rout at Orchard Park with Taylor scoring five touchdowns and looking to be a more likely MVP contender than Buffalo’s dual-threat quarterback.

While Taylor’s astounding success will of course be concerning to the Bills, their season-long performance on defense has generally been impressive.

Derrick Henry also enjoyed a dominant outing running the ball against Buffalo in the Bills’ Week 6 loss to the Tennessee Titans. However, for the most part, Buffalo’s defense has typically prevented opponents from performing efficiently through the air or on the ground, as the team is allowing the fewest yards per play in the NFL.

The bigger problems for Buffalo concern an offense that has stalled in recent weeks and the performance of a quarterback whose step back from his stunning 2020 is more worrying than first thought.

The Bills remain a top-10 offense by yards per play, in which they rank sixth with 5.95, yet a deeper look at their play over the last four games should only further doubt over whether this team can make the playoffs.

Indeed, since their shootout loss to the Titans, in which Buffalo would have prevailed if not for a botched quarterback sneak on a potential game-winning drive, the Bills have passed for 300 yards just once in four games, and that performance came against a New York Jets defense last in the league by yards per play allowed.

The Bills have committed nine turnovers across that span, four coming against the Colts after they gave the ball away twice in the win over the Jets and three times in an embarrassing loss to the Jacksonville Jaguars where they managed only six points.

That fourth-down failure in Tennessee right now looks to be an inflection point, both for the Bills and Allen, who has struggled for the accuracy that astounded so many last season.

Were it not for Aaron Rodgers’ incredible 2020, Allen might have been named the MVP last year.

He was a distant second to Rodgers in the voting, receiving four votes to 44 for the Green Bay Packers star, but Mahomes (2) was the only other player to receive a vote.

Allen earned those votes after he finished with 4,544 yards passing, 37 touchdown throws and 10 interceptions. He also ran for eight scores and caught another.

While he is tied fifth in the NFL with 21 passing touchdowns, Allen has already thrown eight interceptions, with his completion percentage declining from 69.2 in 2020 to 65.7 this season.

That is a reflection of his drop-off in accuracy. Last year, Allen delivered an accurate well-thrown ball on 80.5% of attempts, seventh in the NFL among quarterbacks with at least 100 passes.

In 2021, his well-thrown percentage of 77.8 is below the average of 78.8 for quarterbacks who meet that same threshold.

No quarterback with 100 or more pass attempts has thrown more interceptable passes than Allen, whose tally of 19 gives him a pickable pass percentage of 5.21 that trails only Mike White (6.87), Zach Wilson (6.86) and Davis Mills (6.06).

Only five quarterbacks have had more attempts under duress than Allen (110) and his pickable pass rate balloons to 8.47% when pressured. Justin Fields (9.43) is the sole signal-caller with at least 50 passes under pressure to fare worse.

With a well-thrown percentage of 70.6 and four pickable passes against the Colts, he is trending in the wrong direction.

Yet he is not solely to blame, with his struggles partially a symptom of playing behind an offensive line that has struggled with injuries. However, protection issues aside, the numbers suggest there are gameplan adjustments available to the Bills that can make Allen’s life easier.

The Colts finished with 264 yards on the ground compared to 91 for Buffalo, as the Bills ran the ball only 13 times.

That disparity is a reflection of the game script, with the Colts jumping out to a 24-7 lead in the first half they never relinquished.

But, in more conventional game situations, the Bills may be well-served by leaning more on a run game that has been surprisingly efficient.

The Bills are sixth in the NFL in yards per rush (4.70) but are running the ball just 32.8% of the time. Devin Singletary and Zack Moss have not lived up to expectations but, with the former averaging 3.34 yards per carry on rushes where this a run disruption by a defender, there is an argument for putting more faith in a ground game in which Allen can easily be incorporated.

That threat of the run and Allen’s ability with his legs could also feature more heavily as part of the passing attack. The Bills average 9.85 yards per play on play-action throws (the league average is 9.28) but use it on only 13.56% of pass attempts. That is slightly above the league average of 12.9 but, given the success they have had when utilizing a play-fake, there is room for it to become a more prominent part of the offense.

Similarly, the Bills use a boot-action on 3.68% of pass attempts, below the NFL average of 5.9, yet, on the small sample size of 11 such passes, Allen is delivering a well-thrown ball 81.8% of the time when they use it. And using play-action and getting Allen on the move allow him time to get the ball downfield, which he has done better than any quarterback this season. He leads all quarterbacks in yards at catch, a stat that measures how many yards a quarterback has thrown for when removing yards after the catch.

On a short week in the wake of a devastating defeat, the Bills now face a potentially season-defining game on Thanksgiving with a New Orleans Saints team that will themselves be desperate to bounce back from a humbling at the hands of the Philadelphia Eagles, the turnaround giving the Bills little time to implement significant changes to the offensive approach.

However, facing an aggressive Saints defense that was gashed on the ground by a dual-threat quarterback Jalen Hurts in Week 11, the Bills’ best hope of getting back on track may be to show more belief in their highly drafted running backs and lean on the athletic upside that convinced them to make Allen the face of the franchise. 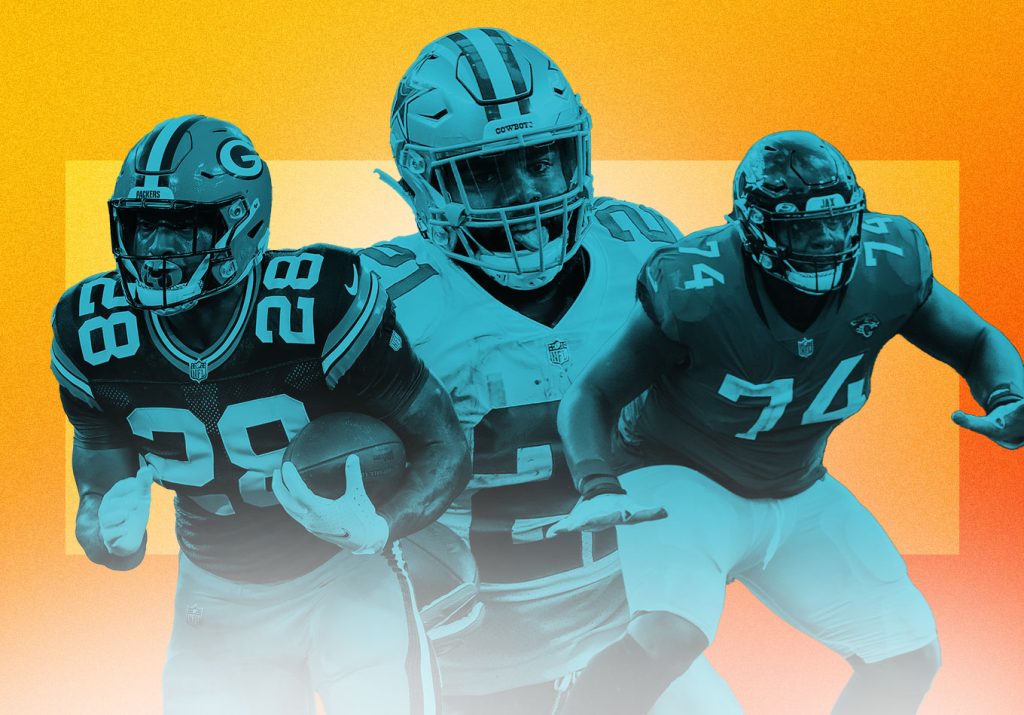