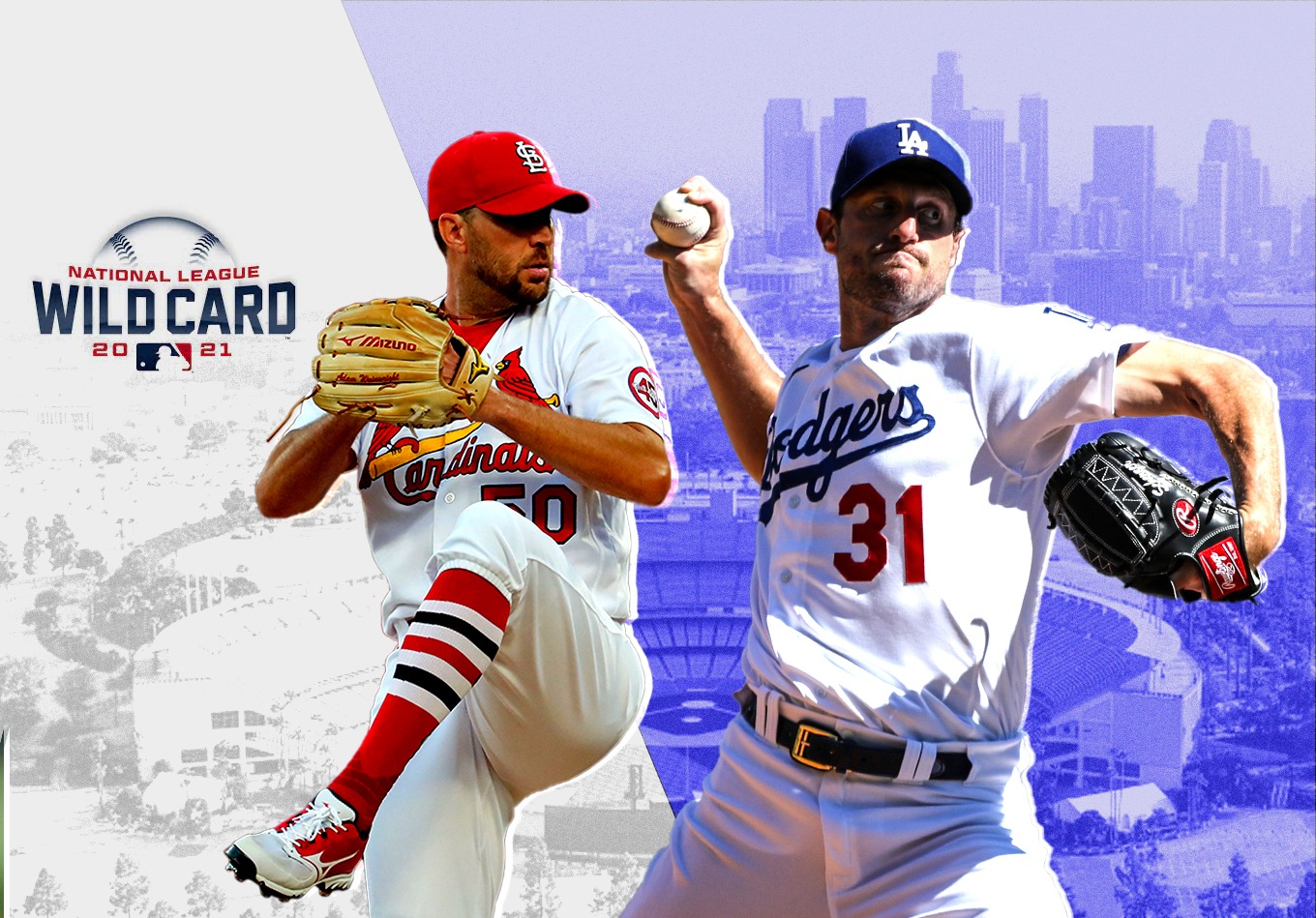 Mad Max vs. Waino: Keys to Watch in the NL Wild-Card Pitching Matchup at Chavez Ravine

Since he was traded to the Los Angeles Dodgers on July 30, Max Scherzer’s dominance has made him one of the favorites in the NL Cy Young race.

The Dodgers have won all 11 of his starts while he’s sported a 1.98 ERA and struck out 89 batters in 68.1 innings. So it makes sense that 106-win Los Angeles would send him to the bump on Wednesday night when it takes on veteran right hander Adam Wainwright and the St. Louis Cardinals in a winner-take-all National League Wild-Card contest at Dodger Stadium.

Wainwright, a 40-year-old career Redbird, will be pitching in his ninth postseason. Scherzer, pitching for the fourth team in his career, will be working in his eighth postseason after previously pitching in the playoffs for the Detroit Tigers and Washington Nationals.

Scherzer and Wainwright take the mound with a markedly different approach and style. Using our TVL data, which tracks pitch type, velocity, location, and the intent (think target) of every pitch, we can see how each of these two aces will attempt to advance their team to the next round.

While Scherzer uses a somewhat balanced approach, it all starts with his four-seam fastball. Though he averages a touch over 94.3 mph on it this year, Mad Max can reach back and hit 98 when he needs it. Four-seamers accounted for 46.7% of Scherzer’s 2,832 pitches in 2021 and only 14 pitchers threw more four-seamers this year than he did.

Against lefties, Scherzer backs up his fastball with a changeup away and a cutter with which he loves to attack hitters up and in. Scherzer’s cutter has a whiff+ of 159, indicating that he is 59% better at generating whiffs than the rest of the league’s cutters.

When facing righties like St. Louis sluggers Nolan Arenado and Tyler O’Neill, Scherzer turns to his slider; against righties in 2021 his fastball/slider combination accounted for 85% of his pitches. BIP+ tells us about the quality of contact against a particular pitcher or pitch and is also standardized to 100. For this stat, lower is better since it indicates worse contact quality. Scherzer’s slider BIP+ for 2021 was 65 or 35% better than league average.

Among the Cardinals’ projected starters, first baseman Paul Goldschmidt and catcher Yadier Molina have the most experience against Scherzer with 32 and 17 at-bats, respectively. Goldschmidt has a career slugging of .156 versus Scherzer with 16 strikeouts, but he went 3 for 7 against him this season. Molina has hit .059 in the matchup over his lengthy career and did not face Scherzer this season.

Dylan Carlson has gone 0 for 7 with four strikeouts versus Scherzer this season. Tommy Edman is one of the few who have had some success against Scherzer, albeit in a small sample size. He’s 4 for 9 with a home run and a double lifetime in the matchup.

Wainwright will face a Max Muncy-less Dodgers team after the slugger left Sunday’s season finale with an elbow injury. Whereas Scherzer loves to attack hitters hard with his fastball, cutter, and slider, look for Wainwright to keep hitters off balance with slow curveballs in the low to mid 70s and a balanced approach of two-seam fastballs, cutters, and against lefties, changeups.

Adam Wainwright: 2021 Usage When Behind in Count

While no Dodgers have as many at bats against Wainwright as Goldschmidt and Molina have against Scherzer, a few Dodgers have had some success against Waino. Shortstop Trea Turner has gone 5 for 14 with two doubles lifetime in the matchup. 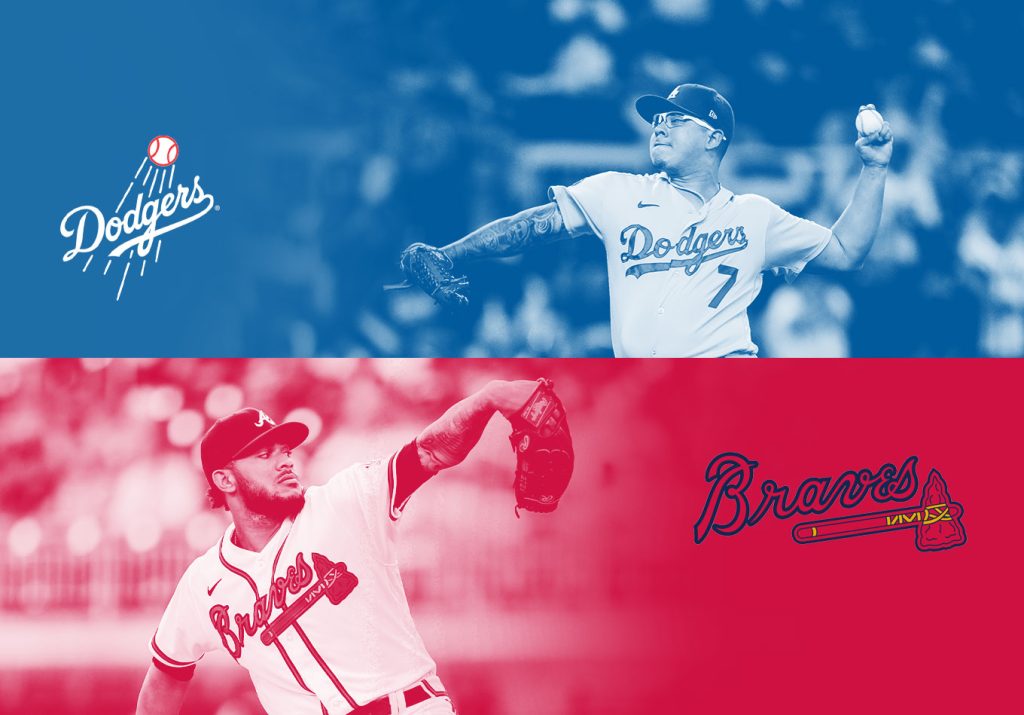 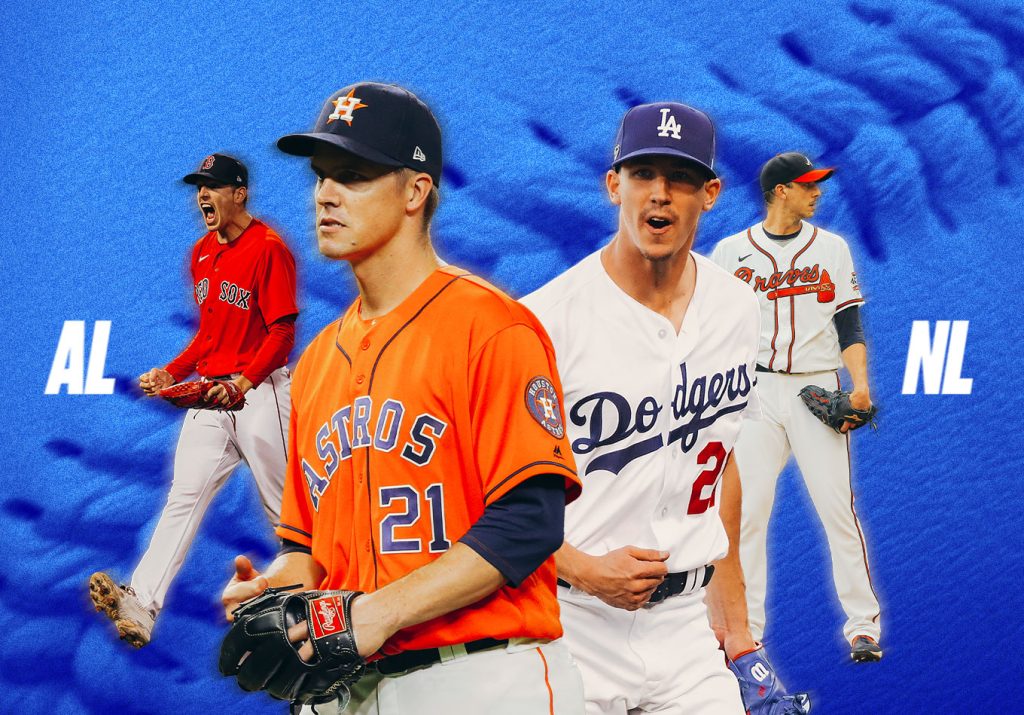