The Draft Files: Our Model Identifies the Most Overvalued and Under-the-Radar NBA Prospects | The Analyst 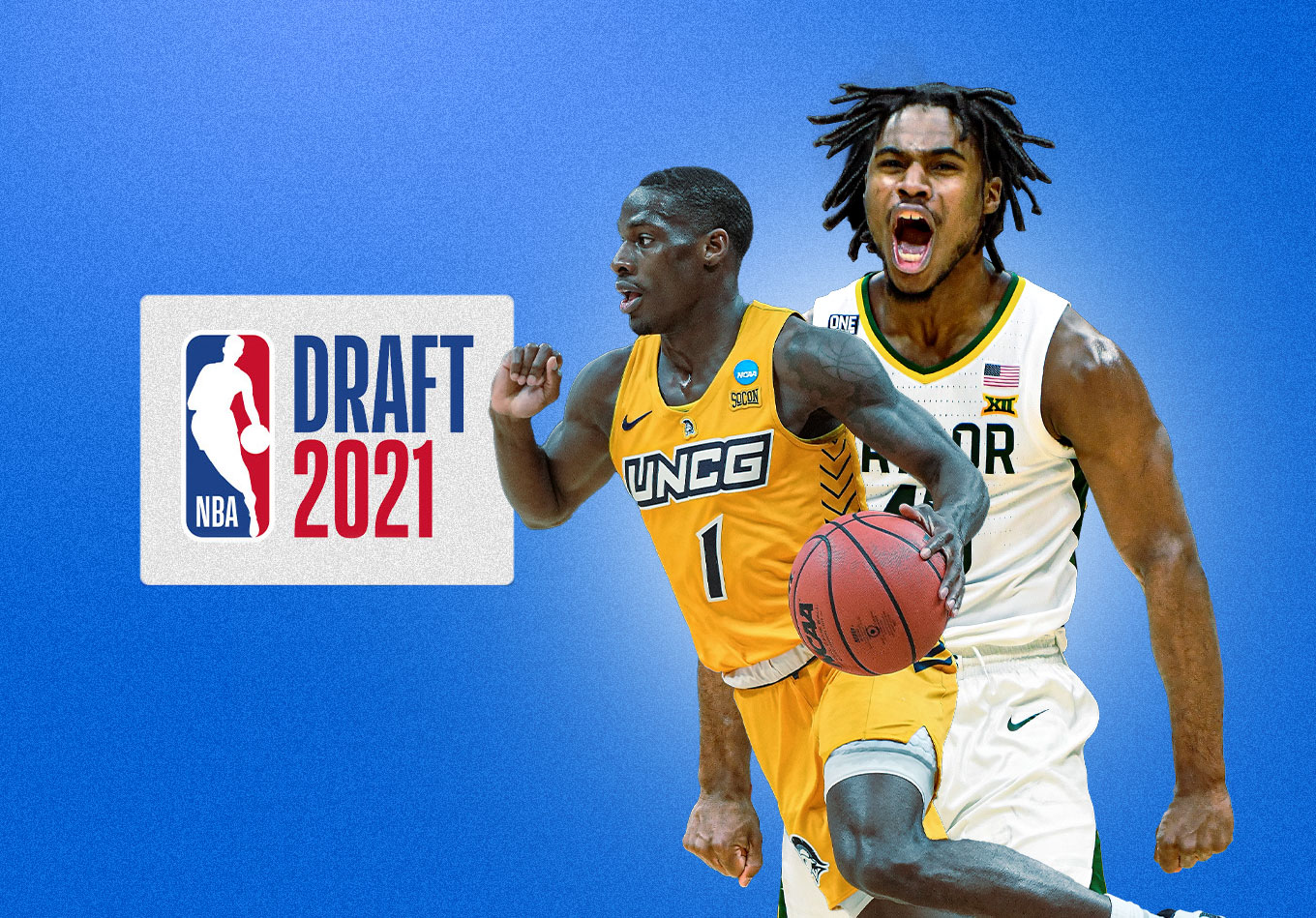 The Draft Files: Our Model Identifies the Most Overvalued and Under-the-Radar NBA Prospects

Each and every NBA season, we look back on the most recent draft and wonder how teams missed on seemingly obvious selections.

This is a bit unfair, as hindsight is 20/20 and projecting young talent to the NBA is an unbelievably difficult endeavor. While acknowledging draft scouting to be an inexact science, there are certainly some factors that regularly cloud the decision-making of front offices.

When the public reaches an evident scouting consensus on a given draft class, unconscious biases arise and make it very difficult for some teams to stray too far from groupthink. Teams often become anchored to how the market perceives a given prospect, and sometimes choose to mitigate the risk of owner backlash to an against-the-grain deviation from consensus rather than through a thorough, controlled, unbiased selection process.

While analytical models alone don’t tell the whole story, they can often serve as flags in both directions as to who may be overvalued or undervalued by the market in a given draft class. So let’s dig into who our NBA Draft model loves as potential second-round or undrafted free-agent steals and which consensus first-round prospects may have more downside risk than commonly perceived.

As a refresher, the model is derived from an array of volume- and rate-based statistical inputs, consensus draft rankings and biographical/anthropometric information to determine where a prospect stands relative to his peers in the class. For this exercise, we have removed the consensus draft ranking input to derive a “stats only” version of the model.

Culver ranks outside of the consensus top 100 prospects but grades out quite favorably in our model. His strong standing is bolstered primarily by his physical profile, strength of schedule, rebounding prowess and ability to get to the free-throw line.

Culver’s model input for defensive rebounding percentage was more than three standard deviations above the mean, ranking first among all NCAA early entrants.

Culver’s model input for free-throw attempts per 30 minutes was also more than three standard deviations above the mean, again ranking first among all NCAA early entrants.

The others in the list above are all high-usage, slashing on-ball backcourt creators. Culver is in his own stratosphere as a big man getting to the stripe.

While he fares better in other tracking-based passing metrics, this essentially means that a very high concentration of his offense is derived from the post and, when he gets it down low, it’s likely going up.

As a fringe prospect, it’s highly unlikely that Culver’s early NBA role would warrant a significant volume of post-ups. He’ll likely be asked to set screens, rim run, protect the rim, and ideally hit open jumpers when given space. Culver still has room to grow in these areas, which have likely curbed his perceived value by the greater scouting community.

Florida State’s Serbian big man may not have eye-popping traditional box score statistics, but his combination of size and efficient production within the context of his role place him in the top ten of the model’s analytical rankings.

A primary catalyst of Koprivica’s shooting efficiency is his ability to carve out position, battle for offensive rebounds, and secure high percentage put-back opportunities. Koprivica is also one of only five NCAA early entrants to accrue a normalized offensive rebounding percentage of greater than two standard deviations above the mean.

Koprivica’s production didn’t go completely unnoticed by NBA evaluators, as evidenced by his invitation to the G League Elite Camp. He did not, however, land within the top 100 consensus scouting rankings.

A draft-and-stash arrangement with a top club in Serbia could make sense for interested NBA teams with multiple second-round picks.

While Miller’s size, position, and strength of schedule slightly damper his model output, the two-time SoCon Player of the Year and three-time SoCon Defensive Player of the Year’s off the charts steal rate, usage, and supplemental scoring punch vault him into the top ten of the model’s analytical rankings.

His steals per 30 minutes were also in excess of five standard deviations with no other prospects coming in remotely close.

It’s extremely rare for a player to exceed a steal percentage of 5.0% and a usage percentage of 25.0% in each of a prospect’s freshman and sophomore seasons. The only other player to do so in the past decade: Marcus Smart.

Miller is tough as nails and has been an elite college player since the day he stepped on campus. While he hasn’t faced the strongest competition, Miller’s off-the-charts production in areas that historically translate to the NBA are encouraging indicators that he may have a chance to stick if he can scratch and claw his way into an NBA opportunity.

Mitchell ranks well outside the top 100 in the stats-only model. While he fares moderately well in the passing and steal departments, his age, small stature, and lack of production/efficiency early in his career drive his projection down.

A key weighting element within the model’s construction accounts for prospects’ performance over time and helps give context to the equation for one-and-dones vs. multi-year players and account for the expected improvement/development that comes with age/experience. Freshman and sophomore season statistical inputs receive 2.5 times and 1.5 times the weightings, respectively, relative to upperclassman seasons.

This drives the stark variance between where Mitchell is being mocked and what the numbers say. While Mitchell leading Baylor on a national championship run with his intense on-ball defense and confident shotmaking certainly shouldn’t be dismissed, the model’s output serves as a cautionary warning not to be overwhelmed by recency bias or potential statistical blips.

Mitchell knocked down 44.7% of 141 3-point attempts this season, an impressive clip to be sure. But is this a true representation of his shooting ability and how it will translate to the NBA? Mitchell shot only 31.2% from deep on 157 attempts across his freshman and sophomore campaigns and has never eclipsed 70.0% from the free-throw line. While Mitchell certainly worked extremely hard to improve his jumper, these numbers serve as an indicator that some shooting luck also likely came into play this season.

Not only does Mitchell not convert efficiently from the stripe, but he also doesn’t get there all that often. Mitchell’s 0.207 free-throw rate this season is the second-lowest mark among consensus first-round prospects ahead of only Jalen Green, a thin 19-year-old player who played against grown professionals. Mitchell also ranks in the bottom 10 in normalized free throws made per 30 minutes and bottom 20 in normalized free throws attempted per 30 minutes among NCAA early entrants.

The model is not a silver bullet. These statistical indicators don’t tell the entire story in-and-of themselves. Mitchell is still a very good prospect in many regards, but there is a bit more uncertainty than generally perceived.

The truth likely lies somewhere in the middle.

On a surface level, Murphy’s positional size and elite efficiency as a 50/40/90 club member this season would lead you to believe he would grade out well in a statistical model. While he is young for a junior and certainly a high-level shooter, the “stats only” model ranks Murphy outside of the top 100.

Murphy’s lack of contribution beyond shooting against a weak schedule his first two seasons at Rice drives his projection down. Each of Murphy’s normalized per-minute and rate statistical inputs to the model for assists, rebounds, blocks, steals, free throws and usage grade out below the mean and contribute negatively to his model output.

In the modern NBA, big wings that can shoot and guard multiple positions will always be highly coveted. Murphy absolutely checks these boxes and is, by all accounts, a great teammate and person. He proved to be quite capable of excelling at this role against more stiff ACC competition this season at Virginia. There’s a lot to like and his likely role at the NBA level is very apparent to scouts and decision-makers.

The model serves as an indication as to the narrowness of Murphy’s projectable NBA role.

Like Mitchell and Murphy, Kispert ranks outside the model’s top 100 rankings. The composition of his low projection is quite similar to that of Murphy. While an elite shooter with good size, Kispert hasn’t contributed all that much in other areas throughout his four years in Spokane.

Playing significant minutes for a successful team certainly contributes positively within the model, but not nearly as much as it boosts his scouting perception. While the common public comparison for Kispert is typically Joe Harris, the model compares him to the likes of Saddiq Bey, V.J. Beachem, Sean McDermott, Pat Connaughton, Rodney Hood, and Jake Layman.

This isn’t to say that Kispert won’t play a valuable role in the NBA, but it’s sensible to be a bit cautious to label him as a sure thing and a clear lottery pick.