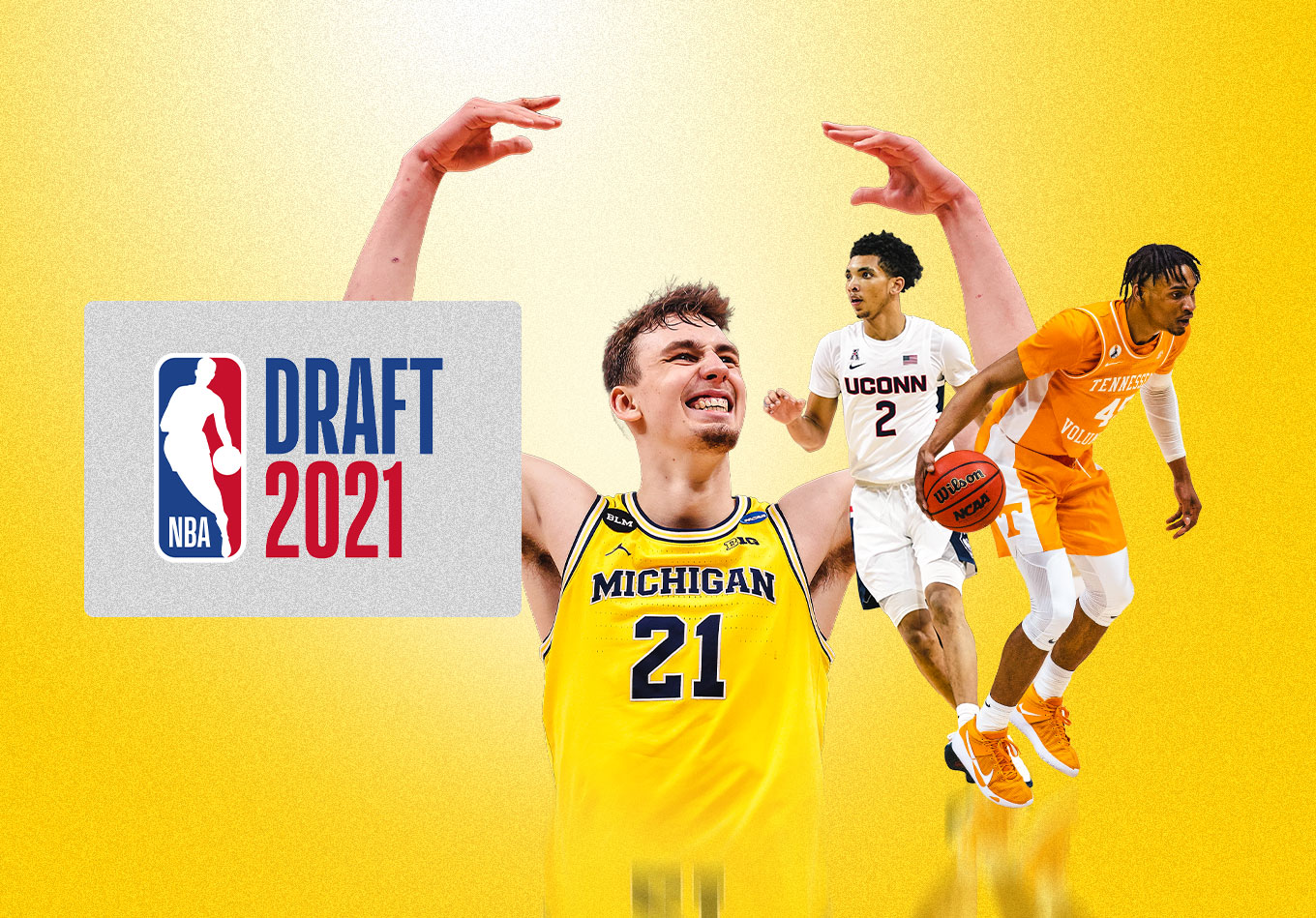 Let’s face it: The NBA draft is REALLY difficult.

There are many moving parts and pieces, none of which provide a high degree of certainty. While scouting, film study, statistical analysis, anthropometric measurements, athletic testing, background/intel and medical all play key roles in developing a well-rounded evaluation of a prospect, sometimes one simple thing can help bring to light what a prospect may translate to at the next level – comps. Yes, that’s right, COMPS.

While reckless comparisons of draft prospects to NBA stars are often lazily thrown around without much thought or care, well-devised comparisons backed by years of historical data can help contextualize a plausible range of career trajectories, roles and styles of play for a given prospect.

Our NBA draft model not only projects broadscale value contribution of prospects at the NBA level, but also produces an output of player comparisons. Without revealing too much under the hood, the similarity score outputs are Euclidean distance-based, effectively digesting an array of on-court statistical inputs (as well as height weight, age, position, and draft pick/rank) and deriving which players are most similar based on differences in standard deviations (with some nuanced weighting and other adjustments).

Here’s a look at the comparisons for projected draftees who were submitted by followers via our Twitter mailbag last week. Again, the top of the list represents the most similar comps at the time they were drafted:

A quirky list to accompany a unique, odd-ball prospect. Barnes functioned as a point-forward of sorts for Florida State this season, with much of his value being derived as a creator for others and a versatile defensive stalwart.

Given this profile, it’s no surprise to see the likes of defensive menaces Dunn, Shumpert and Holiday, as well as fellow point-forward odd-ball prospect, Troy Brown. Westbrook being sandwiched in the middle may come as a bit more of a surprise, suggesting some star upside potential.

Johnson’s perceived high-ceiling/low-floor draft stock is exemplified in this array of comparisons.

He’s most statistically similar to former Kentucky one-and-done combo guard Archie Goodwin, who was a first-round pick in the 2013 NBA draft and didn’t even make it through his rookie contract. Goodwin started only 15 games over three-plus seasons, posting underwhelming career marks of 6.3 points, 2.0 rebounds and 1.2 assists per game on an inefficient 45.5 eFG%. A scary comparison floor to say the least.

Throughout the rest of the list, however, you see why many scouts find Johnson’s upside tantalizing. Sharing statistical similarities with this array of uber-athletic MVP’s, All-Stars and solid defensive guards is certainly indicative of a high ceiling.

There is quite the array of rangy, multi-faceted, defensively-oriented wings here. This mold of player is highly sought after in the modern NBA, because it unlocks invaluable rotational/lineup flexibility. These guys can guard multiple positions, stay on the court in high-leverage moments, and ultimately catalyze winning basketball.

Bucket-getters galore. Some good, some bad, some ugly…

Consistent, reliable, savvy, well-rounded, guards often find themselves in the late first round discussion. While this mold of prospect may not have sky-high upside, coaches love having an extension of themselves at their disposal to run second units, control the pace and make good decisions.

Will Butler ever be an All-Star? Unlikely. Will he ever score more than 20 points per game in the NBA? Doubtful. Will he carve out a role as a productive, valuable starter, sixth man, or key rotation player for a playoff team? Wouldn’t bet against it.

Way back in early March, Sam Vecenie and Matt Pennie discussed “The Malachi Effect” in an episode of The Game Theory podcast.

The Premise: Which NBA draft prospects have the potential to hyper-inflate their draft stocks with outlier performances throughout conference tournaments and March Madness?

The Namesake: Malachi Richardson – a Syracuse freshman who parlayed four NCAA Tournament wins and an All-Region selection into being selected 22nd overall in the 2016 draft. Richardson turned out to be a bust, averaging 2.8 points on a 43.3 eFG% across less than three seasons.

Who was one of the prospects Vecenie and Pennie discussed as a potential Malachi Effect candidate? You guessed it, Mann. This poor top comparison doesn’t make for an automatic disqualifier, however, as there are several more favorable players on the rest of the list.

The model puts more significant weighting on all prospects’ freshman seasons to provide an equal footing between one-and-dones and multi-year NCAA players. Mann stumbled out of the gates as a freshman, averaging only 5.3 points on 35.6% shooting with a 0.625 assist-to-turnover ratio, which primarily drives the Richardson comparison.

If the Year 2 jump is for real and you believe in the trajectory of his development curve, the more favorable comparisons are certainly within the realm of possibility.

Not the most encouraging one-two punch at the top for Thomas, although Monk has made a bit of a positive efficiency surge this season. While Sexton is a dynamite, young backcourt scorer and both Gordon and Burks have had their fair share of respectable seasons as secondary scoring off-guards, the lack of high-level NBA impact guys on this list certainly curbs some of the natural surface-level enthusiasm surrounding a freshman averaging 23.0 points.

Is anyone surprised to see a list of tough, hard-nosed, competitive, defensively-oriented guards aligned with a West Virginia prospect?

While McBride’s top comp had his foibles in Boston, no one ever questioned Rozier’s toughness and now his pull-up shooting is coming to form in Charlotte. McBride fits a similar mold as more of a somewhat undersized shot-creating guard who may not be a “true” point, but can add value with his tenacity and off-the-dribble shot creation.

While Robinson-Earl’s top two comparisons here are nothing to write home about, the third really jumped out as a realistic NBA archetype. Let’s take a look at Nance Jr. and Robinson-Earl’s statistics in their respective pre-draft seasons:

Strikingly similar. And while Nance Jr. may boast an athleticism edge (as evidenced by higher steal, block, and free throw rates), he was also nearly two years older on the day of the 2015 NBA draft than Robinson-Earl will be on the day of this year’s draft.

Robinson-Earl’s theoretical role in the NBA figures to mirror that of Nance’s since he joined the Cleveland Cavaliers as a switchable small-ball forward/big with short-roll passing prowess and defensive rotational/event-creation acumen.

While the lack of a consistently reliable 3-point jumper is more problematic than ever for wings, there is still a place in the league for wings that add value as both physical point-of-attack wing-stoppers and off-ball team defenders.

Henry and Alabama’s Herb Jones are the only wings among the consensus top 100 prospects in this class to post a 2.0-plus steal percentage and a 4.0-plus block percentage. So if the jumper comes around, look out.

Stay tuned next week for Part 2, which will feature NBA comparisons for Twitter mailbag requested sleeper prospects outside of the consensus top 60.