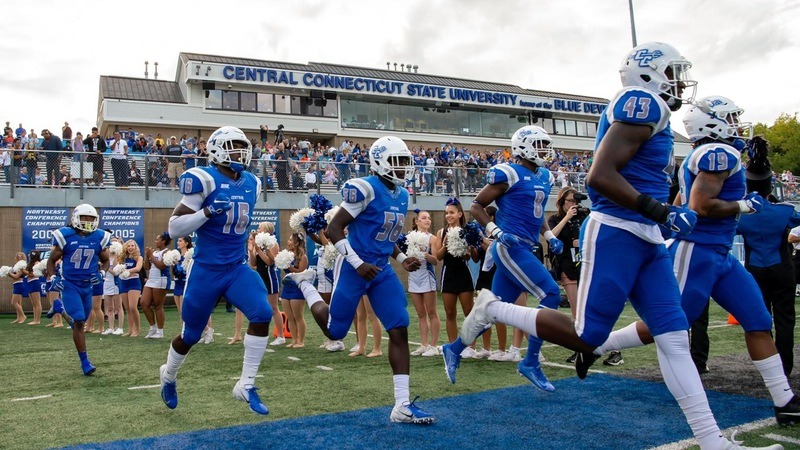 Back in the Saddle: FCS Programs Returning After Skipping 2020 Season

All 128 FCS college football programs will be participating in a highly anticipated season this fall, and over 20 percent of them will be on the field for the first time since November or December 2019.

As a result of the COVID-19 pandemic, 27 programs, when including this year’s FCS newcomer St. Thomas, did not play a 2020 season, which was mostly postponed to the spring. The virus and the short turnaround between the spring season and this fall were driving factors in decisions.

Here are the teams getting back to action after the year off from competition, including a handful that hold realistic conference championship aspirations:

When last we saw Montana State, it lost in a national semifinal at 2019 FCS champion North Dakota State, but that marked the Bobcats’ deepest playoff run in 35 years. When next we see them, Brent Vigen, the offensive coordinator for three NDSU national championship squads, will make his head coaching debut at Wyoming, the school where he spent the last seven seasons. Northern Colorado coach Ed McCaffrey will finally make his debut 21 months after his hiring, and his son Dylan, a quarterback, has made a grad transfer in from Michigan. Sacramento State was the FCS’ most-improved team in 2019, earning a share of the Big Sky title and a playoff bid for the first time under Eddie Robinson Award recipient Troy Taylor.

Hampton won only one conference game in its Big South debut in 2019, but its lineup boasted then-sophomore Jadakis Bonds, whose 15 touchdown receptions tied for second in the FCS. The Pirates are followed into the conference from the MEAC by North Carolina A&T, affording the two HBCUs their first meeting in over five years on Oct. 23. A&T has strung together five straight postseason appearances (Celebration Bowl wins in 2015 and 2017-19, and an at-large bid to the 2016 playoffs).

Towson likely had a more talented roster heading toward the 2020 season than this year, but it has since added Liberty grad transfer Chris Ferguson, the starting quarterback on Maine’s 2018 CAA championship squad. The Tigers’ home opener on Sept. 18 is against North Dakota State, which won their most recent meeting in the 2013 FCS title game.

There’s great unknown in the only FCS league whose entire membership cancelled its 2020 season, with the games set to return on Sept. 18. Dartmouth and Yale are the defending co-champs, and return experienced quarterbacks in Derek Kyle and Griffin O’Connor, respectively. Brown returns the Ivy’s top offensive talent, quarterback E.J. Perry, who set the league’s single-season record for total offense two years ago, and Princeton may have the top defensive talent in linebacker Jeremiah Tyler. Columbia’s Al Bagnoli isn’t just the dean of Ivy coaches, he’s the winningest active coach in college football with 256 victories. Penn (18) and Harvard (17) only trail Dartmouth (19) in all-time Ivy titles. That Cornell, which last had a winning season in 2005, spoiled Dartmouth’s perfect record in the second-to-last week of the 2019 season, suggests the potential depth in the title race.

The MEAC is in transition as it enters the new season with three more losses in membership. Morgan State (Tyrone Wheatley Sr.) and North Carolina Central (Trei Oliver) are under second-year coaches and Norfolk State has a new coach in former Southern boss Dawson Odums, but he has the conference’s top offensive talent in quarterback Juwan Carter. While Morgan State had only one winning season during the 2010s (7-6 in 2014), it beat pre-eminent HBCU power North Carolina A&T in 2018 and ‘19.

Having a Week Zero game may suggest how anxious Indiana State is about getting back on the field. The Sycamores were the FCS’ most-improved team in 2018, but they dropped back to 5-7 in coach Curt Mallory’s third season a year later.

Central Connecticut State won the 2019 NEC title and set a program record with 11 wins, and returns all seven of last year’s league-high preseason selections, including wide receiver Tyshaun James and linebacker Tre Jones. Saint Francis will face its first-ever FBS opponent on Sept. 3 at Eastern Michigan, but the pandemic cost the Red Flash their conference-leading passer, Jason Brown, via a grad transfer.

Georgetown has only one winning season since 1999 (8-3 in 2011), so season-ending losses in 2018 and ’19 – which left the Hoyas 5-6 both times – were particularly frustrating. They have suffered 10 losses by eight or fewer points in their last three seasons.

Dayton has scored in 487 straight games – the longest active streak in college football – but while 500 may have to wait until 2022, coach Rick Chamberlin (93-41 in 12 seasons) could reach the 100-win milestone this fall. At Marist, Jim Parady enters his 29th season as Division I’s longest-tenured head coach. His lineup faces retooling, although it returns Austin Day in a league with some experienced quarterbacks. St. Thomas, which is transitioning up from Division III, sat out the fall before needing to cancel its only scheduled spring game. The Tommies, who have gone 126-21 in coach Glenn Caruso’s 12 seasons, will open the new season with two sub-Division I opponents before traveling to Northern Iowa on Sept. 18 and then playing an eight-game PFL schedule.

Coming off two straight SWAC championships (and four in six years), Alcorn State surrendered the top spot by default while sitting out the 2020 season. The Braves’ 100th season will come in the West Division after they switched over from the East Division to make room for two new conference members arriving from the MEAC, Bethune-Cookman and Florida A&M. The latter considered itself to be the MEAC’s unofficial 2019 champion after posting the best conference record while being ineligible for the title, but the Rattlers fell to Bethune-Cookman for the ninth straight year. 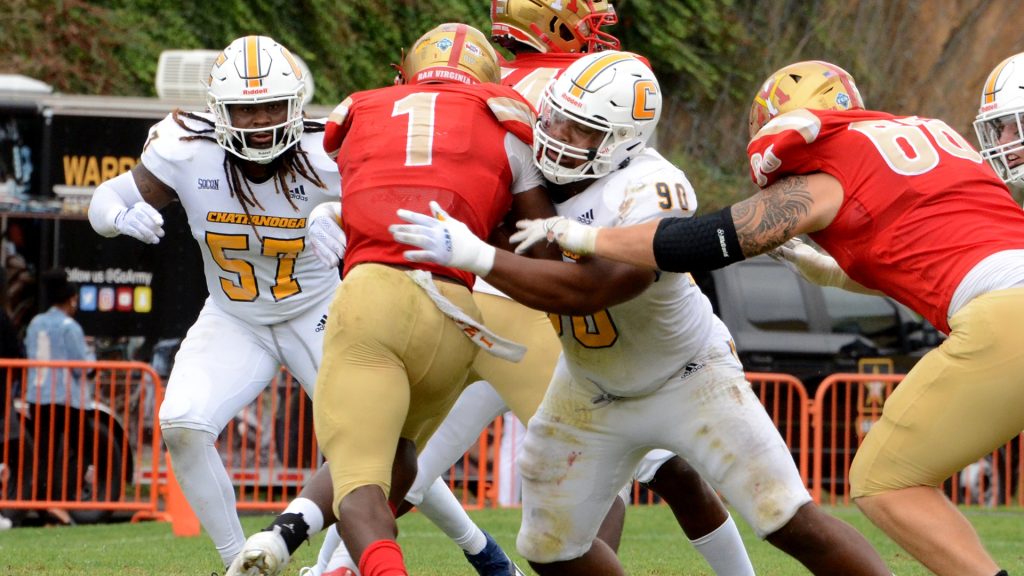 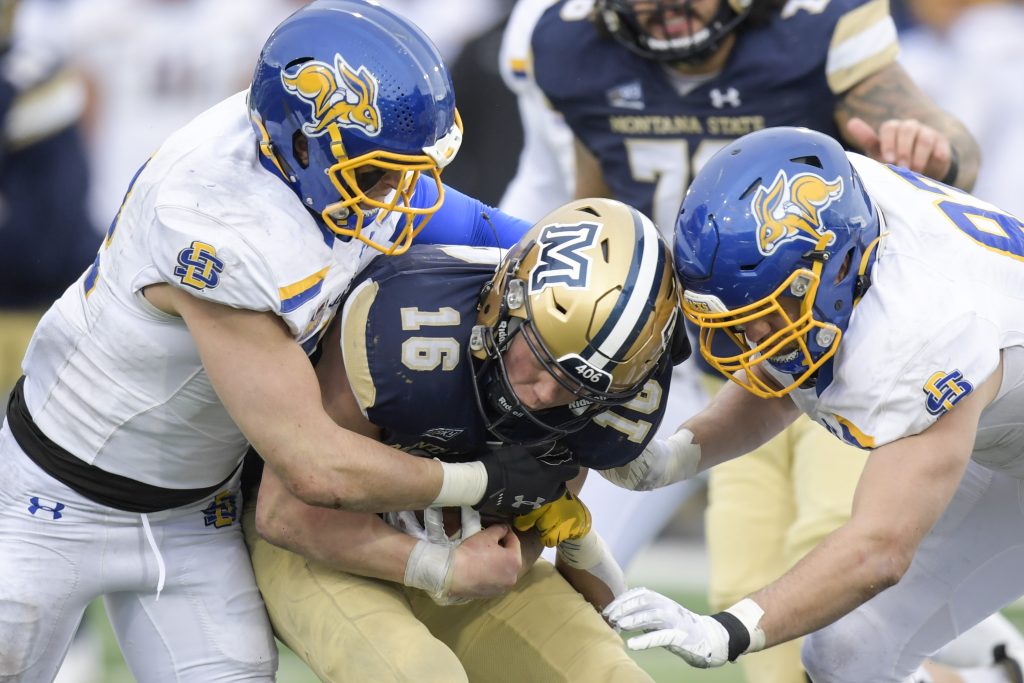 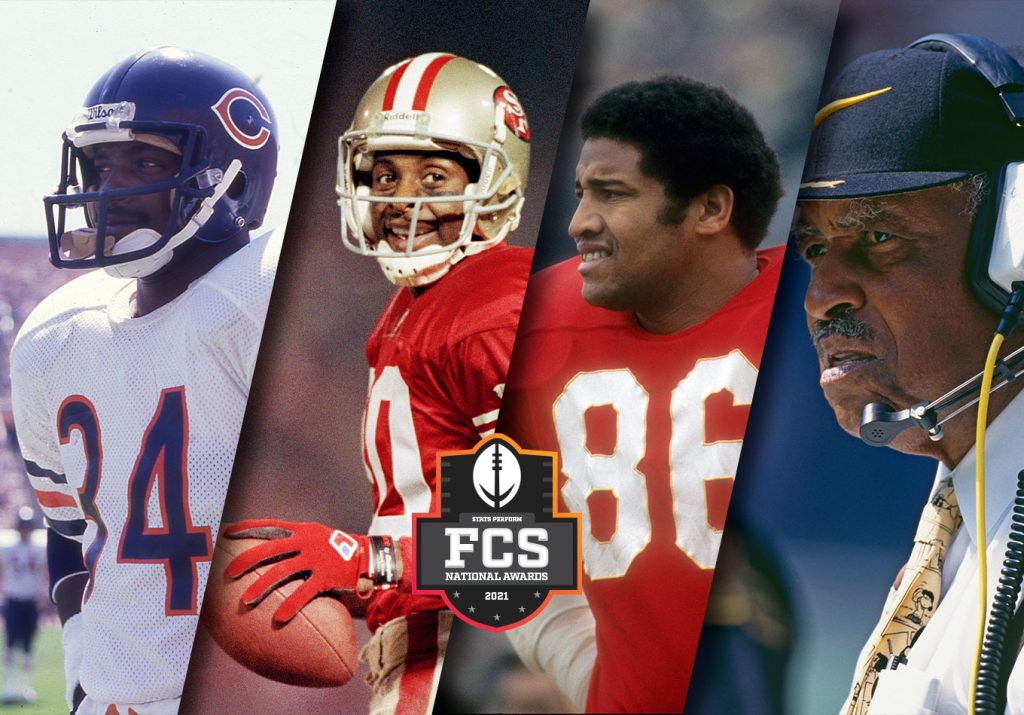 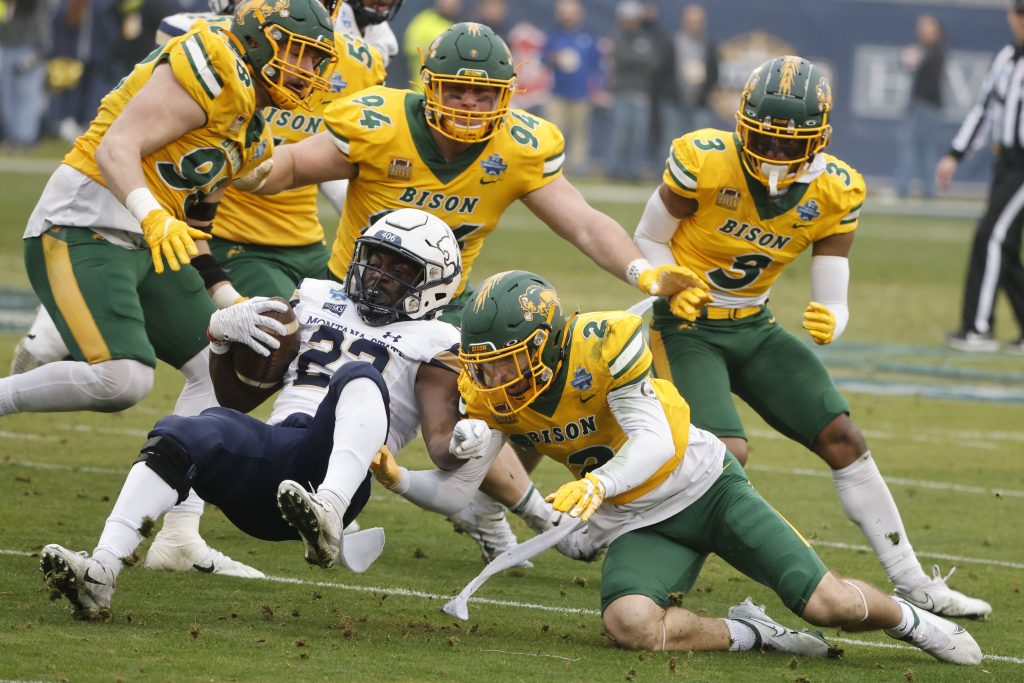