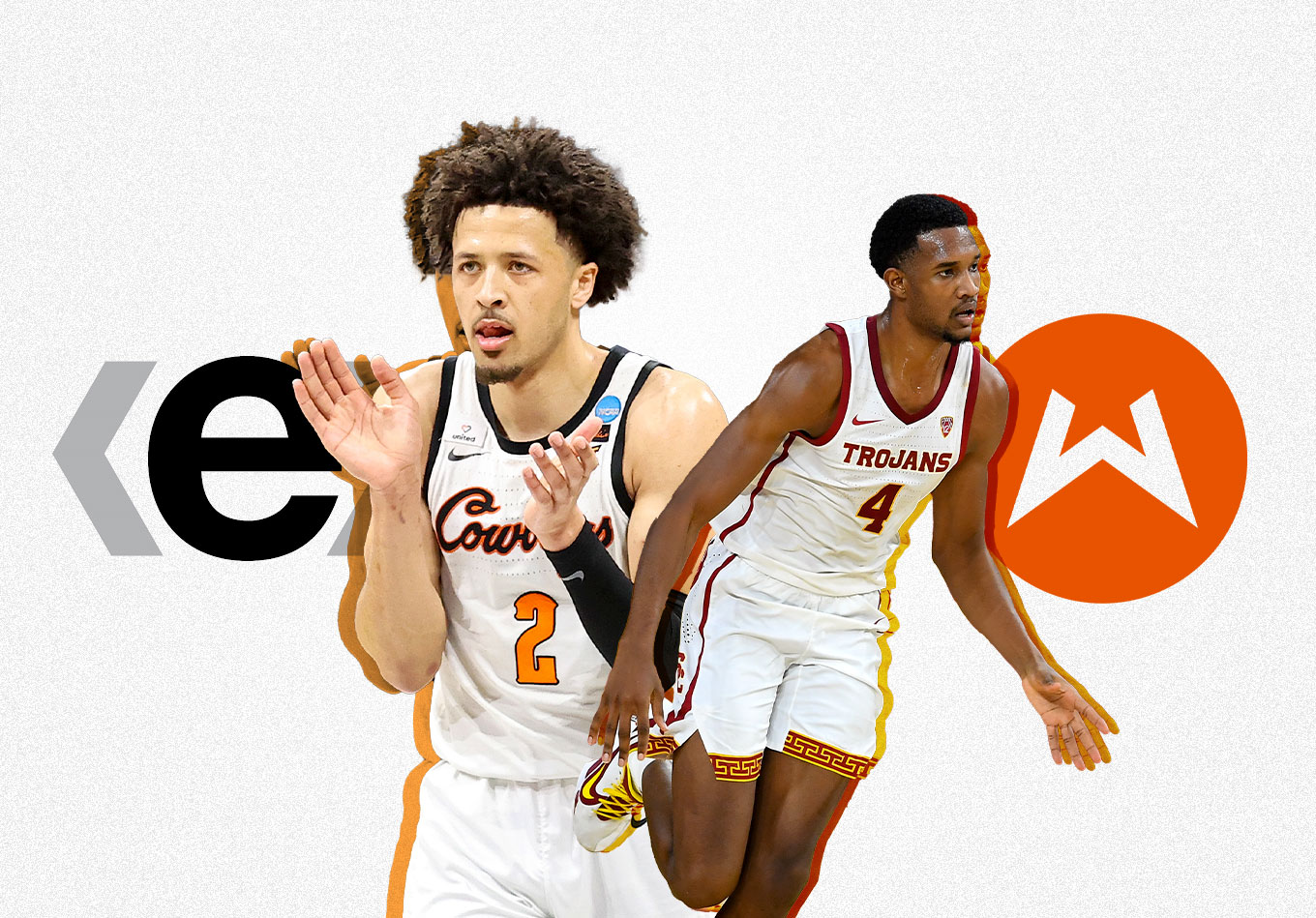 The Draft Files: Which Agency Has Locked up the Best Rookie Class?

Agents play a much bigger role in the NBA Draft than even the most draft-savvy fans tend to realize.

Throughout the pre-draft process, agencies leave no stone unturned in ensuring that their clients’ perception, both by NBA teams and the public alike, is as favorable as possible and peaking come draft time. Achieving this goal requires significant investment, not only financially, but in time and relationships.

This can include pairing a prospect with a skills trainer that specializes in that prospect’s most notable area of weakness, withholding medical information, securing team workouts with favorable matchups, lobbying for NBA Combine invitation votes, pumping one’s clients up to mainstream mock draft media personalities, and the inevitable game theoretical song-and-dance to leverage teams’ interest against each other to land a higher draft position.

But let’s put that all aside for a second. Forget all the posturing and charades. Let’s investigate which agencies recruited and signed the best rookie classes per our NBA Draft model.

As a reminder, the model is derived from an array of volume- and rate-based statistical inputs, consensus draft rankings and biographical/anthropometric information to determine where a prospect stands relative to his peers in the class.

Prospects are paired with Euclidean distance-based NBA similarity score comparisons, which are then leveraged to project a four-year rookie scale win share projection, which will serve as the foundation of quantification for ranking these agencies.

The agency is very selective as to which rookies they recruit and choose to represent, ultimately landing eight potential first-round selections who project for a combined 30.8 rookie-scale win shares.

Jalen Green, whose projected 7.5 rookie-scale win shares rank third in the draft class, is the headliner. Cameron Thomas, Day’Ron Sharpe and Isaiah Jackson each land in the top 10 as CAA’s rookie class is loaded with talent that has a chance to make meaningful early contributions to the franchises that select them.

While our model is a bit lower on Keon Johnson, Davion Mitchell and Ziaire Williams, adding Real Madrid’s Usman Garuba to the mix in partnership with his European agency, helped push CAA over the edge to claim the No. 1 spot.

Wasserman’s rookie class is led by two elite one-and-done potential superstars in USC’s Evan Mobley and Gonzaga’s Jalen Suggs. The two are projected to have a combined 15.2 rookie-scale win shares, with Mobley boasting the highest projection in the entire draft class.

While this group is a bit top heavy, the trio of Joel Ayayi, Trendon Watford and David Duke Jr. is very much in the second-round mix and Wasserman’s strong overseas presence still shines through in a class lacking international depth with the likes of Vrenz Bleijenbergh, Amar Sylla, Georgios Kalaitzakis, Biram Faye and more.

Excel most notably represents the likely No. 1 overall selection in Oklahoma State’s Cade Cunningham. Our model projects Cade to contribute nearly eight win shares over the course of his rookie scale contract, with Jayson Tatum being his strongest Euclidean distance-based NBA comparison.

Excel has recently taken on the representation of Alperen Sengun and Filip Petrusev, who earned MVP honors in the Turkish Super League and ABA League, respectively. Especially in Sengun’s case, such dominant production in one of the best leagues in the world at a very young age bodes quite well for his projection to the NBA.

While our model is a bit lower on Virginia’s Trey Murphy III, he has worked his way firmly into the mid-first round mix and figures to likely earn rotation minutes early in his NBA career.

In the agency’s first draft cycle since its significant investment from Endeavor and joining forces with WME Sports, BDA has made a notable splash.

Florida State’s Scottie Barnes, whose unique skill set projects to contribute in excess of six win shares throughout his rookie scale contract, headlines the class and has been one of the biggest winners of the pre-draft process.

Our model is also quite high on Utah State’s Neemias Queta, who grades out as a top-25 prospect, and Florida State’s Balsa Koprivica, an analytical darling and deep sleeper.

Pepperdine’s Kessler Edwards has a combination of size, shooting and defensive versatility on the wing that make him a strong second-round prospect with a chance of eventually earning his way into an NBA rotation.

Mark Bartelstein is one of the best NBA agents to ever do it, and he and his team have once again put together a top-five rookie class.

While their likely highest selection, Gonzaga’s Corey Kispert, doesn’t project nearly as strongly in our “stats only” model as his late-lottery consensus ranking, he still is expected to contribute in excess of two rookie-scale win shares. Baylor’s Jared Butler and West Virginia’s Miles McBride each also project as late first-rounders.

Priority also signed Arkansas’ Justin Smith, who will likely warrant an Exhibit-10 contract and compete for a roster spot in training camp.

The Klutch rookie class features some high-profile prospects, many of which have some “boom-or-bust” in their array of outcomes.

While none of the agency’s prospects rank inside our model’s top 10, Duke’s Jalen Johnson, Arkansas’ Moses Moody, and Texas’ Kai Jones each rank inside the top 20 and project to contribute nearly 10 combined rookie-scale win shares.

Texas’ Jericho Sims, who contributes meaningfully in ways outside of the traditional box score per our AutoStats player tracking data, joined Klutch late in the pre-draft process after vaulting his stock at the NBA Combine.

Kentucky’s B.J. Boston and Florida’s Scottie Lewis bring some pedigree to the table as top-10 high school recruits, but both wings faced notable struggles in the SEC.

Klutch quietly added two additional under-the-radar prospects in Syracuse’s Alan Griffin and Dayton’s Ibi Watson, the former of which grades out as a top-100 prospect per our model.

Octagon made a savvy move in bringing on Lighthouse Sports Management’s Daniel Moldovan as a vice president and player agent this spring. Moldovan has long been a key figure in the Australian basketball landscape and brought his existing client base to Octagon, which includes likely lottery pick Josh Giddey.

While Giddey is the clear top prospect in Octagon’s rookie class, Villanova’s Jeremiah Robinson-Earl projects to contribute more than 2.2 rookie-scale win shares and may warrant guaranteed contract consideration in the early second round.

Colorado’s McKinley Wright IV has worked his way into potentially being drafted in the 50s on a two-way contract and the Georgia Tech dynamic duo of Jose Alvarado and Moses Wright both rank within the model’s top-100 prospects.

Verus is the highest-ranked mid-market agency in the top 10. While it only represents rookies in the 2021 NBA Draft class, three may end up drafted in the first round with significant upside.

Jonathan Kuminga, a member of the inaugural G League Ignite team, projects as a top-10 prospect. Auburn’s JT Thor has been one of the sharpest risers of the pre-draft process and currently ranks 29th in our draft model, projecting to contribute more than 2.3 rookie-scale win shares. Florida’s Tre Mann also projects more than two rookie scale win shares and has a chance to be selected in the late first round.

While Beyond’s class may not have any first rounders, it has assembled a large group of formidable rookies, some of whom possess tantalizing upside.

Shawnee State’s EJ Onu is among the draft’s most intriguing sleepers. Nebraska’s Dalano Banton, whose unorthodox game and high-level passing vision at 6-foot-9 were put on display throughout his second G League Elite Camp scrimmage, has drawn some second-round interest. Both have a chance to be drafted and are positioned strongly to at least land two-way contracts.

The strategic merger of Tandem Sports & Entertainment and YouFirst Sports last summer is reaping benefits this draft cycle by landing a top-10 class.

It remains quite possible that none of its clients ultimately end up drafted, but several of its perceived “fringe” prospects grade out well above their consensus scouting rankings in our draft model. UNC-Greensboro’s Isaiah Miller popped as a top-10 prospect in our “stats only” model. Brandon Rachal, Aamir Simms and Juwan Durham each project to contribute more than one rookie-scale win share as back-end top-100 prospects that warrant meaningful UDFA looks.