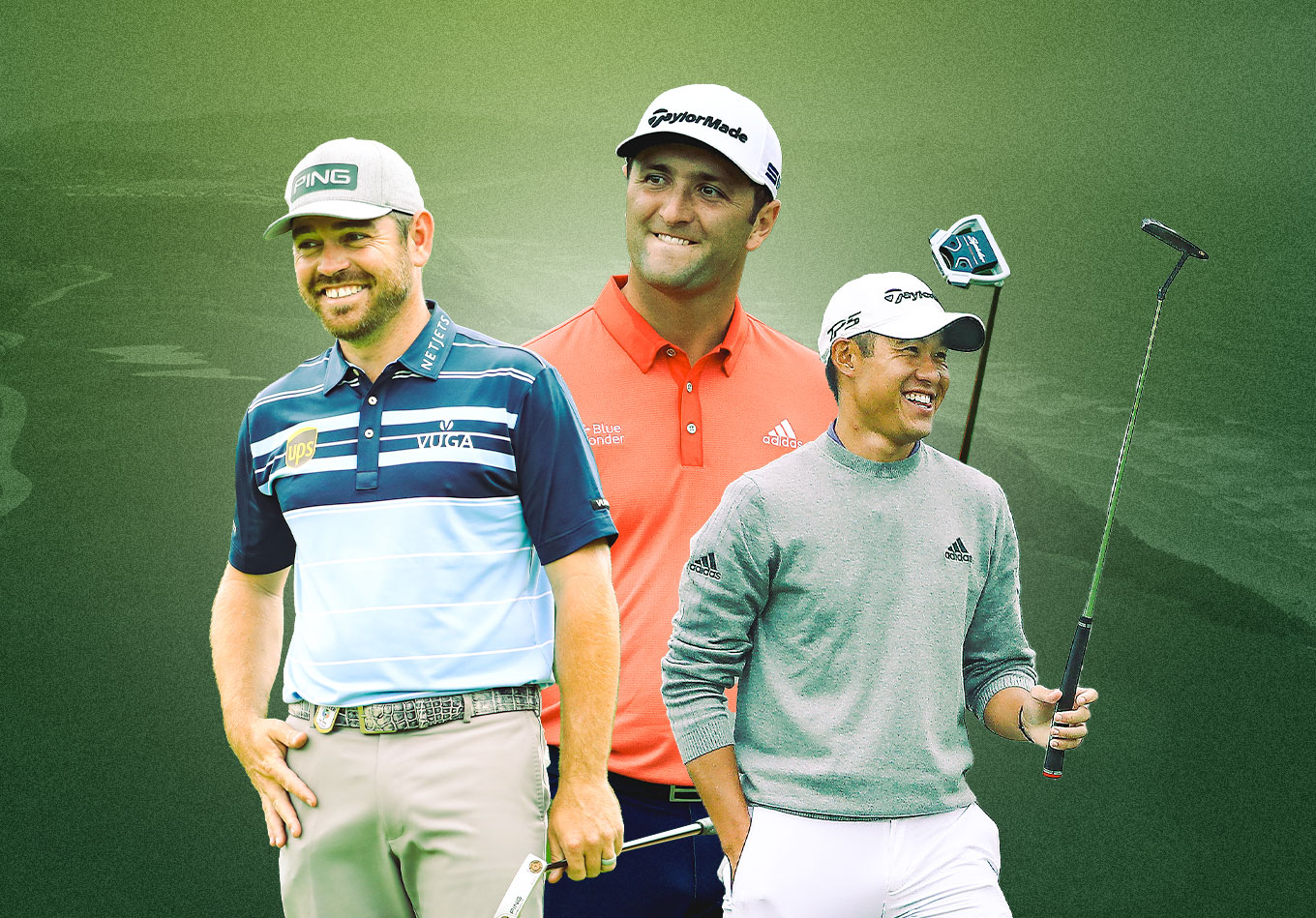 Rahm’s Revenge? The FRACAS Model’s Pick to Win and Players to Watch at the US Open

Jon Rahm has been playing off the charts, but can he bounce back following his forced withdrawal? We’re using the FRACAS model to project his performance and more ahead of this weekend’s major at Torrey Pines.

FRACAS proved to be on point last week when one of our value plays, Garrick Higgo, won the Palmetto Championship and another, Tyrrell Hatton, tied for second.

Higgo moved up nine spots to 35th in the world and gained instant PGA membership with his win. Elsewhere in the world, Jonathan Caldwell won on the European Tour and moved to 272nd in the world.

With a weak field on the PGA Tour, it was a difficult week for golfers in the top 100 to make any serious headway. In fact, the player who moved up the most spots to crack the top 100 is back-to-back Korn Ferry Tour winner Mito Pereira. We discussed Pereira last week, but with his third Korn Ferry victory this season he now gets instant PGA membership.

Pereira is now ranked 92nd, per FRACAS, moving up another 77 spots.

For the second time in 2021, Torrey Pines Golf Course in San Diego, California, is the host. The U.S. Open setup will be quite different from what we saw at the Farmers Insurance Open back in January. The rough will be more severe, the pin placements will be in their toughest positions, and the tee boxes will likely be pushed to the tips. Additionally, the USGA has converted the par-5 sixth hole into a long par 4.

While we won’t know for sure how difficult the course will play until the tournament begins, our estimate is that the course will play nearly three strokes over par, with a ton of scoring variance. We estimate that eight of the holes will fall into the long/difficult par-4 cluster, and those holes alone will play two strokes over par with over four strokes of variance. Birdie holes will be almost non-existent, with the par-5 ninth and 18th the best bets for birdie-hunters. A premium will be placed on players who can save par and play consistent golf.

The field is predictably strong. Compared to last week, the median FRACAS for the field is higher for the entire field in the U.S. Open than the final two rounds of the Palmetto. It’s almost entirely in-line with last year’s U.S. Open. The biggest difference in field strength is that the cut will only be top 60 and ties. For a full-field event, that’s a miniscule number of golfers who advance.

The composition of the field is highly dynamic. While the top 50 in the world garner automatic invites, the other qualifications offer opportunities for anyone to make the field. There are a handful of Korn Ferry members here this week, a couple of handfuls of European Tour players, some players from the Japanese PGA Tour, and a slew of players who aren’t a member of any tour but made it via the regional qualifiers.

A familiar name returns to the top of the FRACAS standings, and the same player is our model’s pick to win this week.

Coincidentally, Jon Rahm is also the betting and fantasy favorite this week. While he’s not a market value for us this week, he stands head and shoulders above the field in projected win percentage. If we look at his rolling FRACAS he is, quite literally, playing off the charts. His performance at Muirfield Village prior to his forced withdrawal was out-of-this-world good. He gained almost a full stroke of FRACAS from the start of the tournament until the end of his third round, breaking out of his mini-slump.

From a course suitability standpoint, it’s hard to find a better fit for Rahm. He’s projected to lead the field in both types of par 3s, the long/difficult par 4s, and the difficult par 5s. His strongest holes comprise 15 of the 18 holes at Torrey Pines South.

Everything is lining up for Rahm to take home his first Major title.

There are a few notable players missing from our projected top 10 in win percentage. Dustin Johnson, Brooks Koepka, Bryson DeChambeau and Rory McIlroy are absent from the list. DJ, Bryson and McIlroy have had trouble finding their form, but Koepka is the one who constantly confounds the model. He’s admitted to having focus issues when the tournament isn’t a major, but the model has issues identifying that.

Our lowest-odds value play was almost the beneficiary of Rahm’s Memorial withdrawal two weeks ago. Collin Morikawa is already good, but his recent form has been nothing short of spectacular. Beginning with his win at the WGC-Workday at the end of February, Morikawa has finished every tournament with a FRACAS higher than when he started that tournament.

While distance off the tee will be a focus this week, Morikawa actually fits this course quite well in spite of his mediocre driving distance. Morikawa hits fairways – a lot of fairways. That’s important because 11 of the holes are either long par 4s where hitting the green will be at a premium or difficult par 5s where getting into position with your second shot is one of the only ways to set up birdie.

In this field, Morikawa is projected to score fourth best on the long par 4s and he trails only Rahm in projected scoring on the par 5s. Our model thinks Morikawa is the second most likely player to win this week at 17-1, a value over the 20-1 in the consensus market.

After hitting on Higgo last week, we’re going back to the well with another South African. Louis Oosthuizen is our best value of the week and someone we feature just about every time he plays.

While the big win on U.S. soil remains elusive for Oosty, he’s in top form right now. He plays his best golf when the going is tough, projecting to score third best in the field on the long/difficult par 4s. He’s not the longest off the tee, but like Morikawa he hits a bunch of fairways and should set himself up well for his approaches.

Our model sees Oosthuizen as 24-1 to win, a tremendous value over the 43-1 in the consensus.

The Best of the Rest

As discussed above, the field for the U.S. Open is full of players you may not know.

While most can be found on our leaderboard, below is a list of players with positive FRACAS who play most of their golf on a tour other than the PGA.

Higgo, MacIntyre and Kaymer are likely two of the most well-known players of the group. Higgo is coming off a win, MacIntyre has had good showings in the last two majors, and Kaymer is a former No. 1 in the world.

Though he plays under the American flag, Chan Kim is a full-time member of the Japanese PGA Tour. His results in Japan have been mixed, but in his last seven starts he’s missed one cut, finished in the top 15 every other time, and won the JT Cup – the Japanese PGA Tour championship. He’s also had success here in the states. Kim rode a hot Sunday to tie for 23rd at the PGA Championship and finished a respectable 35th at the WGC-Workday.

What’s more encouraging is how he’s been doing it. He gained 7.1 strokes tee to green at the PGA Championship in a very strong field. He’s a legit player and one of our favorite longshot options this week. He’s 433-1 in the consensus odds, but we love him as a top 10 or top 20 option at longer odds than a Rahm outright win.

Englishman Marcus Armitage had a tie for eighth and a win in his last two European Tour starts, and this course should suit his skillset. He’s a pure ball-striker with a knack for scoring well when things are tough. FRACAS has him right around PGA Tour staples Marc Leishman and Lanto Griffin this week.

While he’s not really a viable option to win this week, Armitage is a great prospect in fantasy or in the placement markets. 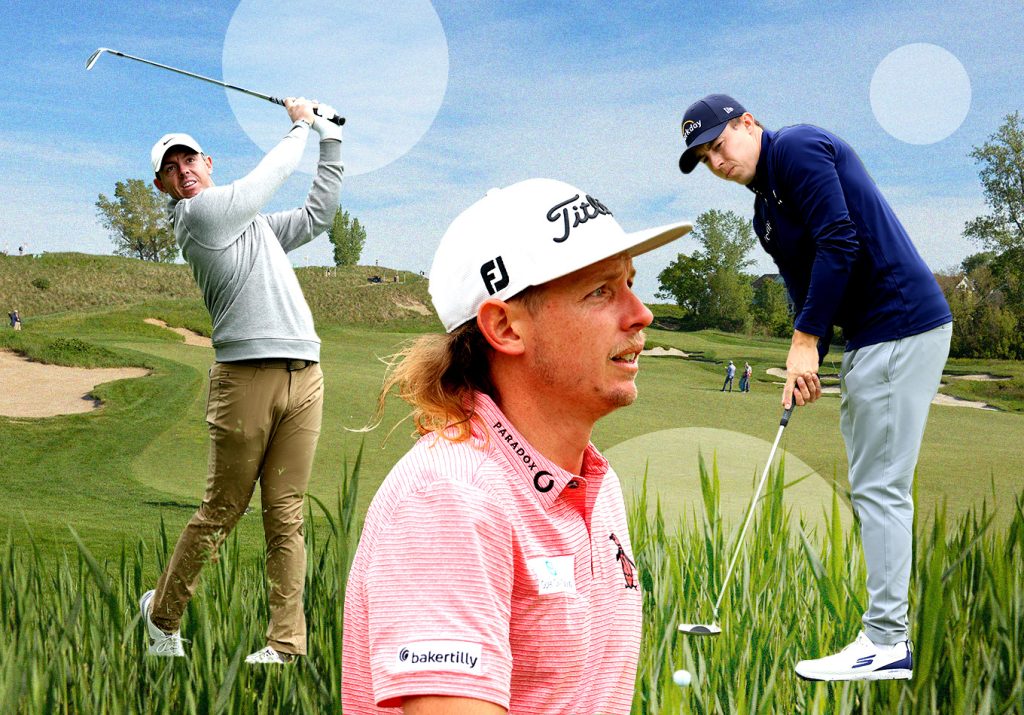