Fine Wine: How the Ageless Giants Crashed the NL’s SoCal Party | The Analyst 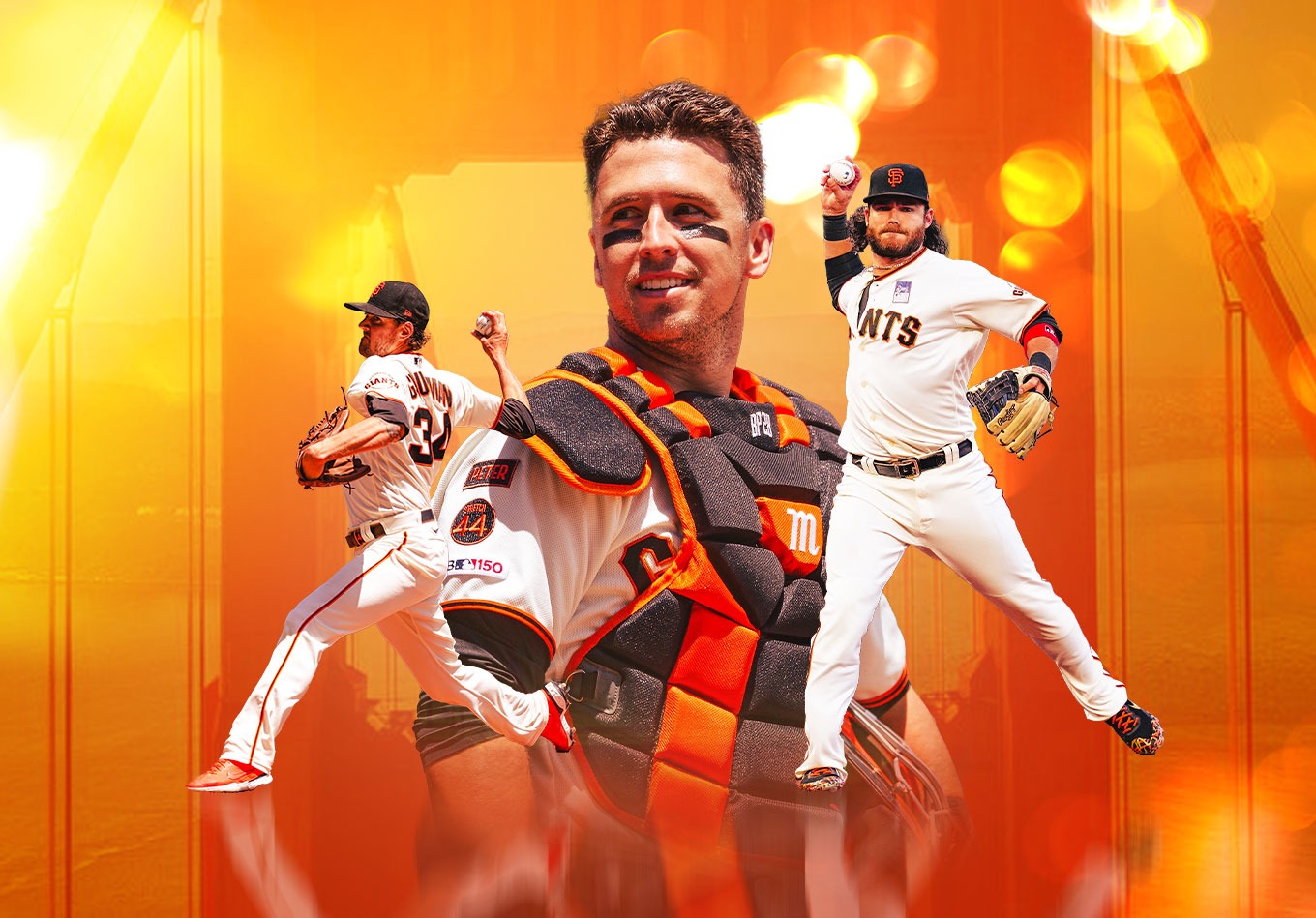 With just over 40% of the season completed, one of baseball’s most surprising teams has the best record in the National League.

At 42-25, general manager Farhan Zaidi and manager Gabe Kapler have the San Francisco Giants ahead of even the Los Angeles Dodgers and San Diego Padres, two NL West powerhouses that received all the attention leading up to the season.

And even though the raw value data put them among the best teams in baseball before the season, we had our doubts just like everyone else. But the Giants, with a run differential of plus-73 – good for the second-best mark in the NL – and an excellent 20-12 record against teams over .500, have earned every bit of their success so far.

Even the more advanced numbers paint a rosy view. Entering play on Tuesday night, the Giants were sixth in MLB in offensive raw value (RV+) and third in pitching raw value (RV-). In total, that left them second overall behind Houston in the combined raw value rankings.

Let’s take a deeper dive into why the Giants have performed well beyond expectations.

The Giants opened the season in Seattle, facing the Mariners in a three-game series. Of the nine position players that started for San Francisco on Opening Day, seven were at least 30 years old. The only two under 30 were left fielder Austin Slater and center fielder Mauricio Dubon.

The Giants are the third-oldest team in the NL by average age of every player to play a game this season. Sure, they have a group of franchise icons like Buster Posey (34) and Brandon Crawford (34). But when the youngest infielder is the third “Killer B” in 33-year-old Brandon Belt, it means that what’s different about this club is that it’s heavily reliant on older players to perform at a high level.

It’s been two prongs of those “Killer B’s” along with the oldest Giant, Evan Longoria (35), who have performed close to – if not above – career-best levels in powering San Francisco to this impressive start. Batting .327 with 11 home runs and a .964 OPS, Posey has numbers rivaling his 2012 season in which he won NL MVP honors. Among those with at least 100 plate appearances, Posey entered the week 16th in MLB with an RV+ of 157.

Holding down the left side of the Giants infield, Crawford and Longoria have provided power to go along with spectacular defense. Entering the week, Crawford ranked 12th in the majors in both RV+ (155) and BIP+ (179), fifth in the NL with a .545 slugging percentage and was tied for second in the NL with 44 RBIs. Among those with at least 100 plate appearances, Longoria was 12th in the majors with an RV+ of 169.

DeSclafani has been a revelation for the Giants, and after his second shutout of the season this past weekend against the Washington Nationals, he now ranks 14th in the NL in ERA (3.09) and 12th in opponent batting average (.203). DeSclafani and Wood both have RV- numbers better than the league average (100) at 86 and 89, respectively.

Out of the bullpen, the two pitchers who have been used in the highest leverage situations have been Tyler Rodgers (age 30) and Jake McGee (34). Everywhere across the roster, it’s the old guys who have been the best performers.

The Giants have been clobbering the ball all season. Again, led by their seasoned veterans, they rank third in all of baseball with 94 home runs. Nine different Giants have hit five or more homers, and seven of them are 30 or older.

And San Francisco is doing most of its damage away from home. Through 38 road games, the Giants have hit 62 home runs, good for 1.63 home runs per game. In the comfy confines of Oracle Park, the Giants have hit 32 home runs in 29 games, for 1.10 long balls per game. If the Giants continue their power surge away from home, they could challenge the record for largest differential in homers per game on the road vs. at home, which is 0.77 by the 1966 Pittsburgh Pirates.

It’s a good thing the Giants hit a lot of home runs because they rely on homers far more than any other team in MLB. Of the 313 runs they’ve scored this season, 165 of them are via the long ball. That 52.7% tops the majors by a healthy margin. And when the Giants struggle to hit the long ball, they struggle to score. They’ve averaged 2.1 runs per game while going a pedestrian 9-8 in games in which they don’t go deep. San Francisco hit one home run and totaled three runs in a four-game split in Washington last weekend.

Of course, when you’re struggling to score, being able to rely on a bona fide ace who can take the rubber once every five days and give your team a great chance to win means even more, and that’s exactly what the Giants have had with Gausman.

Not including the otherworldly Jacob deGrom (0.56), Gausman has the best ERA in the majors at 1.43. Entering the week, the veteran right-hander was leading everyone, including deGrom (123.4), in strike+ (124.3), which measures the ability to generate both swings and misses and called strikes. He’s also third in WHIP (0.78), fourth in opponent batting average (.159) and 11th with an RV- of 63.5.

There’s no question that Gausman has exceeded all expectations of the Giants, who re-signed him this offseason for the $18.9 million qualifying offer. Even more remarkably, he has been dominant with mostly two pitches. While he has four in his repertoire, he relies heavily on his fastball and splitter, throwing those two pitches 87.7% of the time.

He throws his fastball almost exactly 50.3% of the time, notching a strike 74.1% of the time on those pitches to get ahead in counts. He then uses his splitter at a 37.4% rate and it’s even more dominant than his fastball. While hitters have a putrid .179 average and a .310 slugging percentage against his fastball, opponents are batting .114 against his splitter with a .167 slugging percentage. How spectacular is that? Well, Gausman himself is hitting and slugging .208 on the season.

His dominance is also reflected in a couple other staggering facts. Through 12 starts and excluding openers, Gausman is the only pitcher in MLB history to allow one earned run or fewer in 11 of those starts since earned runs became an official statistic in 1913. And he also joined some elite company.

Zaidi and Kapler have built a team of mostly interchangeable parts to take advantage of as many platoon advantages as possible. The Giants lead the majors in pinch-hit at bats with 157 such plate appearances.

The Giants employ this to such an extreme that a brilliant night from a position player doesn’t preclude them from being pinch hit for late in the ballgame. On June 4 against the Chicago Cubs, Dickerson walked twice and hit a three-run home run in his first three at-bats. But when a left-handed pitcher was summoned to face Dickerson later in the game, Kapler didn’t hesitate to send the right-handed Slater to the plate in his place.

Partially due to the volume of appearances, but also because Kapler works hard to put his players in these advantageous positions, the Giants have accumulated an MLB-best 14 extra-base pinch hits, including seven big flies – tied atop the majors. The 2016 St. Louis Cardinals set the record with 17 pinch-hit home runs and if the Giants continue this pace, they’ll threaten, if not overtake, that mark.

If the Giants continue to defy expectations and remain in pole position throughout the season, it’ll be because Posey and Crawford continue their resurgent seasons and the depth gathered by the front office continues to perform at an elite level. If they can get to the postseason, the Giants will have Gausman taking the mound for wild-card game or Game 1 of a series and a roster that still knows how to win.

After that, all bets are off.