Who Will Win the Battle of the Titans? How Our Adjusted Team Rankings Line up the NL West | The Analyst 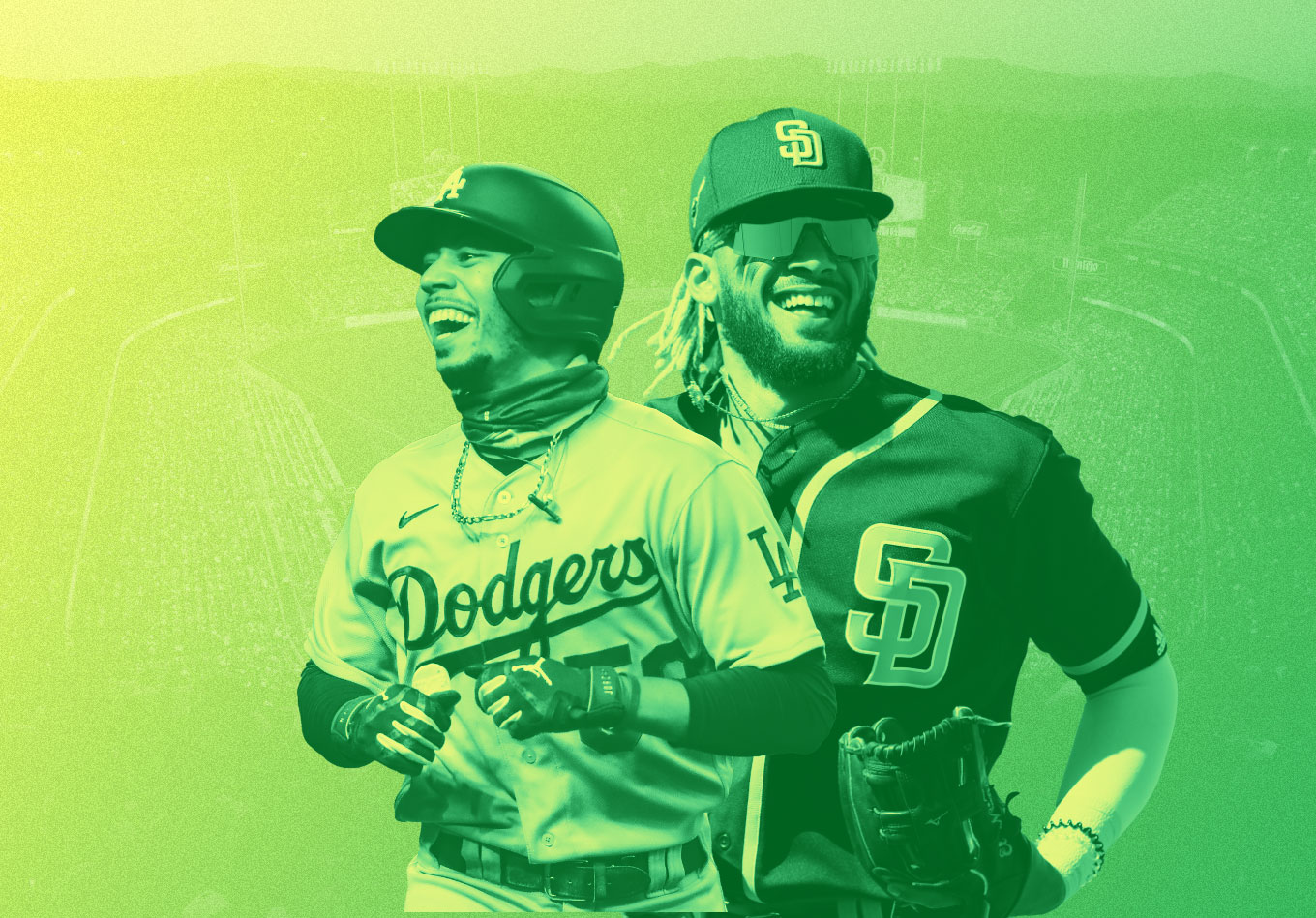 Who Will Win the Battle of the Titans? How Our Adjusted Team Rankings Line up the NL West

Baseball is back, and SoCal is the epicenter of the National League.

For the sixth time in the past 10 seasons, the NL boasted the World Series champion, as the Los Angeles Dodgers won for the first time since 1988. But a new challenger has entered the fray, as the San Diego Padres have added even more talent to their already loaded roster and look ready to challenge their NL West rivals.

Can the San Francisco Giants, who are one of the biggest surprises in our 2021 adjusted team rankings (ATR), make some noise in the division race? Well, let’s reveal who the favorites are in the top-heavy NL West according to the ATR, which aren’t projections, but rather a single ranking system calculated using a model that combines each player’s 2020 raw value data and adjusted for 2021 rosters.

At long last, the Dodgers finally won the World Series. And with a majority of the team’s core under contract or team control, it should have been a quiet offseason in the City of Angels, right? Wrong. President of baseball operations Andrew Friedman saw what his friends down I-5 were doing and responded by landing the biggest fish on the free-agent market. Trevor Bauer, who owned baseball’s best RV- in 2020, joins Walker Buehler (85 RV-), Clayton Kershaw (73 RV-) and David Price (2020 opt-out) in a stacked rotation that could push former top prospects Dustin May and Tony Gonsolin to the bullpen. And that doesn’t even include Julio Urias (68 RV-), who led the Dodgers in 2020 in RV- and got the final out of the World Series. Mookie Betts (146 RV+), Cody Bellinger (142 RV+) and World Series MVP Corey Seager still lead one of MLB’s deepest lineups. Add in endless depth and a wealth of prospects, and Los Angeles remains baseball’s best team. It’s the Dodgers’ world, and we’re all living in it.

LA, meet your match. San Diego finished 2020 with the league’s third-best record, but was swept by Los Angeles in the NLDS. The Padres are tired of being the Dodgers’ little brother, and there’s a strong group in place to compete with LA already. But, in A.J. Preller’s eyes, that wasn’t good enough. The Padres traded for Blake Snell, Yu Darvish (61 RV-) and Joe Musgrove (76 RV-), and signed Mark Melancon (63 RV-) and 2B Ha-seong Kim from the KBO. Oh, and they inked the face of their franchise to a 14-year, $340 million deal. Include Fernando Tatís Jr. with the likes of Manny Machado (149 RV+), Jake Cronenworth (145 RV+) and Eric Hosmer (148 RV+), and San Diego’s lineup actually ranks higher than Los Angeles’ in overall RV+. The Padres are as legitimate of a World Series contender as anyone.

San Francisco surprised many by competing for a wild-card spot up until the final day of the season. But despite retaining the services of Buster Posey, Brandon Belt and Brandon Crawford, the Giants are a far cry from their “Even-Year Magic” teams. San Francisco employs Johnny Cueto and Evan Longoria as well, making them prime contenders to play this year’s Cubs in the 2015 NLCS. But it’s 2021, and while Mike Yastrzemski (138 RV+) might provide some spark, San Francisco will likely spend this season developing players like Joey Bart and Heliot Ramos, while hoping to flip someone like Kevin Gausman for prospects. Are they as good as their raw value rating suggests? Maybe. Maybe not. But don’t be totally surprised if they make another run.

The D-backs are a few years away from joining the NL West title race. They have one of the most promising farm systems in baseball that will only improve with three of the first 65 selections in the 2021 draft. 2019 All-Star Ketel Marte (96 RV+) and Madison Bumgarner (176 RV-) will need to bounce back if Arizona wants any shot at a wild-card spot. Frankly, the entire roster was a disappointment in 2020 and would benefit from some positive regression. Marte’s RV+ in 2019 was 117, Christian Walker’s (116 RV+) was 152 and Carson Kelly’s (70 RV+) was 122. Otherwise, it could be a long season in the desert.

Did anyone have a more miserable offseason than Rockies fans? They lost their franchise star and watched their team spend next to nothing in free agency. Their farm system ranks in the bottom third of MLB. Soon, they could watch another star – shortstop Trevor Story – get traded or walk as a free agent following the 2021 season. For reference, Colorado’s next-best player in terms of RV+ in 2020 was Matt Kemp. Given the altitude at Coors Field and the small-market constrictions of playing in Denver, it’s harder to build a consistent winner in Colorado than most places. But there has to be a better plan than the one in place, because things are not working right now.