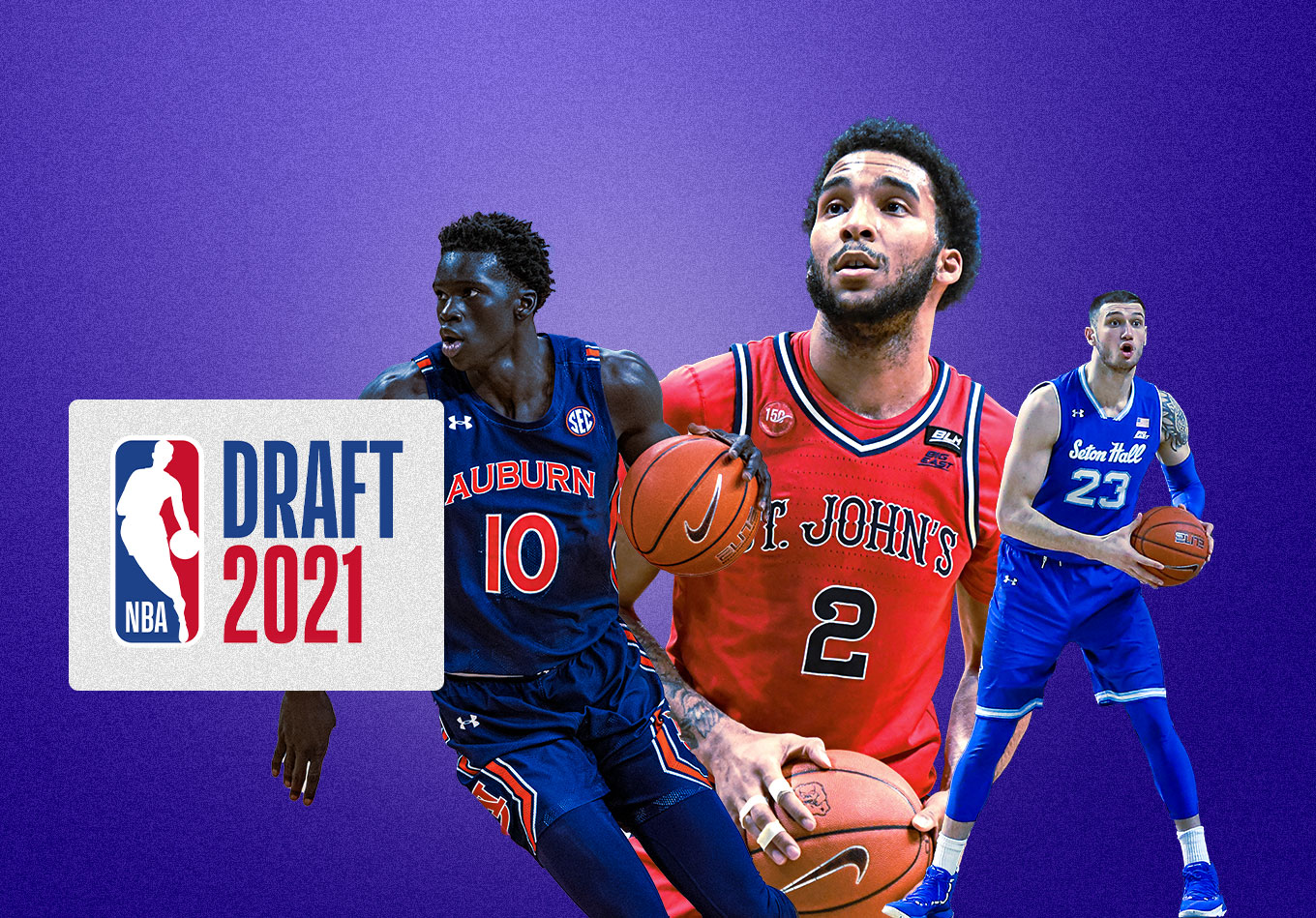 This time, we’re digging into NBA statistical comparisons for prospects outside the consensus top 60. While some of these players may withdraw and return to school, many have a strong chance to be drafted in the second round, sign as a priority undrafted free agent, earn a two-way/Exhibit-10 contract, or be strong NBA Summer League candidates.

As we mentioned in Part 1, our NBA draft model not only projects broadscale value contribution of prospects at the NBA level but also produces an output of player comparisons. Without revealing too much under the hood, the similarity score outputs are Euclidean distance-based, effectively digesting an array of on-court statistical inputs (as well as height weight, age, position, and draft pick/rank) and deriving which players are most similar based on differences in standard deviations (with some nuanced weighting and other adjustments).

Let’s dig into NBA comparisons for some of the draft sleepers that were submitted via our Twitter mailbag. Again, the top of the list represents the most similar comps at the time they were drafted:

While Whitney being Thor’s top comparison is a bit alarming, the rest of this list is quite encouraging. Let’s take a peek at Wood’s pre-draft season at UNLV in 2014-15 as compared to Thor’s at Auburn in 2020-21:

A really similar statistical outlay here. Similar to Wood, it may take a bit of time for Thor to develop and settle into his role at the NBA level, but a similar development curve seems within reason.

Claxton has proven to be a key rotation piece for a championship contender and Oshae Brissett had a really strong late season surge with the Pacers. This archetype of big, mobile, multi-faceted two-way forwards is becoming more and more valuable in the modern NBA.

Shooters with size will always have appeal. Some of these comparisons were drafted, others not. Most have spent a significant chunk of time in the G League and had a cup of coffee in the NBA. This seems like Champagnie’s most likely path, whether it be a second-round selection or a two-way deal.

While the freshman-aged sophomore’s 6-foot-8 stature combined with his strong shooting indicators (37.7 3-point and 88.7 free-throw percentages this season) are his most clearly translatable calling cards, he’s proven capable of impacting the game on the defensive end as well with high steal and block rates.

Champagnie is the only consensus top-100 prospect to shoot at least 35.0% from 3 and 85.0% from the line while also having a 2.0 steal percentage and 3.0 block percentage.

Some really good college guards to be sure, most of whom have played multiple cycles of NBA Summer League and have been impactful both in the G League and overseas. It’s always an uphill battle for guards on the smaller side that lack elite athleticism.

With a career 60.4 true shooting percentage, a 40.0 3-point percentage in all three NCAA seasons and 1.95 career assist-to-turnover ratio, Zegarowski has the combo of smarts and skill to warrant NBA looks. Performing better than expected in athletic testing at the combine would likely go a long way toward convincing teams that he can carve out a role as a backup lead guard in the league.

Schakel is one of the most bona fide snipers in this draft class with a career 42.7 3-point percentage on more than 500 attempts and having cleared the 90.0% free-throw shooting threshold in each of the past two seasons. While this is a premium skill, it can be difficult to stick in the NBA if it’s your only real tool. Luckily, Schakel also clears the positional size hurdle.

Schakel has signed with Octagon, the same agency that represents Thomas – his third-most similar NBA comparison. Let’s take a look at how their junior and senior seasons compare:

The demand for elite shooting is higher than ever in the NBA. Schakel will likely be one of the most sought after rookies on the undrafted free agent market and will get a chance to prove himself in Summer League and training camp.

When recently discussing Ballock with an NBA scout following his performance at the Tampa Bay Pro Combine, Dakota Mathias was suggested as a pro comparison. Judging by his performance at the 2018 Portsmouth Invitational Tournament and the way he scratched and clawed his way into an NBA opportunity over the past three years, that assessment is understandable.

As one of the best shooters in this draft class (41.1 3-point percentage on 400-plus attempts over the past two seasons), Ballock may have a chance to earn an NBA opportunity sooner or later.

The Jock Landale comparison is a fascinating one in a similar fashion to the Ballock-Mathias comparison above. Landale was a standout at the 2018 Portsmouth Invitational Tournament and began his career with a high-level overseas role for KK Partizan, competing as a starter in Liga ABA and Eurocup as a rookie. After following up a strong rookie campaign with a dominant 2019 NBA Summer League performance, he joined Žalgiris and continued as a high-performer in the LKL and Euroleague (the top basketball league outside of the NBA). Landale took his talents down under this past season and was instantly one of the best players in the Australian NBL. Now, he’s on post-pandemic NBA radars.

Krutwig, who recently impressed scouts with elite post-facilitation chops and improved physical conditioning at the Tampa Bay Pro Combine, was an All-American and led Loyola-Chicago on two deep NCAA Tournament runs. His early career will likely follow a similar trajectory to that of Landale as an early contributor in high-level overseas competitions. If he’s able to climb the European ladder and continue making Jokic-esque dimes as an elbow dribble-handoff facilitator, Krutwig may warrant an NBA opportunity in the coming years.