Can the Patriots Return to Prominence in Year 2 After Tom? | The Analyst 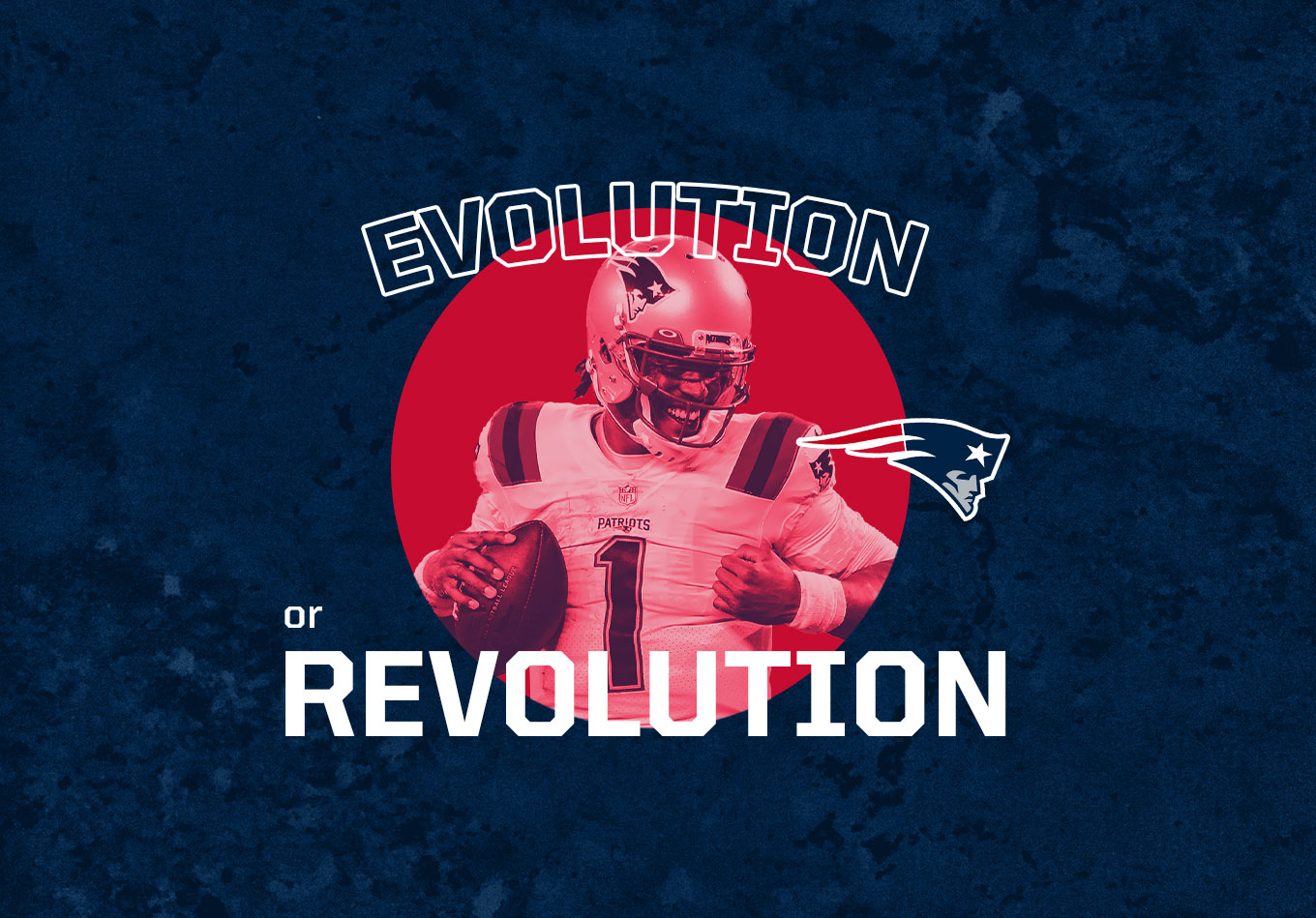 Can the Patriots Return to Prominence in Year 2 After Tom?

It wasn’t a season fans of the New England Patriots will remember fondly.

Not only did they lose Tom Brady after 20 years, but the star quarterback went on to win a seventh Super Bowl with the Tampa Bay Buccaneers.

The Pats, meanwhile, suffered with the tight salary cap left behind from years of postseason glory.

New quarterback Cam Newton struggled and New England finished 7-9 for its first losing season since 2000. It was also the first time the team missed the playoffs since 2008 when Brady suffered a serious knee injury in Week 1.

Not used to those struggles, head coach Bill Belichick and the Patriots have been aggressive in attempting to put things right with a free agency spending spree.

Let’s take a look back at their rare disappointing 2020 season and examine whether some of the moves they have made will turn their fortunes around.

Newton, a former NFL MVP who was a late addition before the season on a bargain contract, was unable to recapture his Carolina Panthers peak.

Both returning from injury and learning a new offense, he finished with an 82.9 passer rating – 28th out of 35 qualifying quarterbacks – and had just eight touchdown passes and 10 interceptions.

Still, Brady had some similar struggles the year before with a supporting cast that wasn’t quite up to New England’s championship standards.

Jakobi Meyers, who was undrafted in 2019, had a good year at wide receiver (59 catches, 729 yards), though no other player topped 400 yards receiving. Julian Edelman was only healthy for six games and the team reportedly released him Monday after a failed physical, while the top tight end Ryan Izzo had just 199 receiving yards.

The Pats were 30th in the NFL with just 180.6 passing yards per game and they only had 38 passing plays of 20 yards or more – ahead of only the New York Giants and Cincinnati Bengals in that category.

Newton also finished 31st in the NFL with just 22 pass attempts of 21 air yards or more to further highlight the limitations of the offense. However, he did help make up for those shortcomings but rushing for 592 yards and 12 touchdowns – adding a dimension to the offseason New England hasn’t had in the past.

Overall, the Patriots ranked fourth in the league with 146.6 rushing yards per game. Though they lost their best interior offensive lineman when former All-Pro Joe Thuney left to sign with the Kansas City Chiefs, the Pats bolstered their depth at center by re-signing David Andrews, bringing back veteran Ted Karras and acquiring former Patriot Trent Brown from the Las Vegas Raiders.

Andrews led all centers with a 5.3 run disruption-allowed percentage last season (NFL average: 11.8). Right guard Shaq Mason and left guard Michael Onwenu figure to be strong up front once again. Mason sits at No. 20, Onwenu 21st and Andrews 26th in our 2021 projected offensive lineman rankings, which are based on combined run block and pass protection data over the past three seasons.

Newton missed one game due to coronavirus, which he said had a lingering effect on his performance even after he had returned. It was an offense that was tough to watch and while Newton may have underwhelmed, it was a very difficult situation in which to succeed.

With that in mind, the Patriots have sought to improve around Newton this offseason. And he’s been brought back on another team-friendly deal worth an initial $5 million with incentives that could reach $13 million, though that contract will not preclude them from making other moves at QB.

The Patriots’ defense was hit hard by COVID-19 opt outs, but the talent that remained combined with Belichick’s coaching meant it was still a top-10 unit that was usually tough to move the ball against.

Stephon Gilmore was a Pro Bowl selection at cornerback for a unit that allowed seven TDs of 20 yards or more, a figure bettered by just six teams.

But they had a tougher time stopping the run, ranking 26th in the NFL at 131.4 yards allowed per game and 29th by allowing only 26 rushing plays to go for negative yardage.

Chase Winovich led the team in sacks (5.5) and combined QB knockdowns and hurries (44), but the Patriots did not have anyone in the top 40 in either category, making pass rush an area of need.

Armed with a strong cap situation and a point to prove, Belichick embarked on a spending spree that went against the team’s usual philosophy.

Whereas previously the second wave of free agency would have been targeted along with bargain veterans desperate to secure a ring, New England was  aggressive in chasing some of the top names on the market.

Their tight end situation has been among the league’s worst since the departure of Rob Gronkowski, but they doubled down at the position to land Hunter Henry and Jonnu Smith.

Henry ranks sixth among tight ends with 1,265 yards since the start of the 2019 season, while only four TEs have more than the 11 TDs grabbed by Smith over that period.

Wide receiver Nelson Agholor arrived after a career year (896 yards) for the Raiders as the pass-catching options were significantly boosted, albeit amid some concerns over the size of the contracts handed out.

The team hopes Matt Judon (four years, $56 million) can help bolster the pass rush. The former Baltimore Raven ranks 25th in the NFL with 30.5 sacks since 2017, while former Pats linebacker Kyle Van Noy was brought back from the Miami Dolphins.

The talent on the roster has undoubtedly improved, giving the Pats some flexibility when they pick at No. 15 in the draft. Wide receiver, defensive line, cornerback and quarterback figure to be the biggest areas of need.

But Belichick may have one more move up his sleeve at QB. With the top five prospects at the position all expected to go in the top 10, he may have to move up the board, or perhaps a trade to bring Jimmy Garoppolo back appeals after the San Francisco 49ers jumped up the draft order themselves.

Life after Brady continues to be fascinating for the Pats.

While many NFL fans relished the team’s downfall, followers of New England hope the 2020 season is the worst of it and a turnaround begins in 2021.