Bear Down or Bears Down? Why Andy Dalton Isn't Enough to Fix Chicago's Offensive Woes | The Analyst 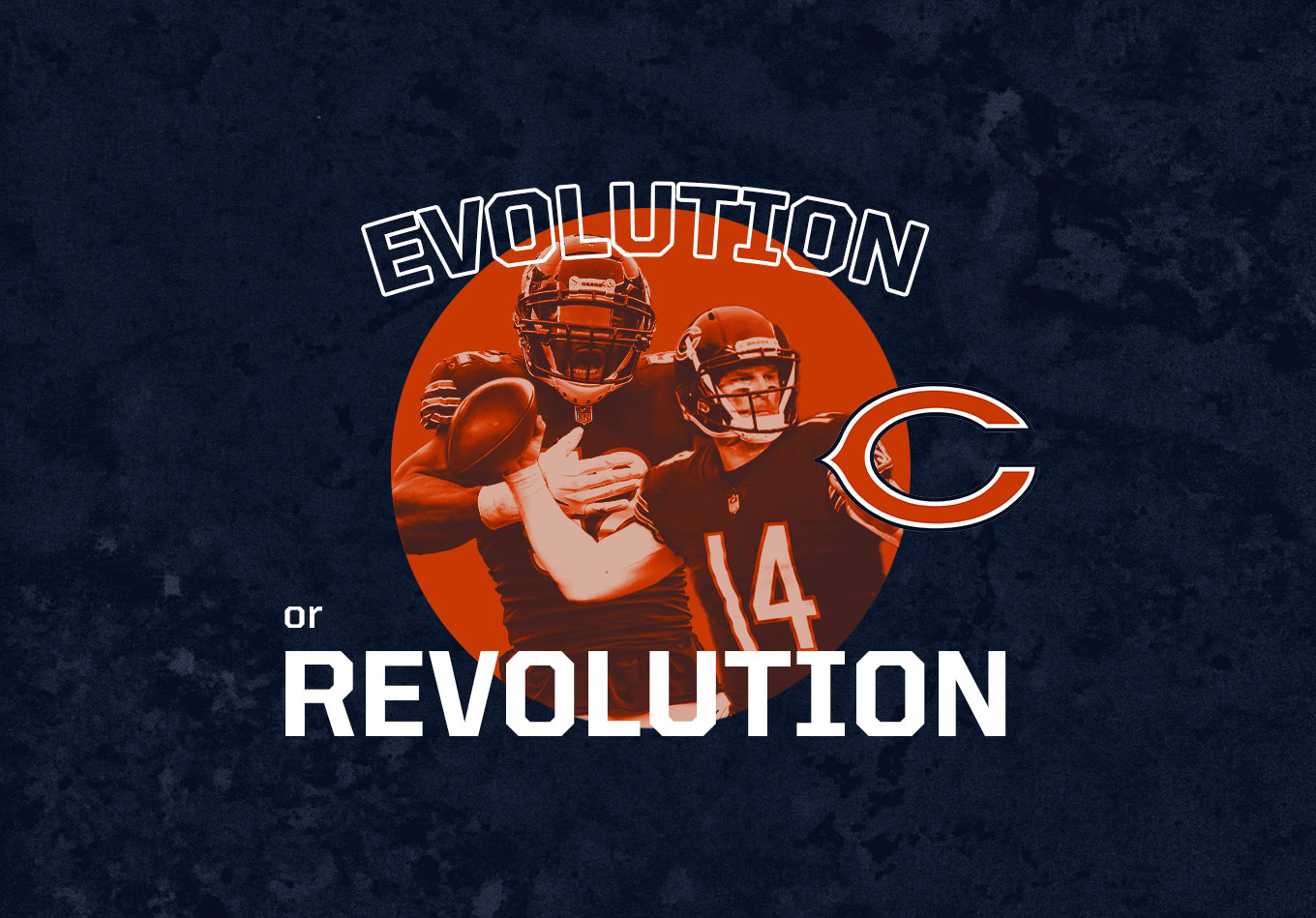 Bear Down or Bears Down? Why Andy Dalton Isn’t Enough to Fix Chicago’s Offensive Woes

The Chicago Bears needed a new quarterback, but did they get the right one?

One of the better all-round rosters in the NFL once again suffered frustration in 2020. A second consecutive 8-8 season was enough to creep into the expanded playoffs, but a tame 21-9 wild-card loss to the New Orleans Saints soon followed.

Mitchell Trubisky started the season at QB, and later regained his place after being benched in place of Nick Foles, who was acquired via trade but also underwhelmed. Ultimately, despite a late flurry from Trubisky, neither QB could propel the Bears into contention in the NFC North, which was dominated by the Green Bay Packers.

A meaningful postseason run never looked likely because of those limitations under center. Head coach Matt Nagy and general manager Ryan Pace know their jobs likely hang in the balance based on how they fare in 2021.

They seemingly had their heart set on a blockbuster trade for Russell Wilson, but, with the 20th pick in the first round of the draft, they couldn’t put together a package that enticed the Seattle Seahawks.

Instead, Chicago settled for signing Andy Dalton to a one-year deal, which didn’t sit well with a frustrated fan base. Dalton is coming off the worst season of his career by yards per attempt, averaging 6.5 in 11 games during his sole season with the Dallas Cowboys.

Have the Bears done enough this offseason so far to take a next step with Dalton? Let’s break it down.

Despite being a playoff team, only six teams averaged fewer total yards per game than the Bears (331.4), while their scoring average (23.3) was better than just nine others.

Continuing the trend of bottom-half offensive statistics, Chicago averaged 27.4 yards on their big passing plays of 20-plus yards – the worst in the NFL – and only seven teams produced fewer than their 42 in that category.

How much was the two quarterbacks’ supporting cast to blame? Well, Bears receivers only dropped 12 of 414 catchable passes this season, an impressive rate second only to the Arizona Cardinals (nine of 296) in the league.

Fifth-round draft pick Darnell Mooney looked like a steal, as he registered 61 catches in 631 yards in support of Allen Robinson, who passed 100 catches (102) for the first time in his NFL career. The Bears managed to keep Robinson by franchise tagging him after he had 1,250 yards last season and ranked sixth in the NFL with 68 catches for first downs.

So does Dalton provide at least a minor upgrade over Trubisky and Foles? Well, there should be more on-target throws with the long-time Cincinnati Bengals starter under center. Dalton ranked ninth in the league with a 79.9 well-thrown percentage, while Foles was 22nd with a 78.1 mark and Trubisky ended up 41st at 71.6.

Running back David Montgomery had the fourth-most rushing attempts (247) in the NFL but struggled to get going until late in the season. After running for 52.4 yards per game on 3.6 per carry with one touchdown in his first nine games, Montgomery rushed for an average of 99.7 yards on 5.2 per carry with seven TDs over his last six.

Chicago, which also picked up former Kansas City Chiefs running back Damien Williams in free agency, is hoping that late-season effort on the ground can carry over and take some pressure off Dalton.

However, the Bears don’t have a single player up front who ranked in the top 40 of our 2021 projected offensive linemen rankings and missed out on landing elite help when Trent Williams elected to stay put with the San Francisco 49ers.

The Bears still had a strong defense, though the unit fell short of the peak play it has produced in years past.

They ranked 11th in the NFL in total defense (344.9) and 14th in points allowed (23.1), while their 18 takeaways put them in a tie for 15th. A team with Khalil Mack finishing 17th with just 35 sacks has to be considered a disappointment.

After having at least 10 sacks and 15 QB hits for four straight years from 2015-18, Mack failed to reach either of those totals for the second consecutive year in 2020-21, totaling just nine sacks and 13 QB hits.

Making matters worse, Robert Quinn (2.0 sacks, six QB hits) had a quiet year rushing the passer opposite Mack while the guy he replaced – Leonard Floyd – earned a big contract by racking up a career-high 10.5 sacks for the Los Angeles Rams.

The secondary, led by Kyle Fuller, Eddie Jackson and Tashaun Gipson, allowed 10 big play TDs (tied for 14th) and 59 total big plays (16th). The signing of Dalton created a ripple through the roster as the team had to cut Fuller for cap reasons, angering both players and fans alike. The Bears sought to help fill the hole at cornerback by signing veteran Desmond Trufant.

There was speculation they’d have to shed Akiem Hicks’ $10.4 million salary as well, but Hicks would be a tough hole to fill in the middle of the defensive front. He led all defensive tackles with a 28.8 run disruption rate (NFL average: 17.2) last season.

The Bears were aiming for a revolution – and a return to contention – by acquiring a quarterback that would solve all their offensive issues. Up to this point, they haven’t been able to make it happen and settled for a temporary band-aid at the position.

Trubisky is now backing up Josh Allen in Buffalo, while Foles has two years left and Dalton signed a one-year deal. Still, it’s not out of the realm of possibility that the Bears try to move up from the 20th overall pick in an effort to land one of the top five quarterbacks in this month’s NFL draft.

The problem is, having not picked in the first round since 2018, several areas of the roster are in need of attention, including receiver, defensive back and the offensive line. Despite the stellar play of Mack, trading for him has not produced the desired results. And the Bears find themselves in an undesirable position at a time when Aaron Rodgers’ play is putting divisional rivals Green Bay up there with the NFC’s best.