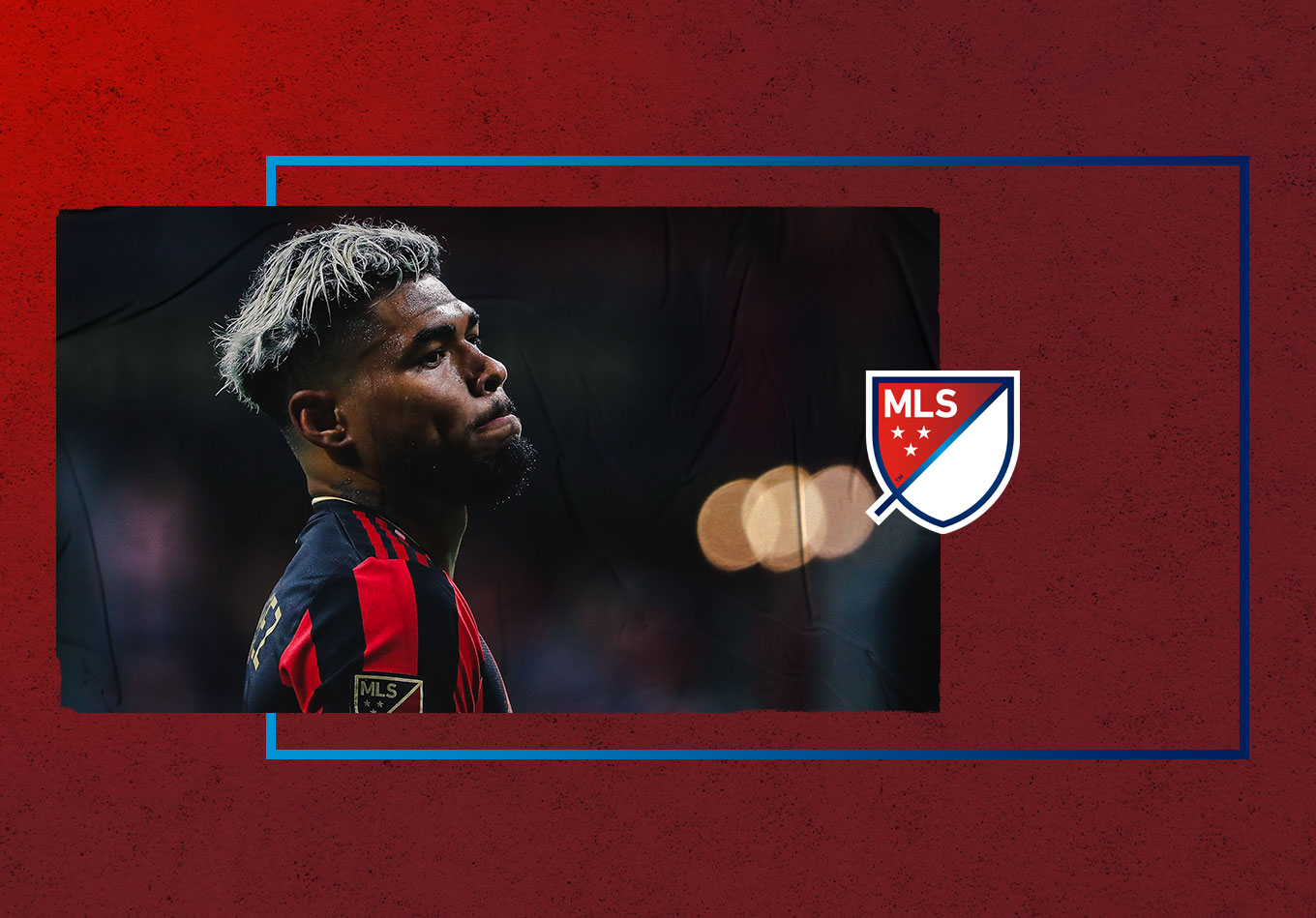 MLS starts out west on Friday with the Eastern Conference kicking off Saturday. That includes the return of Josef Martinez as Atlanta United open against Orlando City. Ben Baer looks at the Five Stripes’ bid to rebound from a down 2020 and other storylines out of the East.

Ten of MLS’ 14 Eastern Conference clubs qualified for the postseason, yet here we are starting the 2021 season by featuring one of the four outliers.

When all was said and done, two teams in the Eastern Conference took home the biggest prizes. The Columbus Crew trounced the Seattle Sounders in MLS Cup at home, winning the game for the second time in club history. The Philadelphia Union managed to win the first trophy in club history, winning the Supporters’ Shield after accruing the most points during the regular season.

The downfall started in 2019 with the hiring of Frank de Boer as head coach. The Dutch legend changed Atlanta’s style of play from Tata Martino’s high-tempo, pressing scheme to one that was more focused on simple possession. De Boer did experience some success – leading the Five Stripes to U.S. Open Cup and Campeones Cup titles – but he alienated many of his top players.

That came to a head at the MLS is Back Tournament where Atlanta failed to collect a point or even score a goal. De Boer was fired after the tournament and interim head coach Stephen Glass wasn’t able to right the ship.

The major issue obviously lied with the attack, with the number of goals scored per game dropping off by a full goal from their 2018 MLS Cup-winning season. They also failed to created much in the way of chances with Pity Martinez getting transferred to Al-Nassr after disappointing on the field and Marcelino Moreno being brought in to replace him. Former $15 million signing Ezequiel Barco also continued to disappoint, struggling with injuries and inconsistent play.

All that without yet mentioning Josef Martinez. The Venezuelan international tore his ACL in Atlanta’s first game of 2020 – before the pandemic – and missed the rest of the season. His absence was obviously critical to Atlanta’s stark decline in offensive output.

Martinez was the most prolific goalscorer in MLS history over his first three seasons (2017-19). He scored an incredible 77 goals over those three seasons, 25 more than any other player. And it wasn’t because he was way overperforming his expected goals total.

Taking away penalties, Martinez has scored 62 goals on an expected goals total of 58.9. That’s an overperformance of just 3.1 goals, which put him at No. 39 in terms of goals minus expected goals over his first three seasons. The top two players who overperformed their xG total (excl. penalties) during the 2017-19 seasons? Ignacio Piatti (11.3) and Zlatan Ibrahimovic (10.9).

So while Martinez is an exceptional goalscorer, he’s not a particularly exceptional finisher. He’s able to create chances out of thin air thanks to his movement and creativity. His expected goals per 90 average over the three years (ex. penalties) was 0.76, good for the best average in MLS. To better understand what Atlanta – and the league – was missing in 2020, the player with the highest xG per 90 total in Martinez’s absence was Ezequiel Barco at just 0.32.

Now that their star striker is back, the Five Stripes should expect to again compete for trophies. Their season started off in strong fashion last week with a win at Alajuelense in the first leg of their Round of 16 Concacaf Champions League tie –  managing to get that result despite playing down a man for the entirety of the second half and having an 18-year-old in goal. They followed this up with a 1-0 victory in the second leg on Tuesday to reach the quarters for the third successive season.

New head coach Gabriel Heinze brings a strong pedigree not only from his playing days, but his coaching tenure. He’s expected to bring back a style that was similar to the one Tata Martino employed. But of course, it doesn’t all come down to the coach. Atlanta fans will want to see better performances from the players on the field.

Looking at its sequence data, you can simply argue Atlanta did less of consequence with the ball last season. Its direct speed of 1.14 meters advanced toward goal per second was by far the club’s slowest mark in their four-year MLS history. That was second slowest in the league ahead of Cincinnati. Atlanta’s average sequence duration spiked to 11.0 seconds. Now, those aren’t necessarily bad things. Plenty of the world’s top clubs retain possession like this. They’re just bad things when it results in attacking stagnancy. For Atlanta, it resulted in shorter sequence distances (12.5 meters progressed up pitch on average compared to 13.7 combined in 2018 and ’19) and far fewer sequences ending in shots (9.5 per match compared to well over 14 the previous two seasons). That all led to 3.5 shots on goal per game, down from 5.2 the previous season and 5.7 in their MLS Cup season.

Change starts with bringing in new players like Santiago Sosa, Franco Ibarra and recently signed designated player Alan Franco, which should strengthen the midfield and central defense. Heinze will also want to see more from Barco and Moreno. 2020 was a tough year for any player, and that was especially true of players who were joining a new team in a new country. Still, Moreno ranked 58th in expected assists per 90 minutes. Barco was actually even worse in the statistic, sitting at 87th.

There’s reason for optimism for the Five Stripes in 2021, but to reach their full potential, Josef will need to be Josef and they will need to see more from their playmakers.

Of course the Crew  are the favorites heading into the season, and for good reason. They return almost every important player from their title-winning season and even made three strong additions to their attack. Kevin Molino comes over from Minnesota after scoring four goals in the playoffs. Bradley Wright-Phillips will back up Gyasi Zardes after a season that saw him average over a goal plus assist per 90 minutes. They also splashed the cash, bringing in Romanian youth international Alexandru Matan to beef up the attacking midfield depth.

Including its playoff run, Columbus allowed a league-low 0.85 goals per game, but that came with a 1.27 xG against (6th lowest). Some may question whether that’s repeatable. It was in part due to goalkeeping with 2.8 goals prevented, but that ranked 11th. The Crew seemed fine with allowing opponents to pile up lesser opportunities: They conceded the fewest shots on goal from inside the box in all of MLS (2.3 per game) while their opponents’ average xG per shot was just 0.104, the fourth lowest in 2020.

The Supporters’ Shield-winning Union come into 2021 with some question marks. After transferring Brenden Aaronson and Mark McKenzie to European teams for around $15 million, Jim Curtin will be looking for players to step up. Anthony Fontana figures to step into the No. 10 role for Aaronson after scoring more than a goal per 90 last year on a 0.39 xG. If he’s able to repeat that performance over an entire season, however unlikely, the Union should be right back in the trophy hunt.

Down south, there remains a lot of questions with Inter Miami. After an underwhelming expansion season, David Beckham and Co. decided to clean house, letting go head coach Diego Alonso and bringing in his old Manchester United teammate Phil Neville. Neville had some success with the England women’s national team, and he comes into a team that will need more production from Gonzalo Higuain. They were one of the worst attacking teams in the league with 1.04 goals per 90, though they totalled 1.30 expected goals per 90. Higuain scored just one goal with a 3.7 xG in nine 2020 matches after coming over from Juventus.

Want more MLS? Right this way to the Seattle Sounders and the Western Conference.