Are the Packers Doing Enough to Satisfy Rodgers? | The Analyst 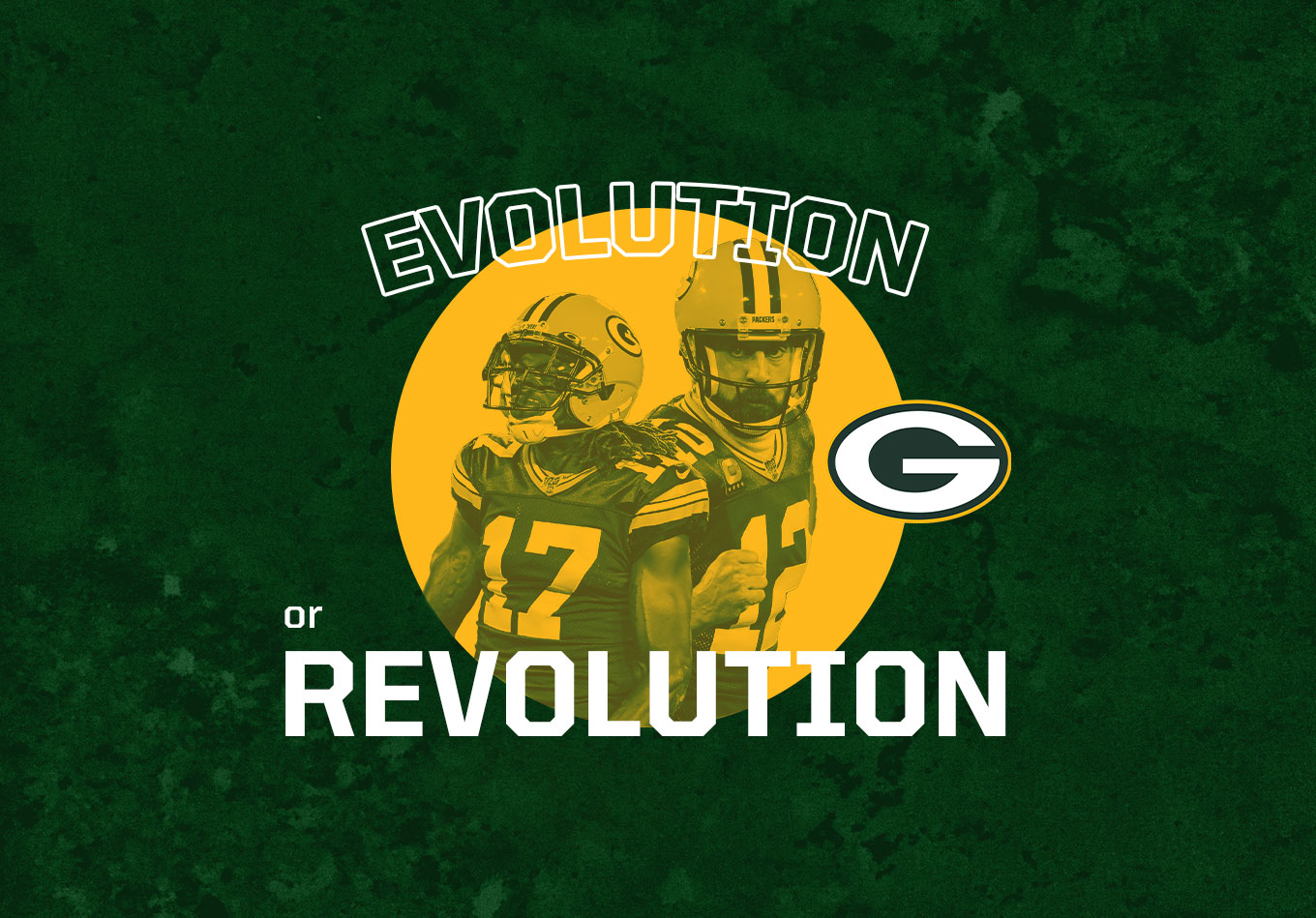 Are the Packers Doing Enough to Satisfy Rodgers?

It was a memorable season for the Green Bay Packers, but one that ultimately ended similarly to the last.

The Packers went down to a frustrating NFC championship game defeat to the eventual champion Tampa Bay Buccaneers, one year on from losing at the same stage to the San Francisco 49ers. Between those events, Aaron Rodgers put together a sensational season to be named NFL MVP for the third time.

On the field, Rodgers responded perfectly to the Packers trading up in the 2020 NFL Draft to choose his potential replacement, Jordan Love, in the first round, a move that puzzlingly eschewed the help at wide receiver Rodgers appeared to need.

Consecutive 13-3 seasons under Matt LaFleur are to be applauded. But one Super Bowl ring seems an unfair return for a quarterback of Rodgers’ quality, and there’s growing sentiment the Packers front office needs to do more to enable his success as his career enters its later years.

But data doesn’t wear green and gold, so let’s give it the final say as we consider just how much they need to do on both sides of the ball to get Rodgers back on top.

Led by a remarkable season from Rodgers, who threw for a career-high 48 touchdowns and just five interceptions, the Green Bay offense was rolling.

There were calls ahead of the season for further receiving threats to be brought in to complement No. 1 option Davante Adams. Those didn’t arrive, but Adams as a cheat code did. The first-team All-Pro racked up 115 catches, 1,374 yards and a league-leading 18 touchdowns in 14 regular-season games.

The Packers were ninth with 256.6 passing yards per game, but that figure came with them having the least attempts (526) of any top-10 passing offense, suggesting they often had much more in the tank if it was needed.

Similar can be said for their 57 completions of 20 or more yards, which ranked ninth in the league. When Rodgers did go deep, they were highly effective, and the average yards gained on those throws was 33.1, third best in the NFL.

Marquez Valdes-Scantling continued his slow emergence as a deep threat, averaging 44.8 yards per catch on the 10 of those 20-plus yard plays he accounted for. His overall record of 20.9 yards per reception from 33 catches was the NFL’s best, and it’s increased in each of his three NFL seasons.

The Packers’ run game was strong, with their 134.2 yards per game good for eighth in the NFL, while they were 16th for runs of 10 or more yards with 49 such plays. Running backs contributed in the pass game too, with only Adams and tight end Robert Tonyan having more catches for the team than Aaron Jones’ 47.

There may still be calls for Rodgers to be handed a stronger supporting cast, but after such an impressive year, they may not be as loud this offseason, with attention perhaps better focused on other areas of the roster in the NFL Draft.

One of those areas figures to be the offensive line after moving on from tackle Rick Wagner and center Corey Linsley, who signed with the Los Angeles Chargers. David Bakhtiari headlines the front after leading all left tackles with a 3.0 run disruption-allowed percentage (NFL average: 8.6) and a 2.8 pressure allowed percentage (league average: 8.9). So it was a big loss when he went down with a season-ending knee injury ahead of the team’s regular-season finale.

The Packers’ defense was better than average in 2020, and with a rampant Rodgers leading the offense, a defensive unit like that is often all you need.

In terms of headline numbers, they were ninth in yards allowed (334) and 13th in points allowed (23.1). The pass defense was seventh in yards per game (221), while they were 13th against the run.

Green Bay registered 41 sacks (10th), allowed 5.49 yards per play (14th) and finished ninth in total defense (334.0 yards allowed per game), so you need to dive deeper to before finding anything too alarming.

One area for improvement is the need for more game-changing plays. The Packers had 18 takeaways, putting them in a tie for 25th, while they only forced 26 rushing plays to result in negative yardage (tied for 28th).

A bend-but-don’t-break defensive strategy appears to have largely fared well, but playmakers can change those one-off postseason games where the margins are so fine, and the Packers appear not to have many of those.

On the plus side, the defense allowed just 48 big plays of 20+ yards (third in the NFL). However, nine of those went for TDs, and Green Bay fans will not forget cornerback Kevin King’s struggles against the Bucs in a hurry. King has been brought back on a one-year, $6 million deal, but Tramon Williams opted to retire.

Edge Za’Darius Smith was not as productive as last year but still registered team-leading figures of 12.5 sacks, 12 tackles for a loss and 23 QB hits. He could do with improved support up front, while the spot opposite lockdown cornerback Jaire Alexander looks like one which could do with reinforcing. Alexander paced all cornerbacks with an open-allowed percentage of 41.7 (league average: 68.5).

On the whole, there is room for improvement with a solid base to build from.

Green Bay was able to lock up Jones on a four-year, $48 million contract, but Jamaal Williams left for the Detroit Lions. It’s likely time for the Packers to justify drafting AJ Dillon in the second round a year ago. He only played 97 offensive snaps in the regular season but had a big game late in the season against Tennessee.

After making few moves in free agency thus far, the Packers will likely have to plug the holes on the offensive line and defense in the draft. Regardless, they still have Rodgers, who proved to still be at the peak of his powers last year, and that alone should make them contenders once again in the NFC North.