Euro 2020 Prediction FAQ: What Goes Into Our Model? | The Analyst 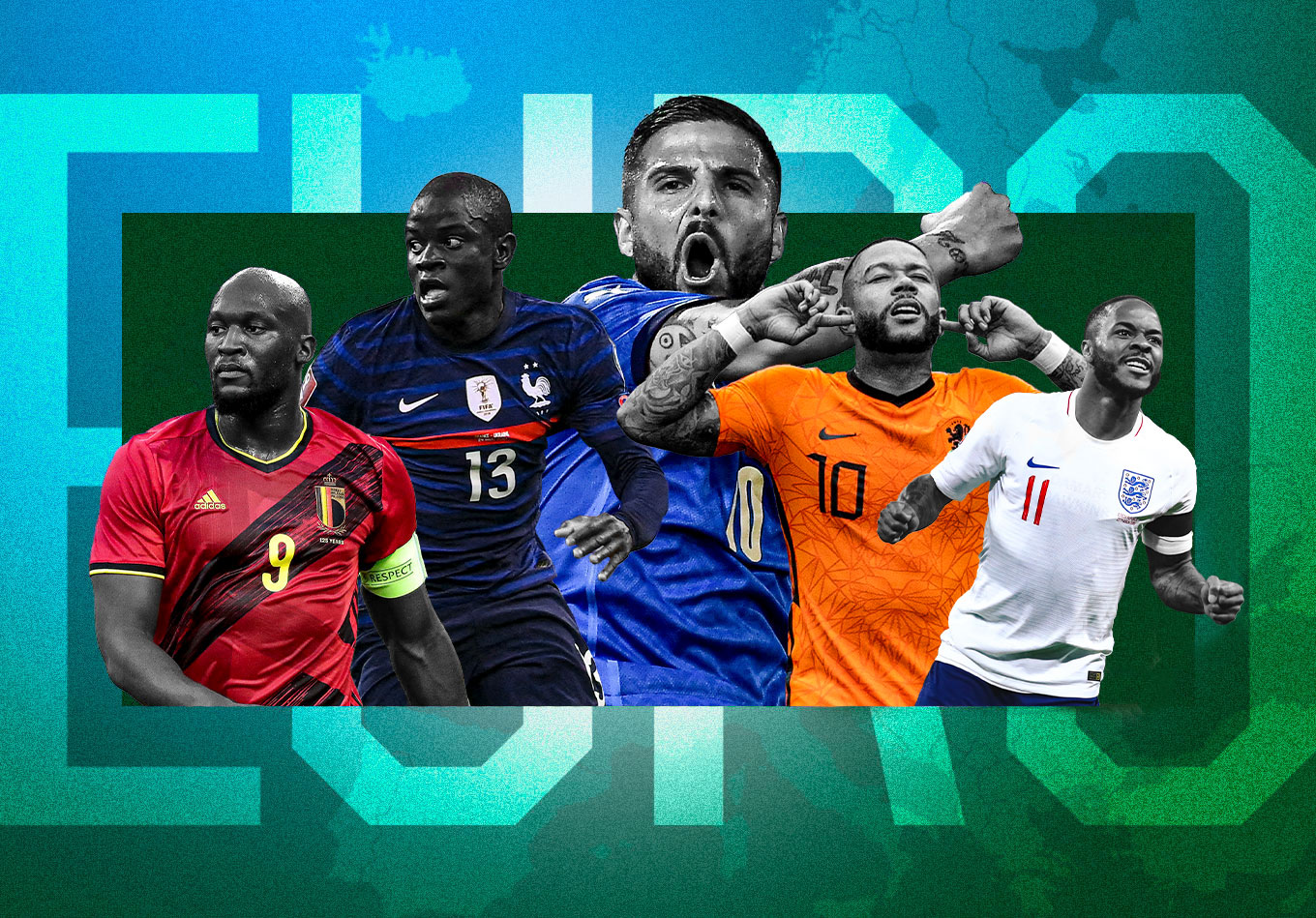 What’s the deal with Denmark? How about Italy? What will a loss mean for either team when France play Germany? What are the odds of Portugal again drawing their way through their group and winning the tournament? That and more in a mailbag in which we answer questions about the Stats Perform AI Predictor – some real and submitted by you, some imagined and conveniently placed by us to support the flow of the story.

1. OK, all I can see is England rated below Denmark…Disgraceful stuff…please explain!

Is something rotten in the state of Denmark? No, Marcellus. All clear. This time it’s just math, man. Math combined with the sporting truth that certain teams figure to be harder to beat than others, and a decent mathematical model accounts for that.

There was some talk of Denmark, who have now been labeled tournament dark horses, after we released the tournament predictor last week because our model has their pre-tournament odds of winning the title higher than England’s. Let’s quickly revisit those:

Now, this doesn’t necessarily mean we believe Denmark are a better team or squad than England. In fact, in the rankings input of the prediction model, Gareth Southgate’s side rank a spot ahead of Denmark.

Denmark have what looks to be, pre-tournament, an untroublesome path for progression. They are in Group B with Belgium, Russia and Finland, and they have an 83.5% chance of qualifying for the Round of 16. The likelihood of them doing so in first position is 23.6%. It’s that low because, as you might know, Belgium are a very good side and aspire to one day win a major tournament. The likelihood of the Danes finishing second in the group is highest among the four possible outcomes – 46.4%. If that happens, they will play the team that finishes second in Group A. Switzerland have a 32.9% chance of doing that, so there’s a strong chance those two teams meet in the Round of 16.

Should Denmark win their Round of 16 match, that’s followed with a pre-tournament 21.3% chance of meeting the Netherlands – certainly a team that could progress well into the tournament, but they’re hardly the most difficult quarter-final opponent to draw. In fact, Denmark’s possible schedule difficulty in the quarter-finals is the easiest among all 24 teams. It’s this chance for a reasonable route to the last four that makes Denmark an intriguing team to stick around a while. Brentford fans will have been spoiled this spring.

These numbers will change once the tournament starts, and you’ll be able to see it update here on The Analyst. For example, if England lose to Croatia, we’ll likely see their Round of 16 path shift to higher percentages of matchups against the runner-up of Group E, which consists of Spain, Sweden, Poland and Slovakia.

This begs the question…

2. If Croatia beat England, will England’s chances to win the tournament actually increase due to a potentially easier route?

If this were a tournament format in which only the top two teams advance, perhaps not because losing one’s first game would put them in danger of not advancing. But in a tournament format as forgiving as the 24-team group, 16-team knockout Euro format, the answer is not getting three points against Croatia may be marginally beneficial.

England unsurprisingly beat Croatia in the majority of their match simulations because their team ranking is higher. Their percentages to win the entire tournament are fractionally higher when losing to Croatia with another fractional uptick if they draw. So it seems drawing is a good balance between qualifying from the group but finishing second to allow for the likelihood of an easier run.

3. Which side has benefited the most in the predictor from the schedule, as opposed to team quality?

No, it’s not Denmark.

As stated above, team rankings are one factor that contributes to the model. But Denmark only move one spot from the rankings (ninth), jumping England for the eighth-best spot in the predictor. So: Let’s lay off Denmark. It remains possible they’re – like Karim Benzema ­– lucky and good.

Fellow Group B side Russia see the most benefit from their path, moving up four places. Their team ranking is 17th while they’ve got the 13th-best odds to win the tournament. As for which teams are hurt by the model, England, Ukraine and Wales all drop two spots from their team rank to their predictor spot.

Back to Russia for a moment. Russia have a 52.6% pre-tournament chance of advancing out of group, and that’s most likely to happen with them finishing either third (39.6%) or second position (22.1%). What that means is their most probable Round of 16 opponents are Spain (you must remember that game of 1,406 passes and two goals) and Switzerland. Their most likely quarter-final opponent are the Netherlands.

But let’s not get too far ahead of ourselves. Russia and Denmark finish their group on June 21 against each other. The odds on their finishing positions will change between now and then, and you’ll be able to follow along with that and plenty more on our live Euro hub.

4. Enough about Group B, already. Tell me about Italy.

That’s more of a demand than it is a question, but ok.

About Italy: A county in southern Europe with a $2.6 trillion GDP, major automotive exports, and a 7.6% chance of winning Euro 2020 after not bothering with qualifying for the last major tournament.

Why does it feel like it’s frequently all or nothing for the Azzurri? Sometimes it feels like they’re the only team to ever defeat Germany. Romance is allegedly in their blood, but that’s not much of an empirical answer. So who knows, but dare we say this is setting up as a potential all scenario. That’s because Italy are the class of a – let’s say winnable but not exactly easy – group, but also because their potential schedule difficulty in the knockout stage is the second easiest to Spain among all 24 teams. That is absolutely worth something.

It amounts to most likely Round of 16 pairings with Austria or Ukraine. Quarter-finals get a bit more serious: Belgium. Italy did beat them 2-0 in the group in 2016 back when we weren’t as certain about this Belgium generation being quite so golden.

And if you want to read more about Italy, they’ve had our attention too. Namely: Mancini, Locatelli and Insigne.

5. France v. Germany is the biggest game of the first set of fixtures. How much will these teams be impacted if they lose the match?

Questions about big teams in danger of going home early. These are the sort of questions we are into.

As we stated when we released the predictor last week, France have the highest probability of winning the tournament at just over one in five, but because their group is difficult, they have a lower probability of advancing to the Round of 16 than some other top teams in the tournament. For example, Spain have an easier group and are at 96.5% to move on. France start at 91.6%.

In the predictor, France lose just over a third of the simulation runs to Germany. If France were to lose this match, we’d see their chances of qualifying out of the group drop by about 20%, and their chances to win the tournament would fall to just under 18%.

The predictive story is less – umm – predictable for Germany.

Germany lose in 37.2% of the simulations against France (plenty of drawing going on here too). If they don’t lose this match, their chances to advance from the group are 94% (but that varies based on a win or a draw). If they do lose, that drops under 80%. However, given potential paths to the title, their chances of winning the tournament actually increase to just over 10% when losing to France.

Having fun yet? Let’s dumb it down a bit to some simple rankings for Track 6…

Each team has a point value in our team ranking system. France, for example, has a score of 1,792. Poland has a score of 1,445. Finland is 1,312. Using the average team ranking scores to rank the six groups, F is unsurprisingly the group that scores highest in terms of quality. C – with the Netherlands, Austria, Ukraine and North Macedonia – is lowest.

7. Portugal famously won the Euros last time despite not winning any of their group games. What’s the best chance a team could have in a similar situation this time?

You’re now making us do some sorting we hadn’t thought necessary.

So, if the tournament starts with a series of draws and you’re really stretching for something to contribute to that Euros group chat of yours, you can tell your friends you crunched the numbers and it seems Portugal have a 0.2725% chance of again winning Euros without winning a group match. And you will promptly be told to shut up.

OK, sorry, no more questions [stands up, walks out of press conference]. Part of the fun in writing these pieces is being able to play around with the data. Oh, and had you not heard? You can do that here for standings, teams, players, and all 51 fixtures.

Enough with the numbers. Let’s play some football. From which there will be ever-evolving numbers. And then more football. And so it goes.