Thunderstruck: Is Shai Gilgeous-Alexander on the Verge of Superstardom? | The Analyst 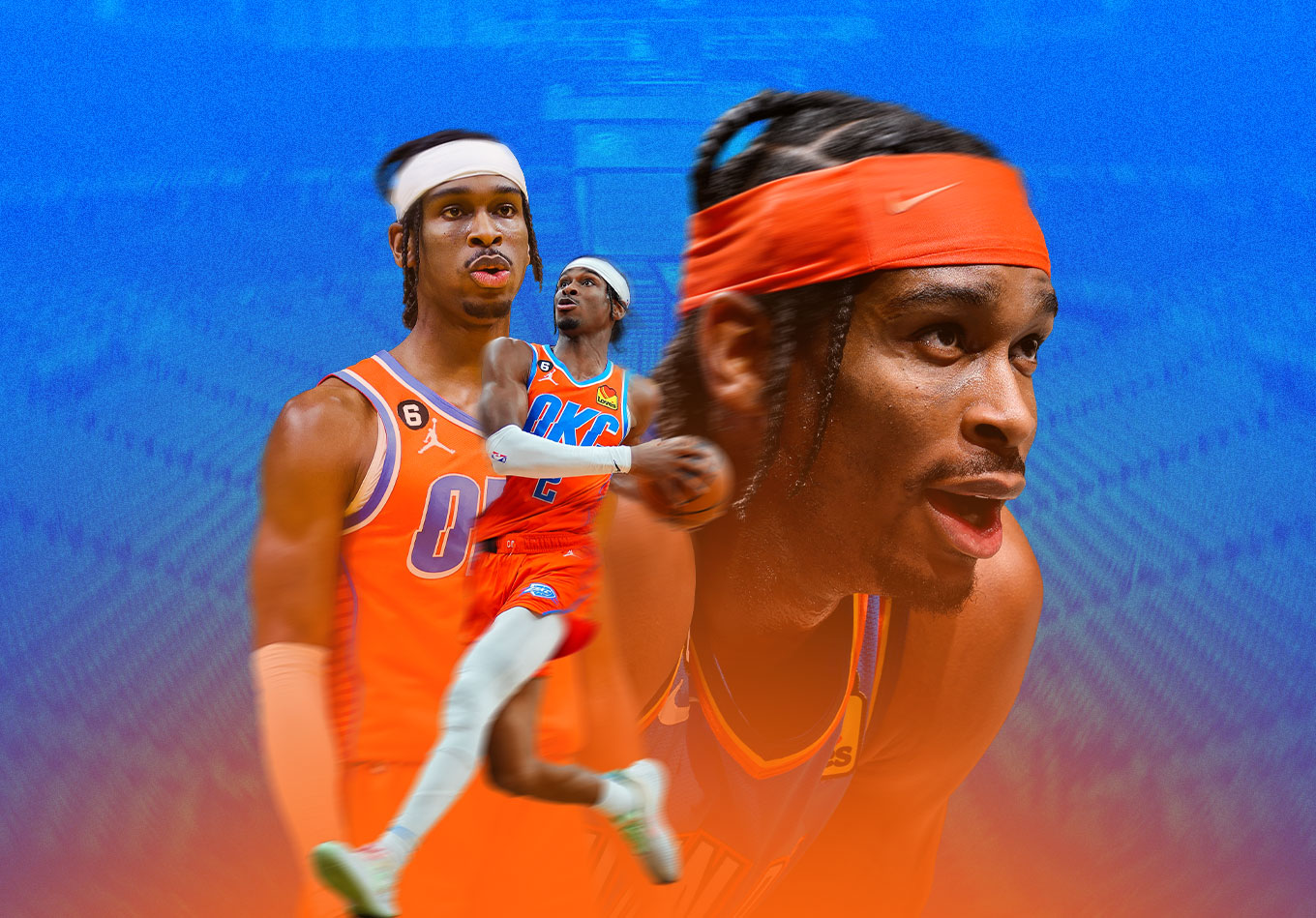 With 30.7 points, 5.5 assists and 4.9 rebounds per game and already over 1.3 million fan votes, Shai Gilgeous-Alexander seems like a shoo-in to be a first-time All-Star.

But with the leap he’s taken, one can’t help but wonder if there is more to the Canadian-born guard than meets the eye. Does he have the makeup to be a No. 1 option on offense? How important is he to the Oklahoma City Thunder’s surprising defense?

And most importantly, is Gilgeous-Alexander a superstar right now?

No one in the association drives more than SGA (24.1 drives per game), per NBA.com. Even casual observers are well aware of this factoid.

Thanks to his unique combination of size, handle, balance, and slitheryness, Gilgeous-Alexander is able to maneuver his body into even the tightest of nooks and crannies. He’s converting 51% of the shots he’s taking on these escapades, which is the second-highest rate of anyone in the top 10 in drives per game.

Gilgeous-Alexander’s insatiable thirst for the rim makes up the backbone of this Thunder offense.

As a general rule of thumb, to have a dynamic half-court offense you almost always need two things: experienced veterans and high-end movement shooting (like our friends in Denver).

As the youngest roster in the NBA and the team that runs the second-fewest plays off screens per game, the Thunder, as currently constructed, satisfy neither of these criteria. Since they are so young and devoid of versatile shooting, the offense they deploy is very simple by NBA standards.

Yet, even with these deficiencies, they still rank 10th in our adjusted offensive ratings. But how?

You see, another general rule of thumb is that the three most efficient kinds of shots are those taken at the rim, at the free-throw line, and spot-up 3s.

And since SGA is such a dynamic driver, his downhill attacks typically lead to one of these outcomes. If the defense stays at home and doesn’t help on him, that’s either a layup or free throws (he’s fourth in free-throw attempts per game). And if they do sink in to protect the paint, it creates the opportunity for a kick-out pass to an open shooter (aka a spot-up attempt).

His impact on the Thunder’s shot diet is noticed when you look at their per-game frequency on shots at the rim and spot-ups compared to the rest of the league. They rank fourth in shot attempts within 5 feet of the rim and first in shot-up attempts.

So, even with their basic structure, the Thunder generate a ton of high-value shots. The only reason they aren’t a top-five caliber offense right now is that they don’t have the shooters to really make the defense pay for clogging Gilgeous-Alexander’s driving lanes. They are currently 17th in the NBA in team 3-point shooting percentage (although that has been trending upwards since they have been giving Isaiah Joe more minutes).

To compensate for his team’s inability to space the floor, SGA has taken a page from His Airness’ book (the Bad Boys observed similar paint-packing practices on his drives back in the day), adding midrange and post-up (86th percentile in efficiency) counters to his already superfluous bag of tricks. He’s fourth in the NBA in midrange (10-21 feet) attempts (270) and fifth in field-goal percentage on those shots (49.6) among those with at least 100 attempts.

His touch in the midrange, coupled with his proficiency as a free throw shooter (90.8%) and catch-and-shoot 3-point threat (37.5%), provides a solid indicator that his overall 3-point efficiency (34.8%) will increase when has more talent around him (because he won’t be forced to take as many tough shots).

Gilgeous-Alexander’s ability to keep his suboptimal supporting cast afloat offensively points to him being one of the best No. 1 options in the game – similar to the floor-raising Trae Young has demonstrated in the past.

And while he doesn’t necessarily possess Young’s passing chops, he has him lapped when it comes to length.

We alluded to it earlier with his driving, but Gilgeous-Alexander’s 6-foot-5 stature and 6-foot-11 wingspan give him an immense advantage at the point guard position. And it allows him to fit seamlessly into a Thunder team that ranks sixth in our adjusted defensive ratings.

With second-overall pick Chet Holmgren out for the season, the Thunder are sorely lacking in rim protection (they give up the eighth-highest number of shots inside 5 feet).

To nullify this weakness, Oklahoma City leans on its length and youthful vigor to crowd the interior with bodies, shrink the floor for ball handlers, and create turnovers to ignite transition (third in opponent turnover percentage).

Gilgeous-Alexander is by no means the base of this fortress, but he slots perfectly into their team principles.

In all three of the clips above, you see the Thunder engaging in some aggressive overhelping/gaping. This is a great way to protect the paint by committee. But just like the teams that do this against Gilgeous-Alexander, this leaves them vulnerable to kick outs to the perimeter. SGA’s pterodactyl reach mitigates the damage this coverage causes and enables him to generate a great deal of steals (seventh in the NBA with 1.7 per game) and deflections (3.3 per game).

Now, he isn’t without his flaws, and his effort on that end sometimes wanes because of his high offensive load, but it is both incredibly rare and valuable to have an elite offensive guard who doesn’t kill you on defense (like Young does).

One number catch-all metrics like our DRIP (a projection of a player’s impact on a team’s plus-minus per 100 possessions) love Gilgeous-Alexander because of this. Among players with 900 minutes, he ranks 13th in the entire NBA at 3.1.

Back to Young for a moment, the reason we mention him was not to cast an unnecessary stray toward a special talent, but rather to illustrate Gilgeous-Alexander’s standing in the league hierarchy. Last year, Young earned an All-NBA nod, despite being an absolute negative defender (he currently has the worst defensive DRIP in the league among those with 900 minutes at minus-3.2).

As it stands, SGA provides comparable levels of offensive brilliance, while also being a solid contributor on the other end of the court. This argument doesn’t make Gilgeous-Alexander a lock for an All-NBA ballot, but it would make sense that he is on one, because that is generally the place you can find superstars. 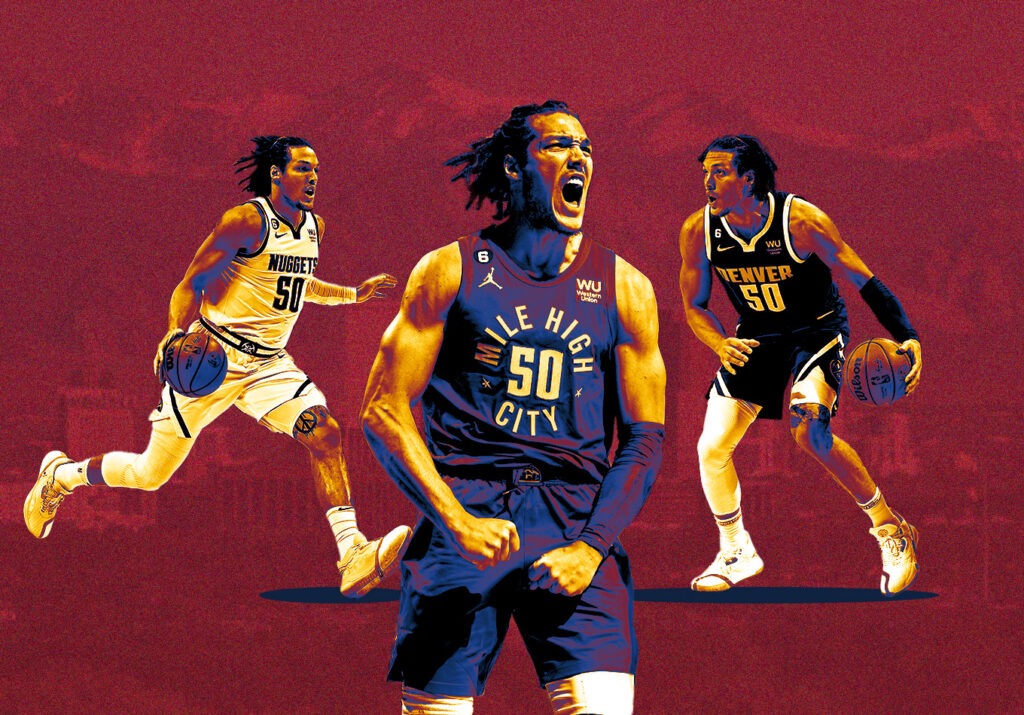