Portugal vs Switzerland Prediction | The Analyst 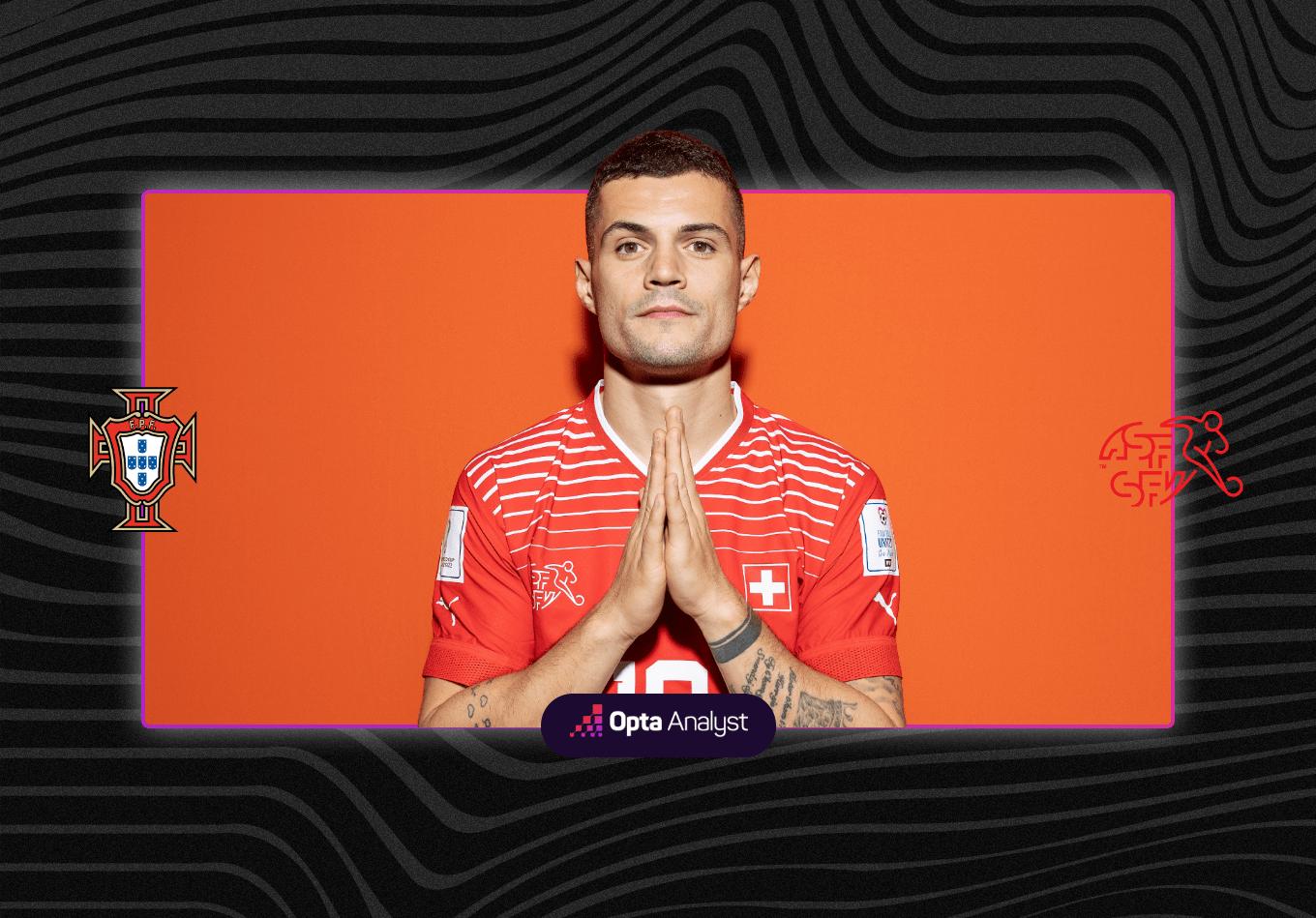 After winning Group H, Portugal face Group G runners-up Switzerland in the last 16 at Qatar 2022. We preview the knockout stage match ahead of kick-off at Lusail Iconic Stadium, with added insight from our football predictions supercomputer.

Switzerland are aware they are not favourites against Portugal in the last 16, but they also know that tag has not meant a great deal at this World Cup.

There has been no shortage of shocks at Qatar 2022, including Portugal losing their previous match 2-1 to South Korea.

Switzerland do not require long memories to recall a victory of their own against Portugal either. This is the third meeting between the sides in 2022, with Haris Seferovic scoring the only goal in a 1-0 victory in their last encounter in the Nations League.

Indeed, Switzerland also beat Portugal 2-0 in the sides’ only previous clash at a major tournament at Euro 2008.

“We know how to beat them,” said Xherdan Shaqiri. “This will be a completely different game.

“There is much more pressure for both sides, and whoever loses will go home. This will make the game much more exciting.

“Portugal are favourites, but we saw the example of Argentina [against Australia] that everyone expected they had an easy game and they had a lot of difficulties.

“Just as Australia posed problems to Argentina, with a special game on our part, we can pose a lot of problems to Portugal.”

Switzerland have never won three matches at a single World Cup, but they took six points in Group G, only goal difference separated them from pre-tournament favourites Brazil.

They have not made the quarter-finals since hosting the tournament in 1954, although Portugal have themselves only been beyond this stage twice.

Indeed, the Selecao’s last knockout win at the World Cup (not including penalty shoot-outs) came in a last-16 tie against the Netherlands in 2006.

Ronaldo is rarely not Portugal’s player to watch – “we can’t take our eyes off him,” said Shaqiri – but that is especially true heading into the knockout rounds.

Until Saturday, Ronaldo had shared with Lionel Messi the record for the most World Cup goals without ever scoring in the knockout stage (eight)… then Messi broke his duck.

Breel Embolo leads the Swiss scoring charts with two strikes in the group stage, but Portugal will be keeping a keen eye on Shaqiri.

After scoring against Serbia, he is the first Switzerland player to net at three different World Cups, and is just one shy of Josef Hugi’s Swiss record of six finals goals.

As Shaqiri suggested, Portugal are the favourites, given a 51.5% chance of winning by the supercomputer.

The Selecao have only drawn one World Cup knockout game, going on to beat England on penalties in 2006, but that outcome is rated at 26.8%.

A repeat of Switzerland’s Nations League success against Fernando Santos’ men is given a 21.7% chance.