Netherlands vs. Argentina Prediction and Preview | The Analyst 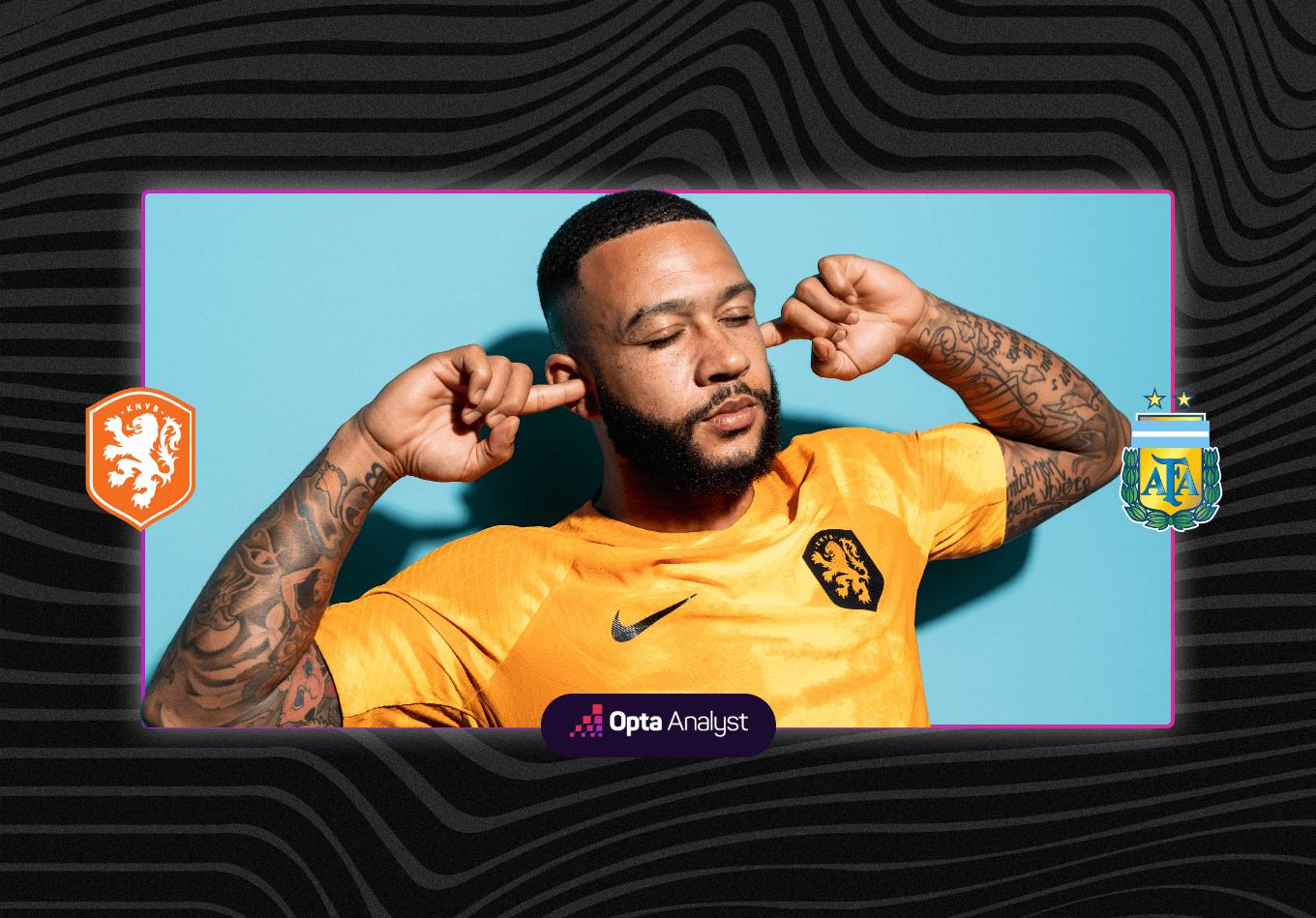 After prevailing against USA and Australia, Netherlands and Argentina face off in the second quarter-final at Qatar 2022. We preview the game ahead of kick-off at Lusail Iconic Stadium, with added insight from our supercomputer model.

Jurrien Timber is not shaking at the prospect of facing Lionel Messi but says it will be a “great challenge”.

Netherlands defender Timber will be tasked with trying to stop arguably the best footballer in the world on Friday when Louis van Gaal’s side take on Argentina in the World Cup quarter-finals.

Messi is Argentina’s top goalscorer at Qatar 2022 with three strikes, and gave a virtuoso display as the Albiceleste edged out Australia 2-1 on Saturday. Whether or not Messi will get on the scoresheet again is one of the key questions in the Opta Challenge, below.

Make four predictions on Netherlands vs. Argentina to win $500

Keeping the Paris Saint-Germain star quiet will be key to the Netherlands’ chances of progressing to the semi-finals but Timber is up for the challenge.

Sitting alongside fellow defender Nathan Ake, he said: “Am I getting the shakes [at the prospect of facing him]? Fortunately not.

“It’s a great challenge to play against him. Messi is a fantastic footballer, but we aren’t just playing against Messi and we don’t have to solve it with the two of us.

“We’re going to do that with the team.”

Ake added: “It’s very difficult to stop him. He’s probably the best player in the world but we have to be wary of several players.”

Another key man in the Dutch defence is captain Virgil van Dijk and he also felt it would be foolhardy to train all their focus on Messi.

He said: “They have a good team with many players that can decide the match.

“But it’s not the Netherlands against Messi, it’s the Netherlands against Argentina. I have a lot of respect for Messi, who, like Cristiano Ronaldo, has been among the best in football for so long. He deserves special attention but they also have Julian Alvarez, he has a bright future ahead of him at Manchester City and Argentina. But hopefully not in two days, here in Qatar.”

The main question for Argentina coach Lionel Scaloni is whether to start again with a 4-3-3 formation or switch to the 3-5-2 they finished with against Australia.

If it’s the former, it may see a return to the starting line-up for Angel Di Maria, if he can prove his fitness. If Scaloni opts for a three-man defence, then Lisandro Martinez will be included at the expense of Papu Gomez. A three-man defence might give Argentina the opportunity to match up directly against the Netherlands’ formation, and could be a way to thwart the rampaging Denzel Dumfries who score one and assisted two in their last 16 win. The team news will be revealing as to how Scaloni will look to play tactically.

Depay has been the Netherlands’ creative hub, not just in Qatar, but for many months.

The Barcelona attacker has been involved in 34 goals in his last 30 appearances for the Netherlands in all competitions, scoring 24 and assisting 10. He netted the opener against USA, setting the tone for what was a solid performance, and looks like a real threat up front with Cody Gakpo. Nicolas Otamendi and the rest of the South American’s defence will have their hands full.

Having started the tournament behind Lautaro Martinez for their group stages match against Saudi Arabia and Mexico, Alvarez has emerged as the main foil for Lionel Messi.

Alvarez has scored in each of his two World Cup starts for the South Americans. First against Poland and then against Australia. Only three Argentina players have scored in their first three; Guillermo Stabile in 1930, Oreste Corbatta in 1958 and Hernan Crespo in 2006. If he starts and scores in this match, at 22 years and 312 days of age, he’d be the youngest to score in his first three World Cup starts since Peru’s Teofilo Cubillas in 1970 (21y 94d).

The Argentina odds of a victory are 44.2%. according to our supercomputer.

The last two World Cup head to heads between Netherlands and Argentina have finished 0-0, in the 2006 group stages and the 2014 semi-final (Argentina progressing on penalties).