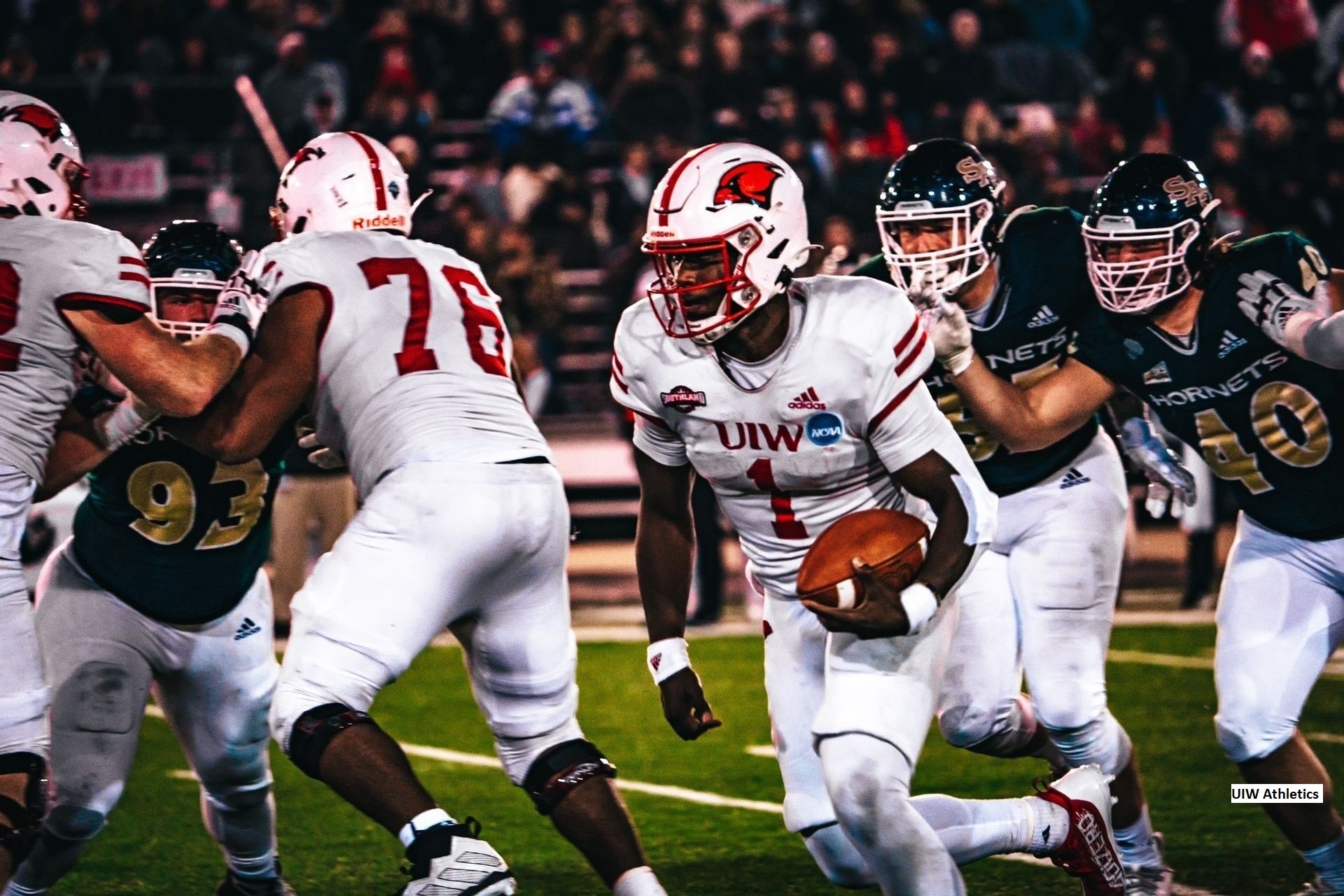 The semifinalists in the FCS playoffs are doing their best to keep jaws dropping.

On Saturday, top-seeded South Dakota State had its hands full against Holy Cross, but remained unbeaten against FCS competition with a fourth-quarter flourish to eliminate the final unbeaten team in the playoffs.

Following is a review of the quarterfinals:

Game Ball – NDSU’s defense kept Samford’s potent offense in check with a shutout through three quarters. The visiting Bulldogs were only 1 of 3 on red zone chances compared to the Bison’s 4 of 4. Cornerback Courtney Eubanks had a career- and game-high 10 tackles, while Javier Derritt (two sacks) and Dawson Weber (three solo tackles, interception) added to the defensive excellence.

Key Stats – NDSU improving to 33-1 inside the Fargodome in its FCS playoff history always stands out. The Missouri Valley power is tough to beat when it wins time of possession, and the Bison posted an 18-minute, 10-second advantage. With their 11th trip to the semifinals since 2011, they have matched Montana for the second-most behind former FCS program Georgia Southern’s 13.

Up Next – The Bison will stay at home in the semifinal round due to No. 7 seed UIW upsetting No. 2 seed Sacramento State. In the only previous meeting, they beat UIW 58-0 in a 2014 regular-season game after hosting ESPN’s “College GameDay” pregame show earlier in the day.

Quick Synopsis – Montana State rushed for 328 yards and five touchdowns, and had a shutout until William & Mary’s touchdown with 3:11 remaining. Quarterback Tommy Mellott had three scoring runs and one TD pass.

Game Ball – The Big Sky co-champ’s defense shined while limiting W&M to 197 yards, but running back Isaiah Ifanse continued his difference-making return to the lineup after he missed the entire regular season while recuperating from offseason knee surgery. In his second game of the playoffs, he had 11 carries for 162 yards and TDs of 68 and 9 yards while also becoming the program’s all-time leading rusher (3,714 yards).

Key Stats – After Montana State’s first two possessions ended in punts, it scored on seven straight possessions, then again the next time it touched the ball on Taco Dowler’s 79-yard punt return for a third-quarter TD. The Tribe entered with the FCS’ No. 4 rushing offense, but their 135 yards were less than half the pre-game average.

Up Next – Montana State next travels to No. 1 seed South Dakota State for a semifinal. The Bobcats hosted SDSU in the same round last year, winning 31-17.

Quick Synopsis – Lindsey Scott Jr.’s 21-yard touchdown pass to Taylor Grimes with 27 seconds left lifted UIW in the highest-scoring game in FCS playoff history, and surely the game of the 2022 season. The score capped a seven-play, 75-yard drive after previously unbeaten Sacramento State had gone ahead 63-59 with under two minutes remaining.

Game Ball – Scott, one of three players invited to the 2022 Walter Payton Award announcement next month, accounted for 385 yards of total offense and six touchdowns. Four scores were through the air and his 166 rushing yards were a career high. He became the FCS’ single-season record holder with 59 TD passes while increasing his record TDs responsible for to 68.

Key Stats – UIW’s +4 edge in turnovers directly led to 21 points and was pivotal considering Sac State’s offense produced decisive advantages in plays (109 to 73), yards (738 to 579), first downs (49 to 25) and time of possession (by 16:56). The Cardinals’ biggest takeaway occurred in the fourth quarter when linebacker Kelechi Anyalebechi scored on a 55-yard fumble return – his third defensive TD of the season – to give the Southland co-champ a 59-48 lead at the 8:30 mark. An incredible 57 points were scored in the fourth quarter (Sac State’s 29 to UIW’s 28).

Up Next – UIW, whose coach G.J. Kinne is departing after the season to take over at Texas State, will continue the deepest run in its three-year playoff history at No. 3 seed North Dakota State in a semifinal.

Quick Synopsis – The score doesn’t reflect the difficulty of the top-seeded Jackrabbits’ win. They went ahead for good 28-21 on Jaxon Janke’s 18-yard touchdown reception from Mark Gronowski with 10:08 left to go. Gronowski later scored on an 18-yard keeper and connected on a TD to Jadon Janke, Jaxon’s twin brother.

Game Balls – SDSU running back Isaiah Davis carried the ball 20 times for 154 yards, a touchdown and a two-point conversion, surpassing 100 rushing yards for the seventh time in 10 career playoff games. But Holy Cross quarterback Matthew Sluka could be argued as the game’s top player, with 26 carries for a career-high 212 yards and a TD (56 yards) with another 125 passing yards. He had a costly interception, though, providing SDSU linebacker Jason Freeman with a 37-yard pick-six late in the first half.

Key Stat – In a game with similar statistics and Holy Cross outgaining SDSU 413-393, the difference was the Jackrabbits defense was mostly bend-but-not-break while the Missouri Valley champion outscored Holy Cross 36-7 over the final 39 minutes.

Up Next – SDSU, which is riding a school-record, 12-game winning streak under Eddie Robinson Award-winning coach John Stiegelmeier, will host No. 4 seed Montana State in a semifinal. The Jackrabbits trail 11-5 in the all-time series.