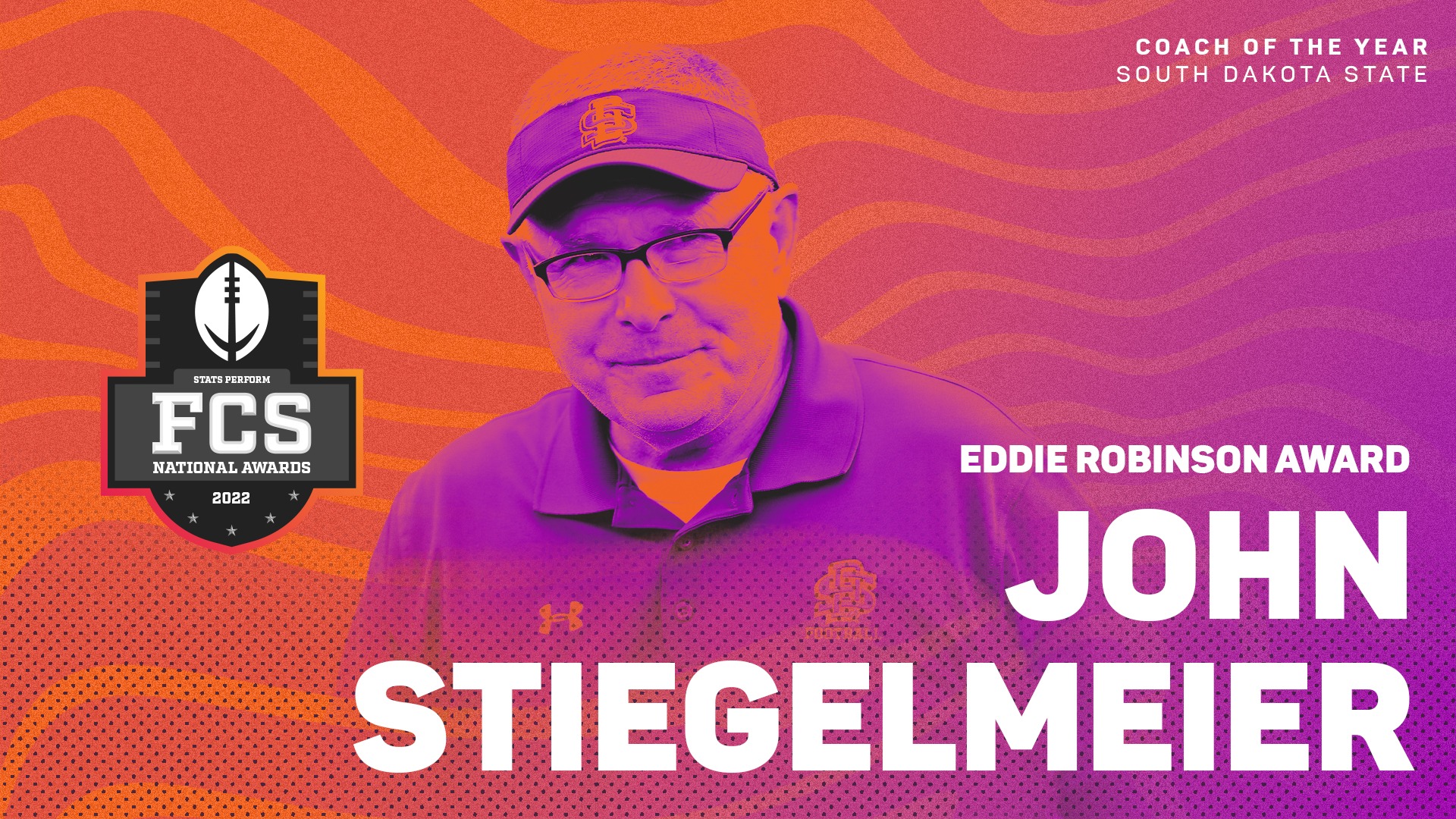 South Dakota State coach John Stiegelmeier could sense his team was going to be ranked No. 1 for first time in program history following a midseason win over rival North Dakota State.

When asked about the significance, Stiegelmeier said, “It would mean a bunch of guys in 2004 (the Jackrabbits’ first season on the FCS level) drew a line in the sand and stepped over it and said, ‘Let’s change the image of South Dakota State football.’ And it’s been changed.”

This fall, the Jackrabbits (11-1) remained top-ranked through the regular season, finishing 8-0 in the Missouri Valley Football Conference to earn their first outright championship. As the No. 1 seed in the FCS playoffs, they are on a program-record 11-game winning streak heading into a quarterfinal on Saturday.

On Thursday, though, SDSU could briefly halt its preparation and reflect on the architect of the program, Coach Stig as he is affectionally known, being announced as the 2022 recipient of the Stats Perform Eddie Robinson Award, which honors the national coach of the year in college football’s Division I subdivision.

A 54-member panel voted on the 36th annual award – named for the legendary Grambling State mentor – after the regular season. Stiegelmeier was a close winner (123 points to 119) over Sacramento State’s Troy Taylor, who was the 2019 Eddie Robinson Award recipient, with Samford’s Chris Hatcher finishing third (108 points).

The 65-year-old Stiegelmeier, who has a 196-112 career record in 26 seasons at SDSU, is guiding the Jackrabbits’ 11th consecutive playoff appearance and 12th overall since 2009. They have reached at least the semifinals in four of the past five postseasons, including a late-minute loss in the spring 2021 national championship game.

As for the 23-21 win at North Dakota State on Oct. 15, it was the Jackrabbits’ third straight over the Bison and the fifth since 2016. In comparison, no other program has defeated the Bison’s FCS dynasty program more than once in the last 12 seasons.