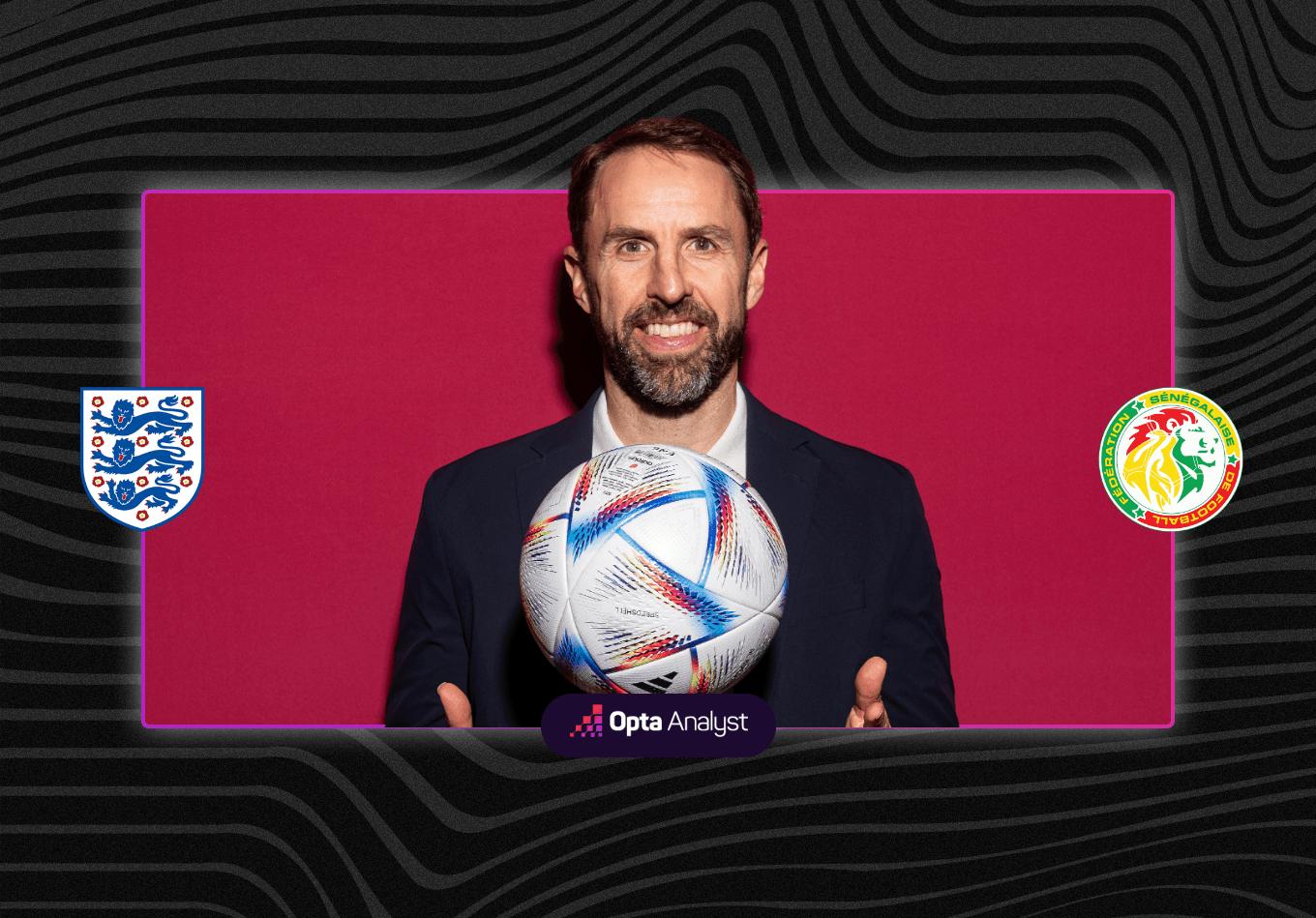 After winning Group B, England face current Africa Cup of Nations champions and Group A runners-up Senegal in the round of 16 at Qatar 2022. We preview the knockout stage World Cup match ahead of kick-off at the Al Bayt Stadium, Al Khor on Sunday.

Declan Rice is under no illusions as to the test Senegal will present England in the last 16 of the World Cup on Sunday.

Having won Group B, England will be widely expected to progress in their first meeting with Senegal and set up a quarter-final clash with either France or Poland.

But Senegal have proven their mettle in progressing as Group A runners-up behind the Netherlands despite missing Bayern Munich star Sadio Mane through injury.

And Rice, who will likely be at the heart of a key battle in the midfield at Al Khor, knows Senegal are not to be taken lightly.

“I think we’ve had a really good focus throughout the three group games – three really tough group games as well – but we’re onto a bigger test and we know Senegal are going to be really tough,” Rice told a press conference.

“It’s the knockout stages and we want to win. If you don’t win, you go home, but that’s not what we’re aiming for. We want to get to the end of the tournament.

“There was big pressure around the Iran game for us to win and we did that. The USA was a tough game but then to beat Wales, with all the noise around that, we really dominated the game from start to finish.

“We’re building well and we’re in a nice position, and we’re ready for whatever comes.

“Senegal are a really strong, athletic team, with some really good individual players. They are a really good team. It’s the first time we’ve played them since I’ve been in the set-up and we know it’s going to be a tough test.”

England, semi-finalists in 2018, are looking to reach the quarter-finals in consecutive FIFA World Cup tournaments for the first time since 2002 and 2006 under Sven-Goran Eriksson.

They come into this match having ended their group stage campaign in style, with a 3-0 victory over Wales thanks to a scorers Marcus Rashford (two) and Phil Foden. Gareth Southgate is yet to see captain Harry Kane score at this tournament, despite his great Premier League form coming into Qatar 2022. Despite not scoring with any of his four shots, Kane has assisted three goals in his three appearances – for Rashford and Raheem Sterling in the opening game versus Iran and his low cross for Foden in that win over Wales. He will also be buoyed by the defensive partnership between Harry Maguire and John Stones, who have been star performances and helped to keep two clean sheets in those final two group matches.

If Senegal do pull off a huge upset, it will mark the first time they have won three games at a single World Cup, having also won two en route to the last eight in 2002.

They made it to the round of 16 thanks to their final group game win over Ecuador, with Chelsea defender Kalidou Koulibaly scoring the winning goal in the second half.

At 19 years and 153 days, Bellingham became the second-youngest player to reach 20 caps in England’s 3-0 win over Wales and dominated the midfield in doing so.

He won possession seven times, tied with John Stones for the most of any player in the game, and had a passing accuracy of 90 per cent. However, Senegal’s midfield has more depth and more talent than that of Wales, and this game promises to be a sterner test of his undoubted quality.

The Lions of Teranga have had five different goalscorers at this World Cup, but Sarr may be the one of whom England will be the most wary.

He scored from the penalty spot against Ecuador and also had the most touches in their box (five) and played more passes into the final third than any other player (13), with eight of them accurate.

Firmly in the shop window having missed out on a move away from Championship side Watford before the season, this is a huge opportunity for Sarr to impress.

England and Senegal may be meeting each other for the first time, but our supercomputer has little doubt about the way this one will go.

The Three Lions, who have never lost in their seven World Cup meetings with African opposition, are given a 63.5% shot of prevailing.

Senegal are considerable underdogs at 13.8% , with a draw that would force extra-time or penalties a more realistic outcome at 22.7%.