Costa Rica vs. Germany: Prediction and Preview | The Analyst 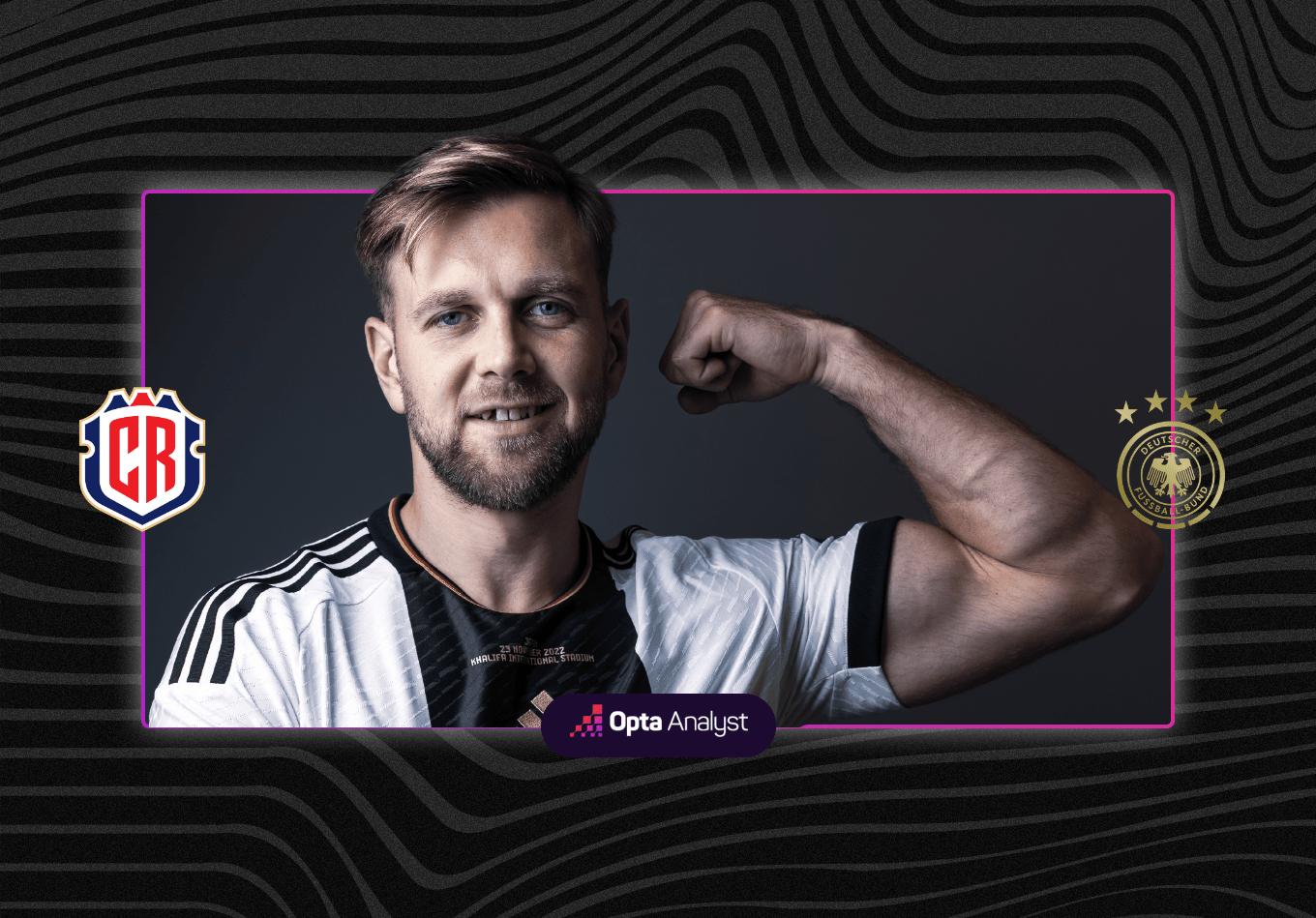 Thomas Muller is putting thoughts of playing at the World Cup for a final time to one side ahead of Germany’s crunch match with Costa Rica.

Thomas Muller wants more support from his Germany team-mates as he bids to ensure Thursday’s clash with Costa Rica is not his final World Cup game.

Germany must beat Costa Rica at Al Bayt, and rely on Japan failing to beat Spain, if they are to qualify from Group E.

History is on Germany’s side – they have won six of their eight World Cup matches against CONCACAF nations, while Costa Rica have won just one of their last 11 such games against European sides.

But should Germany fail to get the win they need to stay in the competition, 33-year-old Muller might well have played at a World Cup for the last time.

The Bayern Munich forward is putting that concern to one side, for now, however.

“I had that thought briefly after the [defeat to] Japan,” said Muller in a press conference.

“[But] since that Costa Rica win against Japan, there was a spark going through our camp when we watched the game. That game’s result was important for us.

“We managed to transport these emotions to the Spain game and now we know that with a win, we have a good chance to proceed. So the thought of playing my final World Cup has faded a bit now.”

Muller, who has 10 World Cup goals to his name, has started both of Germany’s games in Qatar, but he is yet to have a single shot. Indeed, against Spain on Sunday, he managed just 18 touches in his 70 minutes on the pitch, with his replacement Niclas Fullkrug netting the equaliser for Hansi Flick’s side.

While admitting his frustration at his lack of proficiency, Muller has asked for more from the players around him.

“My role over the last years has always been the same. I’m trying to share information with my team-mates and a willingness to perform,” said Muller, who is now without a goal in his last 10 World Cup appearances.

“This is how I want to set an example. In the end, as I know, you will be evaluated as an offensive player by your goals or goal involvements. Having no shots on goal in two games, I am not happy.

“Especially when I am scoring a lot in training. But the games happen as they do and when a chance is coming, you have to be on it.

“We don’t have many players like Jamal Musiala who in any zone of the pitch can create their own chances. I don’t see myself like that, I need some support.”

Keysher Fuller scored from Costa Rica’s very first shot on target at this World Cup, after more than 184 minutes of football played (including added time).

Fuller could become the fourth Costa Rica player to score more than once at a single World Cup after Bryan Ruiz in 2014, Paulo Wanchope in 2006 and Ronald Gomez in 2002.

Bayern prodigy Musiala has been the bright spark for Germany at this tournament, and provided the assist for Fullkrug’s equaliser against Spain, becoming the youngest Germany player to set up a World Cup goal since Muller did so against Australia in 2010.

Musiala has created five chances across his two games in Qatar, which is a joint-high in Germany’s squad, alongside David Raum.

Germany beat Costa Rica in their only previous match, which came at the 2006 World Cup.

Opta’s model gives Costa Rica, who could sneak through with a win, just a 13.4% chance of an upset, while Germany are the big favourites at 66%.