Japan 0-1 Costa Rica: One Shot On Target, One Dream | The Analyst 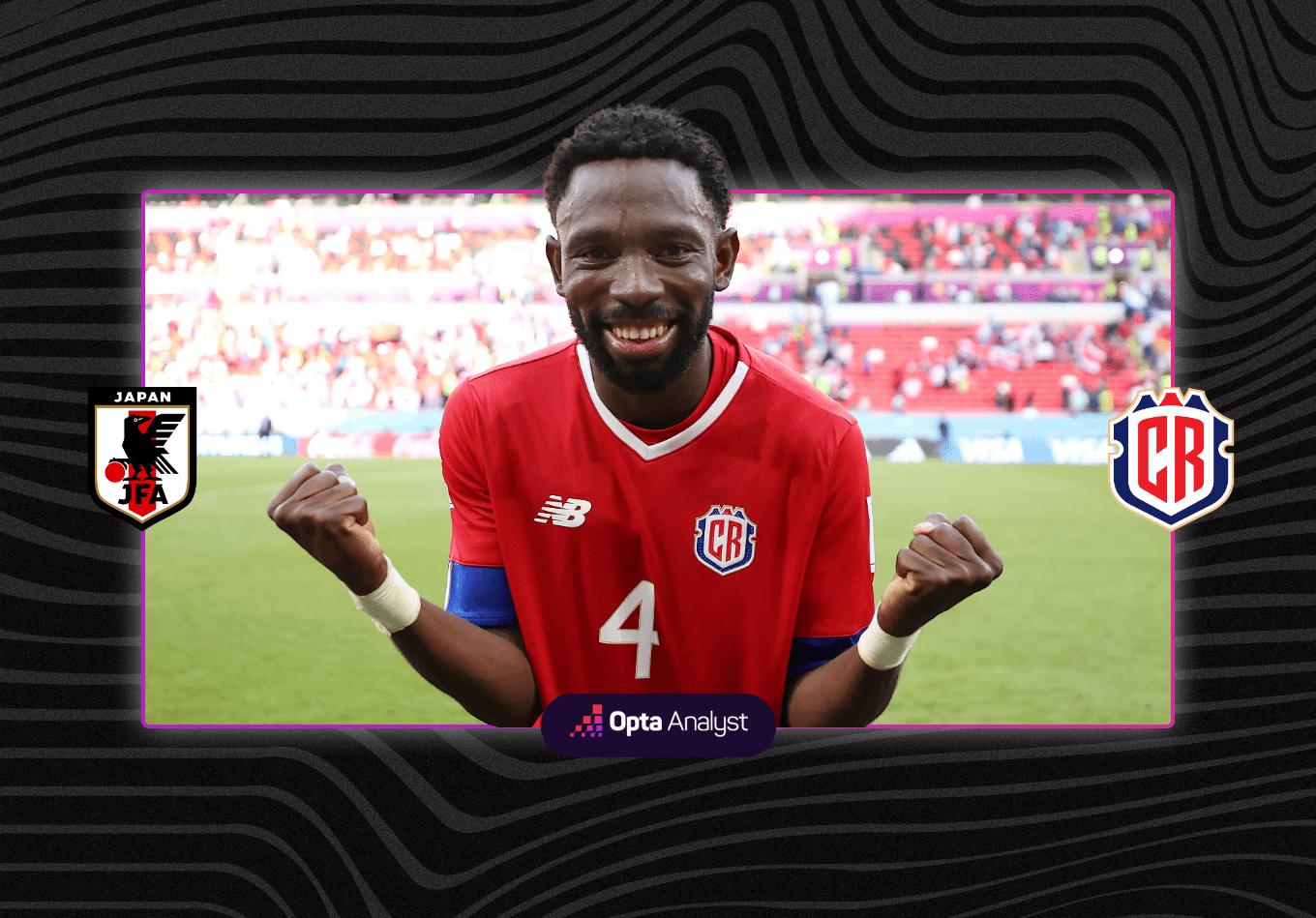 Japan 0-1 Costa Rica: One Shot On Target, One Dream

There’s rarely been a World Cup game where the two teams have prepared for the match in such contrasting circumstances. Japan defeated four-time world champions Germany in their opener, while Costa Rica didn’t even have a shot in their 7-0 defeat to Spain. What madness would reveal itself in this MD2 game at the Ahmed bin Ali Stadium?

The first half’s answer was: sorry you exercised your dog in a rainstorm so that you could be back in time for kick-off. Other than the sight of Premier League icon Michael Oliver on whistleman duties, virtually nothing happened in the opening 45 minutes. It was the first game at this World Cup not to see a shot on target from either side in the first half, while the xG total of 0.05 in the entire period was a perfect illustration of the lack of quality in the game. There have been “hit the crossbar from the halfway line” half-time competitions with more goal threat than we saw in the first half here, and none of the drama of seeing someone trying to hit a football 55 yards in trainers.

Predictably Japan woke up in the second half, aware that a Costa Rica XI with an average age of 30y 318d — the oldest seen so far at this World Cup — were labouring under the classically intense sun. The Japanese fashioned seven shots within 10 minutes of the restart, a switch in formation to a back three making a visible difference. But even as the shot volume increased, the quality of chance did not. Japan would end the game with 13 shots, but an xG of only 0.85, but with Costa Rica showing little threat, perhaps this was just one of those games; take the point and regroup.

And then the 81st minute happened.

Costa Rica, the team who hadn’t had a shot on target in over 184 minutes at this World Cup (thanks, additional time community) finally fashioned one. Keysher Fuller’s shot will never be featured on a Football’s Hardest Shots VHS but it squirmed past the hands of Japan goalkeeper Shuichi Gonda, and ended up, stunningly, in the back of the net. How’s your luck Japan? Follow up the most famous result of your history with one of the most infamous. Pure football, pure 2022 World Cup.

It means that Costa Rica are the first team to have conceded seven goals in a game and then go on to win their next World Cup match since Paraguay in 1958 (who lost 7-3 to France and then won 3-2 vs Scotland). In more than 200 minutes of action in Qatar the Ticos have one shot on target, one goal and three precious points, while two touches in the opposition penalty box is the lowest total ever recorded by a winning team in a World Cup game. If Germany can defeat Spain later today — no easy task — then all four teams in Group E will be on three points with one game to do. E for exciting, E for entertaining (sort of), E for exceptional levels of narrative.