Argentina vs Croatia Prediction and Preview | The Analyst 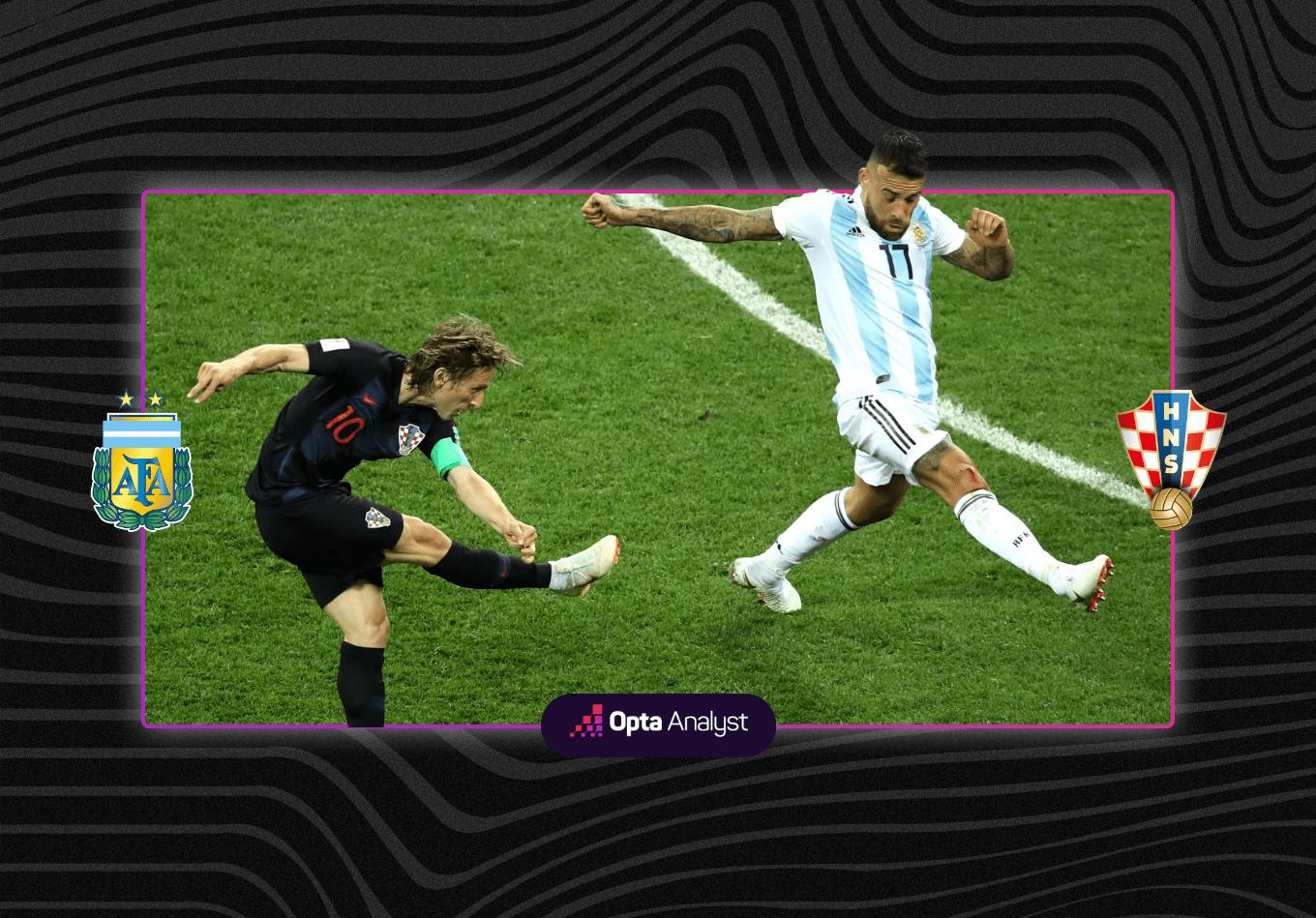 After defeating the Netherlands in the most dramatic quarter-final tie at the 2022 FIFA World Cup, Argentina now face the conquerors of Brazil – Croatia – at the Lusail Iconic Stadium in Qatar.

Croatia are “living for the moment” as they prepare for a World Cup semi-final against Lionel Messi’s Argentina, so says Borna Sosa.

Zlatko Dalic’s team reached the final in Russia four years ago, losing to France, who will play Morocco in the other semi-final in Qatar.

Croatia were not fancied among the favourites to succeed in Qatar but overcame Brazil in a penalty shootout to reach the semi-finals for the third time in their history.

Now they face Argentina, with the prospect of knocking both South American giants out of the World Cup – should Croatia do so, they would be the first team since Germany in 2014 to manage it.

Borna Sosa was key against Brazil, keeping Premier League pair Raphinha and then Antony quiet down Croatia’s left side, and the full-back has every confidence this team can go the distance.

“Of course. Now, everything is possible,” he said. “We are very dangerous like we showed. If it comes to penalties, I think everybody will have in their heads that we’ve won many, many times.

“The last World Cup, we were second. We are coming with a new squad with 17 and 18-year-old players, and we are showing that we have a lot of quality in our country.

“We have only four million people and we are showing a lot of good results for many years. That’s why I’m proud of the whole nation because we are really living for this moment.

“This is our biggest strength as a team – to fight together. We do not have stars in the team who don’t want to run or defend.

“We are really showing a lot of respect to the game and we are trying to give everything on the pitch.”

Make four predictions on Argentina vs Croatia to win $500

It was Argentina’s continental rivals Brazil that had become renowned for their dancing at this tournament.

Lionel Scaloni, though, wants his team to “keep dancing” as they bid for a place in the showpiece on December 18.

He said: “It’s an objective. Now that we’re dancing, we have to keep dancing.

“We’d like to continue, with all the respect we have to have with Croatia. Let’s hope we live up to it.”

When the starting lineups are announced for the game on Tuesday, two players that will certainly be missing for Argentina are the suspended Gonzalo Montiel and Marcos Acuna, while there are injury worries surrounding the integral Rodrigo de Paul.

Both teams reached this stage following a penalty shootout victory in the last round, and the pair can be confident that they have two goalkeepers with form for stopping the opposition from the spot.

With his save from Rodrygo in the Brazil shootout in addition to the three in the last 16 tie versus Japan, Croatia’s Dominik Livakovic became just the third goalkeeper to save as many as four penalties in shootouts at a single FIFA World Cup tournament, after fellow Croatian Danijel Subasic in 2018 and Argentina Sergio Goycochea in 1990.

Argentina’s Emiliano Martínez saved from Dutch pair Virgil van Dijk and Steven Berghuis in their quarter-final penalty shootout win, with Martínez also the hero in Argentina’s 2021 Copa America semi-final victory over Colombia, where he saved three spot-kicks in the shootout.

Messi, likely playing at his final World Cup, is leading the charge for Argentina as he looks to add the trophy to his collection.

The 35-year-old has both scored and assisted a goal in three different World Cup matches, including two at this year’s tournament (vs. Mexico in the group stage and the Dutch in the last round).

Since 1966, no player has ever done so in four separate games.

Marcelo Brozovic has been excellent as a deep-lying playmaker for Croatia, and the Inter midfielder might well be crucial to stopping Messi.

In the quarter-final win over Brazil, Brozovic completed 96 passes – a tally that only team-mate Luka Modric (105) attempted more than.

If Brozovic can work alongside Modric and Chelsea’s Mateo Kovacic to block off the central space and force Argentina wide, then they might just be able to limit Messi’s influence.

This is the third World Cup head-to-head between Argentina and Croatia, and first match-up in the knockout stages. Argentina won 1-0 in 1998, before Croatia’s 3-0 win in the 2018 edition in Russia.

Ahead of kick-off, the Opta supercomputer makes Argentina the favourites to progress without needing penalties (55.8%), with Croatia given a 17.9% chance of winning.

Eight of Croatia’s last nine World Cup knockout matches have gone to extra-time, however, so do not be surprised if this match is drawn over 90 minutes, or even 120.

This will be Croatia’s first World Cup 2022 game at the Lusail Iconic Stadium, while Argentina have already defeated Mexico and the Netherlands but did suffer one of the all-time biggest World Cup shocks in this venue against Saudi Arabia in their opening group game.

Of course, there is another tie to be played in the semi-final round of the 2022 FIFA World Cup. You can play our Opta Challenge game for a chance to win $500. Click on the links below to play (t&cs apply).