Cover 3: Win Probabilities and Key Matchups for the NFL's Biggest Games in Week 14 | The Analyst 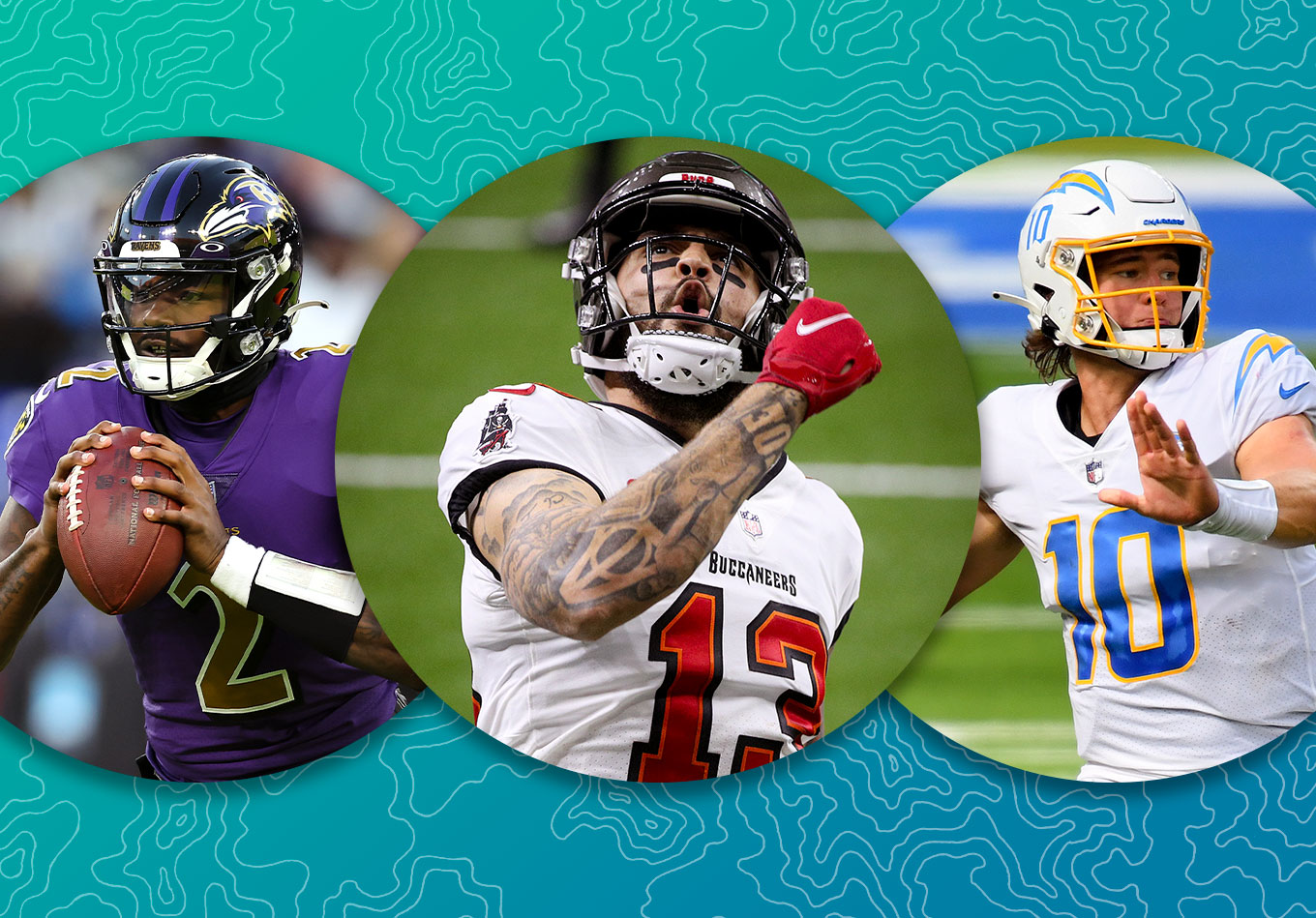 Cover 3: Win Probabilities and Key Matchups for the NFL’s Biggest Games in Week 14

The San Francisco 49ers are hoping history can repeat itself. The Baltimore Ravens sure don’t want that to happen.

Brock Purdy, the 262nd and last pick of the 2022 NFL draft, is Mr. Irrelevant no more after being pressed into unintended duty as the new starting quarterback of a 49ers team that was carrying realistic Super Bowl aspirations when Jimmy Garoppolo went down with a likely season-ending broken foot last week.

While a championship run appears a lot less likely now for the NFC’s current No. 3 seed, the Niners can look no further than the opposing sideline for inspiration when they host the Tampa Bay Buccaneers this Sunday in the lone clash of division leaders on the Week 14 docket.

In case you didn’t know, winning a Super Bowl with an unheralded and inexperienced quarterback has been done before. That’s not to suggest that the 22-year-old Purdy can accomplish what his 45-year-old counterpart this weekend, Tom Brady, did with the New England Patriots all the way back in 2001. Still, it does add another interesting storyline to an already intriguing matchup that could be the Bay-area native Brady’s final game in San Francisco.

The Ravens, meanwhile, find themselves without their franchise quarterback for a stretch of December for a second straight year with the news that Lamar Jackson could be out up to three weeks after spraining his knee in last Sunday’s ugly win over the Denver Broncos.

Baltimore now tries to avoid a repeat of 2021, a season that ended with Jackson missing the final four games with an ankle injury. It also concluded with six straight losses that took the Ravens from atop the AFC following Thanksgiving weekend to out of the playoffs entirely.

Jackson’s latest health issue, combined with the Cincinnati Bengals’ recent red-hot play and Deshaun Watson’s return in Cleveland, has suddenly made the AFC North race a very captivating one. And that’s without mentioning the Pittsburgh Steelers, who bring a two-game winning streak to the table as they host the Jackson-less Ravens this weekend in a showdown that should have a say in deciding the division’s eventual champion.

Ravens-Steelers and Bucs-49ers are two of three games we’ve pegged as the principal matchups of a very important Week 14 schedule. As always, we’ll break down each game in further detail to provide a data-driven account of the factors that could determine the final outcome.

One of the NFL’s fiercest and best rivalries has been a bit one-sided of late in terms of the final result, as the Steelers have swept the home-and-home series in each of the last two seasons. All of those games were decided by five points or less, however, including Pittsburgh’s 16-13 overtime victory in Baltimore in the 2021 regular-season finale that granted the retiring Ben Roethlisberger one more playoff game to close out his distinguished career.

Like this one, that most recent meeting had Tyler Huntley subbing for an injured Jackson, and the 2019 NFL MVP’s absence was felt as his understudy turned in a forgettable performance. The Ravens ran at will on Pittsburgh, churning out 249 yards on the ground and averaging nearly seven yards per carry, but that prowess was offset by Huntley’s anemic 141 passing yards as he completed just over half of his 31 attempts. He also threw two interceptions, one a damaging drive-killer inside the red zone, and had two others that were considered pickable passes by our count.

Needless to say, Huntley has to be better for Baltimore to have its best chance of leaving the Steel City with a resumé-building win. And based on the Steelers’ overall defensive numbers, there’s a good chance he will be. Pittsburgh ranks 29th in EVE (our efficiency vs. expected model) against the pass and 31st in yards allowed per passing play, and its 29 passing plays of 25 or more yards allowed are tied for the second most in the NFL.

The Steelers have been considerably better in that department over their last four games, though, and it’s likely no coincidence that progress has come since star pass rusher T.J. Watt returned from a pectoral injury after their Week 9 bye.

Watt hasn’t made a great impact individually, as he’s recorded just 0.5 sacks since coming back with a below-average pressure rate of 13.0%. The reigning NFL Defensive Player of the Year’s presence, though, has had an effect on his teammates. Interior lineman Cameron Heyward’s pressure rate has increased from 16.8% over Pittsburgh’s first eight games to 19.8% over the last four, while edge rusher Alex Highsmith has had a similar rise (13.0% before to 17.0% after).

It should be noted that competition may have something to do with Pittsburgh’s improvement against the pass, as it’s faced the likes of Andy Dalton, an in-decline Matt Ryan and the just-benched Marcus Mariota during its four-game surge. But while Huntley has proven to be a capable No. 2 quarterback, none of his four previous NFL starts can be described as elite.

First off, if you’re a fan of scoring, the later afternoon time slot may be a good window to get some holiday shopping in if this is the designated game in your area. Oddsmakers have set the over/under at a paltry 37.5 points, and for good reason.

These are two of our top five in defensive EVE (San Francisco is first, Tampa Bay fifth), the 49ers will be starting essentially a third-string quarterback and the offensively dysfunctional Buccaneers have topped 22 points in just one of their 12 games.

Chances are it will be one in 13 games, as the 49ers have routinely smothered the opposition over the course of a five-game winning streak in which they’ve yielded 57 total points and surrendered an average of 268.6 total yards per outing. That dominance was verified with last week’s 33-17 dismantling of a high-powered Miami Dolphins team that entered Levi’s Stadium with four straight games of 30 or more points, and left without converting a single third-down situation and mustering little after a 75-yard touchdown pass on the opening play.

That defensive prowess is why our models rate the 49ers as a slight favorite to prevail, and why the public surprisingly agrees even though they’re the team with the first-time starter at quarterback and not the one with the most accomplished signal-caller in history.

Recency bias has likely played a part in the Bucs’ underdog status as well after a national audience witnessed 57 minutes of utter offensive ineptitude in Monday’s game against the New Orleans Saints before Brady engineered two late touchdown drives to rally Tampa to an improbable 17-16 win.

That thrilling comeback still doesn’t disguise the fact that the Bucs still have real problems on offense, the least of which may be at quarterback. Brady’s advanced numbers aren’t much different than those of a year ago, and in fact, his well-thrown percentage of 82.2 is a slight tick better than his 79.2% rate of 2021 and stands above the league norm.

Tampa Bay’s ongoing issues appear to be twofold. First, there’s been no semblance of a running game to speak of and second, its playmakers simply haven’t performed to their 2021 levels. Among wide receivers with 70 or more targets last season, Mike Evans ranked first in burn percentage (72.7) and Chris Godwin third (70.4). Neither has been elite in 2022.

Godwin’s burn rate of 57.1% this season stands 49th of 68 wide receivers with 45 or more targets as he continues to feel the effects of a torn ACL he suffered last December. Evans, a red-zone savant in each of the previous two campaigns, has gone eight straight games without a touchdown and owns only a 44.7% read share in the red zone that ranks 76th in the league among those with at least 30 red-zone snaps.

Even if those two can quickly reclaim their prior form, Sunday’s test will be a true challenge for Tampa’s one-dimensional attack. The 49ers rank second overall in burn-allowed percentage and boast two of the league’s top-10 linebackers in that category in Dre Greenlaw and Fred Warner, a duo fully capable of neutralizing Tampa’s bread-and-butter short passing game.

It’s still far from a hopeless scenario for the Bucs, who can play a little defense as well and surely won’t make Purdy’s NFL starting debut a seamless task. And which quarterback would you want with the game on the line if it indeed turns out to be a defensive slugfest that could go down to the wire?

There’s far more than just bragging rights at stake when Tua Tagovailoa and Justin Herbert, quarterbacks who may be forever linked as the fifth and sixth overall picks of the 2020 draft, go head to head for the second time in their burgeoning careers.

Tagovailoa’s Dolphins seek to avoid a potential two-game deficit to the AFC East-leading Buffalo Bills (a heavy favorite at home against the New York Jets this week), while the mercurial Chargers are in dire need of some positive momentum after falling a game back of the Jets for the conference’s final wild card with three losses in their past four games.

Averting another won’t be easy for Los Angeles, as Miami is 7-0 when scoring 20 or more points this season and shouldn’t have much difficulty hitting that mark against a Chargers team that’s ranked 31st in defensive EVE and will have a hard time countering the Dolphins’ strengths.

The Chargers have been among the league’s most aggressive defenses of late as they continue to search for a sustained pass rush with difference-maker Joey Bosa still sidelined. Los Angeles has blitzed on 42.8% of opposing passing plays over its last five games, the fourth-highest rate in the NFL during that period.

Maintaining that strategy could be a recipe for disaster against the Dolphins, as Tagovailoa sports a stellar 125.9 passer rating against the blitz that trails only Patrick Mahomes for tops in the league. Moreover, Miami fields arguably the NFL’s most dangerous duo of game-breaking wide receivers in Tyreek Hill and Jalen Waddle, whose big-play prowess could be a major headache for a Los Angeles defense that was just burned for 177 yards and two long touchdowns by the Raiders’ Davante Adams last week.

The Chargers can’t match Miami from an explosiveness standpoint, but that doesn’t mean they can’t keep pace by using a more methodical approach and minimizing mistakes.

Miami’s defense has done a credible job of limiting big plays, but it’s a unit that can be dinked and dunked into submission. The Dolphins have allowed enemy quarterbacks to complete above 60% of their pass attempts in every game this season, one of only two teams (the Arizona Cardinals are the other) to hold that dubious distinction.

The Chargers are well-versed in the death-by-paper-cut philosophy, as Herbert has checked down on a league-high 17.9% of his attempts. A lot of that has been out of necessity, as the wide receiver group has been hit hard by injuries throughout the season and the offensive line ranks in the middle of the pack in matchup win percentage in pass protection.

Miami ranks sixth in pass rush matchup win percentage and ninth in terms of pressure rate – and it’s been better in the four games since acquiring sack artist Bradley Chubb. But Herbert has been generally excellent when faced with duress, as he owns the third-highest well-thrown percentage (81.6) and second-lowest pickable pass percentage (1.72) under pressure among qualified quarterbacks this season.

Finishing drives will also be critical for Los Angeles, which enters the week tied for 24th in red zone touchdown efficiency. On the other hand, the Dolphins are tied for 28th in that category on the defensive side, and the Chargers do have one of the game’s best goal-line weapons in Austin Ekeler. The versatile running back has scored a remarkable 13 receiving red-zone touchdowns over the past two seasons, a number bettered by only Travis Kelce, Stefon Diggs, Cooper Kupp and Mark Andrews.