NFL Predictions: Purdy Good Chance All Is Not Lost for the 49ers | The Analyst 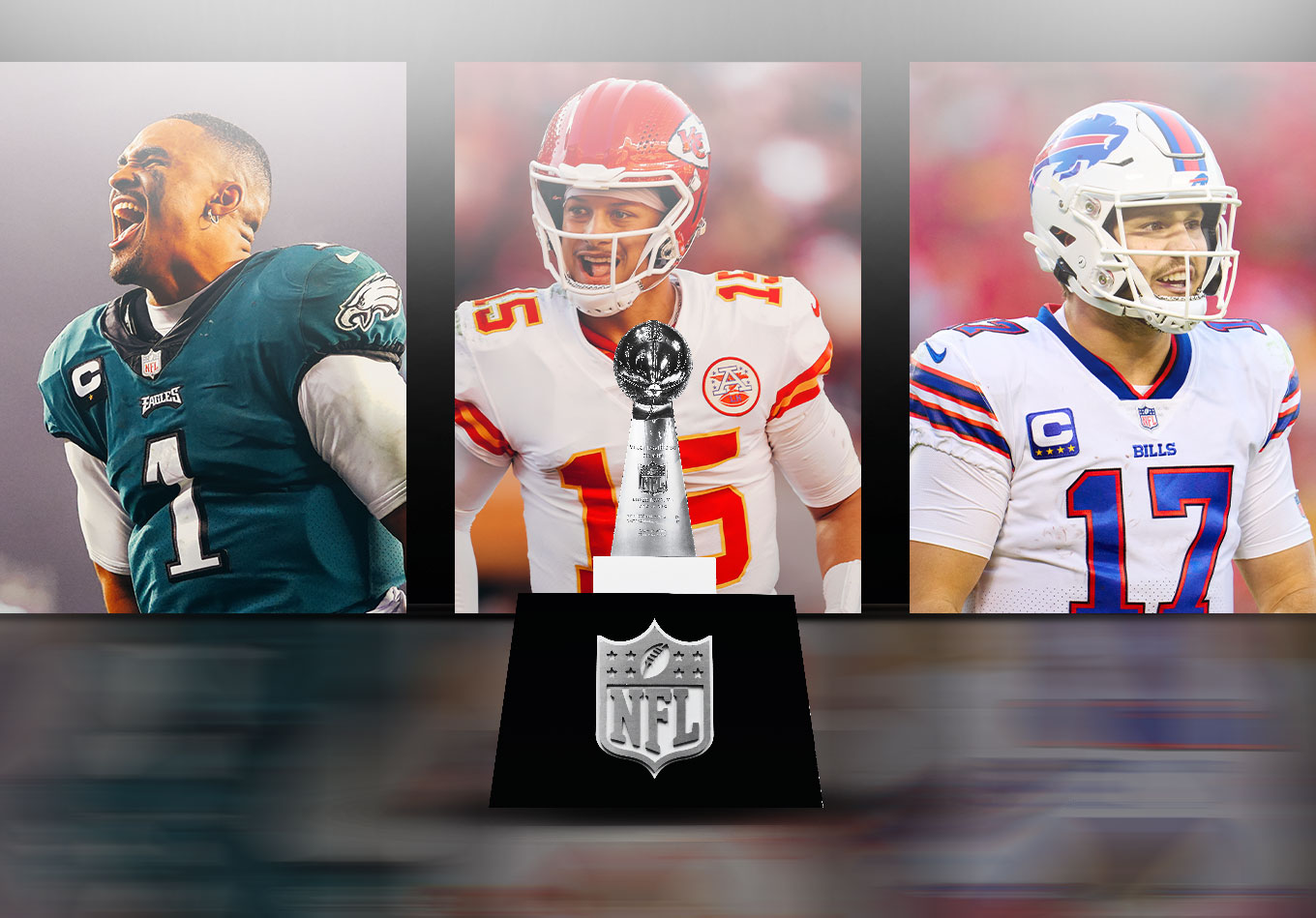 The San Francisco 49ers’ looked destined to contend for a Super Bowl because of their astute move to invest in a quarterback insurance policy for Trey Lance.

Now with Jimmy Garoppolo, whom they kept around after attempting to trade away, likely also on the shelf for the rest of the season with a broken foot, the NFL world is left wondering whether one of the best rosters in the league can still go deep in the postseason with rookie seventh-round pick Brock Purdy at quarterback.

The early signs are promising, with Purdy stepping in for Garoppolo against the Miami Dolphins in Week 13 and producing a composed display in a 33-17 win that pushed the Niners’ record to 8-4.

An enforced switch from Garoppolo to Purdy, the last pick in this year’s draft, is an obvious downgrade, but how does it impact the 49ers’ hopes of reaching the playoffs and Super Bowl?

We can answer that question by looking at our rest-of-season (ROS) projection.

The projected win percentages are then aggregated to produce the forecasted standings, which suggest all is not lost for the 49ers.

Purdy was poised, decisive and accurate after replacing Garoppolo, fostering hope he can help keep the 49ers in the Super Bowl hunt despite his inexperience at the highest level.

The ROS projection does not see the Niners winning the Super Bowl, giving San Francisco less than a 1.0% chance to lift the Lombardi Trophy with Purdy under center.

However, the 49ers are still given an average win total of 10.5, putting them as the third seed as NFC West champions. With the division rival Seattle Seahawks projected to win 9.76 and end the season as the sixth seed, it would set up a mouthwatering wild-card matchup.

San Francisco has done most of the hard work in its playoff pursuit and has a dominant defense that ranks first in EVE (our Efficiency Versus Expected metric).

As such, the Niners are still likely to make the playoffs, with ROS giving them a 95.0% shot. What happens after that is up in the air with Purdy at the helm.

Kansas City’s loss to the Cincinnati Bengals in Week 13 dropped it out of the No. 1 seed in the AFC, with the Buffalo Bills once again in control of the conference.

ROS, though, expects the Chiefs to reassume the top spot by the end of the season.

Kansas City is given a projected average win total of 12.8, the highest in the AFC and ahead of the Bills’ 12.4.

On the NFC side, ROS does not project any slip-ups from the 11-1 Philadelphia Eagles, who are predicted to win 15.1 games and finish well clear of the Dallas Cowboys in the NFC East. The Eagles also have an NFL-best 35.0% chance of winning the Super Bowl, with the Chiefs second at 18.8%.

If this projection is accurate, Dallas would face the prospect of playing the NFC South champion Tampa Bay Buccaneers on the road in the wild-card round despite a 12-win campaign.

ROS still appears to lack belief in the defending AFC champion Bengals despite a third successive win over the Chiefs.

Cincinnati is predicted to finish second in the AFC North behind the Baltimore Ravens with a projected average win total of 10.42. The margin is razor thin, though, with the Ravens’ total at 10.43.

The Bengals have just a 2.4% chance to win the Super Bowl, according to the projection.

Yet with Joe Burrow and the Cincinnati offense catching fire in recent weeks, the Bengals loom as an extremely dangerous potential wild-card team and the projected addition of the Miami Dolphins and New York Jets to the playoffs would make for one of the most fascinating AFC postseasons in recent memory.

By contrast, the recent tie between the New York Giants and Washington Commanders is unlikely to strike fear into the heart of any NFC contenders. They will renew acquaintances in Week 15, and it is the former who is projected to ultimately win out in their battle for the seventh seed.

New York has an average projected win total of 8.3 compared to 8.2 for the Commanders as the projection suggests a losing record will be good enough for at least one team to reach the postseason.