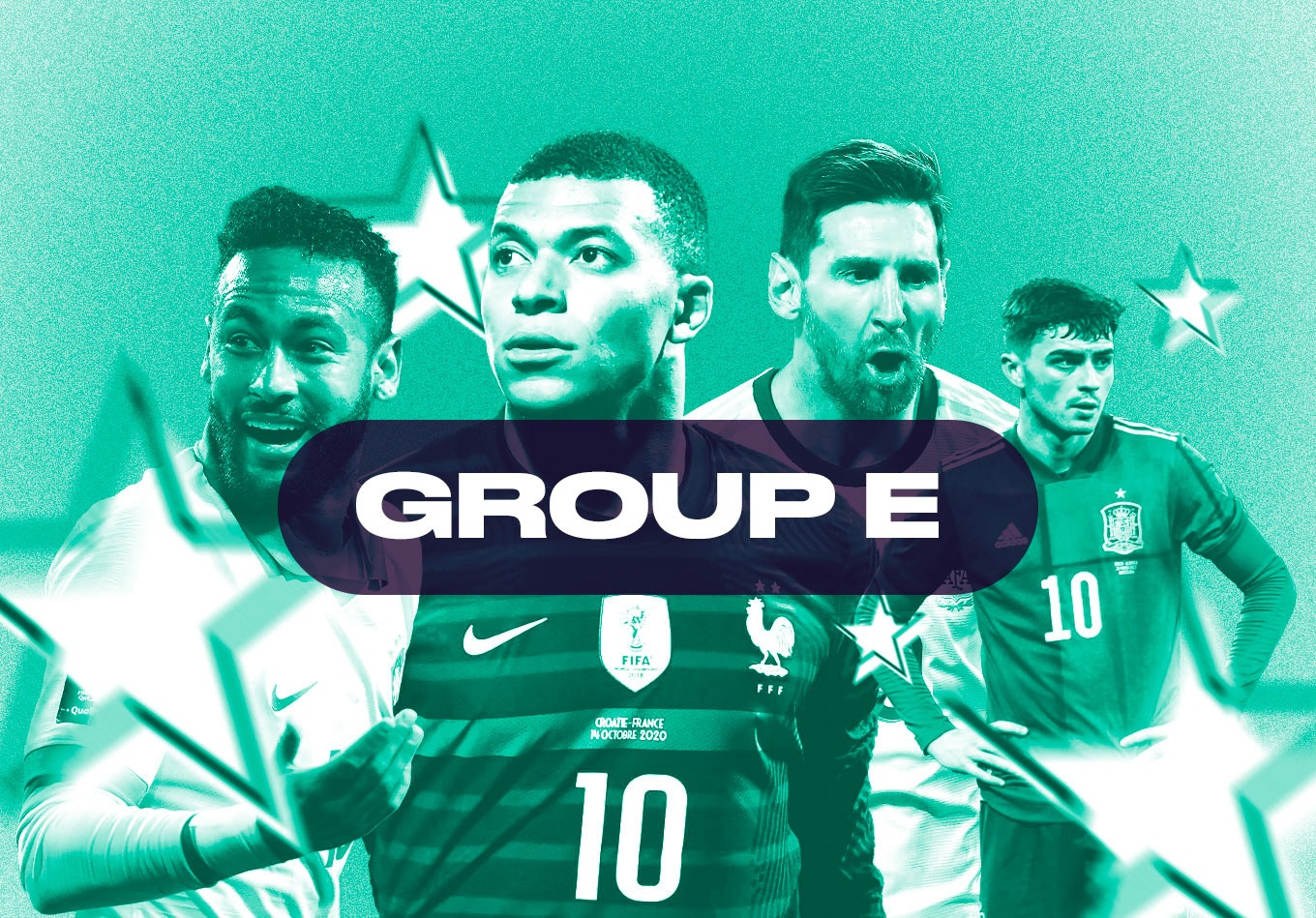 Every World Cup needs a Group of Death. In 2022, Group E is indeed that group, containing four-time winners Germany, 2010 champions Spain, alongside an underrated Japan side and CONCACAF qualifiers Costa Rica, who have previous of escaping tricky groups.

Spain are our favourites to emerge in top sport from Group E, with their 50.5% chance almost 10% more than fellow giants, Germany (40.8%). La Roja come into this tournament in a far more stable position than in 2018, when Julen Lopetegui was sacked on the eve of the tournament. Luis Enrique in the dugout for his second major tournament with Spain, and he has done superbly well in charge: semi-finalists at Euro 2020, finalists in the 2021 Nations League and once more into the final four of the 2023 Nations League.

Despite this, Spain have struggled to find a like-for-like replacement for their World Cup record scorer, David Villa, since his retirement in 2019. Ferran Torres top scored in qualifying with four goals but that was at least twice as many as any other Spain player. The likes of Alvaro Morata and Pablo Sarabia are useful but haven’t yet got goal scoring history on the biggest stage of all.

But it might not matter, with a midfield littered with talent. Spain’s success might well be heavily dependent on the Barcelona midfield trio of Gavi, Sergio Busquets and Pedri.

Germany are in a major tournament without Joachim Löw at the helm for the first time since the 2006 World Cup. Hansi Flick will be looking to emulate Jupp Derwall as the last manager to win a major tournament with Germany at the first attempt (Euro 1980). Like Spain, they are predicted to qualify for the last 16 with relative ease (80.4%) but are only favoured to finish second in the group.

While they were extremely efficient in qualifying for Qatar with nine wins from their 10 fixtures, Die Mannschaft head into the tournament in more patchy form. They won just one of their six Nations League games in Group 3 – a 5-2 battering of Italy – but finished comfortably above England courtesy of drawing four games.

Russia 2018 was the first time since 1950 – when they didn’t participate – that Germany failed to get past the first round. Given they were defending champions, it was a major blemish on an otherwise exceptional record this century, having reached at least the semi-finals in every other World Cup. History has taught us to never write them off, and they are among the teams we should expect to go deep.

As we revealed in our overall tournament predictor, winning this group might not be the best way for Spain or Germany to progress deep into the tournament.

Japan head into the group with nothing to lose and everything to gain. They’re rated at just a 25.4% chance to progress out of the group, with third place in the group (45.7%) the most likely outcome according to the supercomputer.

Don’t sleep on Japan though. They come to Qatar in excellent form having lost just twice in 13 matches since October 2021. Hajime Moriyasu’s side won their opening game in the 2018 World Cup against Colombia, and while they’ll be outsiders to replicate that feat against Germany, it will by no means be straightforward.

Similarly, Costa Rica will be under little pressure. Los Ticos are the outsiders in Group E and are given a mere 9.8% of escaping. Such is the strength of this group, that 9.8% chance of progression is the lowest of any team in the tournament. For context, Qatar, who have the lowest chance of progression in Group A, are still given a 25.9% of doing just that. Not all groups are created equal.

Costa Rica do have history of prevailing against the odds though, after springing a surprise in 2014, topping a fearsome group of England, Italy and Uruguay.

It’s hard to look past the big two in this group so, for me, it’s just a question of the order. I think Germany are quietly being underrated in this tournament and predict them to top the group, with narrows wins over Japan and Costa Rica supplementing a goalless draw against Spain.

I think Spain will take time to grow into the tournament, slowly building toward their fluent, passing best. Costa Rica could frustrate them in the opening fixture, and Germany will be a keen match for them, but I predict they’ll announce themselves in Qatar with a resounding win in the final matchday against Japan.

Japan and Costa Rica will do more than simply make up the numbers, but overcoming Germany and Spain will be a step too far for either. Given Japan’s run of form, and tidy collection of players plying their trade in the Bundesliga, I predict them to finish in third above Costa Rica.