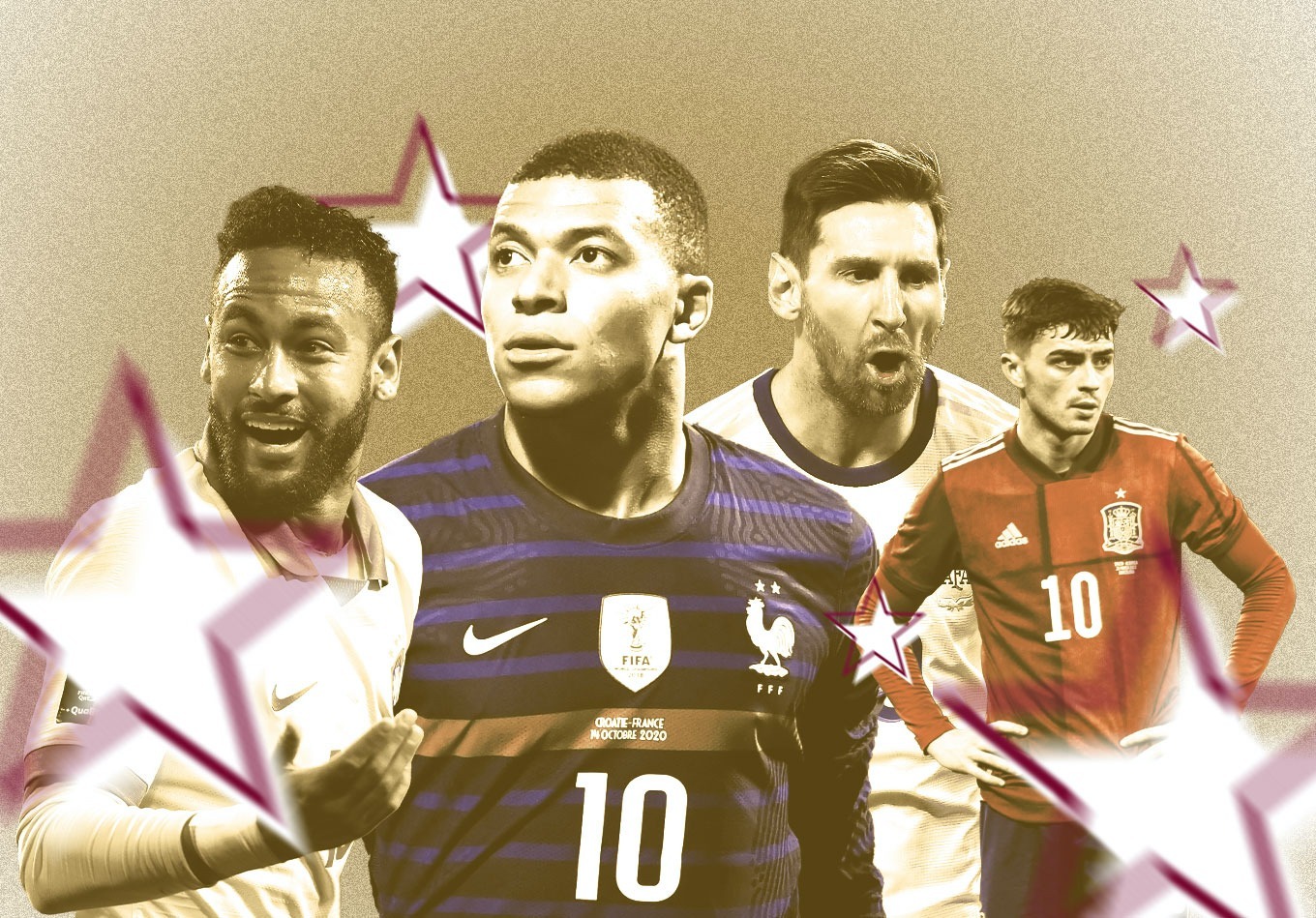 Back in June when the 2022 World Cup groups were finally set following the final playoffs, we were approaching the 24-year anniversary of Brazil and France facing off in the 1998 World Cup final just north of Paris at the Stade de France. Our numbers in that 15 June reveal had France as favourites for the tournament in Qatar with nearly an 18% chance of winning the tournament with Brazil close behind. The reigning world champions from Group D and the record world champions from Group G were and are on different sides of the bracket should they both win their groups and progress to an 18 December clash at Qatar’s Lusail Iconic Stadium.

There’s still a strong case for that final at World Cup 2022, but the story has shifted with two South American sides now topping our predictions. Brazil have moved ahead of France with a tournament-best 16.3% chance of lifting the trophy, and the 35-match unbeaten run of Lionel Messi & Co. has Argentina now as second favourites at 13.1%.

Regardless, it’s given the people what they want. More than one in three Opta Million brackets submitted to date have a dream story playing out with Lionel Messi winning an elusive World Cup in the twilight of his international career by picking Argentina to win the tournament. The same goes for Brazil:

Argentina’s rise in the predictor from 6.45% chance of winning the tournament in June has meant a climb from eighth to second, passing France, Belgium, the Netherlands, Germany, England and Spain along the way. But it’s not as if those sides have seen massive drop-offs in their chances. England, for example, have dropped to fifth but their percentage chance of winning the tournament has remained between 8-9%. UEFA Nation’s League relegation throws the Three Lions into the tournament on something of a low, but Group B is winnable with the USA, Iran and Wales:

Should Gareth Southgate’s side with the group, they’ll then face Group A’s runners-up. The Netherlands should win that group, so that would mean a round of 16 match against Senegal, Ecuador or Qatar, meaning to get to the quarter-finals England would only have to navigate teams outside of the top 13 sides at the tournament. There’s an official Harry Kane Golden Boot watch if that happens.

Aside from those mentioned above, the only other team with more than a 5% chance to win the tournament is Cristiano Ronaldo’s Portugal at 5.4%. It took a playoff for them to get here, and a fortunate one at that avoiding Italy, but none of that matters now. What matters is their path. Group F is manageable with Uruguay, Ghana and South Korea. Portugal have a 55.7% chance of winning it, which is sixth best among the 32-team field. Next, it would be the Group G runners-up.

Part of the reasoning in June for France over Brazil was the difficulty of Brazil’s path, particularly their potential quarter-final matchups. The Seleção are in Group G with Switzerland, Serbia and Cameroon. Should they win the group, they’ll play the second-place team from Group H (Portugal, Uruguay, Korea Republic or Ghana). Nothing out of the ordinary in the group stage or Round of 16. But the quarter-final matchup is most likely to be against the winner of Group E. Think Spain or Germany, two of the top six teams most likely to win the tournament. Nevertheless, Brazil have the highest chance of reaching the semi-finals at 41.2%. They didn’t get there in 2018 after a loss to Belgium, marking the third time in four tournaments they went out in the quarters after three straight tournaments reaching the final.

In contrast, if potential top scorer Kylian Mbappe and France win Group D with Euro 2020 darlings Denmark, Tunisia and Australia, they’ll play the second-place team from Group C’s quartet of Argentina, Mexico, Poland and Saudi Arabia in the last 16. Eminently manageable, you’d think, but the model also takes into account the possibility for France to meet Argentina that early should a shakeup happen atop either group. If France win their group and advance beyond the round of 16, it’s followed in the quarters by either the winner of Group B (most likely to be England) or the second-place team from Group A. With the Netherlands heavily favoured to win that group, the runners-up would be either Senegal, Ecuador and Qatar. So, France’s path to the semis would most likely go through either the predictor’s fifth favourite or one that ranks no higher than 14. That’s not a bad route to the final four of the World Cup – should the bracket keep form.

That leaves us with one other team in the supercomputer’s top-five rankings to touch on. Spain. While they have a slightly higher chance than England to win the tournament, England are ahead of La Roja to reach the semis. Call it the Group of Death wildcard. There’s no such thing as certainty in a World Cup – especially one played in November with the Premier League and Europe’s other top leagues ending about a week before the tournament starts – but a predictor model likes something resembling it. Spain only rank eighth among teams most likely to finish first in their group, and that’s because Group E has Germany along with a Japan side that ripped apart the USA in pre-tournament friendlies as well as 2014 Group of Death darlings Costa Rica.

It’s just that the reward for winning it this year might not be worth it. Win Group E, and your run through the knockout stages begins with the runners-up of Group F with Belgium, Croatia, Canada and Morocco. Neither Belgium nor Croatia present an easy route to the quarter-finals, but the main issue comes a round later. The winner of Group E is likely to play Brazil in the last eight. Group E’s runners-up would have a pool of potential candidates topped by Portugal and Uruguay.

Winning the Group of Death is always an achievement but finishing second in it at the Qatar World Cup might be the way to win over the supercomputer in the knockout phase.