Arizona Ace: How Zac Gallen Has Put Together a Historic Scoreless Streak | The Analyst 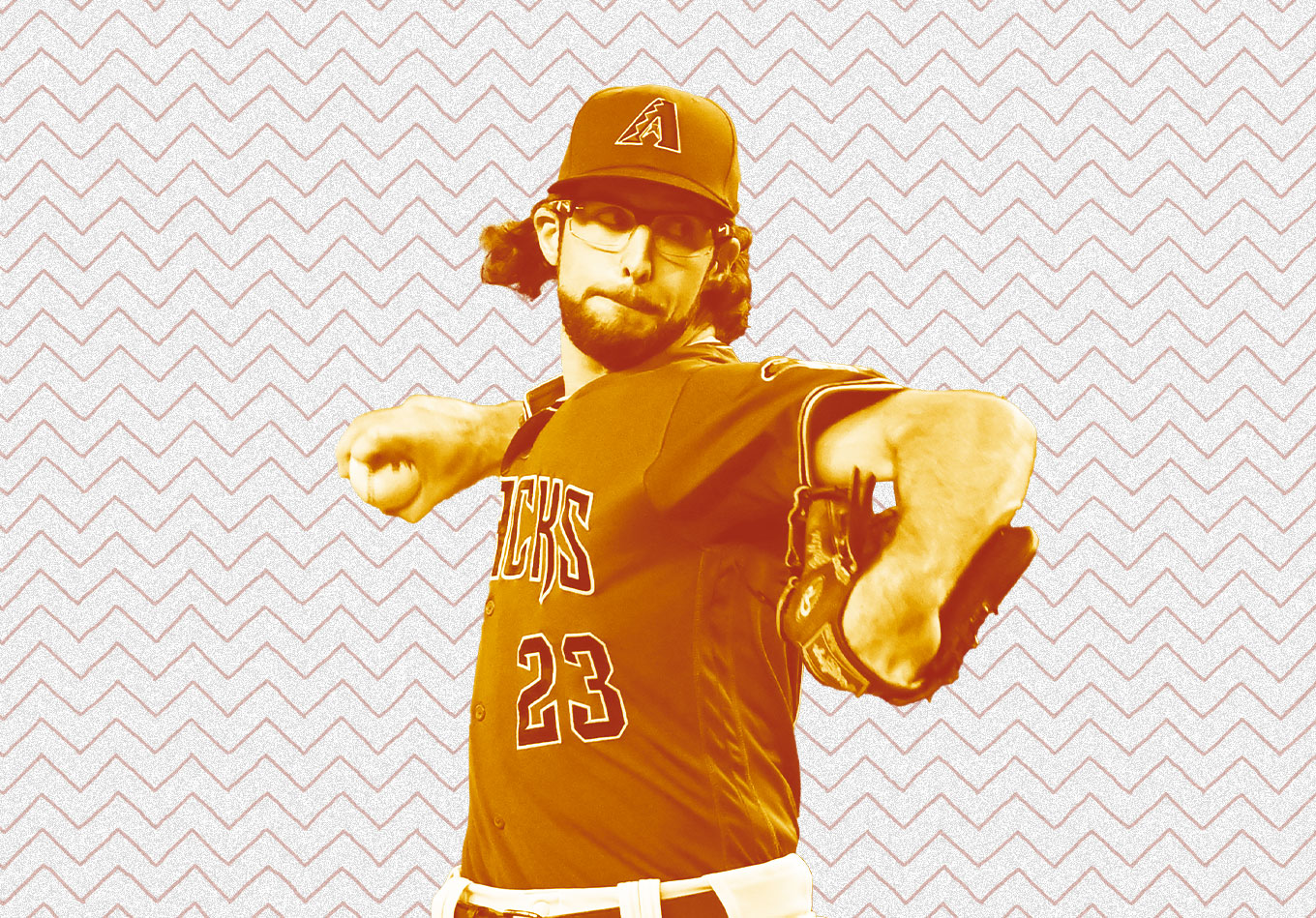 Arizona Ace: How Zac Gallen Has Put Together a Historic Scoreless Streak

Zac Gallen is the talk of MLB because he has thrown 41.1 consecutive scoreless innings. Take a second to digest that, and truly understand the dimension of that achievement.

The Arizona Diamondbacks right-hander has the fourth longest scoreless streak since the raising of the mound in 1969, moving within 17.2 innings of Orel Hershiser’s legendary record. He hasn’t allowed any earned runs in his last six starts, and is two of outs away from the D-Backs’ franchise record held by former great Brandon Webb (2007).

Gallen has a rock-solid 1.47 FIP, an 8/46 BB/K ratio, and has only allowed 16 hits during his streak, which is in jeopardy when he’s scheduled to toe the rubber in Colorado on Sunday. The fourth-year pro, however, has a 1.67 ERA over his last four starts at Coors Field and has blanked the Rockies over seven innings in two of his last three there.

He’s in the spotlight because of his recent run, but the truth is that Gallen has been excellent all year long. His 2.42 ERA in 152.2 innings is validated by a strong 3.17 FIP, and with 4.0 pitching WAR, he’s smashing his previous high of 1.9.

At 94.1 mph, Gallen is throwing harder without losing control or command. He’s not striking out as many people as he did in the past, but his 25.6% strikeout rate is still very healthy.

Much of his success can and should be attributed to cutting down the bases on balls: his 6.7% walk rate is, by far, the best of his career, and a significant improvement from the 9.4% he posted last season. He has always had good command and control, but fewer walks equal to fewer baserunners – and that’s excellent.

His 58 ERA- is absolutely elite, as his .549 opponent OPS and .293 opponent slugging percentage that both rank third in the majors. He’s been making hitters look like glove-first backup middle infielders.

How is he doing this? How has he become a pitcher capable of completely shutting down six different offenses in a row since early August? Well, as previously stated, he is very good at throwing a baseball exactly where he aims to throw it, but his stuff is also good, effective and functional.

However, the rest of his repertoire is also very good. Gallen used to throw a slider more early in his career, but over time he’s leaned more on an effective cutter that induces a lot of weak contact.

But Gallen takes a slightly different approach against right-handed batters. He increases the usage of his four-seamer to 53.4%, while throwing 21.0% curves and mixing in his slider a bit more (6.5%). He uses the changeup 11.2% of the time and the cutter 7.7%.

Since he has several weapons, it’s hard for hitters to decipher Gallen.

Command Is the Key

The budding star has shown that he can succeed without an overwhelming number of whiffs. In fact, he’s below the league average in the category.

Gallen’s profile teaches us a lesson. We tend to believe that the only pitchers who can be great in the major leagues are those with above-average whiff rates, but that’s not necessarily true. While a high number of swings and misses does put pitchers in a position to succeed, command artists can be good, too.

Just look at Gallen. According to whiff+, a metric that can give a closer look at a pitcher’s stuff by determining the rate at which he generates swings and misses, he has been below average both in 2021 (85) and 2022 (88). He was average, with a 100 whiff+, in 2020. Gallen owns MLB’s eighth-best ERA (3.08 in 426.0 career innings) since he entered the league in 2019, so you can bet he’s been successful despite those less than impressive whiff numbers.

How is he so good then? Because he has a plan and is able to execute it more times than not. Command+ tries to analyze a pitcher’s intent and how good he is at achieving what he wanted to do with his pitch. Gallen’s 115 command+ is not only comfortably above the league-average mark of 100, but it’s also sixth in MLB among qualified starters. Elite.

A pitcher needs to fool, trick, deceive and confound. Gallen can do that because he has good stuff, but great command. He can confidently attack hitters with a fastball up in the zone (he ranks in the 90th percentile in fastball spin and generates good extension, being in the 75th percentile), he can change speeds and visual planes, his curveball has a 127 whiff+ and is a true swing-and-miss weapon, and he can throw all pitches for strikes in every zone quadrant.

In short, he’s a true pitcher, and definitely not a thrower. He is also smart: If he senses danger, he’s not afraid to give up a walk instead of leaving a pitch in a zone where it can be punished by the hitter just for the sake of not putting people on base.

Despite his low whiffs output, Gallen grades out well when we examine the whole package: throwing quality strikes, avoiding mistake pitches, and forcing hitters into making weak or less-than-ideal contact. Raw value, or RV-, examine hurlers’ performance on a per-pitch basis and is a useful, all-inclusive tool to evaluate pitching success.

For RV-, 100 is average and lower is better for pitchers. Gallen ranks 22nd in MLB with a solid 85, ahead of some high-profile guys likes Shane Bieber, Robbie Ray, Triston McKenzie, Kyle Wright, Charlie Morton, Pablo Lopez and Adam Wainwright.

All things considered, it’s pretty clear that Gallen is achieving most of what he wants to do on the mound. Command artists can also be aces, even if their stuff is not what you consider “overpowering.”