TRACR's College Football Rankings and Predictions for Week 2 | The Analyst 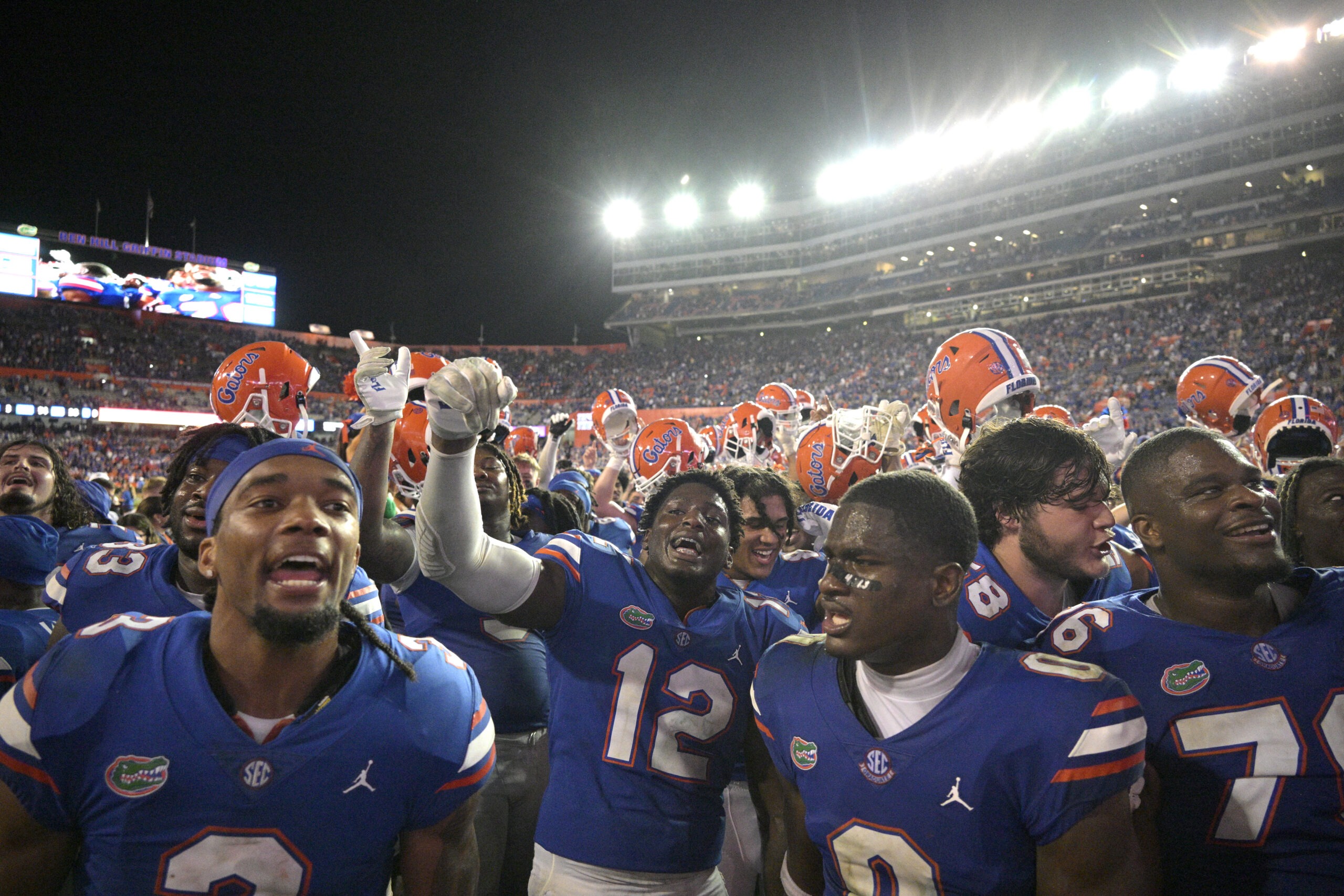 Wasn’t last Saturday great? How many of you turned on your TVs at the start of the first games and stayed up to watch Hawaii and Western Kentucky?

From Iowa putting up seven points with two safeties and a field goal to Appalachian State and North Carolina combining for 124 points, we really did see it all. No breaks were necessary – the whole day was exciting.

After a week, we have at least scratched the surface on how good some teams might be. One week, however, is not enough to judge a team’s true talent. That’s why the games this weekend will be just as important – and exciting.

How does TRACR view this week? TRACR (Team Rating Adjusted for Conference and Roster) is a net efficiency metric that evaluates how well a team performs based on who they play. The model, which is trained on over 10 years of college football data, rewards big wins over good teams and punishes losses to bad ones or even wins that were closer than expected.

Only one game is in the books for most teams, and although we saw how good some teams are, one game for most teams will not tell the tale for how the season will end. This is especially true for teams that blew out FCS opponents. TRACR incorporates these games but still relies on the preseason ranking to assure that one game does not skew a team’s true talent.

There is a reason why TRACR ranked Georgia (No. 1 in TRACR) as the top team in the preseason, despite many picking Alabama (No. 2) as the preseason favorite. The reigning champions showed no mercy against Oregon (33rd) in their opener, reaching the end zone on each of their first seven possessions.

Stetson Bennett completed 25 of 31 passes for 368 yards, while the defense swallowed up Bo Nix. As I stated on College Football Data Day – the TRACR data pointed to a blowout.

The Crimson Tide had a near-perfect game against reigning Mountain West champion Utah State (93rd), but the Bulldogs secured the No. 1 spot by taking out the Ducks in a dominant fashion.

Perhaps the biggest game of last week was Florida (27th) beating AP No. 7 Utah (No. 8) at home. While the Gators beat a team that TRACR rates highly, they did not shoot up as much as they did in the AP Poll. Florida went from unranked last week to No. 12 this week, just ahead of Utah. Perhaps the Gators are as good as the AP says, but TRACR is not so sure.

This week’s meeting against Kentucky (20th) might change that. For now, however, the Gators are still projected for about seven wins on the season. It’s tough in the SEC!

TRACR favors Florida this week, but with only a 52.5% chance. The home-field advantage will be a big factor, just like it was in Week 1. This should be one of the weekend’s best games.

Let’s look at some of the other key matchups and see what TRACR says:

Is this the game in which Texas comes back to the national stage? TRACR likes the unranked Longhorns more than almost anyone else, coming in as the 12th-best team in the FBS. Even with a home-field advantage, Alabama is still the heavy favorite. The Crimson Tide is a 20-point favorite – this game may be close at first, but it could get out of hand fast.

Pittsburgh may be ranked higher in the AP Poll, but TRACR considers Tennessee as a top-15 team. The Panthers beat West Virginia (41st) 38-31, but no doubt TRACR would have given them more credit had they beaten a team they were favored against by more than a touchdown. The Volunteers crushed Ball State (105th) last week, so this will be the team’s first test.

Having a home-field advantage will help Pittsburgh significantly – can Tennessee block out the noise and get a key road win? All signs points to yes, according to our model. A win for the Volunteers could set up an undefeated battle between them and Alabama in October, too.

If you look at TRACR, both teams could be a bit overrated compared to their AP Poll rankings. Still, this could be one of the closest games all week. BYU comes in after crushing USF (102nd) on the road and has won six of its last seven dating back to last season.

The Cougars’ last loss in the regular season, however, came at the hands of Baylor, which would go on to win the Big 12. That was the only meeting between the two teams since 1984. The key was the running game – Baylor rushed for 303 yards, while BYU rushed for just 67. The Bears rushed for 259 yards in their opener against Albany, and their strategy could remain the same.