TRACR's College Football Rankings and Predictions for Week 4 | The Analyst 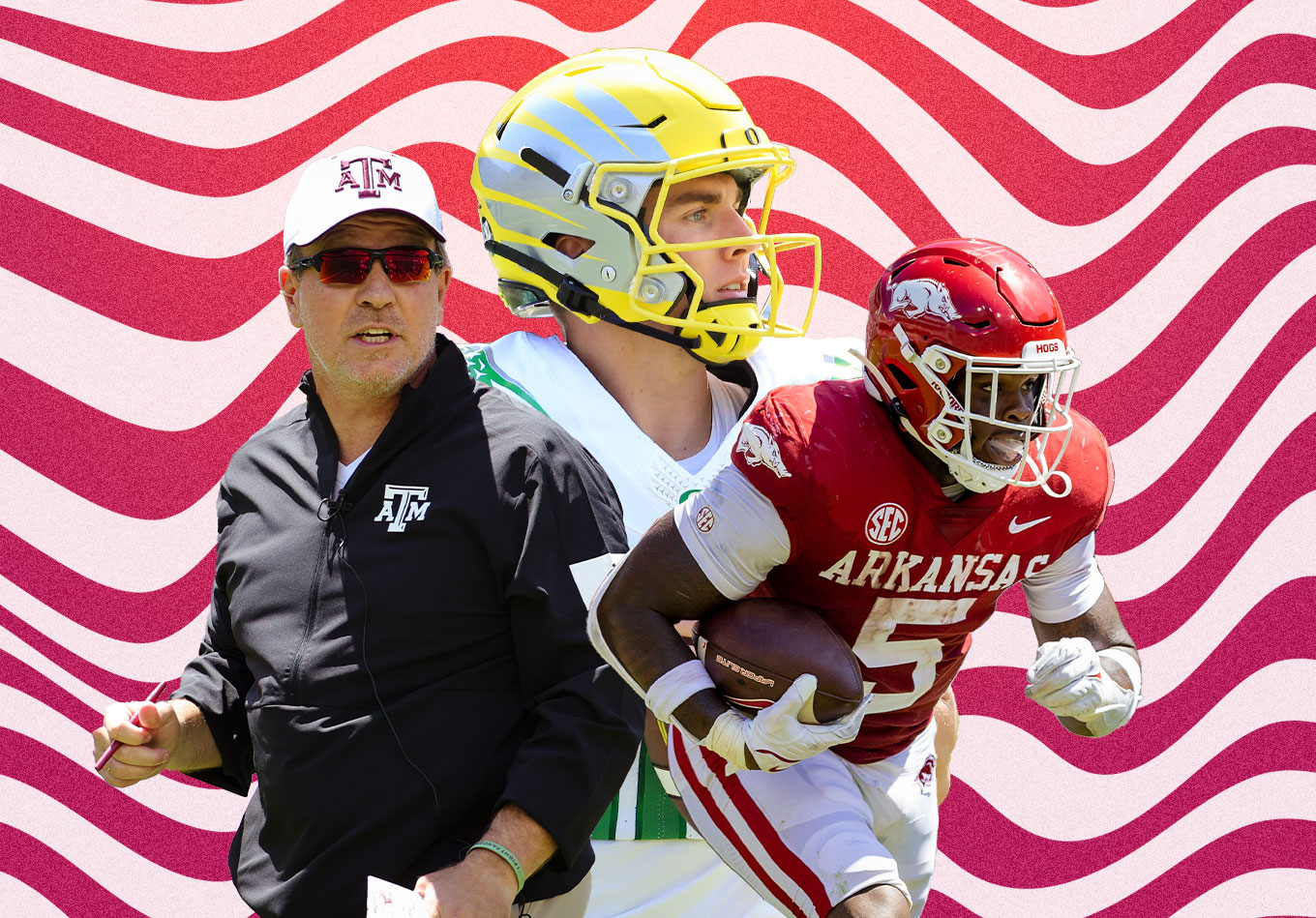 It is crazy to think that we are almost a month into the season already.

While some teams are still facing weaker teams from weaker conferences (oh no, Georgia versus Kent State), others begin conference play.

Will the Arkansas-Texas A&M game show an SEC capable of competing against Alabama and Georgia? Can Wisconsin surprise Ohio State on the road? Could the Pac-12 have some late-night magic with Oregon State upsetting USC, or even Arizona State defeating Utah? These questions may shape how a team, or even a conference, will fare for the rest of the season.

And we can see how every team projects to do this week and for the rest of the season using TRACR. TRACR (Team Rating Adjusted for Conference and Roster) is a net efficiency metric that evaluates how well a team performs based on who they play. The model, which is trained on over 10 years of college football data, rewards big wins over good teams and punishes losses to bad ones or even wins that are closer than expected.

We are just about four weeks in, which means that TRACR’s preseason predictions still factor in slightly to the ranking. Recall that some teams still have not played three games against FBS opponents, and two games versus FBS opponents is not enough to evaluate a team’s true strength. That is why this week is interesting – teams that will play their fourth FBS opponent this week will no longer rely on the preseason calculation.

Some teams have already outperformed their preseason projection. A good example of that is Minnesota. The Golden Gophers were ranked 39th in the TRACR preseason rankings and were projected to finish at about 7-5. They are now ranked 17th.

This is because they have crushed their first three opponents, outscoring them a combined 149-17. While these three teams are not necessary quality opponents – New Mexico State (130th in TRACR out of 131), Western Illinois (FCS school) and Colorado (117th) – Minnesota was able to win all three games handily. Recall that TRACR punishes teams that beat weak opponents by only a little – the Gophers routed each one and thus bumped up.

Minnesota heads to East Lansing to play Michigan State (34th). While both teams are unranked, TRACR finds this game as one of the best ones all Saturday. The Spartans are coming off a poor performance at Washington (39th) while the Gophers face their first test. TRACR slightly favors the Gophers to pull off a road win at 55.8 percent.

Let’s look at some of the rest of Saturday’s top games and how TRACR views them:

TRACR still loves the Aggies despite the home loss to Appalachian State. The defense held Miami (32nd) to three field goals last week despite the Hurricanes putting up 392 total yards. The offense still has questions, but there were positives. Devon Achane had a season-high in rushing yards (88) and caught four passes for 42 yards, including a 25-yard score. Perhaps he is Jimbo Fisher’s answer on offense.

While Max Johnson completed only 10 passes for 140 yards against Miami, he now comes in facing an Arkansas squad that has allowed an average of 352.7 pass yards this season. That ranks dead last in the FBS. This could be the game for the Aggies where they can find a passing game and boost the offense.

It will be interesting to see how the Aggies can handle Raheim Sanders, who has rushed for over 100 yards in all three of his games this season. His 440 rush yards on the year ranks fourth in the FBS and 1st among all players not in the Big Ten. Arkansas has rushed for over 200 yards in four straight games dating back to the Outback Bowl against Penn State.

Like it was against Miami, the 12th man will be a big factor.

College GameDay coming to Knoxville is questionable. In addition to the amount of higher quality games this week, it seems peculiar that the spotlight would be on two SEC teams projected to finish in the middle of the pack in the SEC.

Florida was able to hold on to beat Utah (No. 9) to open the season but proceeded to lose at home to Kentucky (20th) and barely escape with a win against South Florida (101st). Anthony Richardson has thrown zero touchdown passes and four picks. The Gators’ have four running backs with over 100 yards, but the Volunteers have allowed 83.3 rush yards per game.

This game looks interesting with two ranked SEC teams, but TRACR finds this one as a heavy favorite for Tennessee. But I will say this to the Gators as Seymour Skinner would say about children’s futures: prove me wrong, kids!

It has been three games, and yet Oregon has already gone through a lot this season. After the bloodbath against Georgia, the Ducks killed Eastern Washington by putting up 70 points, then easily handled BYU (66th) at home. Since throwing two picks against Georgia, Bo Nix has had a 7-0 TD/INT ratio. He also rushed for three touchdowns against BYU. The Ducks also held a BYU team that had 314 rush yards to USF in its first game to just 61 yards on the ground.

Despite these improvements, TRACR smells an upset. Washington State is 3-0 and has not started a season at 4-0 only once in the last 20 years (2017). The Cougars escaped with a win at Wisconsin while trouncing Colorado State last week. They have allowed 91 rush yards per game and have forced multiple turnovers in all three of their games.

While TRACR still had the Ducks as favorites, it is only slightly. There’s a chance that the Cougars could get two wins over ranked opponents this season after losing their previous seven such games.

Clemson came into this season ranked sixth in the TRACR preseason mostly because of its reputation on defense. Last season, the Tigers allowed just 14.8 points per game, second in the FBS behind Georgia (10.2). They are allowing 14.0 points per game this season, but admittedly have played against weaker teams.

Anything might go with this defense. Clemson held Louisiana Tech to just six rushing yards last week, but also allowed 311 pass yards. Wake Forest comes into this game averaging 306.3 pass yards per game, and last week had just 21 rush yards in a one-point win against Liberty (74th), a game that was almost lost had it not been for a failed two-point conversion by the Flames at the end of the game.

This is like the Oregon-Washington State game in that an upset could be brewing. TRACR likes Clemson slightly more than Oregon, mostly because of the way Wake Forest played last week against Liberty. It is going to be a toss-up.