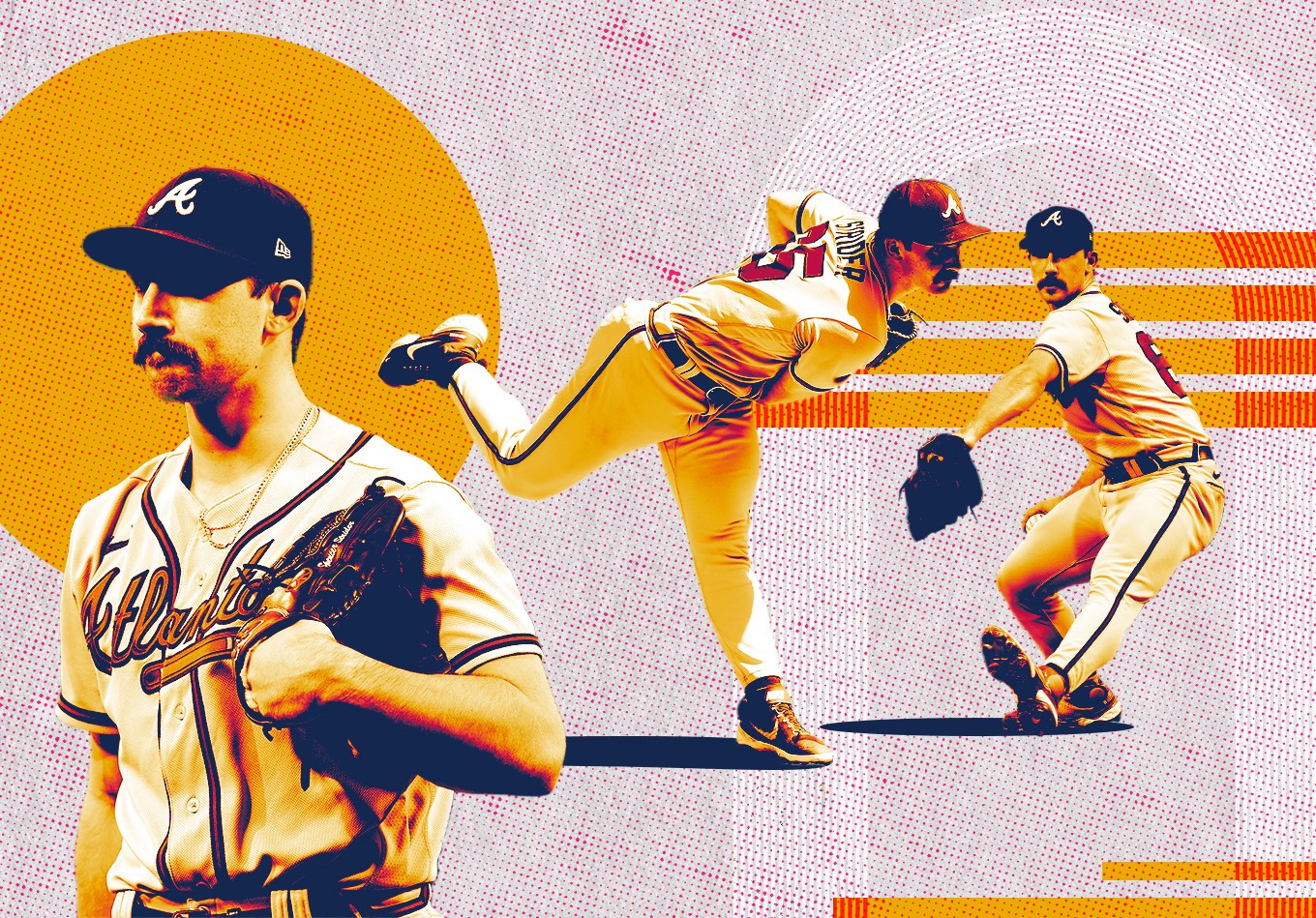 The Atlanta Braves are a formidable baseball club.

Even after losing Freddie Freeman, the heart and soul of the franchise for the last decade, they look like a better version of the team that shocked the Los Angeles Dodgers and the Houston Astros en route to the World Series title last year.

A lot of that has to do with their incredible ability to develop players from their system. Michael Harris II is a star with the glove and the bat, and Vaughn Grissom looks like an everyday player, too. However, the most impressive of the bunch might very well be starting pitcher Spencer Strider.

Strider, the leading candidate to win the NL Rookie of the Year Award, is breathtakingly dominant at 23 years old. He’s perhaps the league’s premier strikeout artist just two years after being drafted by the Braves in the fourth round out of Clemson, where he became known as “The Mustache Man.”

Strider started the year in the Braves’ bullpen before joining the rotation in May. He has been excellent in every role with a 2.67 ERA in 131.2 innings. He ranks fourth in the National League with 202 strikeouts, but his 13.81 Ks per nine innings are, by far, the best among starters with at least 100 frames. An incredible 1.90 FIP validates his success, too.

Simply put, Strider is a master of the whiff. If we analyze his ability to get swings and misses by using whiff+, we find out that he is truly elite. Whiff+ examines a pitcher’s ability to dominate by generating swings and misses with his stuff. It’s a rate stat, and 100 is considered a league average whiff+.

Strider has a 151 whiff+ entering Tuesday’s action. Jacob deGrom (179) and Andrew Heaney (161) are the only starters with a higher mark, though both have pitched significantly fewer innings than the Braves’ budding ace. In fact, among pitchers with at least 70 innings, Strider is No. 1 in the majors.

Strider’s ability to miss bats is the foundation of his success, but other metrics also suggest he’s good at the art of earning strikes and has acceptable command for his power stuff. Strike+ analyzes a pitcher’s ability to get both called and swinging strikes, and like whiff+, 100 is average and higher is better. The Braves’ rookie sensation has a great 116 strike+, ranking fifth in baseball behind Shane McClanahan (121), Corbin Burnes (118), Aaron Ashby (117) and Gerrit Cole (116).

Though Strider has a 95 command+ (below league average), it’s a solid mark for a power pitcher with the kind of movement he has in his repertoire. So you can say raw value evaluates a pitcher’s ability to get whiffs, earn called strikes, generate weak contact, avoid mistakes and show good command all in one number because it examines everything that happens in an at-bat; each and every pitch.

For pitchers, total raw value is a cumulative stat, and RV- is a rate stat: in both cases, fewer is better. Strider’s minus-34.6 total raw value leads MLB, and his 45 RV- also tops the league among those with at least 70 innings. On a per-pitch basis, the Braves have the best starter in baseball.

Let’s analyze his stuff. It’s surprising, to say the least, that Strider is getting so many whiffs and so much success by throwing just two pitches for the most part.

MLB starters are advised to have at least three average or above-average pitches to avoid hitters “figuring them out.” Strider, however, has thrown 131.2 innings and hitters don’t stand a chance: He’s 8-3 with a 2.25 ERA and 130 strikeouts in 84 innings over his 15 starts since June 26. Over that span, he ranks first in strikeouts and seventh in ERA in MLB.

Strider sits in the high-90s with his four seam fastball, often touching 100 mph and even reaching 102 on occasion. He has very good command of the pitch, and throws it 66.9% of the time. The heater is still the most important pitch in the game of baseball, and Strider’s is absolutely elite: it has a 60 RV-. Remember: 100 is average, and fewer is better for hurlers and specific pitches.

The slider is his second-favorite pitch, as he throws it 28.1% of the time. With a 5 RV-, it’s absolutely incredible results-wise, and it looks even better in real life.

He uses in the next clip to get Sean Bouchard of the Colorado Rockies for strikeout No. 16, setting a Braves franchise record on Sept. 1.

Now, let’s talk about his changeup. With a 5.0% usage, it’s by far his least favorite offering.

However, the numbers indicate that it’s not a bad pitch. Though it is a small sample size, it has an above-average 74 RV-, and generates some swings and misses (110 whiff+) and strikes (99 strike+).

If he improves his command of the pitch (70 command+), he could use it more and unlock a whole new level of dominance.

The right-hander mixes in his changeup against lefties (8.9%), but he rarely throws the pitch against righties.

He throws his four-seamer 67.4% of the time against lefties when he has them at two strikes, using his slider 24.0% of the time and his changeup 8.6% of the time. The fastballs are mostly aimed up in the zone, while the sliders are down or down and in and the changeups low and away.

His fastball-slider combo is death to righties. He uses the heater 63.2% of the time and the slider 36.0% of the time against hitters of his own hand, and so far, he has held them to a meager .492 OPS. With two strikes, he’s 58.8% four-seamer, 40.4% slider, throwing only three changeups to so far in that situation. The fastballs are intended to be either high and away or low and away for the most part, and the sliders are aimed down and away and out of the zone like God intended.

Strider will probably need to develop his changeup or come up with another third pitch if he wants to keep dominating to this extent. Yes, his fastball-slider combo is nasty, but so was Chris Archer’s in the mid-2010s when he struck out 245 hitters per season on a three-year sample from 2014-16. Injuries and a lack of a quality third offering derailed his career after that.

We are not saying Strider is the second coming of Archer, for better or for worse. We are saying that his ceiling would be much higher if he added a more consistent third weapon.

For now, though, his recent performance indicates that MLB hitters are not about to figure him out. He continues to toy with batters, and gives the Braves an elite playoff rotation together with Charlie Morton, Max Fried and Kyle Wright.

Even with just three pitches, he is the real deal. 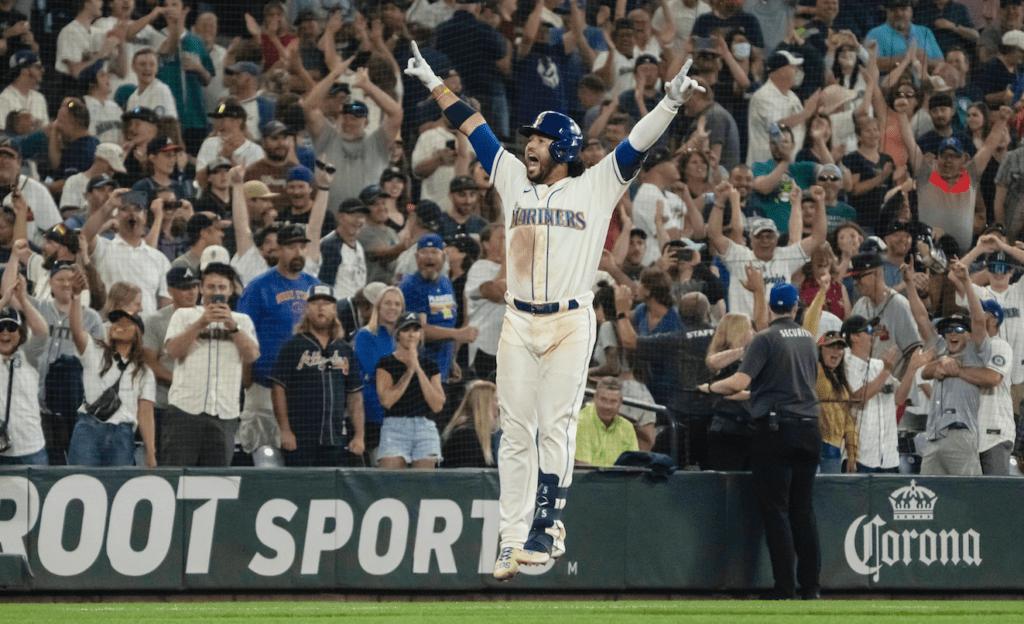