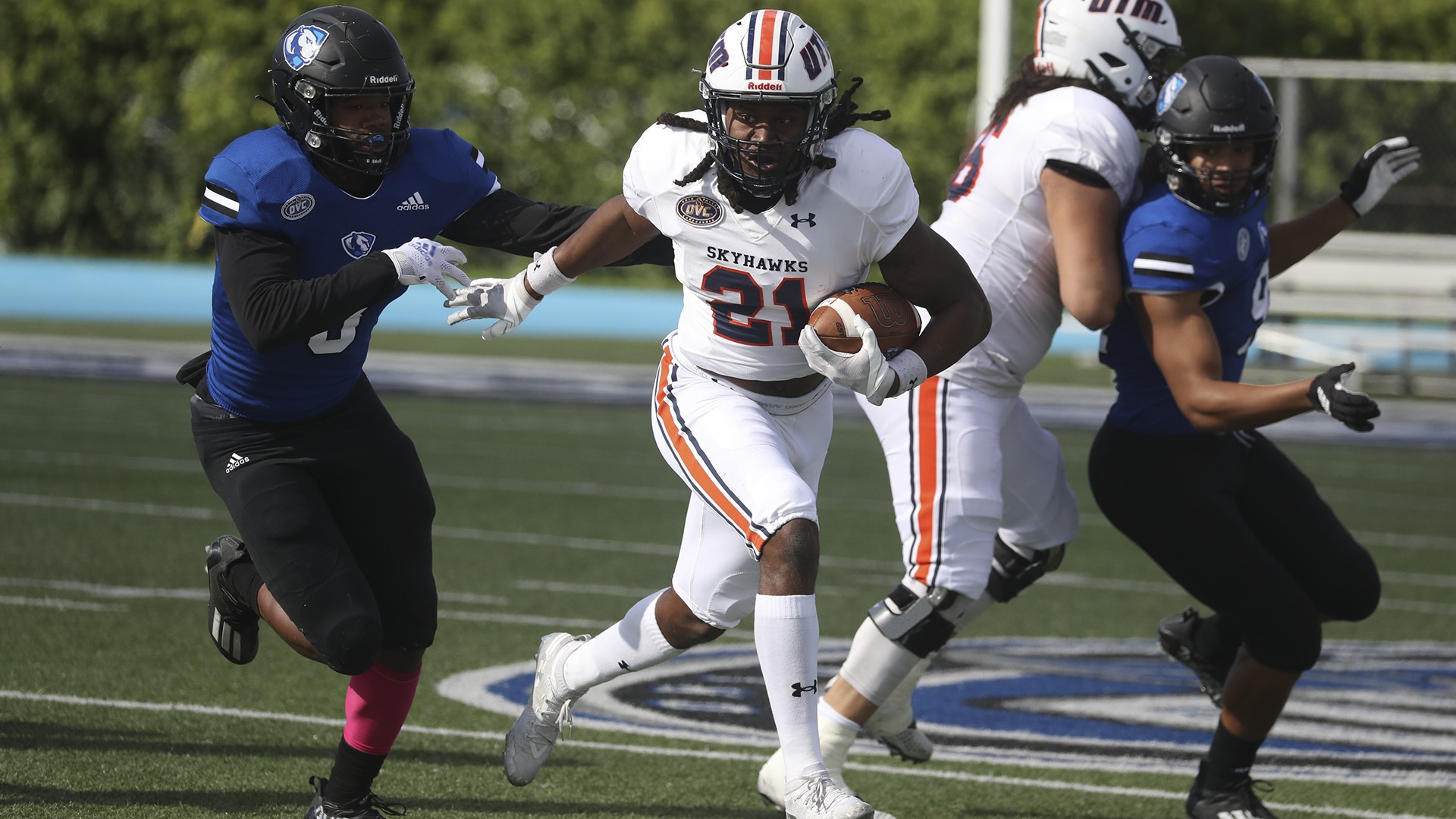 The membership in the Ohio Valley Conference has been undergoing change, but its teams keep finding ways to sneak up the opposition.

Last year, OVC champ UT Martin was the team to win on the road in eight FCS first-round playoff games. The Skyhawks’ first-ever playoff win made the OVC one of just three FCS conferences (also CAA and Missouri Valley) to have at least six different programs collect a playoff win since 2013.

This fall, the OVC is celebrating its 75th anniversary season, and while there doesn’t appear to be a great team, there are some good ones that figure to create a competitive title race.

Five of the seven teams return a running back who had at least 800 yards last season, and the quarterbacks across the OVC appear to be stronger than a year ago.

Lindenwood joined the conference in February after many schedules were in place, so the reconfiguring resulted in the OVC giving only five league games instead of six to all teams except Lindenwood, which has four. The key missing matchup is UT Martin versus Southeast Missouri.

Here’s a quick look at the upcoming OVC season:

1. *UT Martin (2021: 10-3, 5-1; preseason No. 18 ranking) – The Skyhawks’ playoff win at Missouri State was coach Jason Simpson’s 100th career victory. Standout defensive end Eyabi Anoma made a late-summer transfer, but linebacker John H. Ford II and safety Deven Sims are likely the best duo in the conference. There are two good options at quarterback in Dresser Winn and Georgia State transfer Cornelius Brown, and whoever’s behind center will want to get the ball to running back Zak Wallace (807 yards, OVC-high 15 touchdowns).

2. Murray State (6-5, 3-3) – This is the Racers’ final OVC season before a move into the Missouri Valley Conference. The offense is run-oriented with the 1-2 punch of running back Damonta Witherspoon (912 yards, eight touchdowns) and quarterback DJ Williams, who became the starter shortly before midseason and earned OVC freshman of the year. Aaron Baum boomed an FCS-best 58-yard field goal in the season finale.

3. Southeast Missouri (4-7, 4-2) – No FCS team was more efficient in an opponent’s red zone last season than the Redhawks – a perfect 33-for-33 in scoring a touchdown or field goal. The excellence had a lot to do with running back Geno Hess, the OVC leader in rushing yards per game (111.6) and points per game (8.4). Inside linebacker Bryce Norman led SEMO with 66 tackles as a true freshman.

4. Tennessee State (5-6, 3-3) – In the pandemic-delayed 2020 campaign that was played the following spring semester, the OVC freshman of the year award was split between running back Devon Starling and then-Austin Peay quarterback Draylen Ellis, and they’re now teammates in the Tigers’ backfield. Starling has 1,780 yards from scrimmage in 18 career games, while Ellis has transferred in with 3,896 yards and 33 TDs through the air in 16 games.

6. Eastern Illinois (1-10, 1-5) – Former EIU player and assistant coach Chris Wilkerson, who was 51-27 in nine seasons as the University of Chicago’s coach, is back to rebuild the storied, but now struggling program (a 3-26 record in the last three seasons). The defense ranked second in the OVC last season and returns safety Jordan Vincent (60 tackles) and defensive linemen Tim Varga (46 tackles, four sacks) and Jordan Miles (38 tackles, 11 tackles for loss, four sacks).

7. Lindenwood (9-3 Division II) – The Lions ended their stay in Division II with a second consecutive playoff appearance. Among their key returnees are quarterback Cade Brister, the Great Lakes Valley Conference’s 2019 offensive player of the year; running back Robert Giaimo, the 2021 freshman of the year; and Spencer Redd, the 2021 special teams player of the year. While they’re eligible for the OVC title, they are not playoff-eligible.

(A look back at OVC Football Media Day)

Matthan Hatchie, C, UT Martin – The OVC’s best player may be a center. The Hawaii native racked up 101 knockdowns, allowed only one sack in 362 pass attempts and anchored an offensive line that helped produce a school-record 30 rushing touchdowns.

Devon Starling, RB, Tennessee State – The Tigers haven’t lost a game when Starling gets at least 20 carries (a 5-0 record), and everybody knows coach Eddie George wants his offense to pound the rock.

DJ Williams, QB, Murray State – Although not an elite passer, Williams will befuddle a defense by extending plays with his feet – he had at least 75 rushing yards in five of the last six games.

UT Martin at Murray State (Oct. 8) – The Racers are 7-2 at home under coach Dean Hood. This is a must-have win if they are going to make their first playoff appearance since 2002.

Murray State at Southeast Missouri (Nov. 19) – UT Martin surely will be in the title mix on the final day of the OVC regular season, so both of these teams have only one option here – a victory.

At least one OVC team has an FBS win in seven of the last 11 seasons.

The conference has eight FBS matchups this season:

In February, the OVC and the Big South Conference announced a four-year partnership, beginning in 2023, to aid in scheduling and the NCAA’s postseason qualification standard.