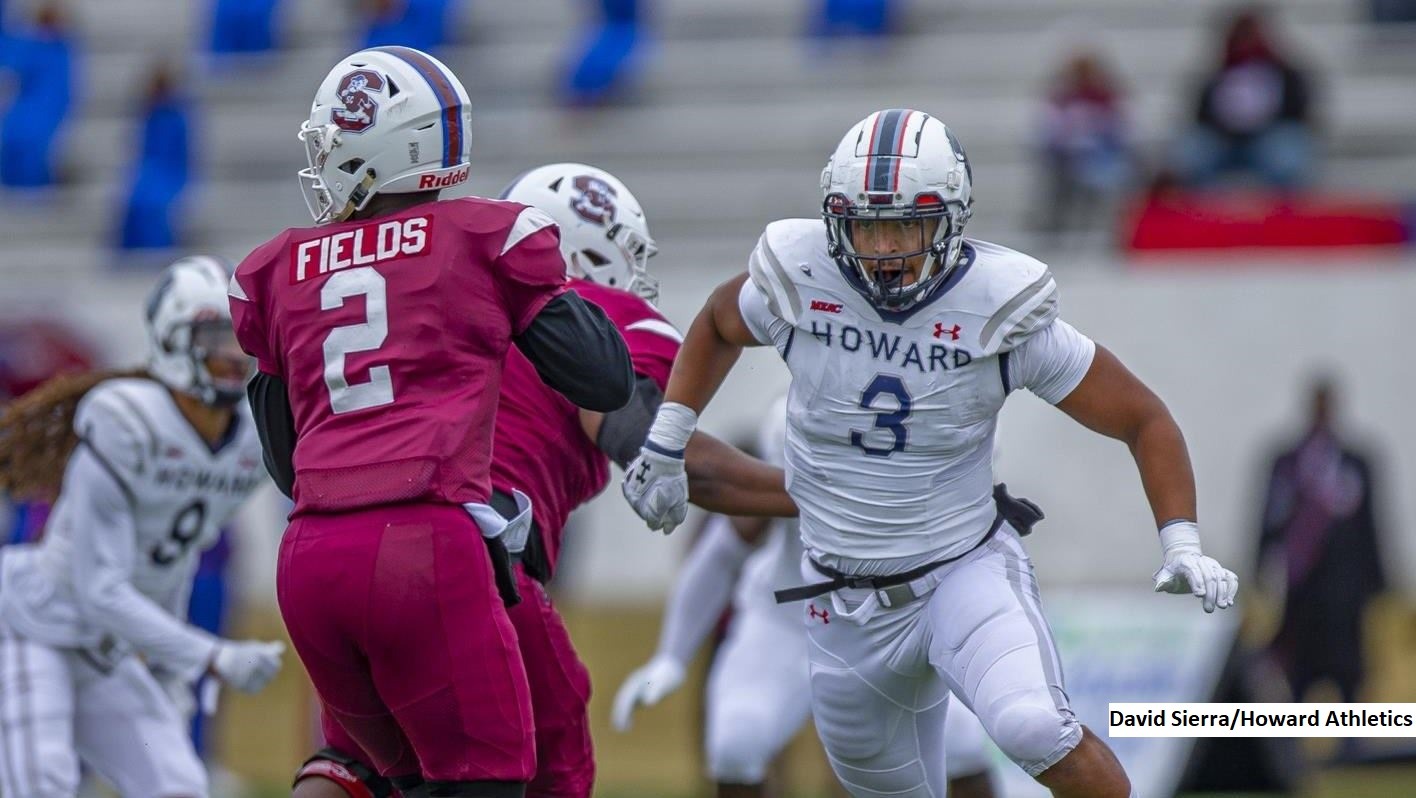 While battling membership losses, the Mid-Eastern Athletic Conference schools reaffirmed their commitment to each other and later unveiled a five-year strategic and long-range plan with separate announcements this offseason.

Nothing speaks louder for their football programs than continued success against the Southwestern Athletic Conference, the other FCS conference of HBCUs. Last year’s sweep of the season-opening MEAC-SWAC Challenge and sending-ending Celebration Bowl lifted the MEAC to 11-4 and 5-1, respectively, in those big matchups.

The MEAC has gone from having 11 football programs in 2018 to just six beginning last year, so there’s work to be done with membership. But behind defending champion South Carolina State, the conference seeks to keep impressing on the field.

Here’s a quick look at the upcoming MEAC season:

1. South Carolina State (7-5, 5-0 MEAC) – Corey Fields Jr. has been the starting quarterback since 2019 and gets back his key offensive weapons in wide receiver Shaq Davis (18 touchdown receptions in 25 career games) and running back Kendall Flowers. Cornerback Decobie Durant is off to the NFL, but the defense boasts linebacker B.J. Davis (team-high 76 tackles) and bookends up front in Jeblonski Green and Patrick Godbolt. Coach Buddy Pough enters his 21st season seven wins shy of 150. (SCSU collects preseason Top 25 votes)

3. Norfolk State (6-5, 2-3) – Eastern Illinois transfer Otto Kuhns is in the quarterback mix as the offense seeks to replace four-year starter Juwan Carter (9,271 passing yards, 70 TDs in career). The Spartans will rely on MEAC preseason offensive player of the year J.J. Davis, who averaged 7.2 yards per carry while rushing for 887 yards and 10 touchdowns. In a conference that prides itself on offensive linemen, center Colby Byrd was a three-time recipient of its weekly award.

5. Howard (2-8, 1-4) – The MEAC-SWAC Challenge against Alabama State on Aug. 27 is a great way for the Bison to show off what should be a much-improved team. Quarterback Quinton Williams won’t lack for offensive options, including an Antoine Murray-led receivers unit and running back Jarrett Hunter (573 yards). The Bison have only three home games, and only two are on campus.

6. Morgan State (2-9, 1-4) – It’s not a good sign for first-year coach Damon Wilson (13 seasons guiding Bowie State) that safety Jae’Veyon Morton (63 tackles, eight passes defended) was the Bears’ only selection (a first-teamer) on the 50-member MEAC preseason squad. Perhaps overlooked was Alfonzo Graham, a strong all-purpose threat. At least the returnees ended well after an 0-8 start last season with wins over Delaware State and Georgetown in November.

(A look back at MEAC Football Media Day)

J.J. Davis, RB, Norfolk State – The MEAC’s preseason offensive player of the year led the conference in rushing yards (887) and all-purpose yards per game (1,288) as a redshirt freshman.

Quinton Williams, QB, Howard – In an under-the-radar season, Williams ranked second in the MEAC in passing yards (2,353) and passing efficiency (137.0). He connected on 16 touchdown passes.

South Carolina State at North Carolina A&T (Sept. 24) – SCSU is the reigning Celebration Bowl champ, but N.C. A&T gave the MEAC its first four titles before making a move into the Big South, where the Aggies are the preseason favorite.

North Carolina Central at Norfolk State (Nov. 12) – Before the host Spartans end the regular season at South Carolina State, they are surely going to need to win this pivotal matchup.

The most recent win against an FBS opponent by a current MEAC member was a doozy – Howard topped UNLV 43-40 in 2017 with the largest point-spread upset (45.5 points) in college football history.

The MEAC schedule ended strong last season – seven of the final nine conference games were decided by seven or fewer points, and one of the exceptions had a three-point difference until the final minute.