NBA Playoffs: Inside the Heat's Plan to Slow Trae Young and the Hawks | The Analyst 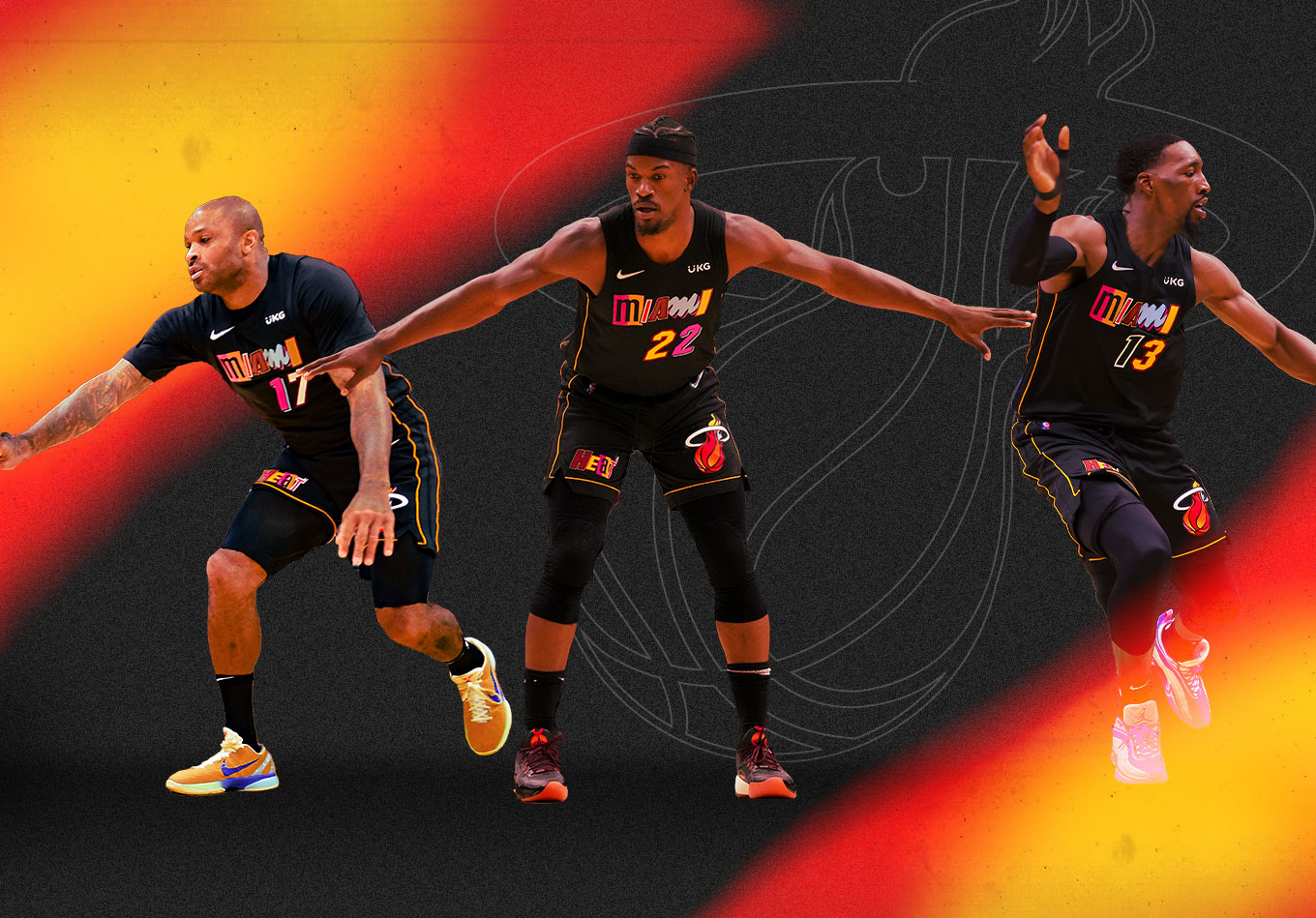 NBA Playoffs: Inside the Heat’s Plan to Slow Trae Young and the Hawks

The initial possession between the Atlanta Hawks and Miami Heat on Sunday laid the groundwork for Game 1.

As Trae Young patrolled along the right sideline, Onyeka Okongwu approached him and readied for a high pick-and-roll. But Okongwu was being guarded by Bam Adebayo, one of the NBA’s utmost defenders and the best switch-big in the league. Young knew about Miami’s ability to switch 1-5 and aimed to avoid bringing Adebayo into his orbit.

So, he waved off his second-year center and instructed Danillo Gallinari to set a screen, opting to instead dance against Max Strus. Yet P.J. Tucker shaded help, while Strus cut off Young’s driving angle, deterred a deep step-back triple and induced a late-clock lob that Okongwu couldn’t corral.

(Also, note Kyle Lowry and Tucker denying Young’s pass to Kevin Huerter on the exit screen to open the play.)

Young never stepped foot inside the arc. That first miss was one of Atlanta’s 46 on the day and the first of many hurried passes from Young, who is usually as precise and timely as they come. Roughly two hours later, Miami had trounced the Hawks 115-91.

The team that tied for the best offensive rating (114.0) during the regular season floundered to a 93.9 offensive rating. Young was held to eight points on 1-of-12 shooting and registered four assists to six turnovers. His eight points marked a season low and the second time all year he’d scored fewer than 10.

Miami’s primary motive was to eliminate Young’s driving angles, likely to curb the ripple effect of his paint touches, and it accomplished that objective. According to NBA.com, he tallied eight drives (17.3 in the regular season) and 10 potential assists (17.4). Dribble-drives were stymied and his facilitating suffered.

In keeping Young out of the key, the Heat were aggressive on their switches or traps and the pick-up point came well before the arc. Atlanta loves to run double drag to jet Young into the lane in early offense, but the Heat regularly combatted that action. Although, Clint Capela’s absence and John Collins coming off the bench hurt the Hawks significantly, given those two are usually the big men involved in double drag with Young.

Young is a dynamite player, but one who remains 6-foot-1, 165 pounds. Miami leveraged its size and physicality advantages to bother his downhill forays and extinguish his live dribble.

Whether it’s attacking in early offense or curling around screens near the nail or wing, he’s a master at using open real estate to his liking. Miami seemed to eliminate all of that and relegate him to a shooter. Its off-ball positioning and length further complicated matters by dissuading him from rifling passes when help ventured his direction. Pockets of space that often briefly arise when a team switches or helps were not discernible.

The second clip seems particularly hellacious for Young. His assignments flow from Jimmy Butler to P.J. Tucker to Bam Adebayo to Max Strus. By the time Strus, who’s a 6-foot-5, positionally sound and fairly mobile defender, is on him, Tucker is waiting in the lane, Adebayo lurks around the nail and Butler (who excels in the passing lanes) is roaming on the weak side against any potential skip passes.

Young connected on more than 37% of his pull-up 3s this season. He’s a highly effective off-the-bounce marksman, but his jumper is best wielded as a feature of his offensive portfolio, not the bedrock. By walling off the paint and cutting his driving volume in half, Miami’s defense forced the long ball to become his foundational component and one he began rushing later in the game when/if he discovered a sliver of space.

Miami was shrewd in pre-switching actions to limit Young’s chances to attack Duncan Robinson or Tyler Herro. Arguably Young’s best half-court possession stemmed from getting downhill with Robinson as his defender. Trying to exploit the clear edge Young has on those two moving forward is an important wrinkle that Atlanta has to prioritize.

Young’s wishes to avoid involving Adebayo in any set proved quite prudent. On the instances Adebayo did match up with the All-Star guard, the big man’s intersection of length, mobility and discipline tended to overwhelm Young.

Whether it was muddying passing lanes, closing off driving pathways or preventing him from finding room for step-back triples, Adebayo made Young quite uncomfortable. Adebayo is listed as questionable with a quad injury, but he’s assured reporters that he’ll play in Game 2.

Given the size disparity and the looming help if he did find a crease, Young’s margin for error was incredibly small against Adebayo, who dominated almost everyone defensively, not solely Young.

The problem is that alternatives to Adebayo aren’t rosy either. Tucker and Butler frustrated Young. Strus had his moments. While Lowry ceded dribble penetration once or twice, he also pickpocketed Young as well. At the point of attack, Lowry, Robinson and Herro are Young’s best options to target. But beating them means wading into the daunting sea of strength and length touted by everyone else.

Atlanta will play better. Sunday was its third game in five days, while Robinson and Gabe Vincent were the only members of Miami’s nine-man rotation who didn’t garner eight days of rest (they “only” had six).

Young won’t misfire on all seven of his triples again. If his 3s fall at expected rates, maybe it alters how Miami defends him and opens some driving lanes. His poor shooting performance never spurred the Heat to adjust their coverage and better respect his jumper.

Another 0-of-8 performance from Bogdan Bogdanovic is unlikely. Collins’ workload (21 minutes, 10 points, six shots) should increase as he shakes off the rust following a five-week hiatus.

Yet the manner in which Young’s downhill creation was muted is a glaring and replicable issue for the Hawks. He’s the figurehead of their offense and their elite nature is derived from his constant ability to ignite defenses into scramble mode.

Sunday was not entirely an outlier for him or the collective unit. In four regular-season contests against the Heat, he averaged 13 drives (17.3 overall) and Atlanta’s offensive rating fell from to 111.2. The results were more dire in Game 1, but the embers were set ablaze months prior.

If Young and the Hawks can’t answer the riddles of Miami’s defense, all of these numbers will soon be relics of a bygone season.