No Slowing the Tuck Wagon: How P.J. Tucker Is Improving at Age 36 | The Analyst 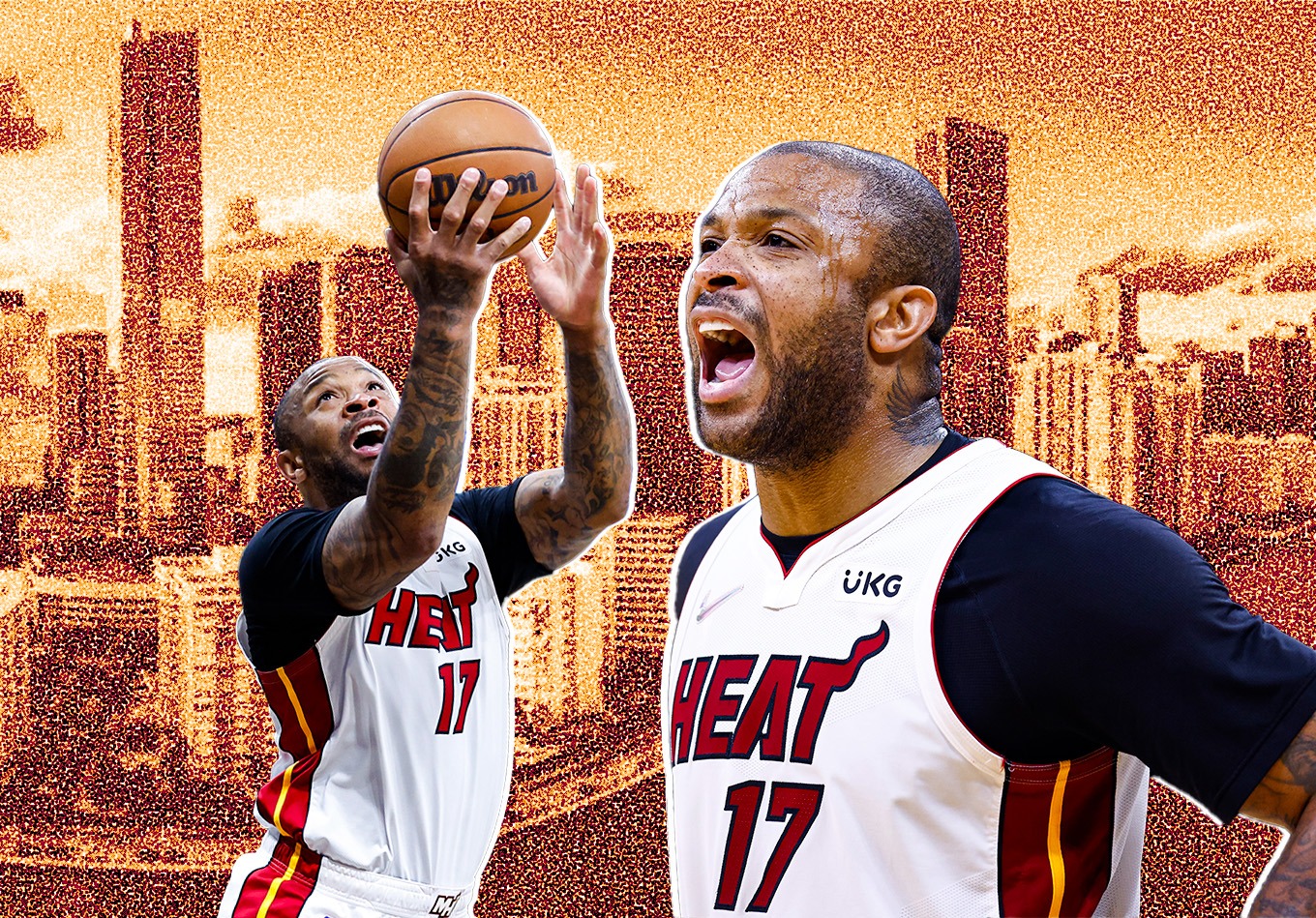 No Slowing the Tuck Wagon: How P.J. Tucker Is Improving at Age 36

And I’m not talking about the kind that lands you on GQ Magazine. I’m talking about our Daily-updating Rating of Individual Performance.

Based on his DELTA score (the difference in DRIP from the beginning of the season until now), Tucker ranks fourth in the entire league.

The only players ahead of him are NBA Most Improved Player candidates Ja Morant and Desmond Bane and everyone’s favorite rookie Herbert Jones.

Tucker is also the only player in the top 40 of this stat whose driver’s license reads over the age of 30. Heck, only four players in that group are even over 25 (Josh Hart, Kyle Kuzma, Gary Payton II and Trey Lyles).

So, what’s going on here?

Well, part of the reason is his defensive value is no longer being bogged down by the post-Harden motley crew iteration of the Houston Rockets (for whom he played 32 of his 52 games last season). In Miami, he has fit in seamlessly as the team’s resident isolation nuisance and occasional help-side rim protector in a switch-heavy scheme.

But most of the change our metric has picked up is actually occurring on offense.

After years of being relegated to corner specialist on the Helio-ball Rockets, Tucker has stepped into a role as a key cog in the Heat’s perpetual motion offense.

Akin to how Jordan Poole sometimes stunt doubles for Stephen Curry in the Golden State Warriors offense, Tucker has spent portions of this season masquerading as Bam Adebayo within the Heat system.

In this instance, he does so by filling in as the passing hub in post-split actions. For those unfamiliar with this set piece, it’s a common action that dates back to the Bill Walton era. How it typically works is a guard will screen for another guard on the perimeter, giving the big (in this case, Tucker) an opportunity to hit either the cutter on a dive cut or the shooter flaring out to the perimeter.

He’s also proven to be a reliable facilitator in dribble handoffs or the short roll. This season marks his best in terms of assist percentage (10.6%) and assist to turnover rate (2.26), and also represents his highest usage rate since 2015-16 (11.7%). For reference, that usage rate is higher than that of Atlanta Hawks point guard Delon Wright. Think about that.

Going back to those handoffs, also essential in the success of those actions is Tucker’s burly physique that consistently stonewalls defenders attempting to maneuver around him.

The decapitating nature of his frame makes him the weapon of choice for two-man games featuring movement shooter Duncan Robinson. As Heat writer Brady Hawk notes, the tandem coalesces well together in a variety of actions including, but not limited to, handoffs, hammer screens, and transition down-screens.

Like a Steven Adams-type, Tucker’s screening allows him to create advantageous situations for the offense, despite lacking the burst and dribbling skills traditionally associated with this practice.

Lastly, he’s scoring in different ways too. Don’t get it twisted, he’s still the corner sniper (41.4%) we remember from those Sisyphean Rockets’ teams. But now, he’s also letting it fly from short midrange or the paint. This year, he’s shooting career highs of 56.8% at the rim and 50.5% from midrange.

Analogous to a DeMar DeRozan (take a shot for every random player comparison in this article), most of these looks are coming from the short midrange.

Unlike DeRozan, who prefers to open up for these shots with a Jordan-esque scoring package of moves, Tucker transitions into these looks by cutting or rolling to the rim, where he can simply catch the ball and go straight into his float game.

He has tailed off a bit down the stretch, posting his worst shooting month in March.

But it’s amazing (and pretty inspiring) that someone who will turn 37 years old on May 5, with championship pedigree and seemingly nothing left to prove, is finding ways to expand his impact and grow within this Heat offense.

This growth, or resurgence, or whatever you want to call it, garners Tucker serious consideration for late-game postseason lineups.

And who knows, maybe in a few months, it will also garner him recognition as a defending, two-time NBA champion.