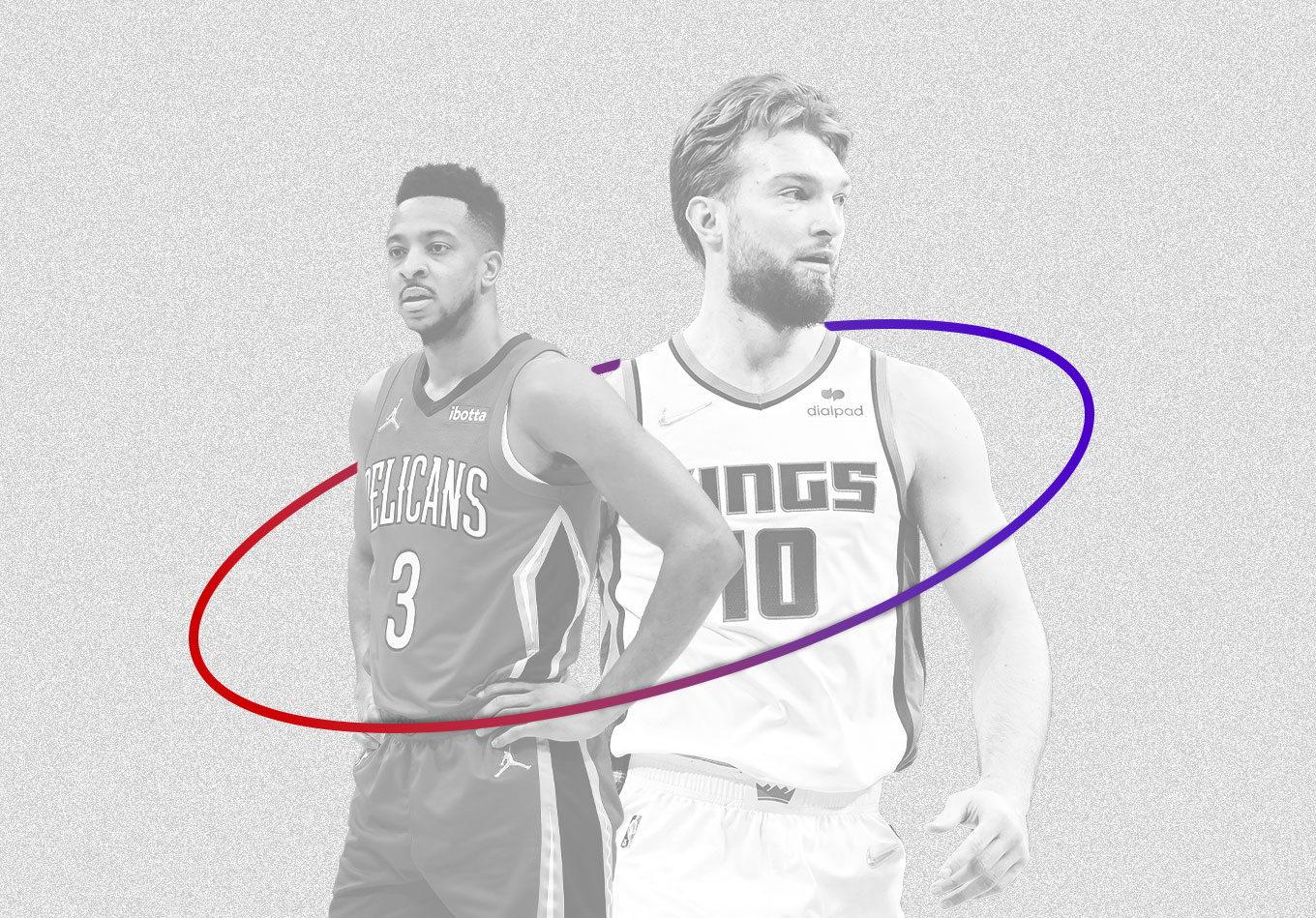 Smarter Than You Think: Why Win-Now Moves by the Kings and Pelicans Actually Make Sense

Sam Hinkie’s “Process” in Philadelphia did more than introduce a new blueprint for asset accumulation. It changed the way many of us analysts (no pun intended, I swear) view team building as a whole.

Gone was the standard that every front office should make moves to compete year in and year out. You either have the talent necessary to compete for a title, or you tear it all down in the hopes of acquiring the pieces to one day do so. The middle class of the league was seen as a market inefficiency, otherwise known as “basketball purgatory.”

So when the New Orleans Pelicans and Sacramento Kings sacrificed future flexibility and capital for players who may or may not make them play-in participants, they were met with their fair share of criticism.

Oh well, they deserve it. They broke the rules, right? Or did they?

When you take a step back and look at the situations holistically, the teams actually made the right decision last week to go “all-in” for nothing more than the promise of mediocrity.

Don’t believe me? Let me explain.

Even if you feel that, when it’s all said and done, Tyrese Haliburton will be a better player than Domantas Sabonis (highly unlikely, it’s really hard to be an All-Star), there’s no question his fit with Fox was a bit wonky. And as a result, rumors had been percolating about splitting the young backcourt up for quite some time.

Now that the deed has been done, the fifth-year guard finally seems to be regaining his form. Over the last four games (an admittedly small sample), Fox is averaging 28.0 points and 4.8 assists on nearly 59% true shooting.

Based on the timing of the surge, it’s fair to presume that a lion’s share of his recent success can be attributed to his synergy with his newfound ball-screen partner:

Sabonis is unlocking Fox in a way no one has before him and the pairings’ success is emblematic of the widespread impact he can have on this team.

Overall, the Kings run the fourth-most pick-and-rolls in the league (per NBA.com). This is perfect because Sabonis is in the 85th percentile as a roller in that category. His excellence in this department begins with his elite screening. Rewind the tape above, and you’ll see he consistently sets hard screens that create space for the ball handler (second in the league in points off screen assists).

In the event that both defenders are preoccupied with his colleague, Sabonis, who owns a team-high 1.1 DRIP (our projection of a player’s contribution to a team’s plus-minus per 100 possessions), will subtly slip the screen and roll his way to the basket. From there, only three true outcomes exist:

Either way you let him burn you, a Sabonis-centered offense offers a strong base that amplifies the pieces on the board that surround him.

At the very least, he gives a solid foundation to build off of on that end of the court, something the Kings haven’t had in quite some time.

Steph Noh is correct in his proclamation that CJ McCollum has been the best player moved at the trade deadline thus far.

Out of the gates, he’s already the sneaky-good Pelicans’ second-best (healthy) offensive player (second on the team in offensive DRIP). And his hot start has primarily been driven by his ultra-versatile scoring.

Prior to the dumpster fire that was the Blazers 2021-22 season up until the deadline, McCollum was a devastating isolation scorer, grading out in the 70th percentile or higher in four of his past five seasons (per NBA.com). In New Orleans, he’s reinvigorated his fervor, and through five games, he currently sits in the 91st percentile in that play type. This is a welcome addition to a team that ranks dead last in points per possession (PPP) on isolations.

On top of his return to form in the art of “bucket-getting,” he’s also embraced the Pelicans’ transition inclination (tied for fifth in PPP), which will become even more important when his new, hyper-athletic star teammate returns to action (hopefully).

Speaking of which, moving forward, most of McCollum’s value will be tied to his ability to play off of and augment his two offensive co-stars: Brandon Ingram and Zion Williamson.

According to Scouting Consultant CJ Marchesani’s recent Gravity and Spacing estimates, the current Pelicans roster lacks players who can effectively pull defenders away from Ingram and Williamson, or who can capitalize when one of two carves out a pathway to points.

In his short time with the team, McCollum has already proven to be useful in both these areas (hence his high marks in those projections):

In the first clip, we see Ingram lean on his new teammate as a release valve when pressure comes and in return, McCollum validates his trust by attacking his man and executing a graceful side-step into a floater. In the second clip, McCollum’s on-ball scoring prowess garners the respect of the entire defense (with all five guys visually locked in on him at one point), so he reacts by flinging it to an open Naji Marshall in the corner.

In Portland, he was probably punching a tier above his weight class in attempting to play the part of a second option on offense. But here in New Orleans, if all goes according to plan, McCollum should flourish as a third option who operates primarily off-ball in starting lineups and ramps up the on-ball volume in bench configurations.

During the summer of 2019, when the Miami Heat wiggled their way into a sign-and-trade that landed them Jimmy Butler, they were greeted with both shock and confusion.

Pat Corleone strikes again with another Godfather-esque move, but why?

The same sorts of reactions were present after the Minnesota Timberwolves pulled off a surprise deadline trade for D’Angelo Russell in 2020 and the Chicago Bulls became the unlikely winners of the Nikola Vucevic deadline sweepstakes in 2021.

Fast forward to the present day, and the Butler-led Heat already have one Finals appearance under their belt and look mighty poised to challenge for another. The Timberwolves have their first stable core since the Garnett era, and Russell is now occasionally moonlighting as Draymond Green on defense. And the Zach Lavine/Vucevic tandem in Chicago was able to cajole DeMar DeRozan into doing his best Wilt Chamberlain impersonation in the Windy City.

Even though recency bias makes it difficult to remember, at the time, all these teams were mocked and berated for their seemingly aimless acquisitions of All-Star/sub-All-Star talent. And now, all three of these teams are in the midst of their best seasons in years.

So how do we know a similar developmental arc isn’t in store for the Kings and Pelicans?

The short answer is we don’t. We have no way of knowing what additional transactions these teams plan on making or what opportunities may arise because of these deals. All we know right now is that Sabonis and McCollum are damn good basketball players. And that, generally speaking, when you have a chance to acquire needle-moving talent, you pounce on that opportunity.

That’s essentially what the Kings and Pelicans did at the deadline. Take that, Tank Ball.