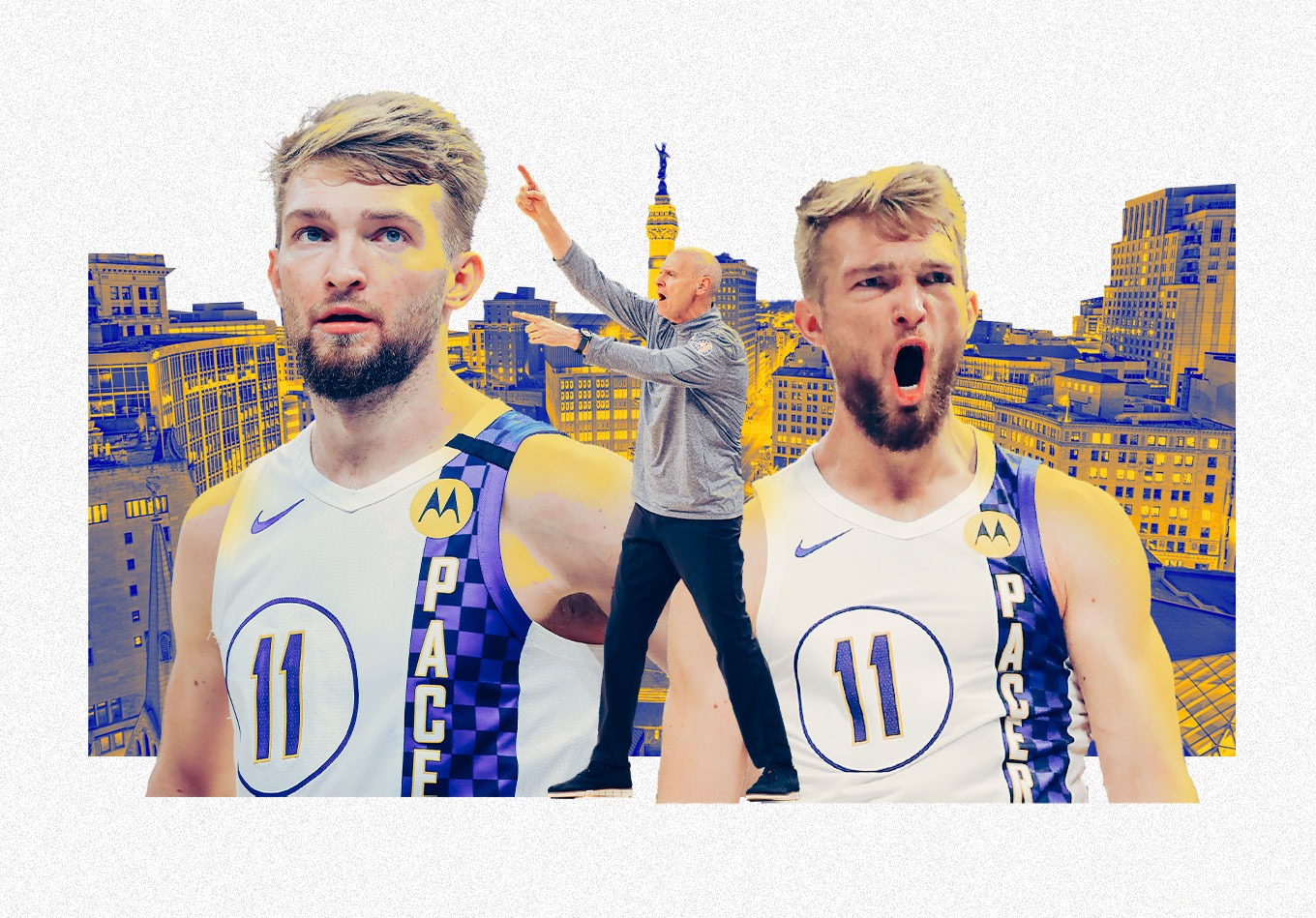 He’s averaging 18-12-4-1, eerily similar to his two All-Star seasons, when he slapped down 19-12-6-1 nightly. His 64.0 true shooting percentage is 8.7 points above league average, and the best mark of his six-year career. He’s 11th in the East in DRIP, which projects a player’s contribution to the team’s plus/minus per 100 possessions, and was named to our ‘halfway to the All-Star Game’ All-Star team. The Indiana Pacers sit 14th in offensive rating, just as they did a season ago.

Yet flip on a Pacers game or skim through numbers beneath the surface and the manner of Sabonis’ usage will, most likely, appear starkly different for the worse. Despite presumably upgrading at head coach, swapping Nate Bjorkgren for Rick Carlisle, better health from key pillars, Sabonis (no missed games vs. 10) and Myles Turner (one vs. 25), and the emergence of rookie Chris Duarte, Indiana finds itself 10-16, already 3.5 games out of a play-in berth.

Not all of that is tied to Carlisle and Co.’s deployment of the All-Star big man and the staff’s holistic offensive philosophy. Caris LeVert has struggled mightily to the tune of 48.9% true shooting in his 18 games. Justin Holiday’s complementary scoring and floor-spacing haven’t been as sharp as last season.

Duarte has performed admirably for a rookie, but, understandably, hasn’t replicated what Doug McDermott provided offensively during his Pacers tenure. TJ Warren has been sidelined all year – though he also played just four games in 2020-21.

Even given all those factors, this team should not be six games below .500, nor should it tout an offense barely treading better than league average. Carlisle’s approach offensively is responsible for some, perhaps a substantial portion, of the factors behind this poor start.

Such an opening third of the season has prompted Indiana’s front office to ponder serious changes. According to The Athletic’s Shams Charania and Bob Kravitz, the “Pacers are moving toward a substantial rebuild and are expected to open up trade conversations around some of the veteran stalwarts,” including LeVert and either Sabonis or Turner.

Whether Sabonis is settling into a new home come February or the Pacers right the ship to deter a rebuild, the way he’s predominantly been utilized in 2021-22 is not the blueprint for maximizing his offensive services.

Once rightfully expected to catalyze possessions, Sabonis is often being relegated to play-finishing duties this season. Much of his on-ball prominence entails screen-setting or facilitating dribble handoffs. Because he excels in those areas, they should remain part of his profile, but the degree to which they headline his resume is a problem.

Too much of his offensive involvements seem as though they merely occur rather than drawn up with him at the focal point. He’s a conduit for success instead of being considered as a potential driver of it.

Malcolm Brogdon is having a tremendous season, but is stretched too thin. LeVert’s play hasn’t warranted a 26.5% usage rate. Duarte has been quite good with off-ball or secondary creation tasks, but efforts grow much dicier as a lead initiator. Guys like Holiday and Torrey Craig should not be operating pick-and-rolls whatsoever, but they are doing so nonetheless.

As he did in Dallas with Luka Doncic, Carlisle is running a five-out scheme, except he’s banking on a bevy of flawed creators to duplicate Doncic by committee. But they can’t, of course, and the team’s best offensive engine is a 6-foot-11 interior-oriented big man, not a 6-foot-7 ball-screen maestro. Rather than adapting, Carlisle is imposing ideals upon the available personnel and breeding a discordant reality.

Sabonis is shoehorned into an ill-fitting stretch big archetype, an ode, in some capacity, to how Oklahoma City improperly viewed him during his brief stint. His .219 3-point rate is the highest among his five seasons as a Pacer and he’s hoisted 12 corner triples through 26 games – more than any year aside from his rookie season.

Carlisle wants him to space the floor, but defenses willingly let him fire from deep because he’s a career 31.6% 3-point shooter (27.9 this year). He’s neither spacing on a possession-by-possession basis, nor is he delivering when called upon – because those are not where his strengths reside. When he shares the court with a fellow center, ones better suited to bomb from the corners and less equipped as ball-screen partners, roles are still detrimentally reversed or applied.

Post-ups aren’t really Carlisle’s M.O and Sabonis isn’t a low-block savant like Joel Embiid or Nikola Jokic, per se. Yet such a regression is overly ambitious when the counter is entrusting faulty ball-handlers to create instead. The All-Star regularly has a chance to cook in the post and there’s nary an effort to feed him. Both ball-handlers and the coaching staff should better emphasize him on situations like these:

With an array of defenses commonly switching this season, Sabonis should increasingly be empowered to attack those mismatches to collapse the paint and spray passes to shooters or torch one-on-one coverage on his own. The occasional post-up separate from mismatch opportunities should persist as well.

Most of Indiana’s guards are not going to exploit switch-heavy attacks off the bounce and enacting consistent advantages is a weak point for the Pacers. Sabonis can accomplish them in the post and the elbow or bludgeon his way inside as a driver.

Leaning more heavily on his creation chops, whether it’s scoring or passing, could behoove the entire offense. He’s not one of the league’s foremost creators, but he’s assuredly a good and qualified one whose abilities are squandered to prioritize suboptimal offensive endeavors.

All of this feels like Carlisle scheming for the roster he wants, not the one at his disposal. In a utopian scenario where a top-three offense is possible, Sabonis would likely not sit at the core of a playbook. He also wouldn’t be a floor-spacer, even when cast into a background gig.

A generational offensive talent like Doncic or Dirk Nowitzki is not arriving at the doorstep. Sabonis is the best feature option for the Pacers to actualize their offensive ceiling and possibly return to playoff contention.

Simplifying his offense has complicated matters for everyone else. It’s one reason Indiana exists at a crossroads with this group. Wherever he plays out the rest of the season must rectify this by amplifying his strengths to benefit him and his team.