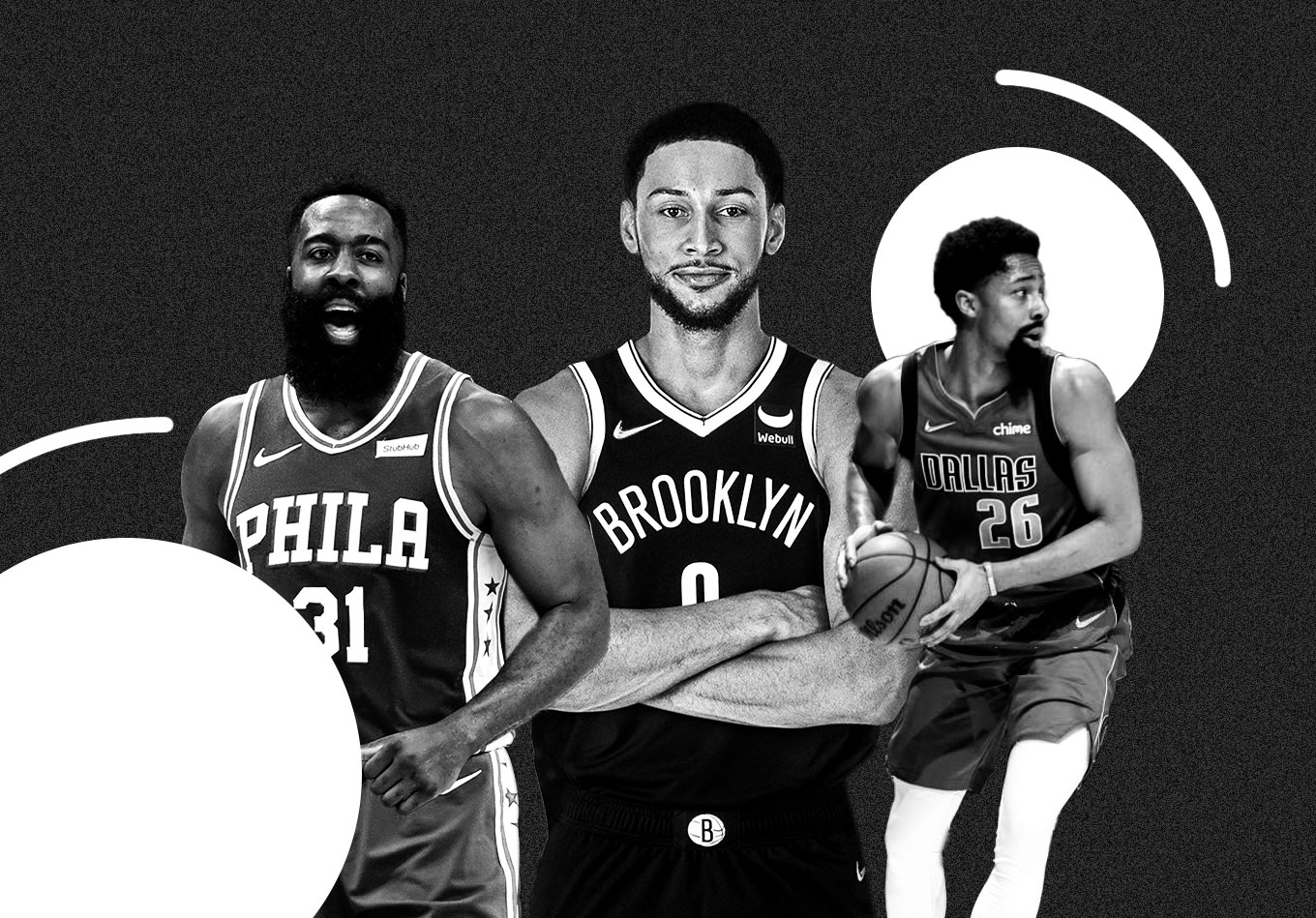 Practice Over Theory: What Will Be the on-Court Impact of the Trade Deadline’s Biggest Moves?

However, NBA trade deadline discourse can be counterproductive because it is often rooted in hearsay and speculation. To combat this, the best course of action is to sit back, let the dominoes fall, and wait for the midst to clear.

That’s exactly what we did here at The Analyst, and now that the fog has completely vanished, it’s time to assess how these new pieces fit – in practice.

To help us breakdown these moves, we caught up with some of the people covering the teams most impacted by last week’s events to figure out how their team’s newest additions can help provide positive value where it counts – on the hardwood.

Ben Simmons to the Brooklyn Nets

After nearly half a decade of being locked within a sub-optimal roster that featured a star-pairing with a classic, low-post patrolling bruiser and a supporting cast that only once in four years finished in the top half of the league in 3-point attempts per game, Simmons finally has the chance to be fully unleashed.

On paper, a fully healthy Nets roster features enough shooting to completely clear the lane and free up space for Simmons’ drive and kick game to shooters out on the perimeter. His new supporting group is also ripe with lethal transition finishers that will allow Simmons to properly utilize his unique blend of speed, size and passing.

This season, Durant sits in the 63rd percentile in transition possessions, Seth Curry in the 90th and Joe Harris in the 100th. Yes, I said 100th percentile (per NBA.com).

And they all managed these numbers without Simmons. When he does eventually captain the ship, it could very well be Showtime reincarnated.

“For a team that’s looking to whip the ball up the court at breakneck speeds, Simmons is the alpha omega leader for such a pugnacious transition offense. Being such a hellacious point-of-attack defender should guide Brooklyn into loads of fast-break opportunities, and Ben’s speed, size, and pinpoint passing to the Nets’ plethora shooters should make for one heck of a challenge to deal with.” – Matt Brooks, Nets Daily

On defense, the vision is a little less obvious. But Simmons is a two-time All-Defensive team selection who’s been a focal point in top-eight eight defenses three of his four years as a pro.

His 1.4 D-DRIP (our projection of his contribution to the team’s plus/minus per 100 possessions on defense) ranks first on the Nets and 20th in the league – a huge upgrade over James Harden’s minus-1.4.

With the right coaching and supplementary defensive personnel, his predatorial point-of-attack prowess could help shape the Nets into a top-10 defense in the way that Alex Caruso and Lonzo Ball were early this season for the Chicago Bulls.

James Harden to the Philadelphia 76ers

For all his disgruntled exits and long nights out partying, Harden is still one of the best offensive players on the planet. He’s currently seventh among players with at least 700 minutes in the offensive version of DRIP, making him the only 76er other than Embiid to place in the top 75.

And before this peculiar season, a Harden-led team has not finished outside the top seven in offense since 2014-15.

“A much bigger issue for Philadelphia in recent years has been a lack of dribble-drive creation and high-level passing, two areas Harden’s arrival addresses. They’ve been critically short on guys to easily feed (Joel) Embiid inside, hit open teammates when defenses sell out to deny him position, be comfortable against ball pressure, or consistently get two feet in the paint. Harden, when engaged, checks all those boxes.” – Jackson Frank, Dime UPROXX/The Analyst

Aside from the relief he’ll provide to Embiid, Harden also has a well-documented penchant for maximizing the offensive outputs of his more defensively inclined teammates (see P.J. Tucker).

This ability could work wonders for his new teammate, Matisse Thybulle, who, despite his rapid ascension into defensive royalty, has struggled to hit the 30-minute per game mark because of his limitations on offense. Sharing the court with Harden could help remedy Thybulle’s issues the way it did for Tucker since he’ll now have someone who can consistently dime him up on cuts or pitch him open looks in the corner.

Such a revelation would be a massive plus as it would allow Doc Rivers to unleash arguably the best perimeter defender in the league for 30-35 minutes a night.

Derrick White to the Boston Celtics

Despite tying for 15th in the league in defensive rating (108.7) and ranking 21st in the points allowed per game (111.8), the San Antonio Spurs had a dangerous trio of players on that end of the court, and White was a staple cast member of that holy trinity in San Antonio.

Now he becomes the fourth Celtic in the top 60 in D-DRIP, making Boston one of four teams (one being the Los Angeles Clippers) to boasts such a feat. His short tenure as a Celtic has already yielded some breathtaking results. In his first 300 possessions with the team, the Celtics are posting an absurd 99.7 defensive rating.

On offense, White’s quick and decisive brand of playmaking is a welcome addition to a team that has struggled in the past with maintaining fluid half-court offense.

This season, White is holding on to the ball for an average of 3.86 seconds per touch, which is a solid decrease from his authoritative predecessor, Dennis Schroder, who wielded the rock for nearly five seconds on his touches (per NBA.com).

“Derrick White is a high-level guard defender who can also see the floor quickly and make the right pass on offense. His perimeter shot is a question mark, but he should help Boston keep the ball moving while turning them into even more of a defensive powerhouse.”– Ethan Fuller, Basketball News

Transitioning to a playmaker like White eliminates inefficient dribbles and expedites the Celtics’ process of getting the ball in the hands of their two stars on the wing.

Spencer Dinwiddie and Davis Bertans to the Dallas Mavericks

Dallas currently has the eighth-worst bench in basketball, and all of the playoff teams behind it in this category have at least two starters averaging at least 20.0 points per game to shore things up.

The Mavericks only have Luka, so getting a player like Dinwiddie – who’s only a few years removed from averaging 16.8 points off the bench – was a smart endeavor.

As for Bertans, I think he summarizes how the change in scenery will impact his performance best:

His decline in outside shooting has been well-documented, but it’s worth pointing out Bertans is still shooting 42.4% on “wide open” 3-point attempts (per NBA.com).

“Dinwiddie, in theory, can help operate a second unit which has lacked scoring punch outside of Jalen Brunson. Bertans can hit some of the many wide-open looks Luka Doncic provides his teammates. That’s the best bet at least.”– Kirk Henderson, Mavs Moneyball

With Doncic, Bertans will be flanking an offensive general that can create shots that he’s more apt at converting at a higher rate.

Thaddeus Young to the Toronto Raptors

Young fits the Raptors’ current team-building philosophy in that he’s got size and is capable of making reads as a secondary and tertiary playmaker.

However, Young can also masquerade as a passing hub in spots, as evidenced by his synergy with Zach LaVine last season. LaVine benefited greatly from having the luxury of outsourcing creation duties to Young and getting into his spots by playing off him.

“He’s 6-foot-9, so he’s at least allowed to be on the roster. And he fits in defensively as a long and positional defender. Offensively, he brings some skills – playmaking and scoring – that are lacking off the bench. So he should address weaknesses without sacrificing strengths.” – Louis Zatzman, Raptors Republic

Another off-ball orientated guard who could benefit from playing off Young is Raptors starter Gary Trent Jr. So far this year, Trent is right around league average in efficiency with a 55.6 true shooting percentage. But that number could bump up a few percentage points after he’s had the chance to partner up with Young on some dribble-handoff actions or been the receiving end of some of his crisp short roll passes.

Some of you may be left wondering where the sections on the CJ McCollum and Domantas Sabonis trades are. Well, never fear, their omissions were intentional, as we will be taking a more in-depth look at the long-term ramifications of those win-now deals later this week. 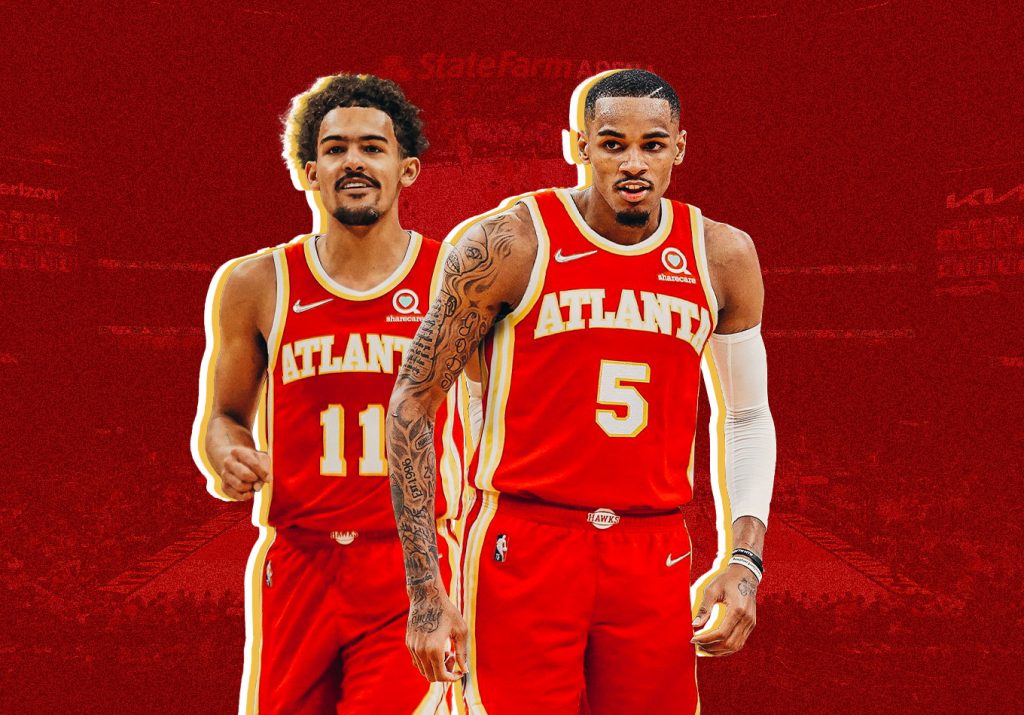