Answering the Call(Up): How Kyle Guy Made the Most of His Omicron Opportunity | The Analyst 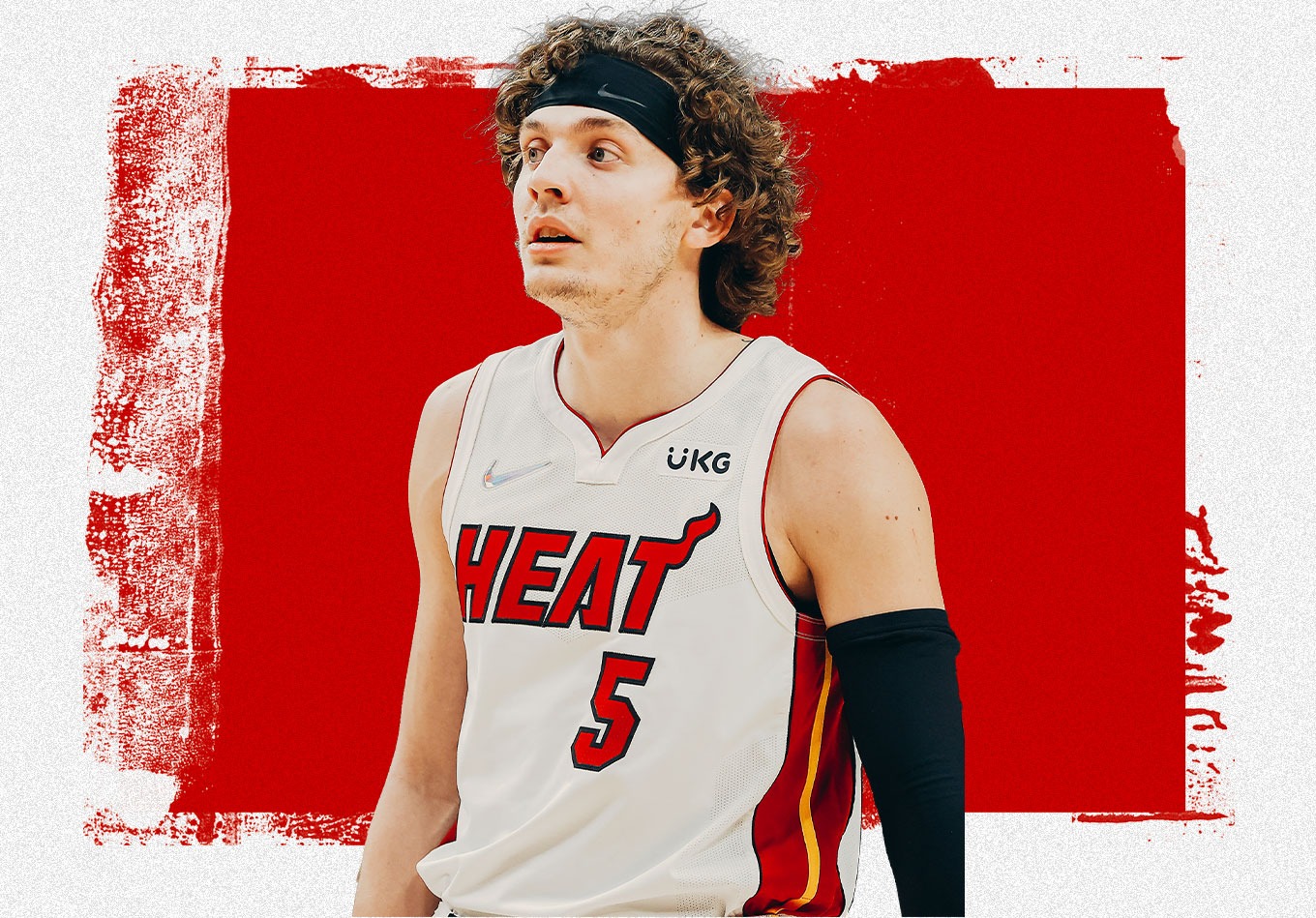 Answering the Call(Up): How Kyle Guy Made the Most of His Omicron Opportunity

Even though the regular season was only approaching 40% completion at the time, the NBA broke its record for players appearing in a season on Dec. 27.

As we mentioned in Part 1 of this series, this uptick in player appearances was out of necessity as 247 players entered the league’s health and safety protocols throughout the month of December.

The league, to its credit, was quick on its feet and, in collaboration with the NBPA, settled on some adjustments to roster rules to avoid game postponements and enable teams to temporarily replace COVID-inactive players.

The NBA’s current state of hardship exemption and 10-day opportunities (many of which lead to a chance at immediate significant minutes) has cracked the door open for many guards who otherwise would’ve faced seemingly insurmountable odds of breaking into the league.

A mere seven months prior to making his NBA debut, Hassani Gravett was duking it out against KK Rabotnički in the Macedonian Superleague. At that time, Keifer Sykes was Down Under, lacing them up for the Southeast Melbourne Phoenix. Kyle Guy was playing his final game with the Sacramento Kings after shooting just 24.2% over April and May.

Few, if any, could have foreseen these three guards getting significant NBA minutes, let alone contributing legitimate value, before the turn of the calendar year. But here we are.

While “The Bubble” will certainly leave the most searing image in our brains from the NBA COVID-era, the fallout of the winter 2021-22 Omicron variant wave may, in fact, have the most tangible impact on the league moving forward.

Now that the Omicron wave has (hopefully) come and gone, let’s take a step back and look at who stood out in the midst of the chaos. In the second of this two-part series, we’ll dive into how Guy seized his moment and may end up sticking as a rotation player.

At Virginia, Guy had a Steph Curry-esque combination of production, shooting volume and efficiency. In fact, they’re the only two Division I players in the past 15 years with 500 or more 3-point attempts, a plus-5.0 OBPM and plus-2.0 DBPM (offensive and defensive box plus-minus), a 3-point percentage of 40.0 or better and a free-throw percentage of 80.0 or better, and a positive assist-to-turnover ratio.

Sounds like the résumé of a surefire first-round draft selection, right?

As it turns out, Guy’s collegiate accolades didn’t align with how scouts perceived this translatability to the NBA. He ranked 79th in our weighted consensus draft rankings algorithm (which aggregates mocks drafts and big boards from dozens of scouting sources) and barely snuck into the back end of the second round of the 2019 NBA Draft.

But what did the numbers say? Our AutoStats player tracking data-driven model projected Guy as having quite a good chance of making the NBA.

The model gave Guy a 78.9% probability of making the NBA, significantly higher than what history bears out with players selected 55th overall in the draft. In the lottery era (since 1985), 38.7% of players picked 55th overall have never even set foot on an NBA court.

Only 11, including Guy, have suited up for at least half of a full NBA season (41 or more games). Below, you’ll see a balance of positive and negative contributions to Guy’s NBA translation in each category. Each category is a rolled up aggregation of a plethora of granular AutoStats data points.

The most successful player drafted 55th overall in the lottery era is undeniably Patty Mills, who has carved out a niche as a reliable guard off the bench to the tune of 7,000+ career points on 42.8/39.1/85.7 splits over a 12+ year NBA career.

Let’s take a peek at how Mills and Guy compare over the first 49 games of their respective NBA careers:

While Guy meticulously studies the intricacies of Curry’s game and they share some stylistic parallels, the Curry comp above doesn’t represent a realistic NBA path for Guy. Curry is an irreplicable all-time great – a true outlier. Gearing his career toward fulfilling a Mills archetypal mold is a better, more likely trajectory for Guy.

While not in the same stratosphere as Curry, Mills plays an effective bench version of a small on/off-ball guard with a deadly, versatile jump shot. For what he lacks in defensive tools, Mills makes up for it with a combination of high IQ and feistiness.

While Guy’s game-to-game defensive performance has waxed and waned, it’s to be expected for a small guard less than 50 games into his NBA career. What is evident, however, is Guy’s effort and keen understanding of team defensive principles that have carried through from Virginia’s pack line concept to Miami’s blended man-to-man/zone defensive concepts.

While the scouting perception of his defensive translation hindered his draft stock, Guy graded out strongly in player tracking-driven shot-defending, pick-and-roll defending and rebounding metrics among all guards in the AutoStats historical catalog dating back 10 years.

The bones are there for Guy to outperform his pre-draft perception as a defender and become passable enough on that end to stay on the court and provide his immense shooting value as a regular NBA rotation player.

As it turns out, it wasn’t just the AutoStats model that had confidence in Guy’s NBA future. Guy was pretty certain he was going to make it, too.

“His greatest attribute is his coachability and willingness to take constructive criticism so he can learn what he needs to do better and then apply it,” Grant, also a performance mindset coach, added.

And apply it, he has – with confidence.

“I remember vividly playing against Kyle here at Gainbridge (Fieldhouse in Indianapolis),” Indiana Pacers guard Keifer Sykes said. “He was arguing with our coaches and I remember he said: ‘I should be here.'”

It was a homecoming for Guy, an Indianapolis native, who rolled into his hometown franchise’s arena exuding Reggie Miller-like confidence in his sole 10-minute preseason appearance with the Cleveland Cavaliers.

Kyle would spend the next two months with the Canton Charge in the NBA G League, but his uber-confidence and self-belief made him ready to seize the next NBA opportunity that would soon come his way.

The Heat took notice of Guy after he put up 21.8 points, 7.8 rebounds and 4.4 assists per game on a 61.6 true shooting percentage in 11 G League games. He was called up on a 10-day contract on Dec. 30 and suited up for his first game in a Heat uniform the next day.

It’s safe to say he seized his moment.

Guy dropped 17 points (including four 3-pointers) and added four rebounds, four assists and three steals in a victory over the Houston Rockets.

He was right… he should be here. The Heat shared his sentiment, inking Guy to a second 10-day contract and, at its conclusion, signing him to a two-way contract.

While he’s been in and out of the rotation of late as the Heat have finally gotten back to full health, Guy has shown enough throughout his 175 minutes played this season to vie for the Heat’s 15th roster spot (currently occupied by Haywood Highsmith on a 10-day contract) if they strike out in the buyout market.

Even if things don’t shake his way immediately with a rest-of-season deal, Guy’s impressive stints in keeping the Heat afloat amidst Omicron and a slew of injuries to key players should bode well for his free agency market this summer.