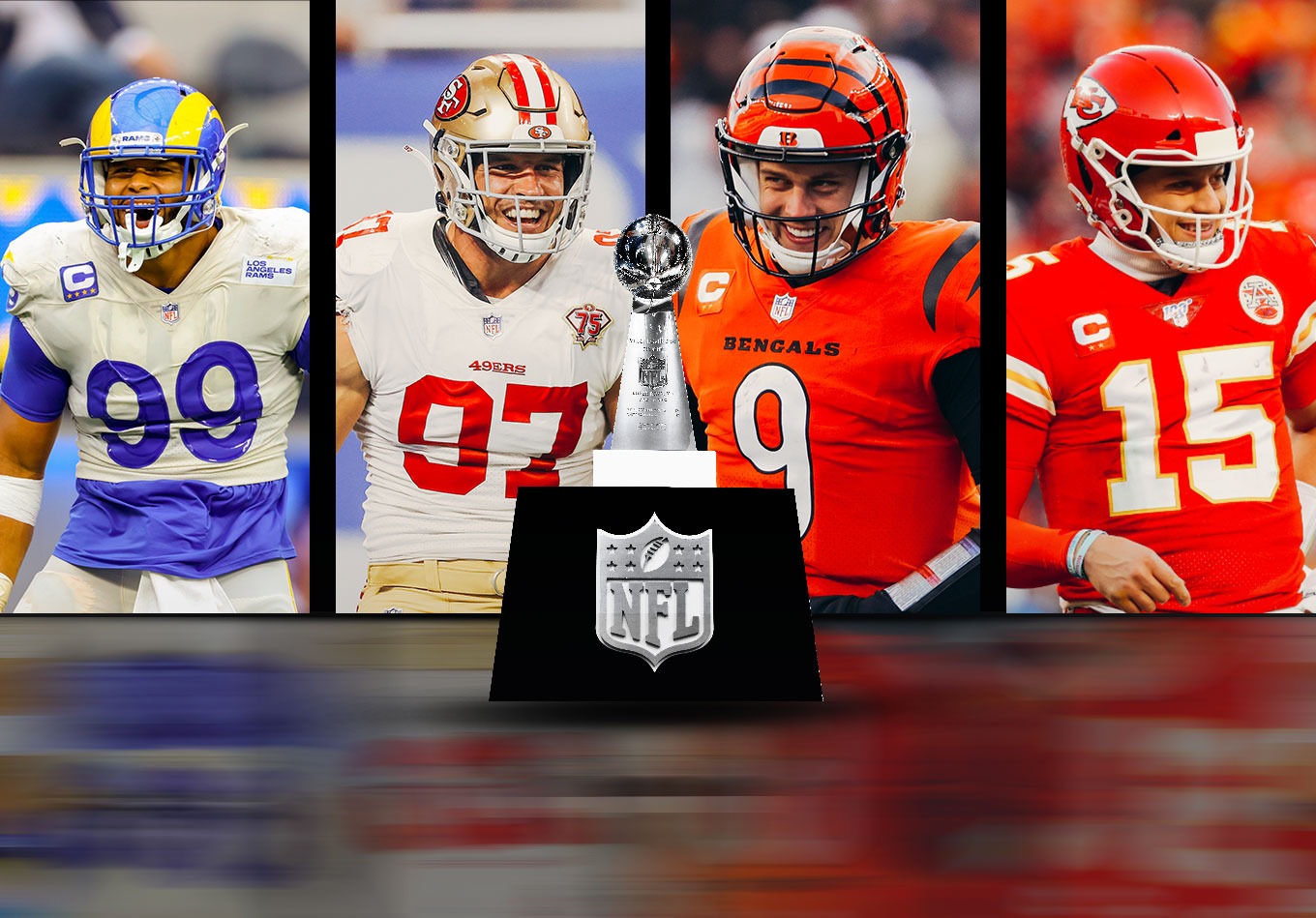 There wasn’t much value in being the favorite in the divisional round of the NFL playoffs.

An incredible overtime win over the Buffalo Bills saw the Kansas City Chiefs, the sole favorite to emerge victorious, join them in moving one game away from the Super Bowl.

Despite a victory in a game many have already labeled as the best playoff game of all time, the Chiefs’ position in the Super Bowl odds by our rest-of-season projection has gone down, with the Rams leapfrogging them and taking their spot as the team most likely to lift the Lombardi Trophy on Feb. 13.

So how has a week of action in which the Chiefs were victorious flipped the odds against Kansas City?

Rest-of-season or, in this case, postseason projection projects every future game to give a predicted win percentage for each team across its remaining games. Rather than being a simulator of future games, the projections are calculated by looking at each team’s quarterback and QB EVE – performance in terms of yards added in expected passing situations – as well as team values for pass protection/pass rush, skill position players/coverage defenders and run blocking/run defense.

For the playoffs, the projection has been used to calculate each team’s odds of winning a home game against every postseason team, with those predictions then used to forecast each franchise’s chances of reaching and winning the Super Bowl.

Last week, prior to the divisional games, the Chiefs were given a 27% shot to win the Super Bowl for the second time in three seasons, just ahead of the Rams on 26.3%.

Following their respective victories, the Chiefs are viewed as having a 37.8% chance of taking the silverware back to Missouri. The more likely outcome, at least according to our projection, is that the trophy stays at SoFi Stadium with the Rams, whose odds of winning it for only the second time in franchise history have ballooned to 38.2.

It is not a huge margin between the two, but the change at the top is enough to raise eyebrows given how devastating the Chiefs were on offense in defeating the Bills.

But the Rams’ position as the new Super Bowl favorite is more a reflection of the potential opponents, rather than a commentary on the merits of the respective teams.

Kansas City already has experience of one nerve-shredding Super Bowl with an NFC West opponent, coming back from 20-10 down in the fourth quarter to beat the 49ers two years ago in Super Bowl LIV.

And our projection expects either a meeting with the Rams or a rematch with the Niners to be similarly tense. The Chiefs would not be considered favorites in a home game with the Rams, with Kansas City given just a 45.2% chance to triumph.

That number improves significantly in a matchup with the 49ers, against whom the Chiefs have 58.2% odds of winning a home game.

It is still not an overly decisive margin, however, and pales in comparison to the Rams’ prospects of beating the alternative AFC representative, the Bengals. Cincinnati would have just a 16.8% shot of winning a road game with Los Angeles, and those odds improve to just 19.8% in a home game.

In other words, while a close game likely beckons for the Chiefs regardless of who wins the NFC championship game, an upset win for the Bengals in Kansas City would make the Rams or the Niners (72.1% home game, 67.2% away game) clear favorites to win the Super Bowl on the neutral field site at SoFi Stadium.

That’s why the Rams are now the team most likely to win it all, according to our projection.

The Bengals’ status as massive underdogs even after making it this far is in part based on the struggles of an offensive line that ranked 25th in our pass protection win rate and allowed nine sacks in the divisional round win over the Tennessee Titans.

San Francisco (first), Los Angeles (second) and the Chiefs (15th) each ranked in the top half of the NFL in pass-rush win rate, meaning Cincinnati will be at a clear disadvantage in the trenches in the AFC championship game and in a potential Super Bowl matchup.

The 2021 NFL season has been full of surprises, but the numbers point to the Rams playing in a home Super Bowl against the Chiefs.

So, is everybody ready for Niners-Bengals?