The Yays and Nays: Our Week 14 Fantasy Football Projections, Top Plays and DFS Picks | The Analyst 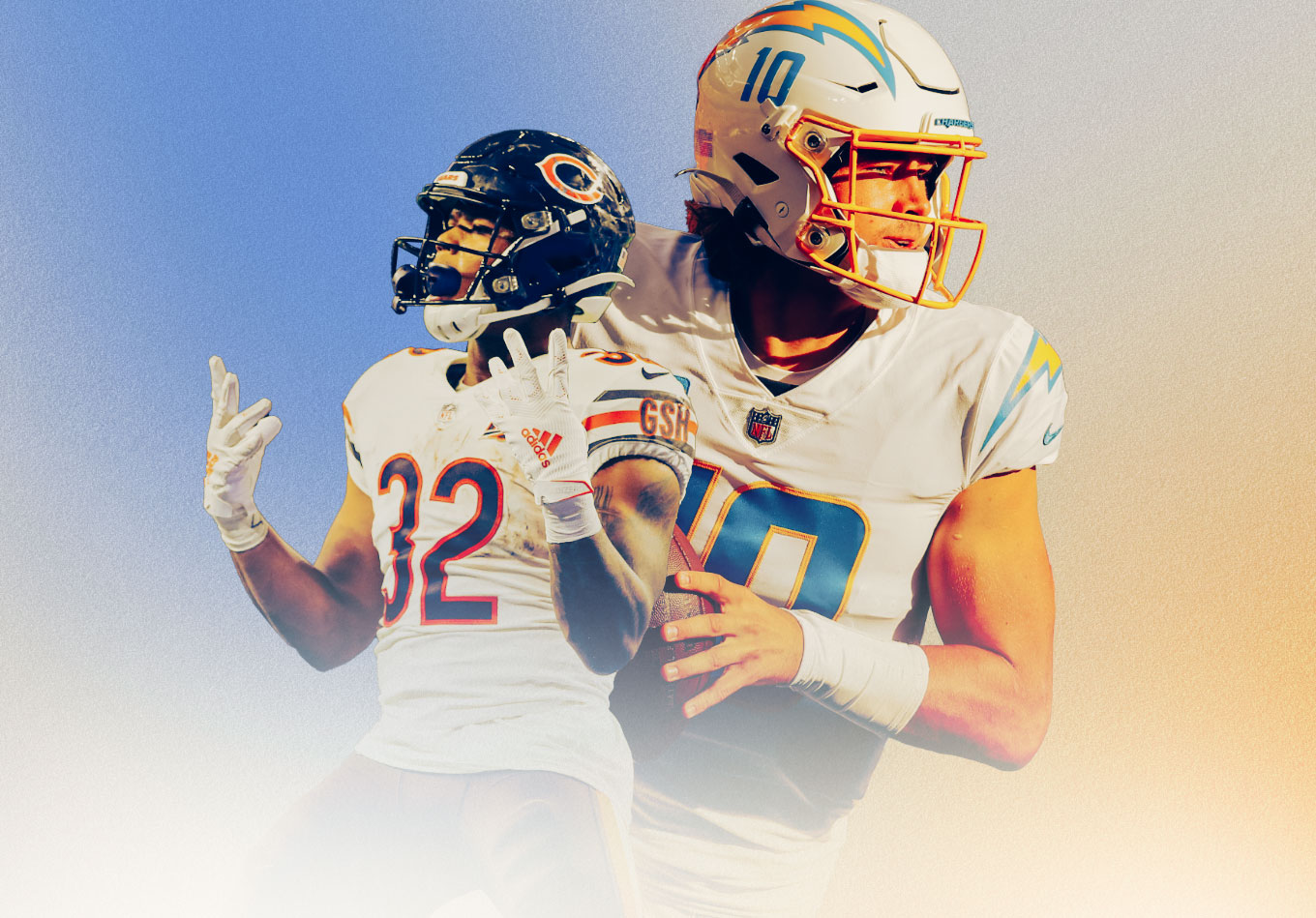 Whether you are starting your fantasy playoffs this week or are in one of the final couple weeks of your season, we are now deep into the home stretch of fantasy football.

And as we get closer to Christmas and into the fantasy playoffs, one other critical factor enters the minds of fantasy managers everywhere – weather conditions.

Did you watch Monday night’s AFC East showdown? Did you see the weather? Mac Jones threw three passes the entire game, and no, that is not a typo. Josh Allen only completed 50.0% of his passes (15 of 30) – his lowest completion percentage in a game this season. Twenty-eight quarterbacks started a game in Week 14, and Jones finished 29th in fantasy points. Allen finished 22nd.

Well, Allen fell to QB2 on the season this week, behind the ageless Tom Brady. This week, those two superstars face each other in Tampa Bay, where the weather will be something close to perfect. But for Allen, it could be his last game in favorable weather conditions. The locations for his remaining games? Buffalo, New England, Buffalo, and if your league plays in Week 18, Buffalo once again.

Brady has games in Weeks 16 and 17 outdoors in Carolina and New Jersey.

Jalen Hurts (QB4) will play all his remaining regular-season games outside on the East Coast. In what is most league’s fantasy championship week, Matthew Stafford (QB5) travels to Baltimore in Week 17. Patrick Mahomes (QB6) plays games at home in Week 16 and in Cincinnati in Week 17.

Now, bad weather conditions don’t mean an elite quarterback or wide receiver become unplayable. It doesn’t mean they can’t have a great week. In fact, in cold and windy conditions in Foxborough in Week 16 last season, Allen threw for 320 yards and four touchdowns and Stefon Diggs caught nine balls for 145 yards and three touchdowns. If you started either player in your championship matchup, chances are you won.

And after all that talk about the weather, we slowly meander to the player who is QB3 on the season. A quarterback who is playing elite football and whose schedule is as favorable as can possibly be – Justin Herbert.

Here is where Herbert and the Los Angeles Chargers play their final five games of the season. Dome, dome, dome, dome, dome. Here’s where their opponents rank in passing yards allowed per game: 17th, 24th, 15th, 10th and 13th.

No quarterback has scored more points than Herbert over the last five weeks, when Herbert has finished as a top-three QB three times, including twice as QB1. Herbert has thrown for 300 yards in four of the games and critically, three of Herbert’s four highest rushing outputs of the season have occurred during this stretch as well.

With his favorable schedule, Herbert has a realistic chance of finishing the season as QB1. Fantasy playoffs are coming up and if Herbert is your quarterback, you should feel very confident.

As always, we’re breaking down our data-driven projections that use several of our AI-powered models. We’ll also get into some yays and nays before highlighting a few DFS value plays.

Luckily for Mahomes’ fantasy managers everywhere, that one performance was a Week 10 dismantling of the Las Vegas Raiders. Mahomes threw for 406 yards and five touchdowns and finished the week as the clear top quarterback. The first three of those touchdowns happened in the red zone, a place Las Vegas has struggled all season. Teams score touchdowns at a nearly unbelievable rate (77.4%) against the Raiders in the red zone.

Among the many reasons our models were high on Montgomery last week, the most significant factor was Montgomery’s share of touches in the backfield. And last week, Montgomery finished with 29 of the 34 touches by a Bears running back. This week, no running back is projected to carry the ball or receive more touches than Montgomery.

Because he’s projected to see more than 20 touches again this week, Montgomery’s floor is extremely high. And if he can get in the end zone like he did last week, another top-five performance is certainly within reach.

Brandin Cooks, WR (HOU) vs. SEA (ECR: 22, Our Rank: 7): Here’s how bad things have gone for Cooks this season. Davis Mills is starting at quarterback this week for the Houston Texans and our models suspect that Cooks is about to receive an upgrade in quarterback play. Yikes.

Despite all the difficulties, Cooks is once again on pace for another 1,000-yard receiving season. And this week may be his best chance to produce one more spectacular fantasy effort for those fantasy managers who have remained patient with him. With Mills as his quarterback, Cooks averaged over six receptions per game, compared to having just eight receptions in his last three games with Tyrod Taylor.

This is, by far, the biggest surprise from our projections this week. Cooks is projected for over five catches and 80 receiving yards. Two of Cooks’ three touchdowns this year have come at home. If he can score another one this week, he can vault himself to the WR1 tier.

Kyler Murray, QB (ARI) vs. LAR (ECR: 2, Our Rank: 10): Murray’s first game back from injury was a rousing success. He ended with 30 points for only the third time all season, his first such performance since Week 2. It was Murray’s first game with multiple rushing touchdowns in a game this season and his 59 rushing yards was a season high – the first time he had more than 40 rushing yards in any game.

Things get much tougher this week against a Los Angeles Rams defense that has yet to allow any quarterback to rush for 40 yards in a game. Led by the incomparable Aaron Donald, the Rams rank fourth in sacks (32) and third in rush defense EVE at minus-0.43 yards allowed under expected and fifth in percentage of opponent rushes that go for more than four yards (41.6%).

Back in the first matchup between these two teams in Week 4, Murray threw for 268 yards and two touchdowns. But with only 39 rushing yards and no rushing touchdowns, he ended the week with 22.62 points, which left him at QB9. He’s still a player you’re starting, but expectations of a top-three finish should be tempered.

Cordarrelle Patterson, RB (ATL) vs. CAR (ECR: 6, Our Rank: 23): Patterson has been one of fantasy football’s most surprising stars all season. Entering Week 14, Patterson is RB6 and he remains one of the most consistent players in fantasy, with only one performance with less than 12 PPR points since Week 1.

The real problem for Patterson this week is that despite his best efforts, his Atlanta Falcons offense is one of the poorest in the NFL and the Carolina Panthers have one of the NFL’s best defenses. The Panthers allow the second fewest yards per play (4.86), yards per game (290.9) and are third overall in defensive EVE. It also is strong at minimizing big plays, ranking third in the NFL of plays allowed of greater than 10 yards.

Patterson scored the Falcons’ only touchdown in that game against Carolina earlier this season, salvaging his fantasy week. Because of the strength of the Panthers’ defense, Patterson is more touchdown dependent than normal. Our models agree, however, that Patterson’s floor is high, which is why he’s regarded as a low-end RB2 this week.

DJ Moore, WR (CAR) vs. ATL (ECR: 15, Our Rank: 24): Remember when DJ Moore was absolutely tearing up the league through four weeks? His drop-off since then has been dramatic. How dramatic? In PPR formats, Moore has scored 176.90 points this season. More than half of them (89.7) came in those first four weeks.

Why has his performance declined? While there are a lot of factors – including Moore historically being poor at scoring touchdowns, the main factor is a convergence of poor quarterback play combined with Moore not getting open. Of all the players with more than 95 targets on the season, Moore’s open percentage (71.8%) is the third lowest.

Meanwhile, Cam Newton has the lowest completion percentage in the league and is only 23rd overall in well-thrown percentage, which measures how well a quarterback makes an accurate, on-target throw.

When these teams played on Halloween, Carolina ran the ball 47 times and trusted its defense to carry the team to victory. There’s no reason to think the Panthers won’t do the same thing this week. Newton has the second fewest projected pass attempts. With limited opportunities, and with a penchant of being unable to find the end zone, Moore is a risky WR2 this week.

Ty Johnson, RB (NYJ) vs. NO (DK Price: 4,400): Playing the New Orleans Saints is always a brutal matchup, but volume at this price is gold. With Tevin Coleman and Michael Carter both out, Johnson is likely to see plenty of touches. He’s got two games with at least five catches this season. If he can do that again, he’ll likely provide enough value to be worth his price.

Marvin Jones Jr, (WR) vs. TEN (DK Price: 4,500): Jones only has 10 catches in his last four games. It’s been a struggle to get him the ball all season long and his price reflects it. That he’s one of our best values may be a little bit of a surprise, but our models like Jones’ chances of finishing as a top-25 WR. If he can do that, he may help carry your lineup to victory.

Travis Kelce, TE (KC) vs. LV (DK Price: 7,400): He’s going to cost you a lot, but Kelce is worth his price this week. Kelce nabbed eight balls for 119 yards in the Chiefs’ win over Las Vegas earlier this season. He finished the week as the top scoring tight end in fantasy, despite every other tight end in the top five scoring at least once. If he can get in the end zone, Kelce can challenge for the top overall spot in fantasy this week.